Home > News > Opinion: Surprise! Your curricula are under review
News

Opinion: Surprise! Your curricula are under review 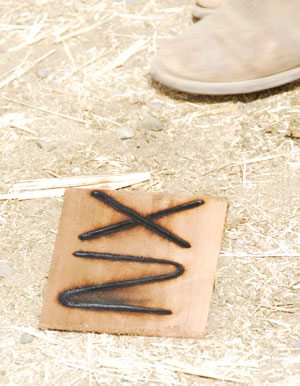 The brand of the University of Nevada’s Agricultural Experiment Station

There is no easy or painless way to deal with dramatic budget shortfalls. The fact is this: The University of Nevada, Reno will lose faculty, administrative support, academic programs and students in the near future. And, despite the incessant gripes of Nevada’s anti-government and anti-tax naysayers, the effect to the people of northern Nevada will be dramatic.

The economic benefit of having just one student attend the University is multiple thousands of dollars into the local economy each semester. Faculty with extramural funding bring millions to the community in the form of new personnel, the ability to hire graduate students, facility enhancements, indirect costs paid back to the University campus and countless spillover transactions with the community and state at large.

The benefits of higher education institutions, even with their imperfections and regular controversies, extend far beyond any real or imagined ivory towers.

Part of common misunderstandings about universities involve not only complex funding arrangements — take a class in higher education finance, while you still can, and it will be illuminating — but how such institutions are governed. A tenet of higher education governance is the notion of shared decision making.

Higher education scholars have written volumes about the structural realities of postsecondary institutions, which arguably differ radically from any other kind of organization to such degrees that the notion of trying to manage an institution “like a business” is both cliché and laughable. Nevertheless, effective university administrators inherently strive for efficiency, accountability and the encouragement of divergent opinions both academically and administratively.

The rub comes, of course, with the efforts of university administrations that make decisions for the rest of campus, decision-making processes that have the appearance of coming from the top down without consult or input from affected parties — in this case, students, faculty, alumni, donors and other administrators.

That’s the case with recent budget cut proposals launched the day the special session of the 2010 legislature ended. The session adjourned at 2:16 a.m. on March 1. The University sent out at 5:30 p.m. its proposal to deal with the Legislature’s 6.9% budget shortfall, to the shock of people across campus who had not been privy to the details of proposed cuts outlined in the document.

Despite the University Provost wanting to give the impression that the proposal was crafted collaboratively, the administrators, faculty and students whose programs, colleges and departments that were named in the proposal were surprised by its contents.

By way of contrast, Truckee Meadows Community College President Maria Sheehan sent to the TMCC community an email on March 3 outlining dollar amounts needed to meet the 6.9% reduction with a note that, “We will proceed with our planning process throughout this year” and encouraging faculty and staff to “please participate in the planning and budget process so that all views are considered as we chart our future together.”

The University of Nevada, Las Vegas held an open event about budget cuts on March 2, reportedly saying, “no decisions have been made on which departments or how many of them will be eliminated. (UNLV President Neal Smatresk) noted that a list that has been circulating of the 20 most expensive departments at the university – many of them science programs – is a starting point. But it is that only. He said the departments that are ultimately eliminated may or may not come from that list.”

The University, however, had a fairly detailed plan ready to go. By many accounts, the plan’s details don’t add up, either monetarily or in terms of the rationales offered for being included in the curricular review process.