Part 2 in an ongoing series about University of Nevada, Reno budget cut proposals

“We believe the future is bright and the College (of Agriculture) will continue to be a key part of the communities throughout the State of Nevada.” 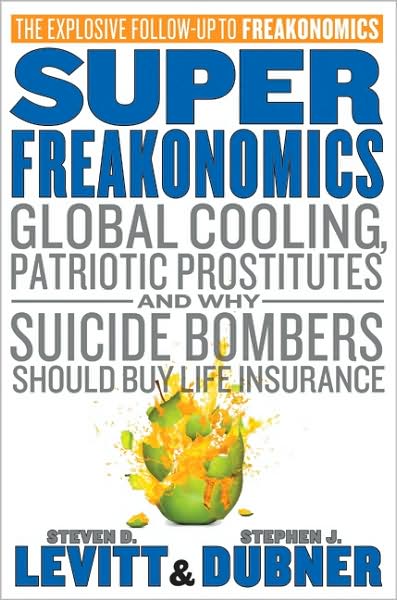 If it’s anything like Freakonomics: A Rogue Economist Explores the Hidden Side of Everything, published originally in the mid-2000s, it may become one of the top best-sellers of the next few years. Appearances are that it will be as popular, and though I’m only about half-way into SuperFreakonomics, it’s every bit as good as its predecessor.

In SuperFreakonomics, a section of one chapter is devoted to the work of John List, professor of economics at the University of Chicago.

List, according to SuperFreakonomics authors Steven Levitt and Stephen Dubner, is credited with upending previous, Nobel-Prize winning research on human altruism. For his unconventional and profound work, he’s described by Levitt and Dubner as being characterized as a pariah in the world of economics.

List’s work, having international prominence and impact on what it actually means to be human, has a tie to Reno.

I wrote about it in 2006. Basically, a List-led study used University of Nevada students as important players in the research – they ranked the beauty of door-to-door solicitors requesting money for a charitable cause. The study found that white blondes soliciting door-to-door for charities can raise more money – 70 percent more – than brunettes or non-white females.

When critics of public services – often anti-taxers who cherry-pick data in order to reach only the conclusions that support their dogma – take issue with the ill-perceived benefits of things like public support of higher education, it is frequently difficult to quantify those services as a viable public good worthy of support.

When the List study was published, and we managed to get some local TV news media interest in the local tie to the story that was featured on ABC’s 20/20, one person remarked:

“We pay people to research this shit?”

Yes, we do. And the reason why is frequently non-tangible, and yes, worthy of questioning. The logic, however, is that such studies can and do benefit society in ways that are sometimes difficult to measure, especially if impacts of research are not known for years – maybe even centuries. This is perhaps not satisfactory to higher education’s many critics, who demand to see more immediate results.

Just as List’s upturning of Nobel-Prize-winning research will likely turn out to be pioneering – if it is not accepted among his peers now, it most certainly will be down the road – the worth of such scholarship frequently appears elusive and may perhaps never be fully realized in the public consciousness.

For Reno, the ability to take part in List’s study is perhaps a mere footnote. At the time the research was published, the study’s co-author was Michael Price, then an assistant professor in the University’s Department of Resource Economics.

It was Price who brought the List connection to the Truckee Meadows and who recruited University students to take part in research that ultimately got John Stossel’s attention, and was even mentioned by Stephen Dubner on the Freakonomics blog.

In other words, the worth of this department is being considered with specific and limited measures, not the same criteria by which the field of resource economics is based and by which profound discoveries of human behavior are made.

The department’s Klaus Moeltner once put his field in context this way:

“You always have to see the big picture of society’s resource needs and implicit resource costs,” Moeltner says. “This requires the inclusion of non-market aspects in any thorough benefit-cost analysis of planned resource use.”

With that in mind, it is darkly ironic that the Department of Resource Economics showed up in the University’s budget-cut proposals at all.