Opinion: The Regents giveth, the Regents taketh away 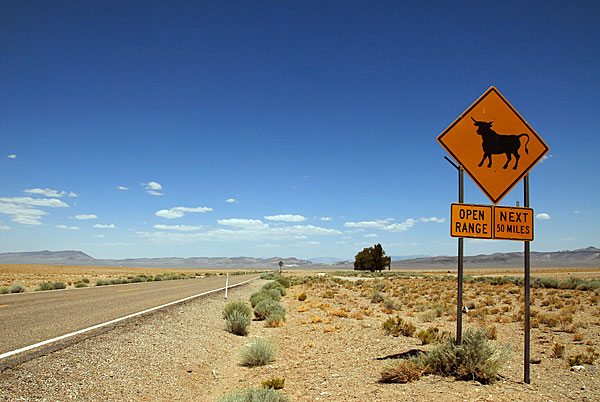 Part 3 of an ongoing series about University of Nevada, Reno budget cut proposals

“In 1931, the regents made a depression decision. They sold the University’s livestock, leased the farm, and left the College of Agriculture without animals or farm land for educational purposes for nearly fifteen years. Enrollment grew in the late depression years, reaching 103 in 1938–39, and by this time the leasing out of the farm looked like a serious error.”

— James W. Hulse, The University of Nevada: A Centennial History (1974)

Since its inception, the University of Nevada’s College of Agriculture and its associated entities – the Nevada Agricultural Experiment Station and University of Nevada Cooperative Extension – have had a targets on their backs. Not necessarily from the agricultural producers in the state – though, there’s certainly animosity expressed at what these enterprises may or may not being doing at any point in time to benefit agriculture.

The targets were placed there, most likely out of ingrained necessity and political jockeying, long ago by the University’s central administration. As the Hulse quote from 1974 shows, the entities have a history of being eyed by administrative powers during times of financial crisis. Three entities under one dean, with significant state and federal funds allocated outside of the normal university budget, ensure whoever manages those dollars wields a certain level of power.

The University has gradually chipped away at the agricultural power base with administrative actions and by looking fondly at Experiment Station resources (federal regulations had to be passed in the early 1900s to prevent universities from mixing experiment station funding with academic instruction, a practice apparently common enough throughout the U.S. that it warranted federal attention).

Under the Joe Crowley administration, Cooperative Extension was separated in 1993 from the College and Experiment Station, a separation that led to ire and confusion as roles for each unit were challenged and meeting mandated missions was subject, at times, to reinvention.

The construction of Lawlor Events Center in 1981 had the University considering selling a portion of the Experiment Station’s Main Station Field Laboratory to fund events-center construction. Significant resistance, driven most likely by the College of Agriculture and its vocal supporters, led to the Board of Regents passing a resolution, 81-8, which was designed to prevent the University from pirating Experiment Station funds for other University interests.

Resolution 81-8 had a clear intent: If the University sold its agricultural lands, sales proceeds had to fund other agricultural experiment station land purchases, Experiment Station improvements and improvements to the 4-H Camp.

The idea of using Experiment Station resources for University benefit would not die so easily, however. A proposal in 2005 to sell a relatively unused portion of the Main Station Field Laboratory was met overall with opposition by Nevada’s agricultural constituents and others.

Then President John Lilley wanted to use the money to fund campus expansion, and regardless of the sentiment expressed by agricultural supporters at a special meeting, the Board of Regents approved the sale of the corner on Mill Street and McCarran Boulevard for $13 million.

More importantly, but far less publicized, was what happened as a result of that sale: The Board of Regents rescinded Resolution 81-8. Now, proceeds from that land sale can be used for purposes approved by the Regents on a case-by-case basis.

But sure enough, Main Station property sales dollars were entertained to be part of the Fire Science Academy bailout just last year, with $4.5 million discussed to cover FSA debt. And $1 million is being used to fund engineering laboratory renovations, as approved by the Regents in January, 2007. More than $8.5 million remains in the account.

Today’s insistence by the University that there is no intention to single out agriculture is contradicted by both history and the University’s recent budget cut proposals. To many, the 2010 curricular review process is perceived as disingenuous. Based on discussions with college alumni, faculty, university donors and even faculty in departments not affected by the curricular review proposal, one point is continually conveyed with varying degrees of dissatisfaction: The proposal doesn’t make sense.

Nevada Farm Bureau Executive Vice President Doug Busselman, writing on the Farm Bureau blog, “Kicking Up Dust,” concludes the University is kicking Nevada agriculture to the curb. Others are quick to depict the University’s actions as a longstanding conspiracy against the state’s agrarian roots.

What is clear is that the 2010 budget cut proposals are an extension, intended or otherwise, of the historic trend to use agriculture’s resources to benefit the rest of campus – at the expense of Nevada agriculture.

Today’s proposal by the University to eliminate agriculture as we know it in the Silver State is a depression decision. And it’s one that, like the choice the Regents made in 1931, may end up being another serious error.