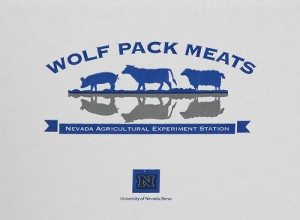 Part 4 of an ongoing series about University of Nevada, Reno budget cut proposals

While the University of Nevada, Reno has plenty of good news to share, other news has developed less visibly on the budget front.

The ever-beleaguered College of Education posted its counter proposal to the curricular review, which has reportedly been approved by the University administration. While the Provost’s proposal would have reduced the College to essentially a Normal School – a concept that defined education as mere teacher preparation through the early years of the University – the College’s counter proposal will retain graduate programs.

Meanwhile, according to sources, pink slips have reportedly been issued to (non-tenured) assistant professors in the College, and last week education Dean William Sparkman stepped down as dean.

Students of graduate programs that would be closed under the proposal were sent letters via certified mail indicating programs were under review. The letter states: “These actions are the result of recent legislative budget reductions to the university.”

What’s not mentioned is that the Provost’s office crafted the curricular review proposal, choosing which programs should be eliminated, and therefore which students would be receiving the letters. The letter also recommends discussing programs of study with graduate advisers. Graduate advisers, however, have said they were not aware these letters had been sent.

The Department of Resource Economics posted a vigorous response to the Provost’s budget cut proposals. This is from the preamble: “We the faculty in the Department of Resource Economics challenge this Proposal on the grounds that it is (i) based on incorrect or misleading data, (ii) a paradoxical emphasis on size rather than value or productivity, (iii) counter to UNR’s stated mission and strategic objectives, and (iv) a misunderstanding of the scale of the impacts resulting from the closure of the department.”

The Department of Animal Biotechnology has also drafted a response to the University administration. It begins: “The faculty and staff unanimously oppose this proposed elimination of (the department) and submit this rebuttal.” It concludes: “We the Department of Animal Biotechnology and School of Veterinary Medicine feel that the review process has failed to adequately address many issues especially our strengths.”

Across campus, unnamed student journalists adopted a blame-the-victim posture about budget-cut proposals while ignoring the obvious elephant in the newsroom: the declining state of the news journalism profession.

While there’s still a market for food – even beef – the market for news journalism is demonstrably less palatable and shrinking ever faster.

Still, the Sagebrush editorial is very clear: “This is no longer about protesting cuts to education. The numbers are in and something has to go.”

The solution apparently depends on which numbers you look at – and which program you happen to study.