Home-Invasion Suspect in Custody, Another Killed in Shoot-out 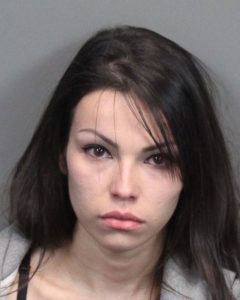 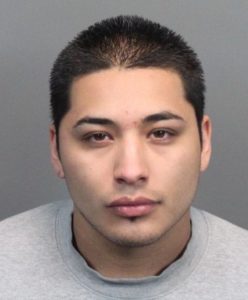 On February 24, 2016, Reno Police officers (RPD) responded to a report of a possible home robbery on Foster Drive. Upon arrival, they found an elderly man who had non-life-threatening injuries.

Upon investigation, RPD identified the home-invasion suspects as 19-year-old Reno resident Tristan Conti, a man who on February 25, 2016 stole a vehicle in Sparks at around 9:30 pm and was spotted by Lyon County Deputies in Silver Springs. Once contacted by deputies, Conti shot at deputies injuring one. He was killed at that scene.

The second suspect was identified as 18-year-old Roberto Ramirez. He was found and arrested just before 8 pm on April 5, 2016 by RPD and detectives with the Regional Crime Suppression Unit.

“He was taken to the Washoe County Sheriff’s Office where he was booked for burglary with a firearm, 1st degree kidnapping, robbery with a deadly weapon, battery with intent to commit robbery and battery with a deadly weapon causing substantial bodily harm with elderly enhancements,” police said. “Also arrested … was his 18-year-old girlfriend Sonia Hurtado. Hurtado was arrested by detectives for a 2015 case when she had used stolen credit cards from a victim in a residential burglary that was believed to have been committed by Conti and Ramirez.”

Hurtado was charged with unlawful use of a credit card and possession of stolen property.