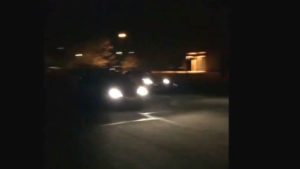 The Reno Police Department (RPD) announced today that it will start cracking down on illegal street racing.

“Since September of 2014, the Reno Police Department has responded to approximately 700 calls for service from concerned citizens related to illegal street racing,” said Officer Tim Broadway. “These illegal races have been the cause of numerous citizen complaints, and several deaths from vehicle crashes.”

“After a recent operation in August, which resulted in 16 spectators of an illegal motorcycle race being cited, Reno Police still continue to get reports of illegal street racing throughout our city.”

RPD will look for illegal street racing in north and south Reno, where it receives most reports of illegal racing.

“Anyone who is a participant or spectator during these races could be arrested and fined up to $1,000.  Since September 2014 Reno Police have issued over 151 citations related to illegal street racing,” Broadway said.

Anyone who witnesses illegal racing is encouraged to contact Reno Direct at 775–334-INFO (4636) to report it to the RPD.

The video below allegedly shows a late-night street race in Reno.