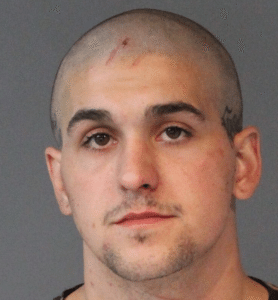 Reno Police (RPD) have arrested Ryan Ferris, 22 of Reno, for an alleged kidnapping.

According to police, “On October 29th, 2016 at about 9:15 p.m. Reno Police officers responded to the 800 block of S. Wells Avenue to investigate a reported kidnapping. The victim was located and had sustained injuries as a result of the kidnapping.”

RPD said that they received information that Ferris was inside a residence on Crampton Street and obtained a search warrant early on Oct. 30.

“Reno Police SWAT and Crisis Intervention and Negotiations Team officers executed the warrant,” RPD said in a statement. “The suspect was not located inside the residence during the execution of the search warrant. Later that morning the suspect was located in the 1100 block of Glenda Way and arrested without incident.”

Ferris was charged with second-degree kidnapping and domestic battery.