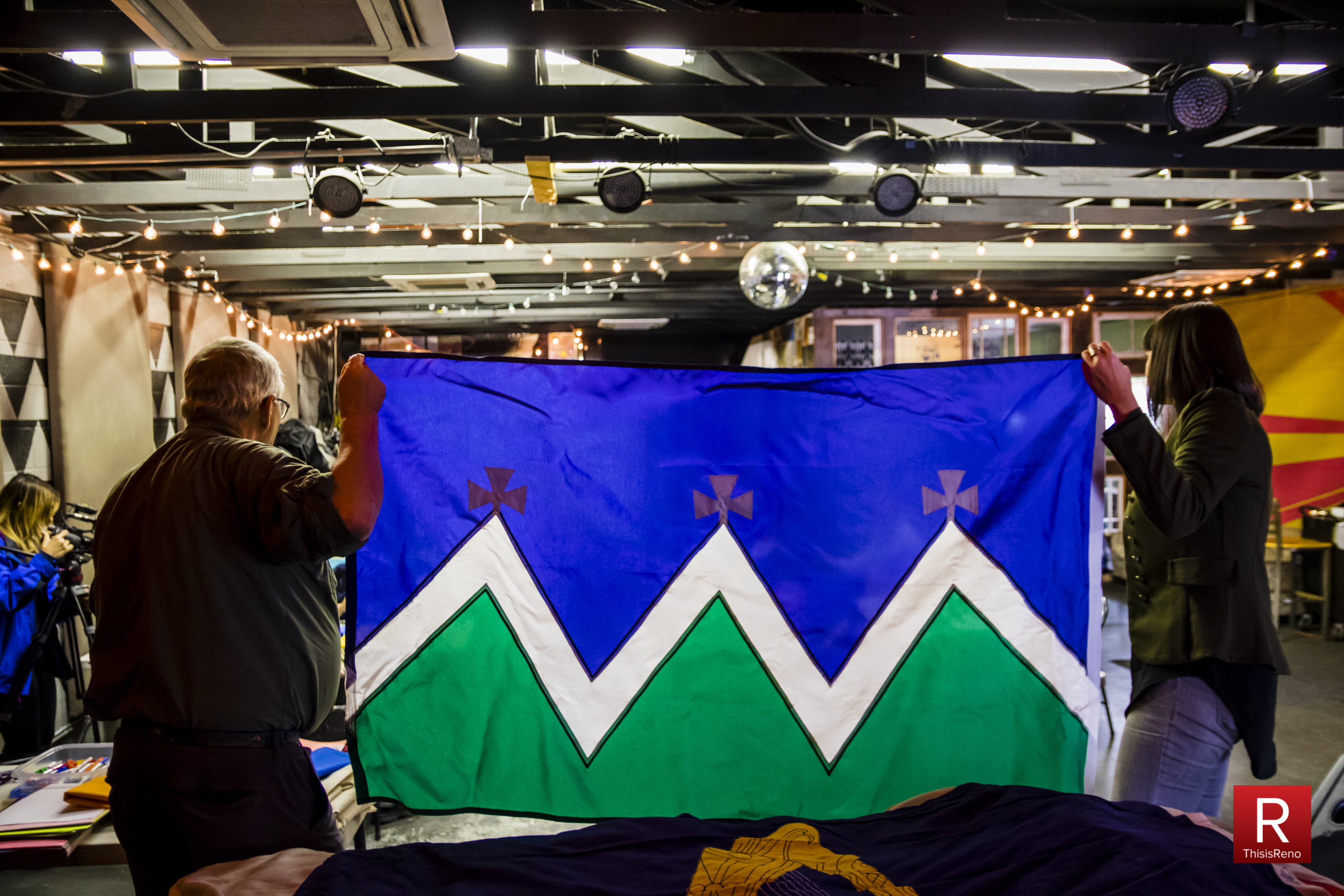 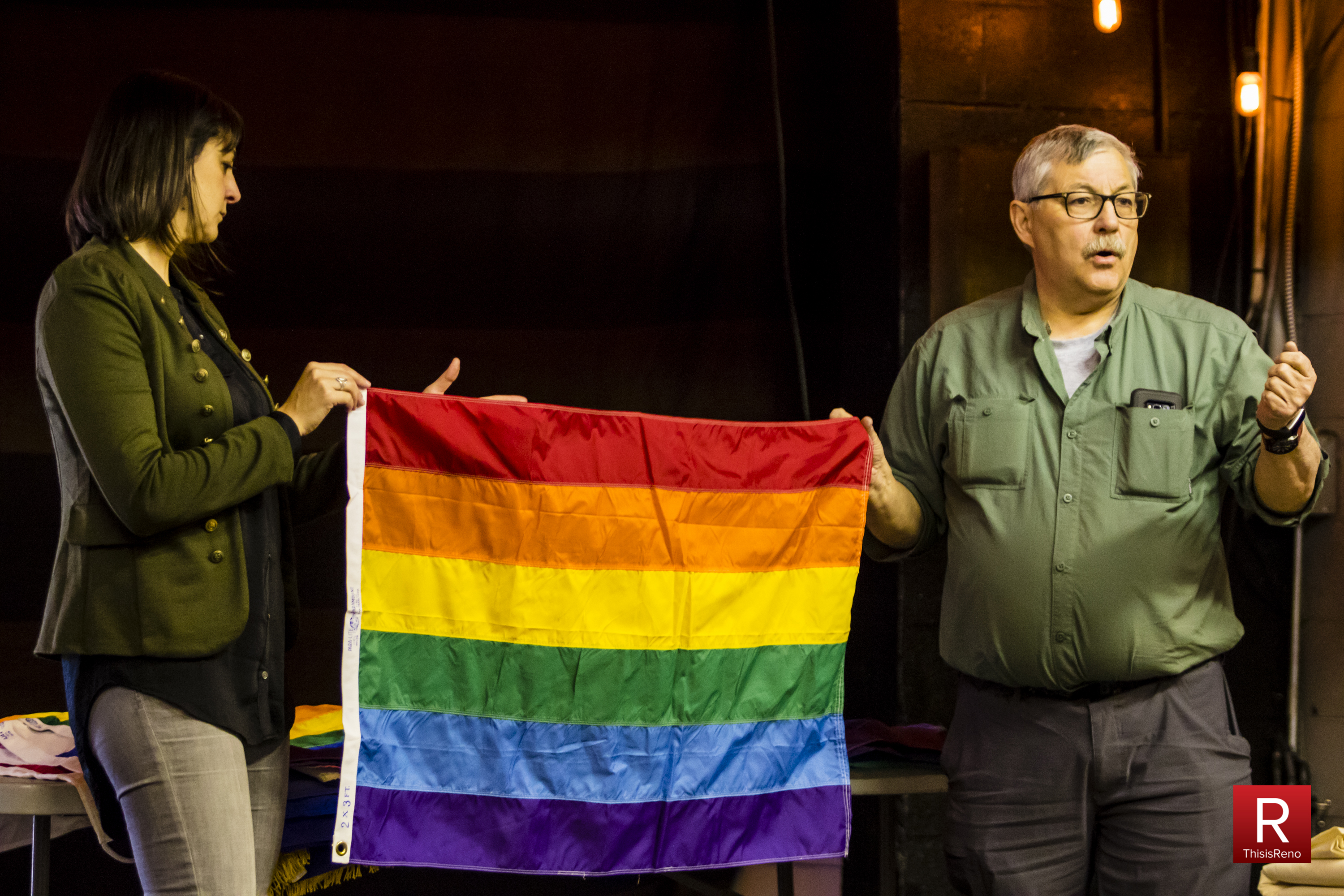 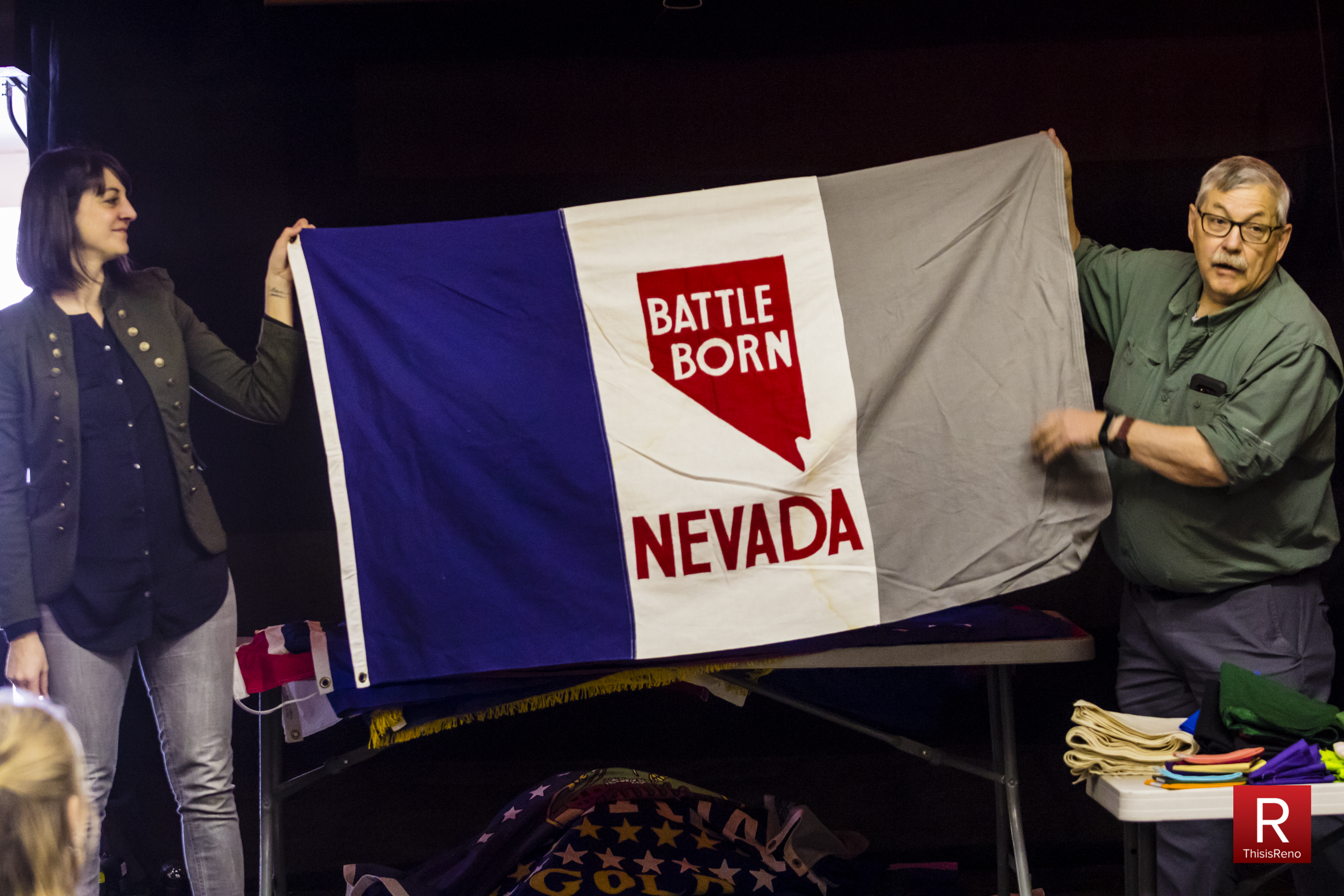 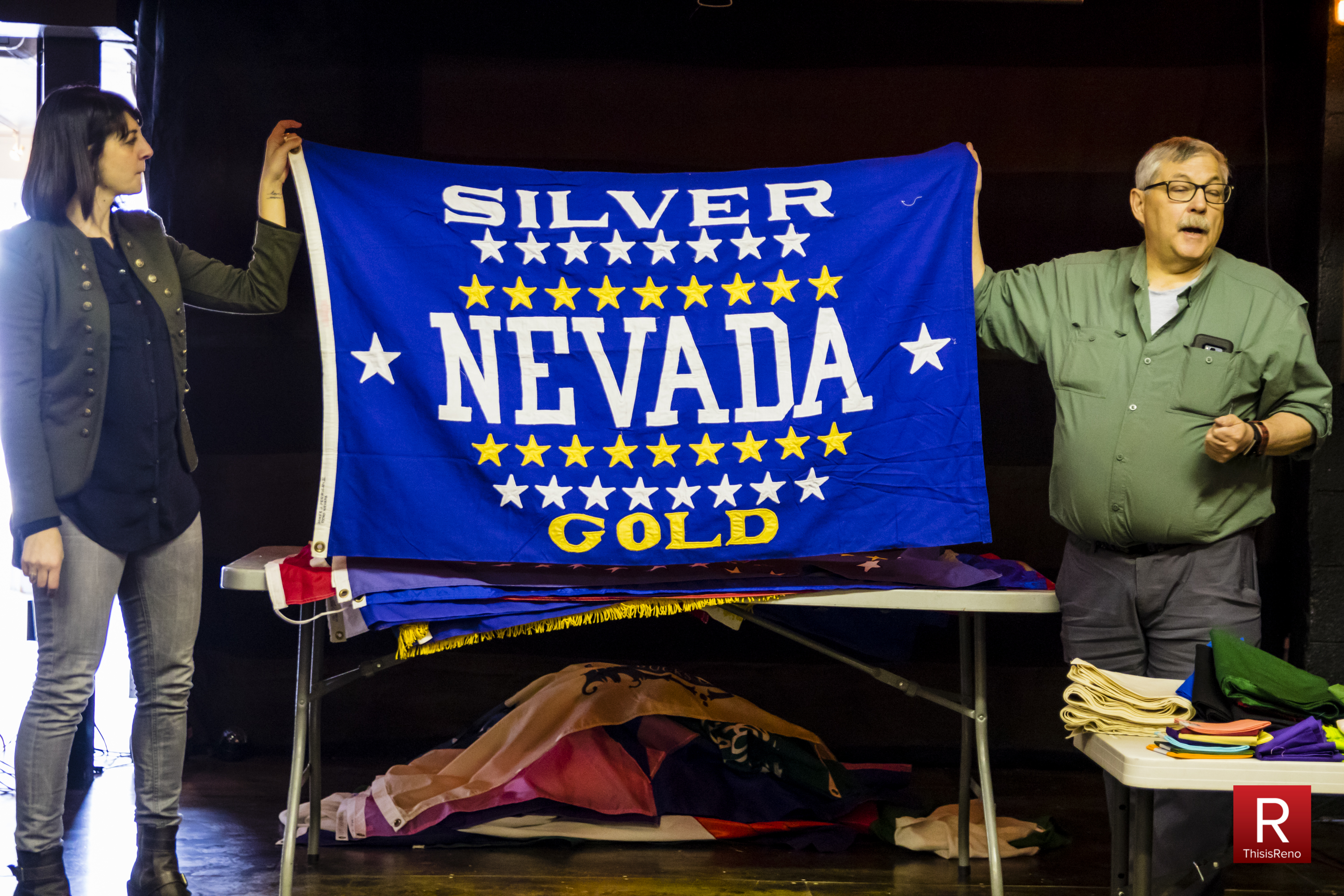 A past version of the Nevada flag. Image: Ty O'Neil 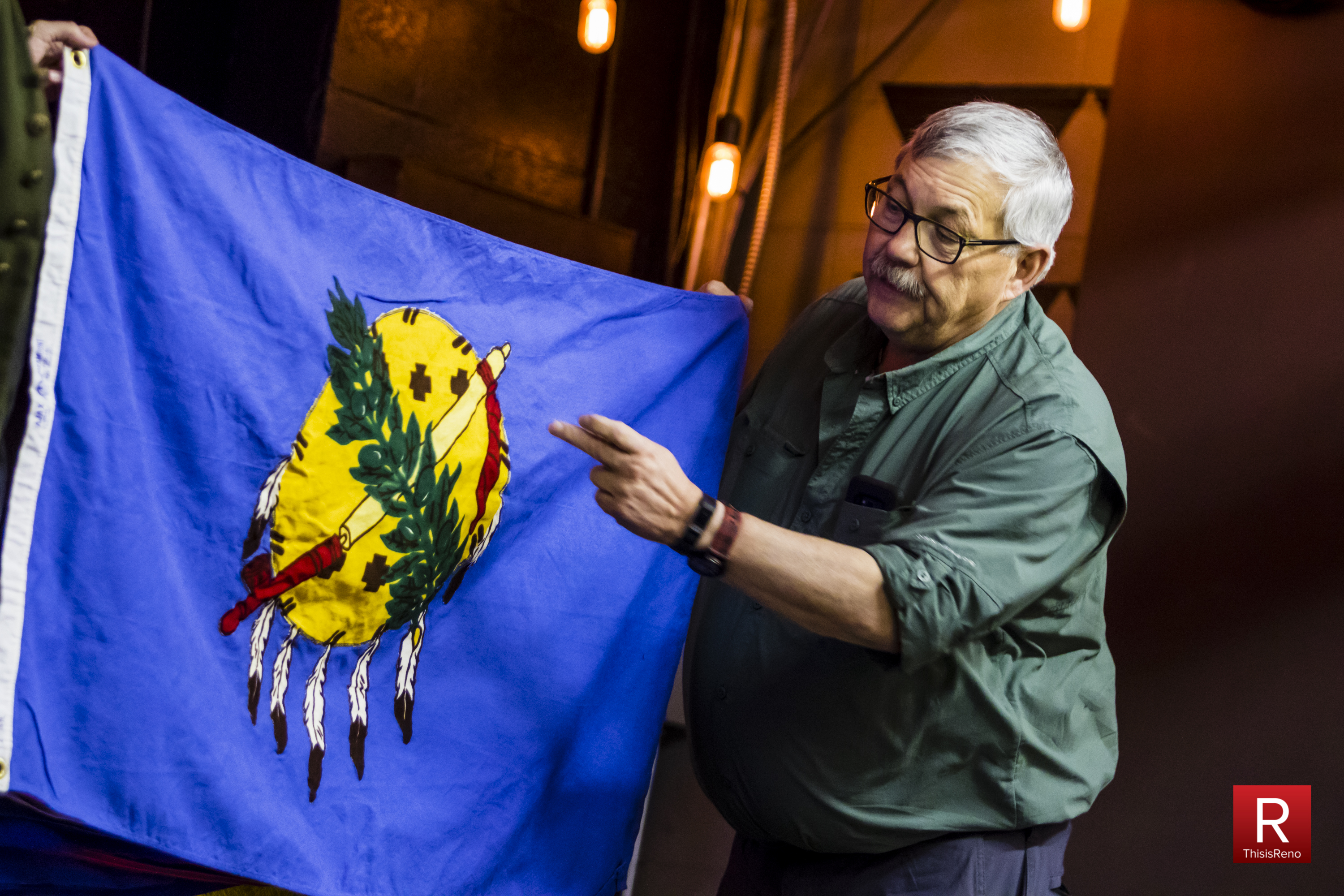 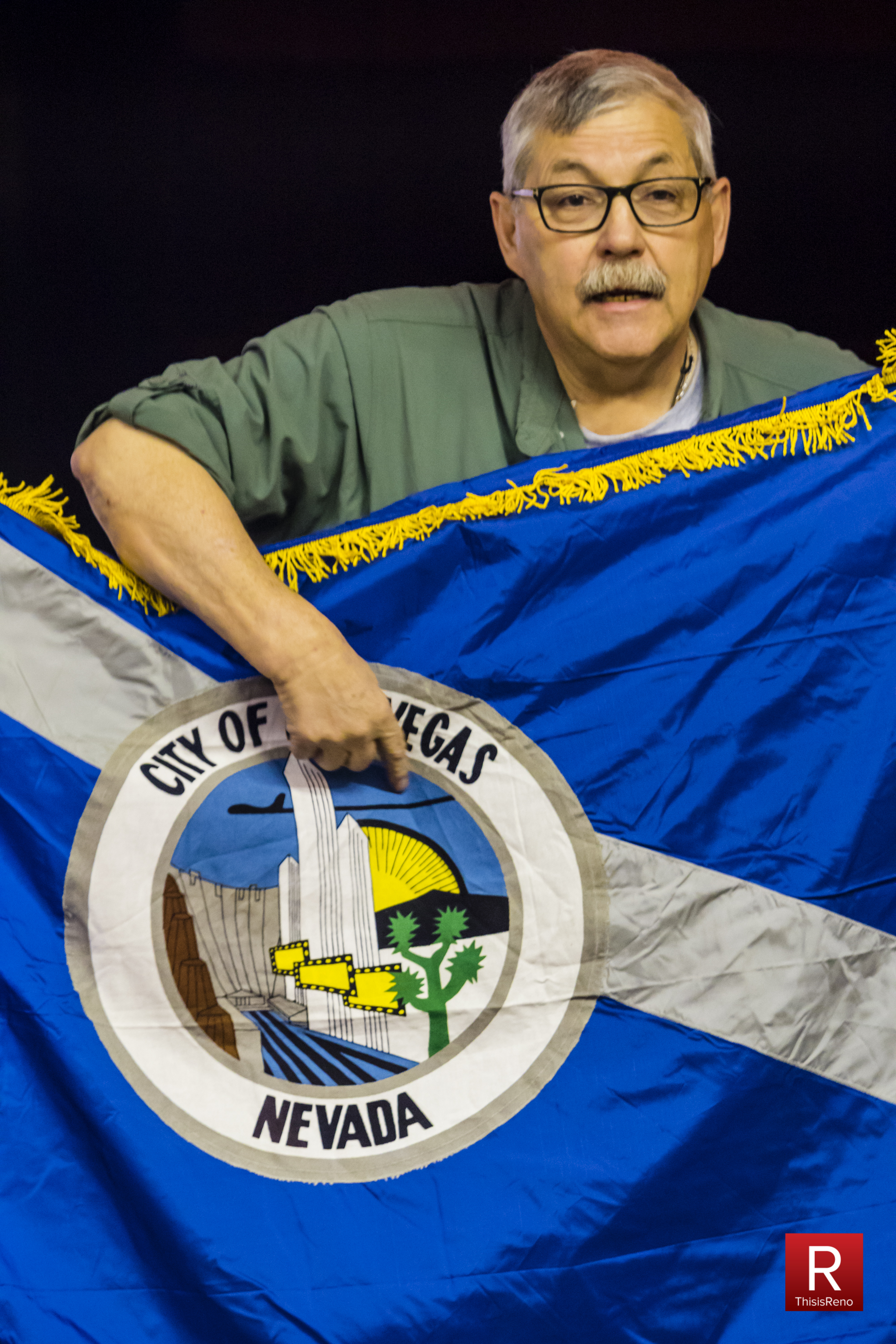 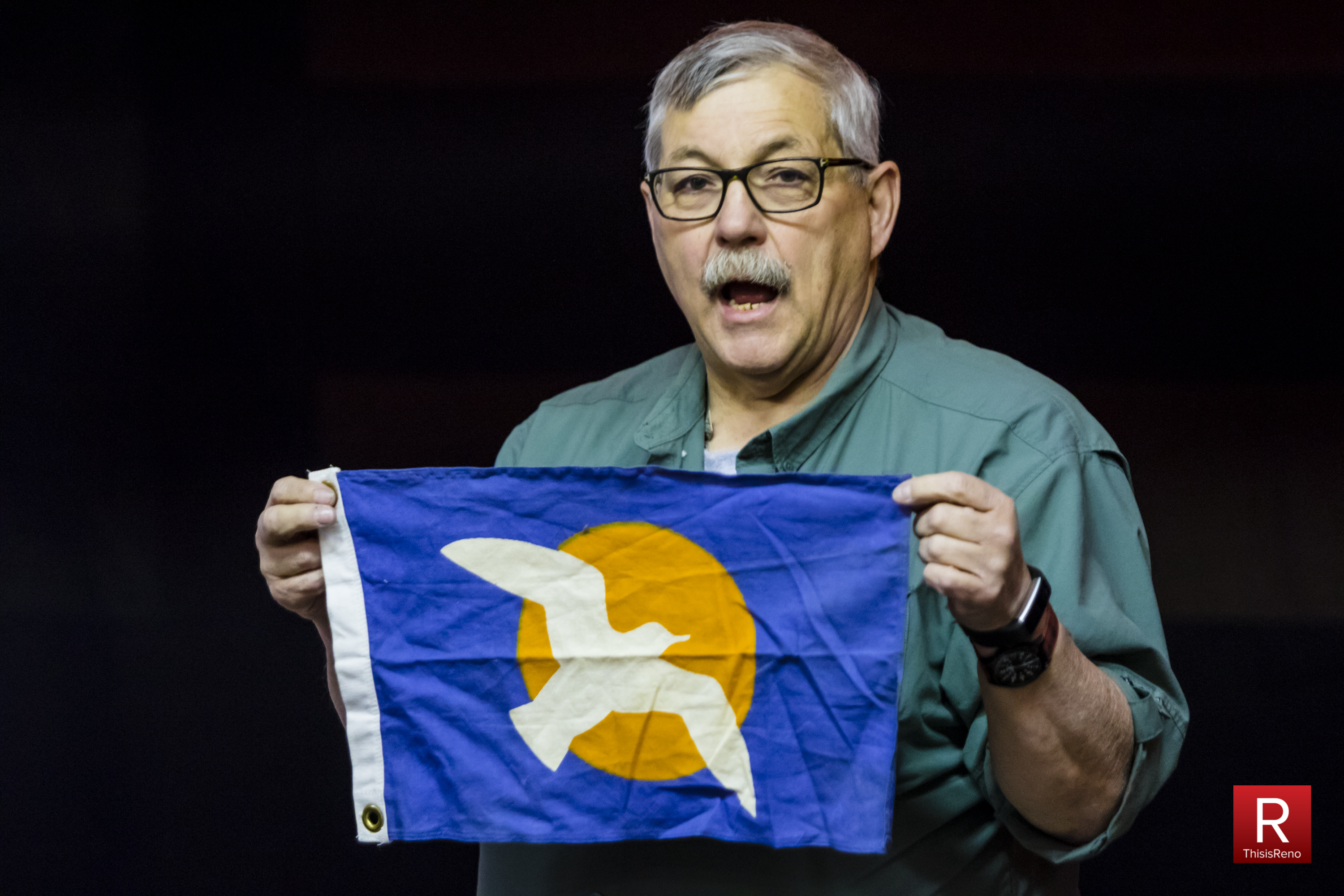 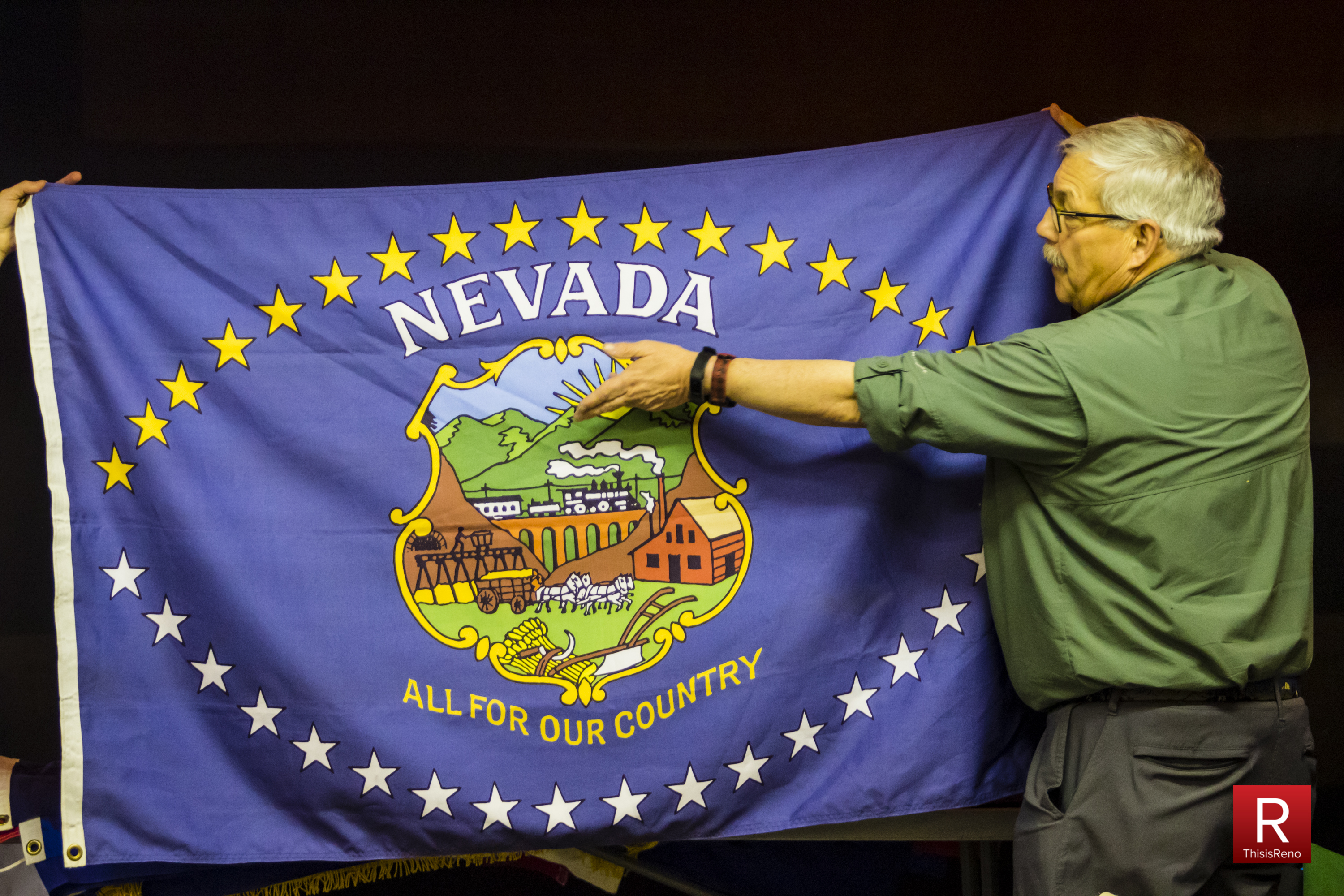 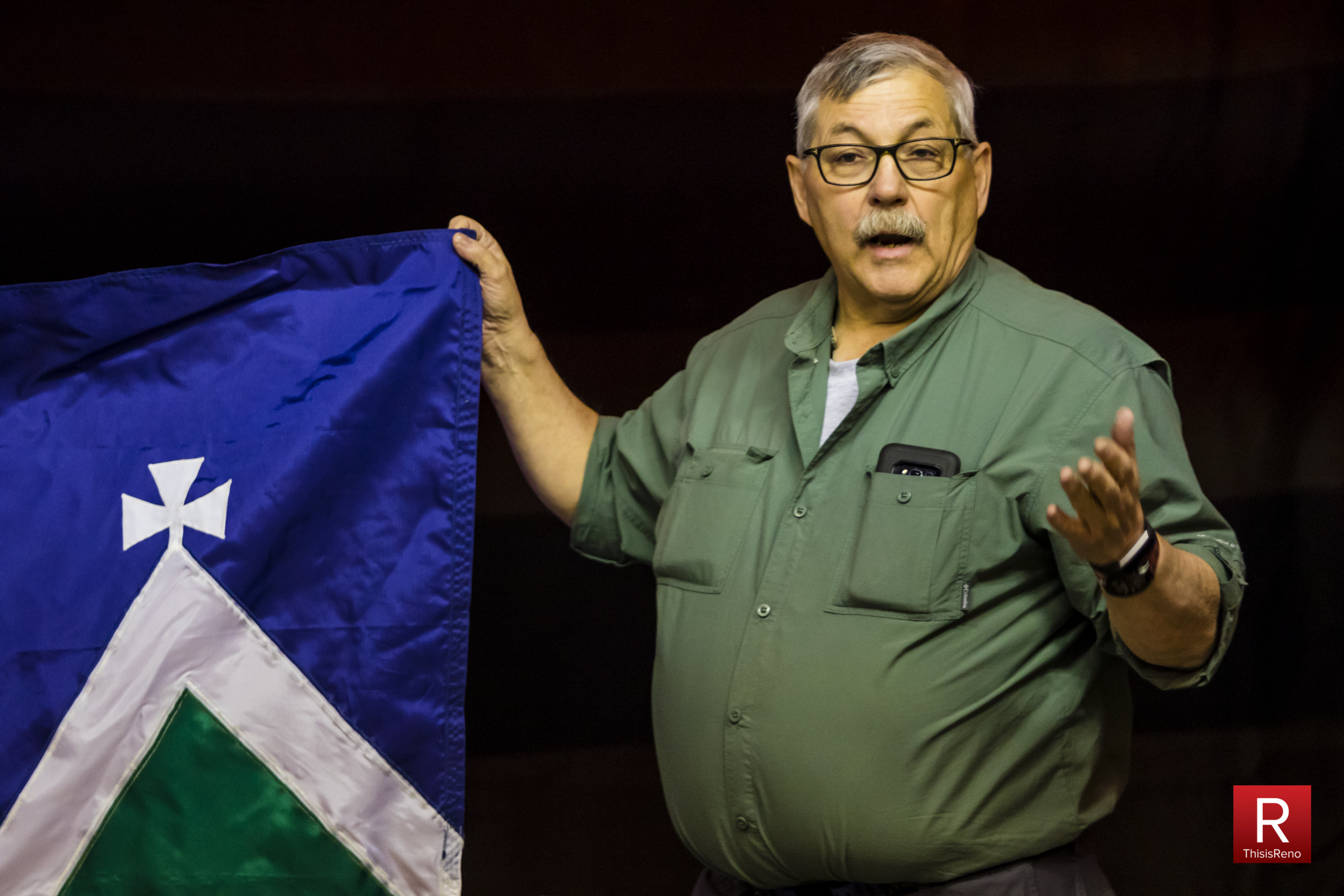 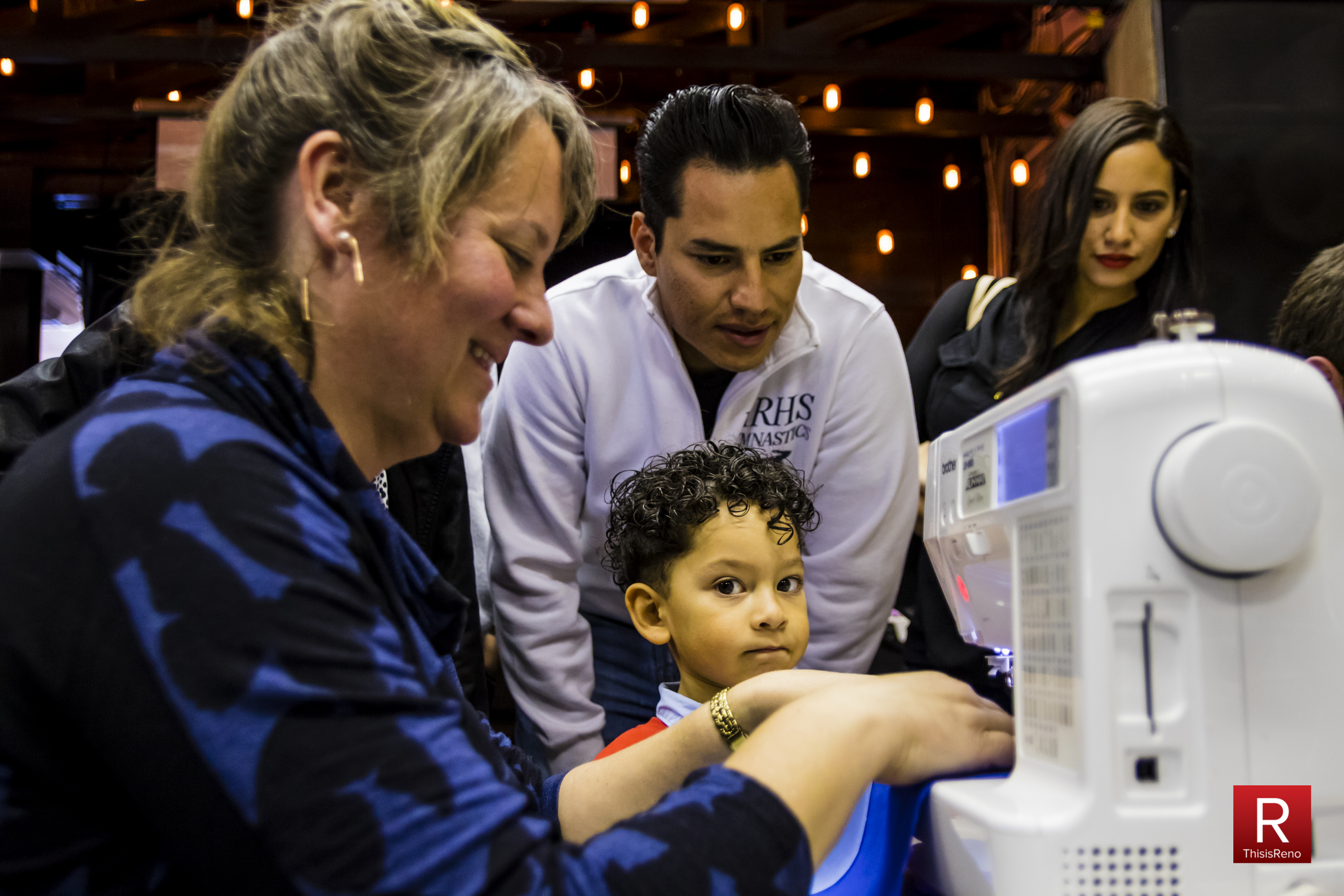 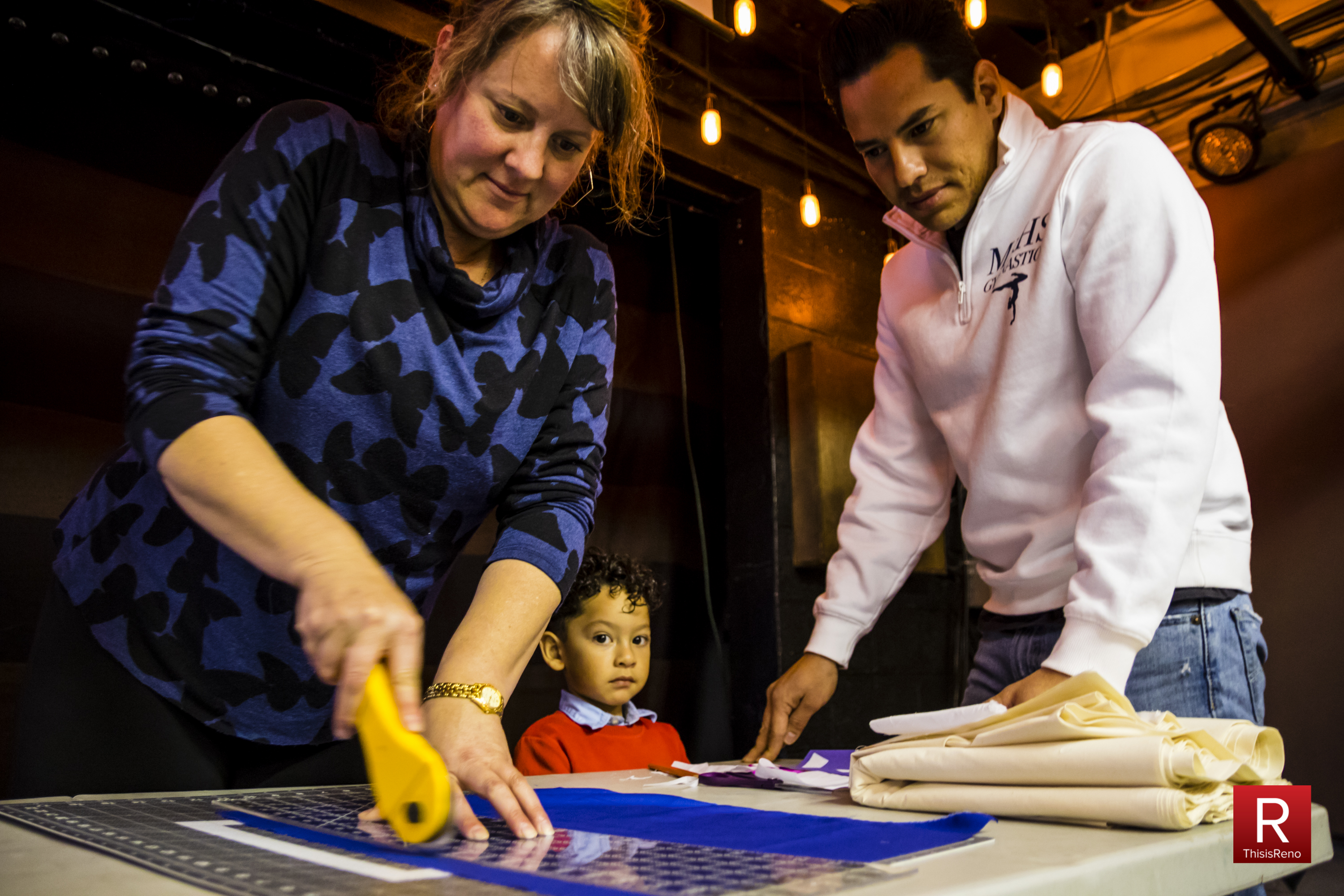 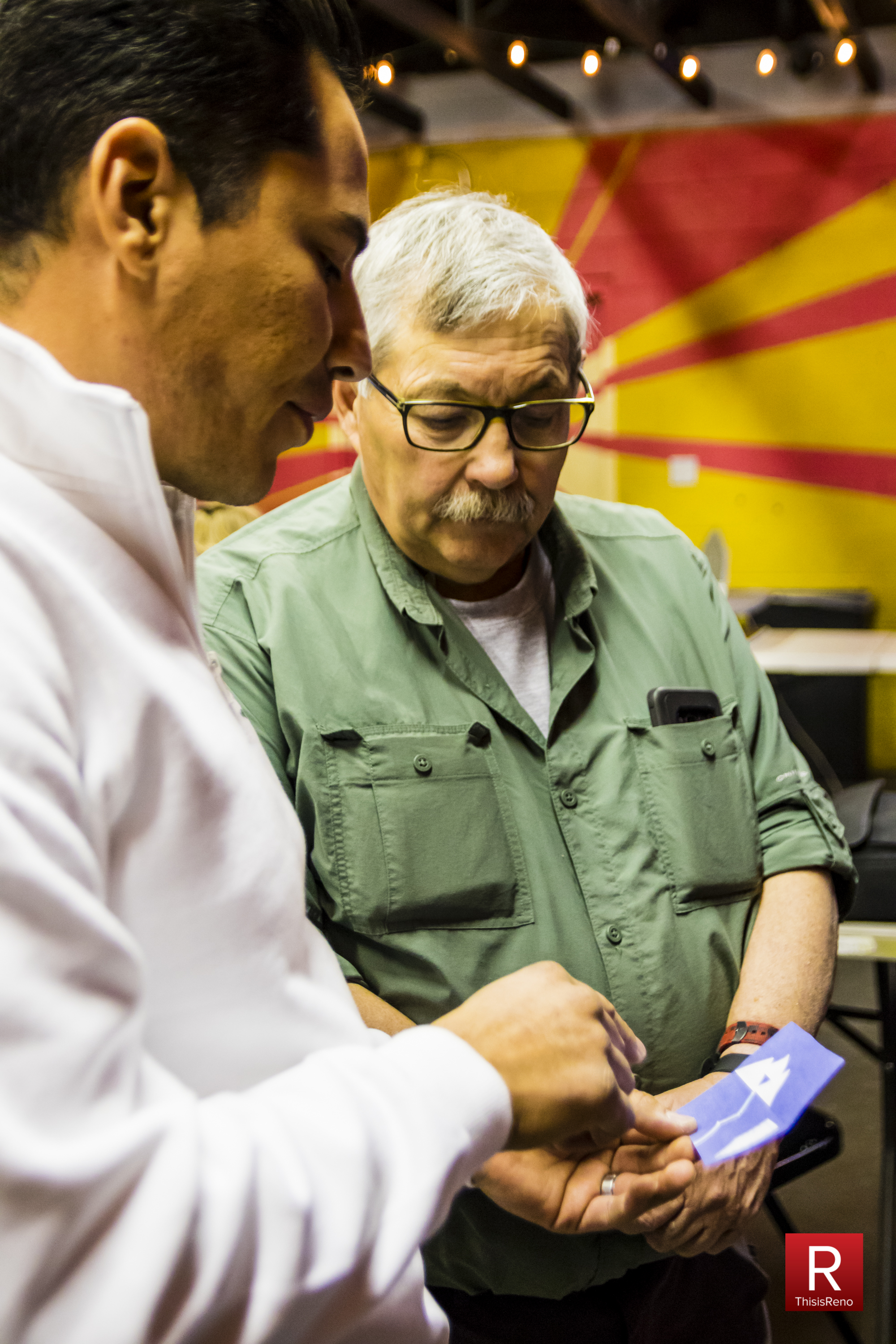 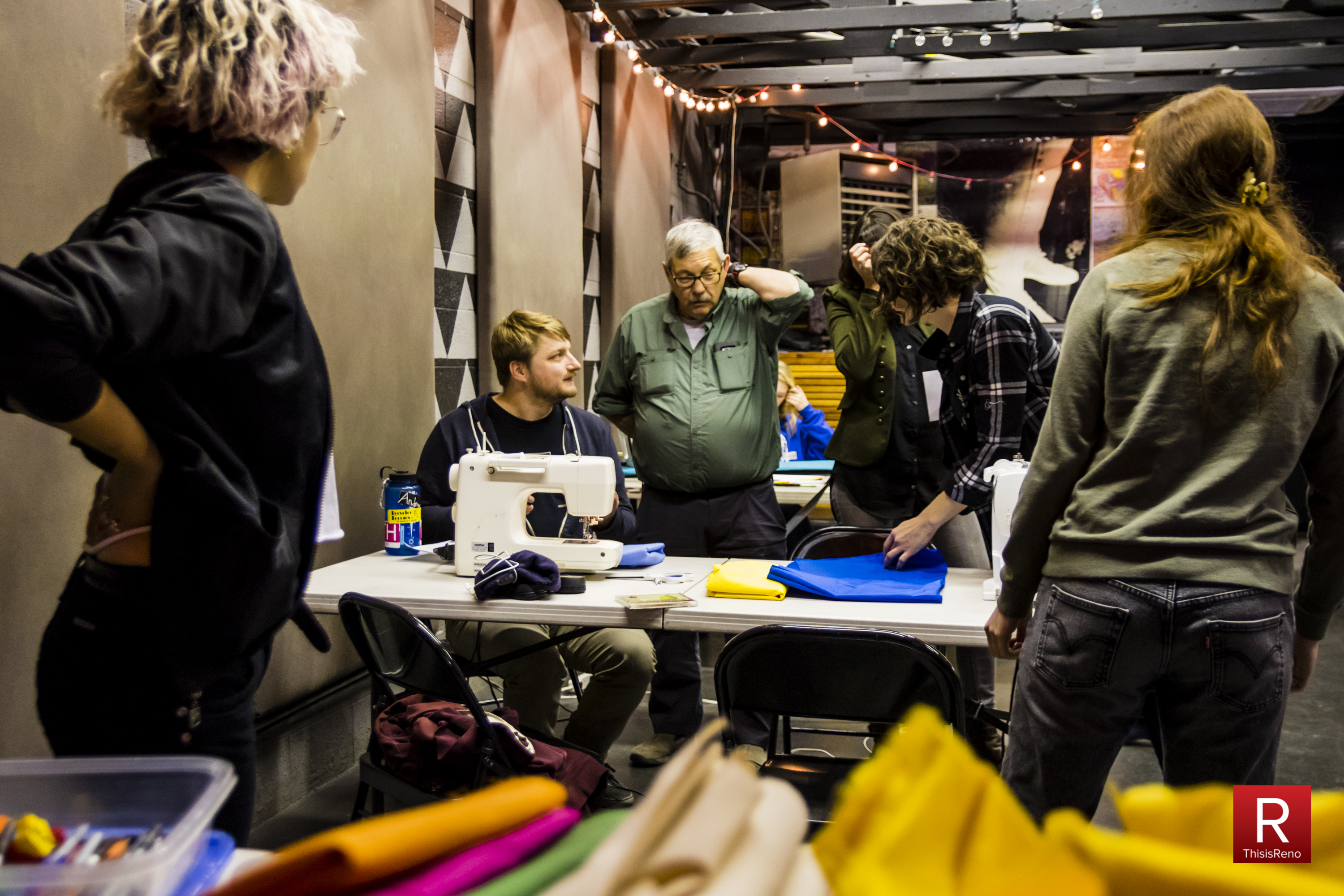 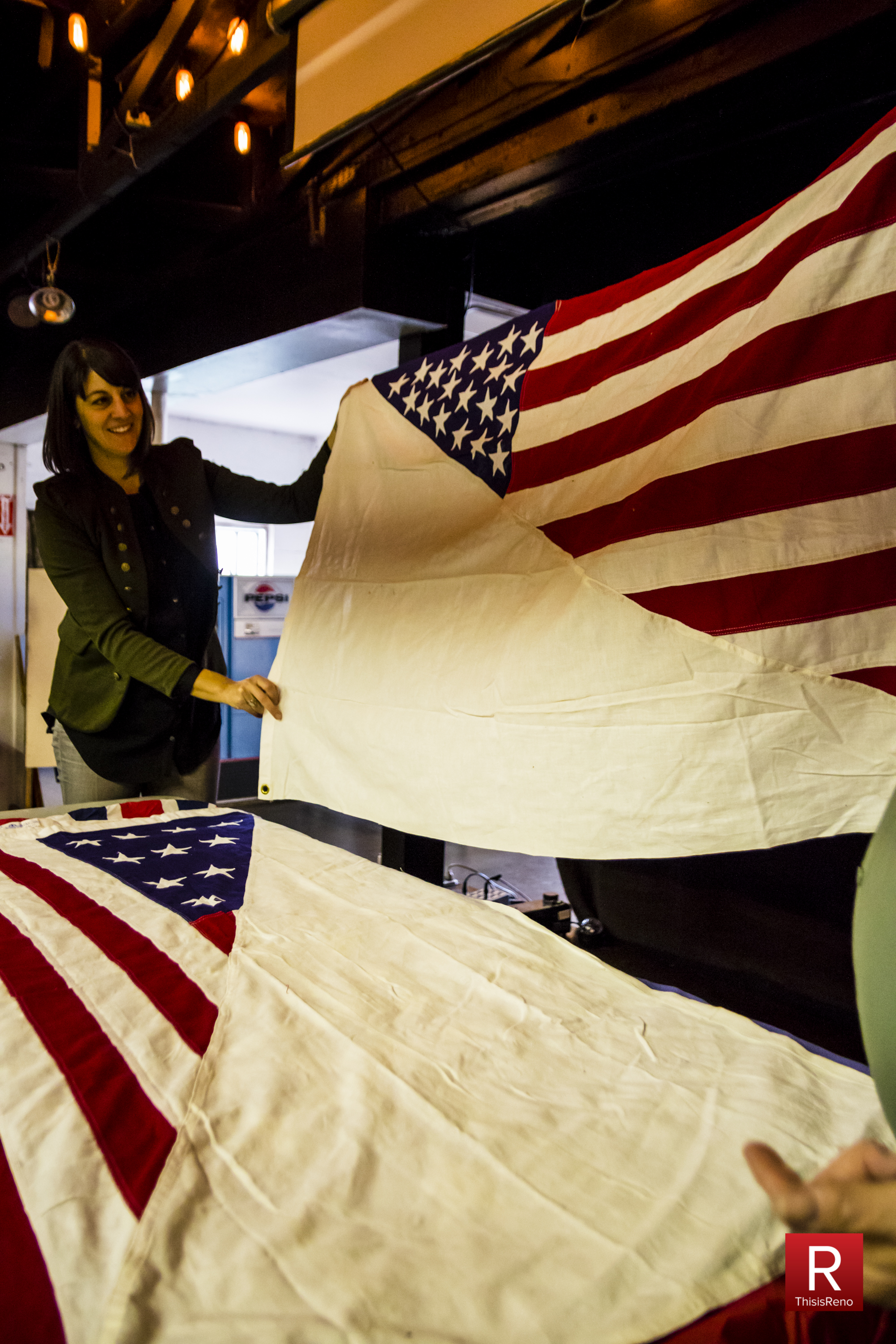 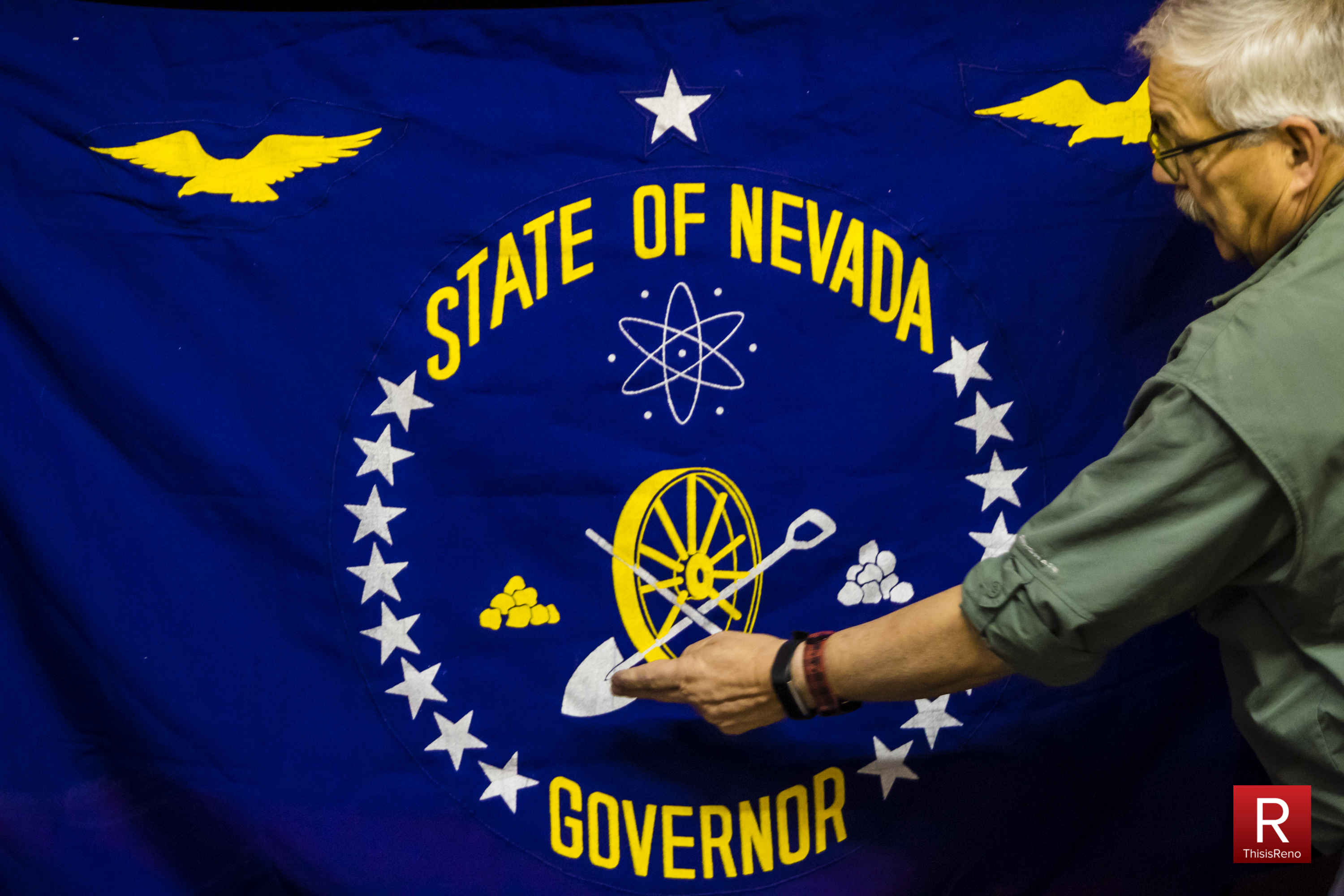 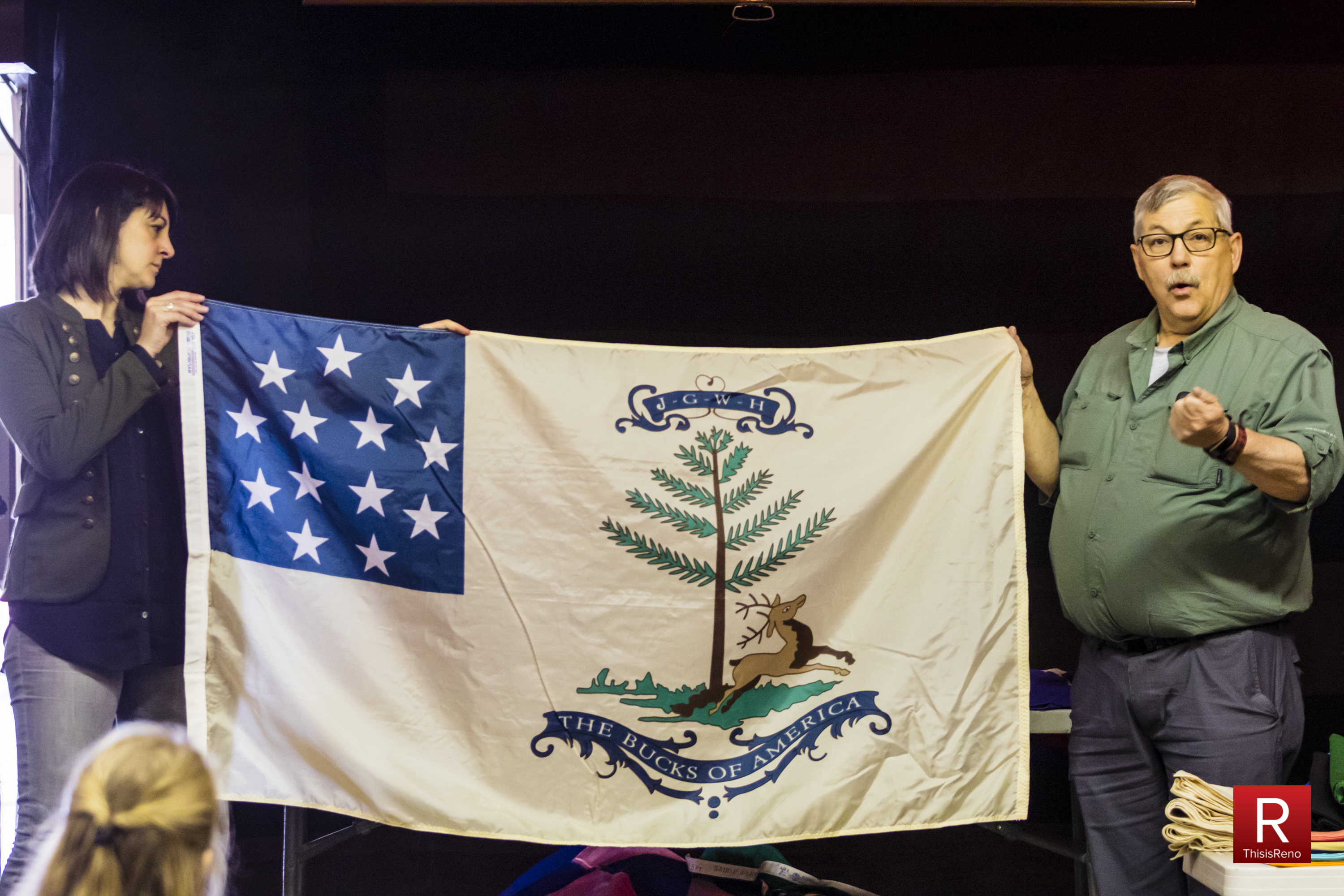 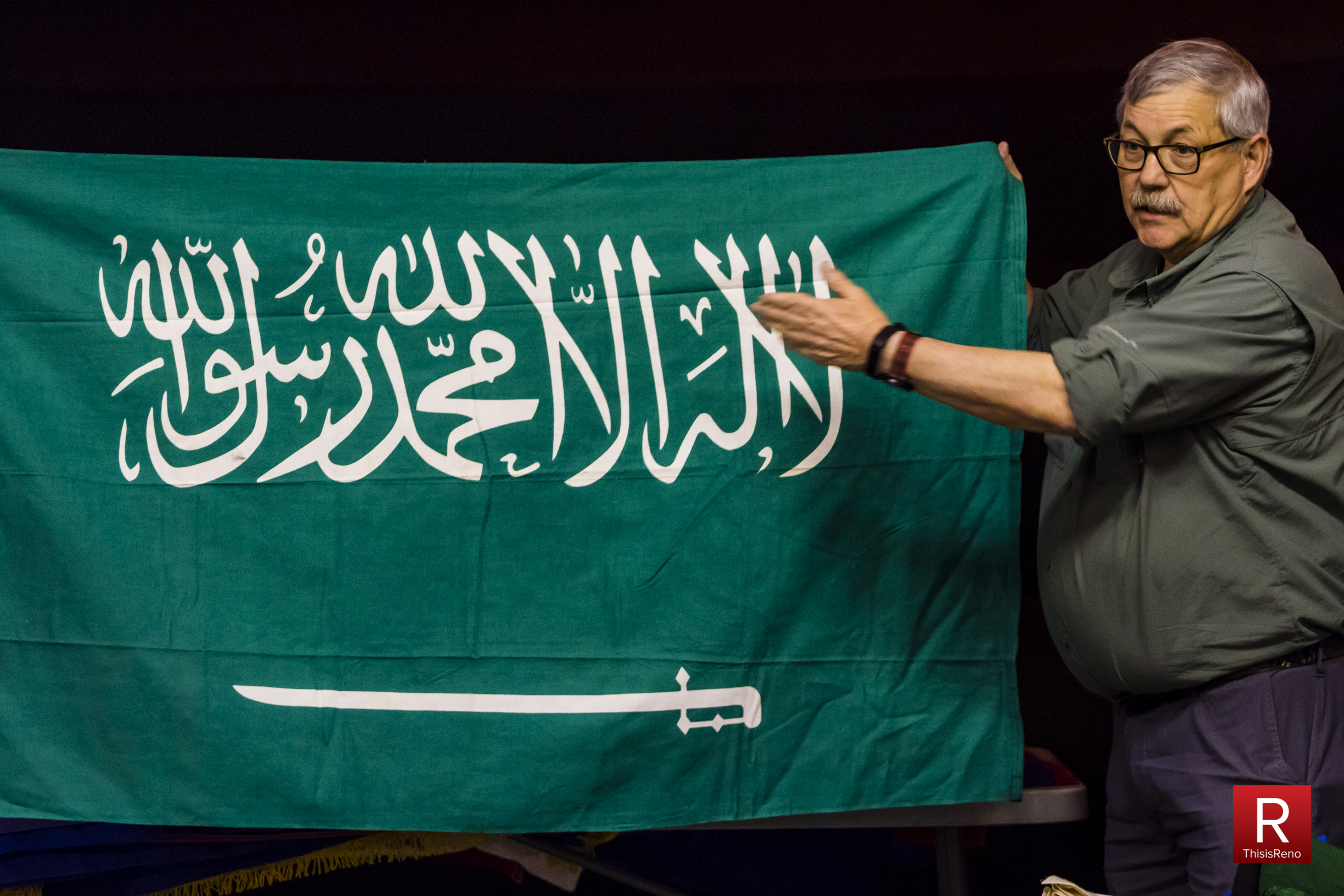 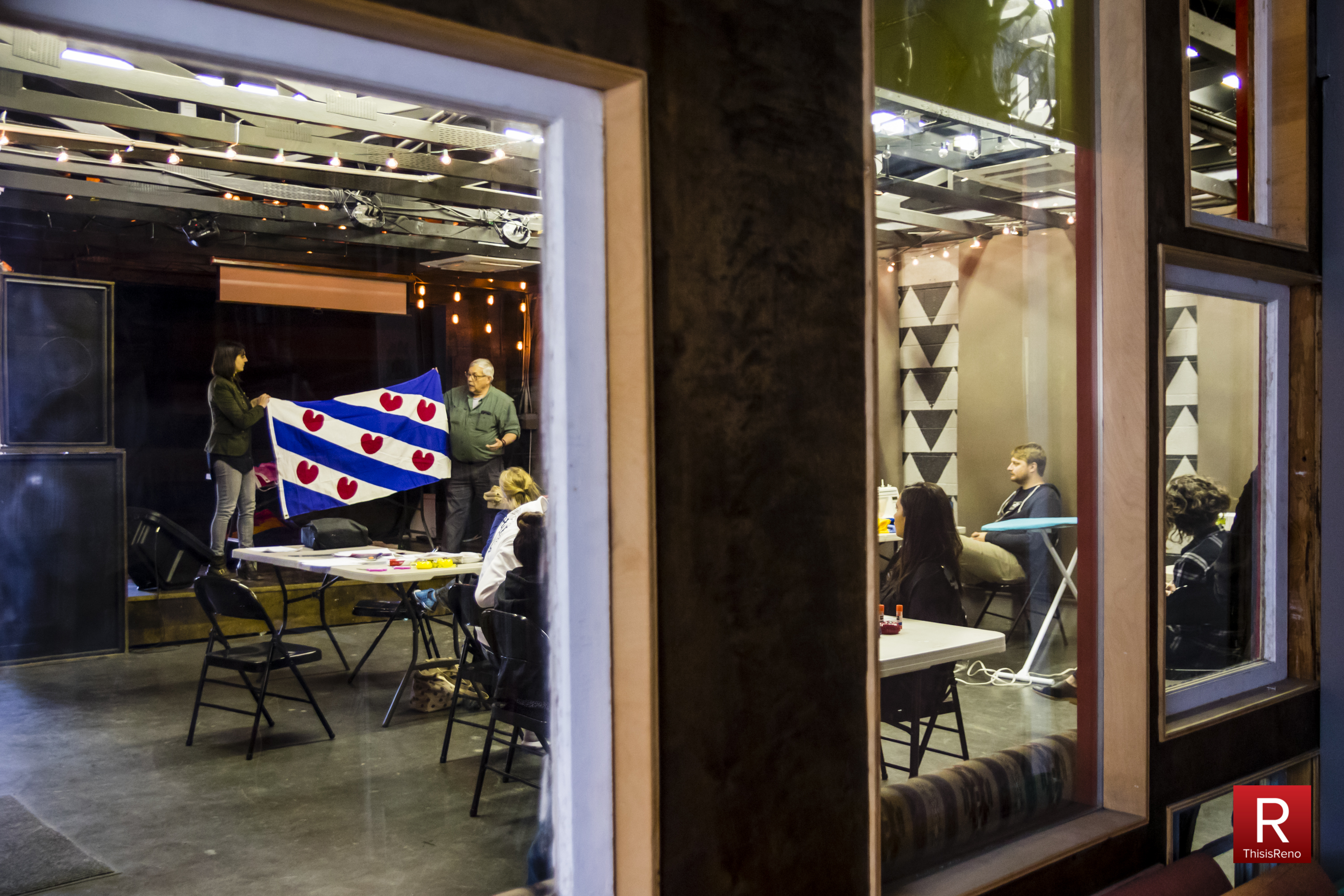 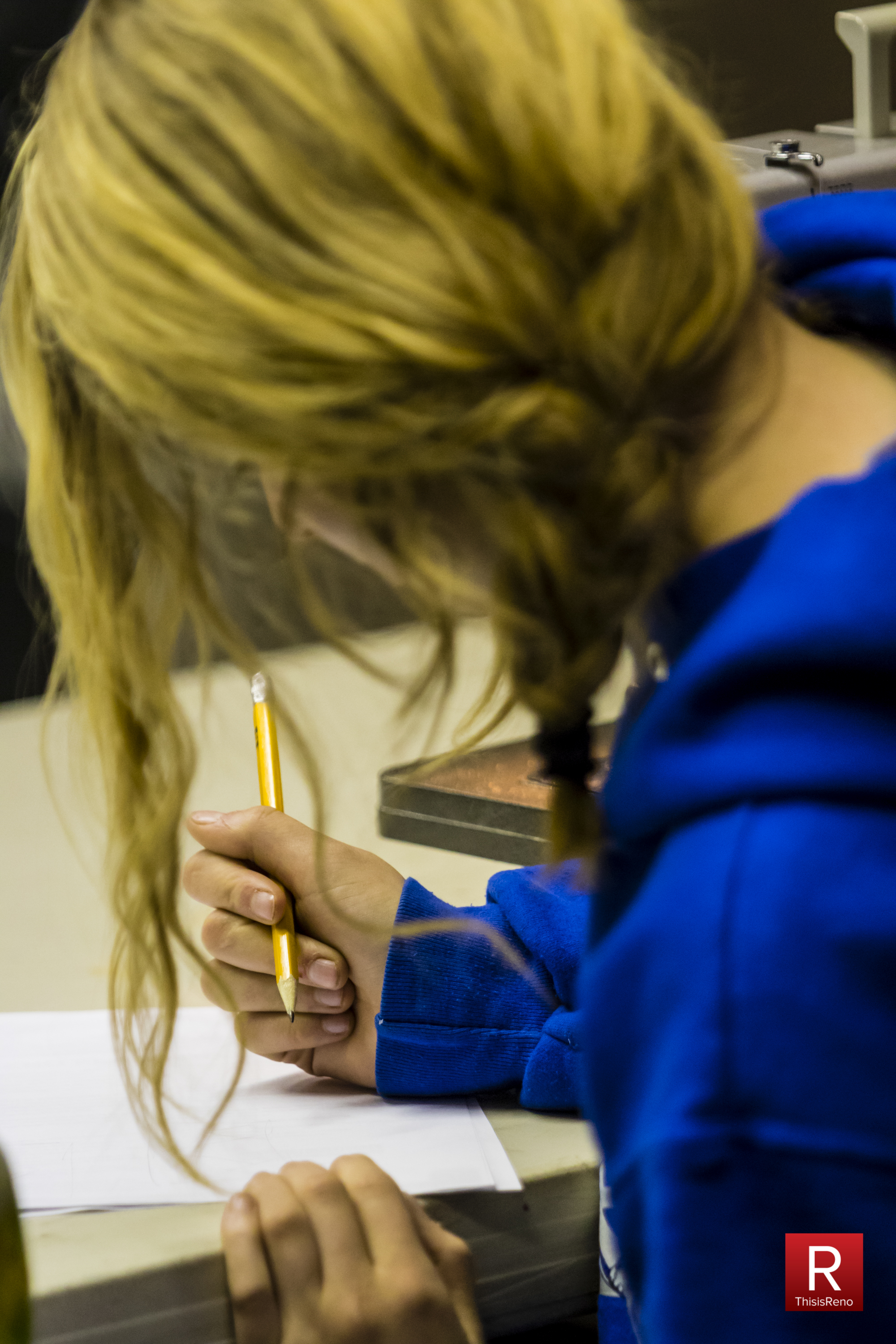 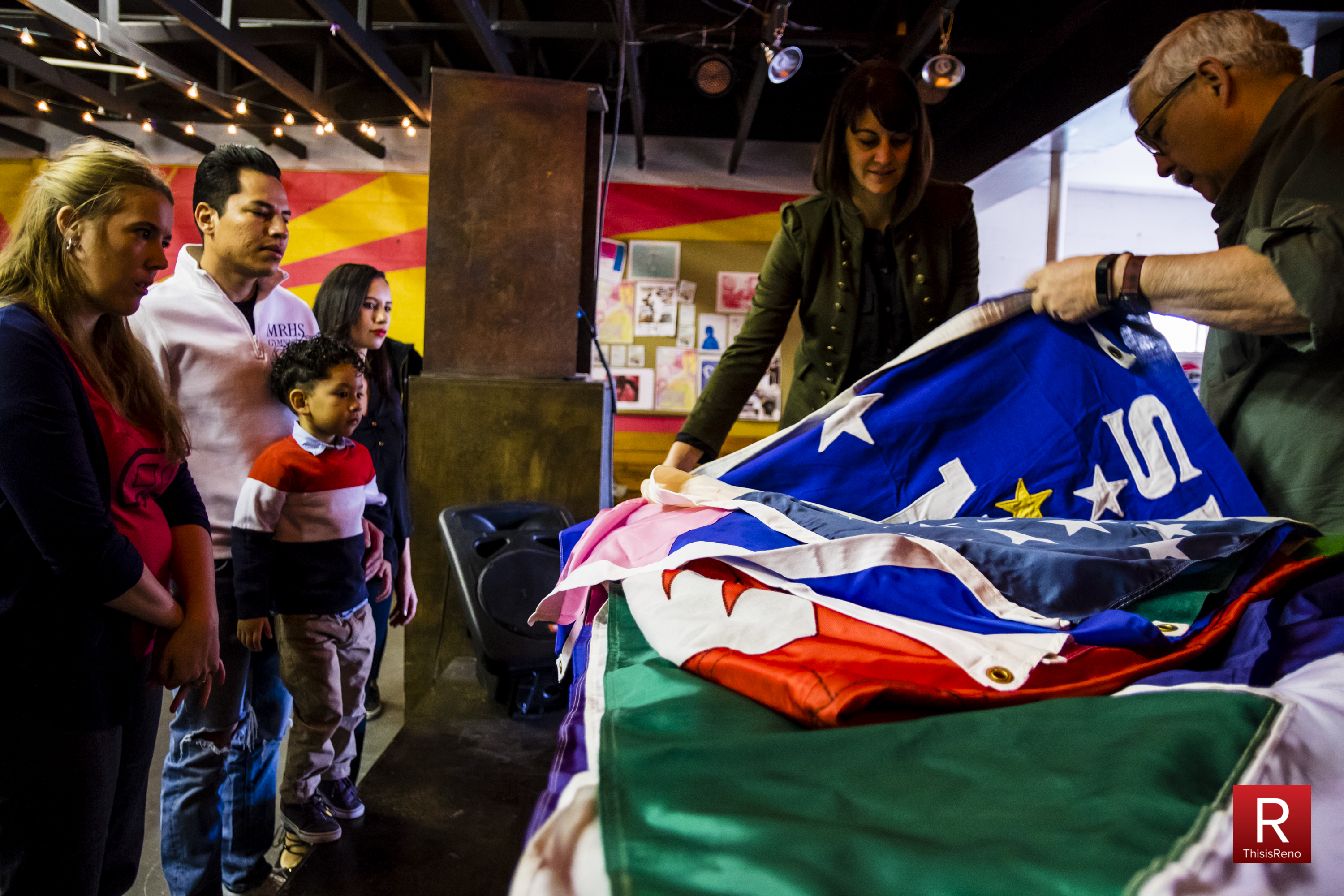 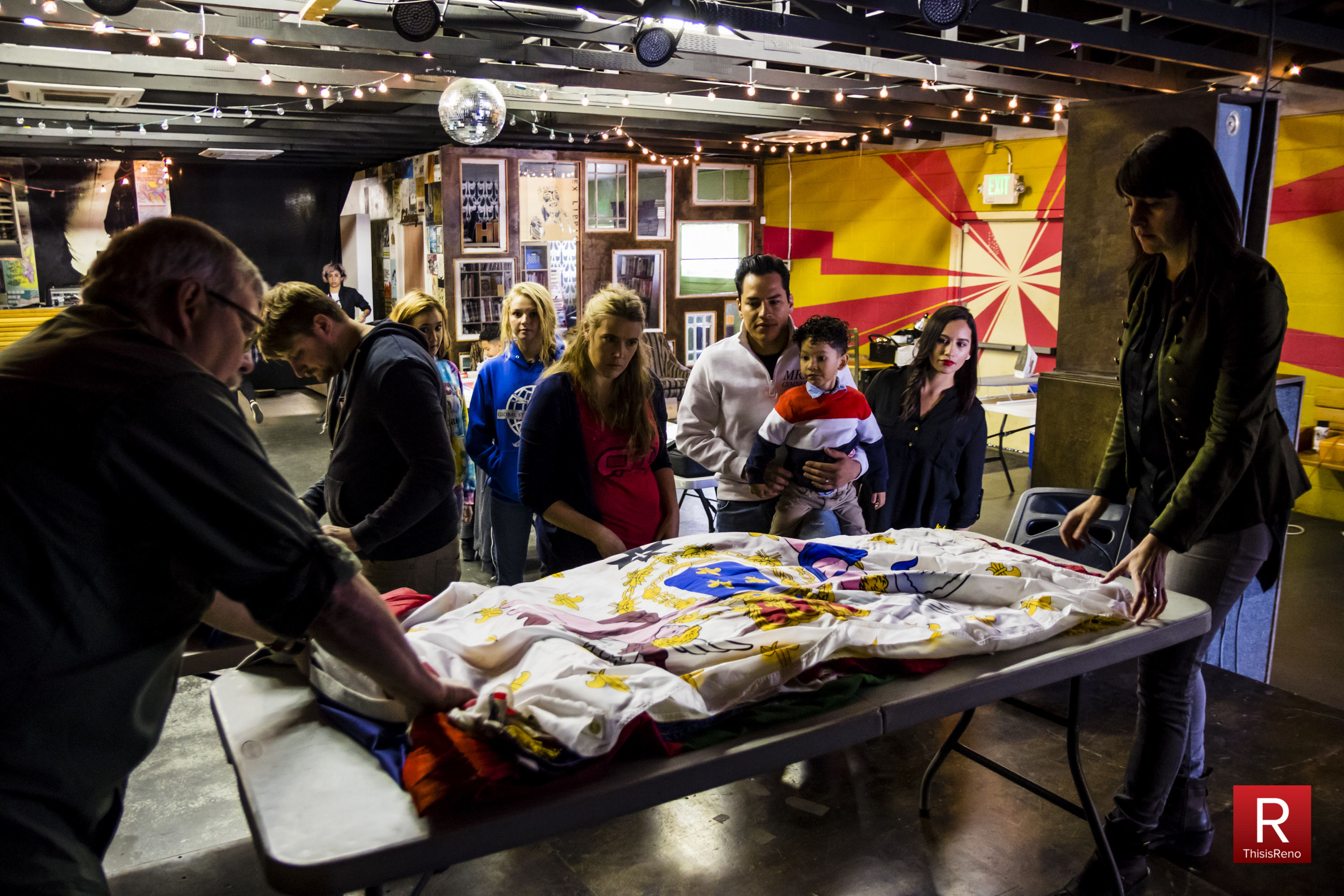 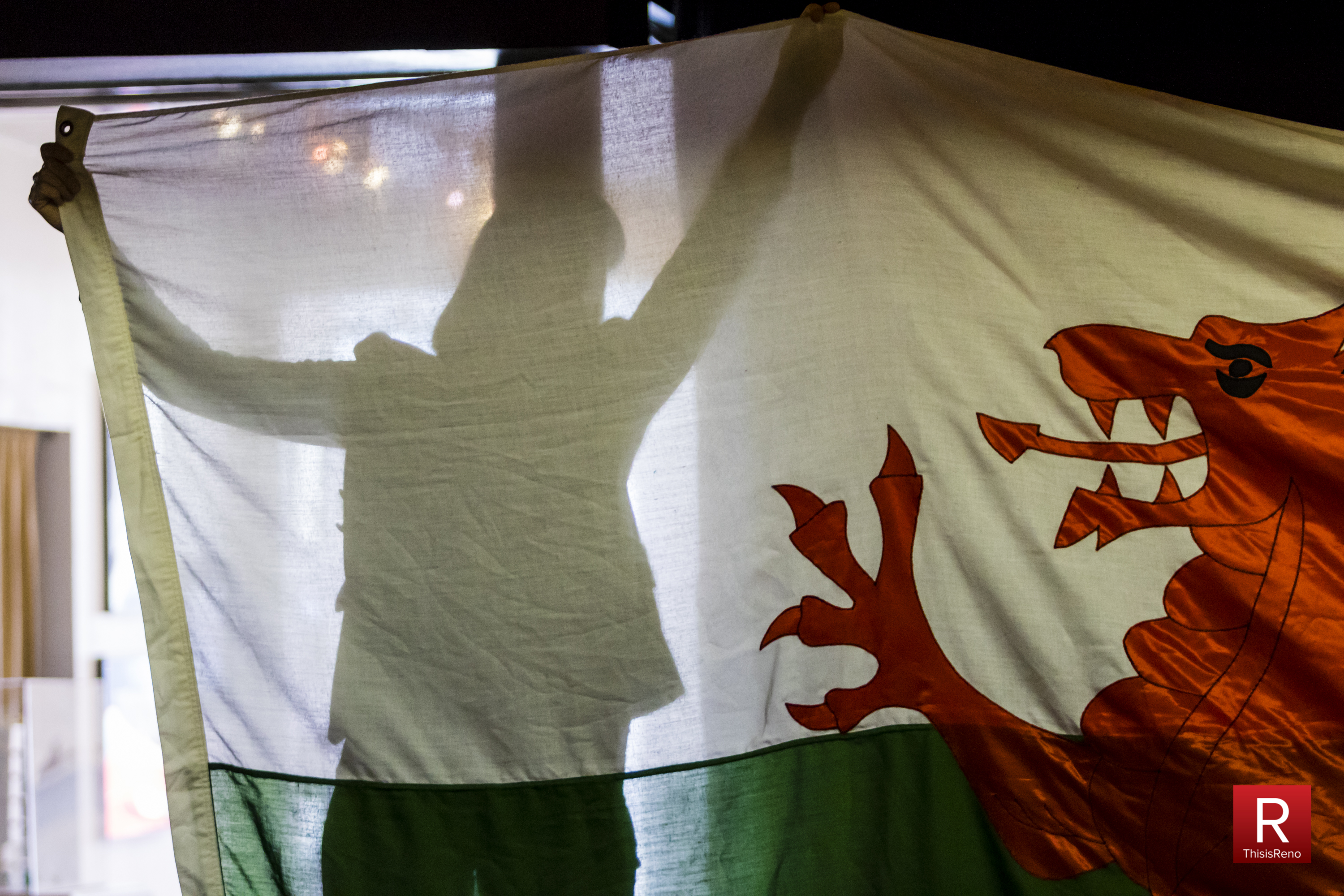 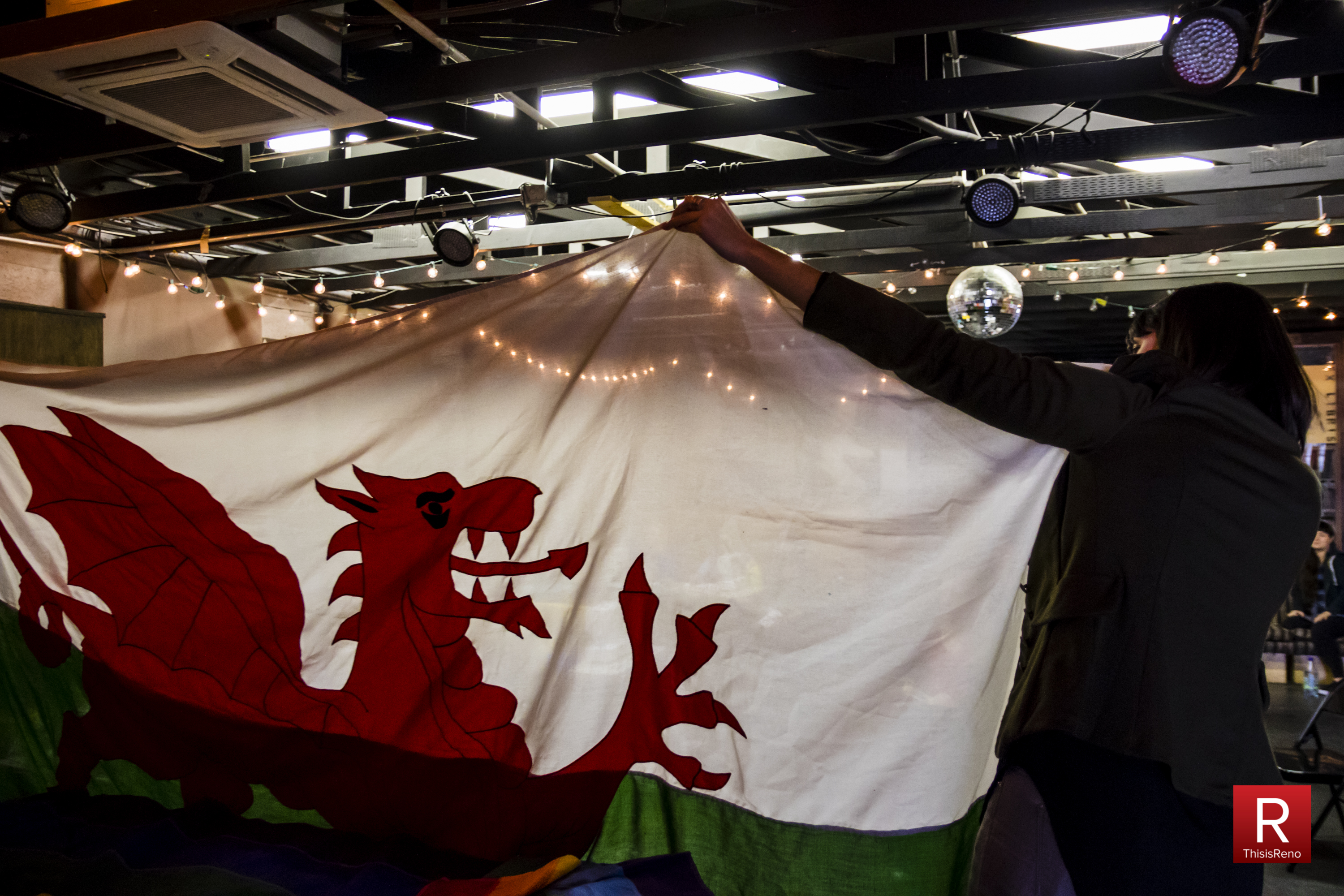 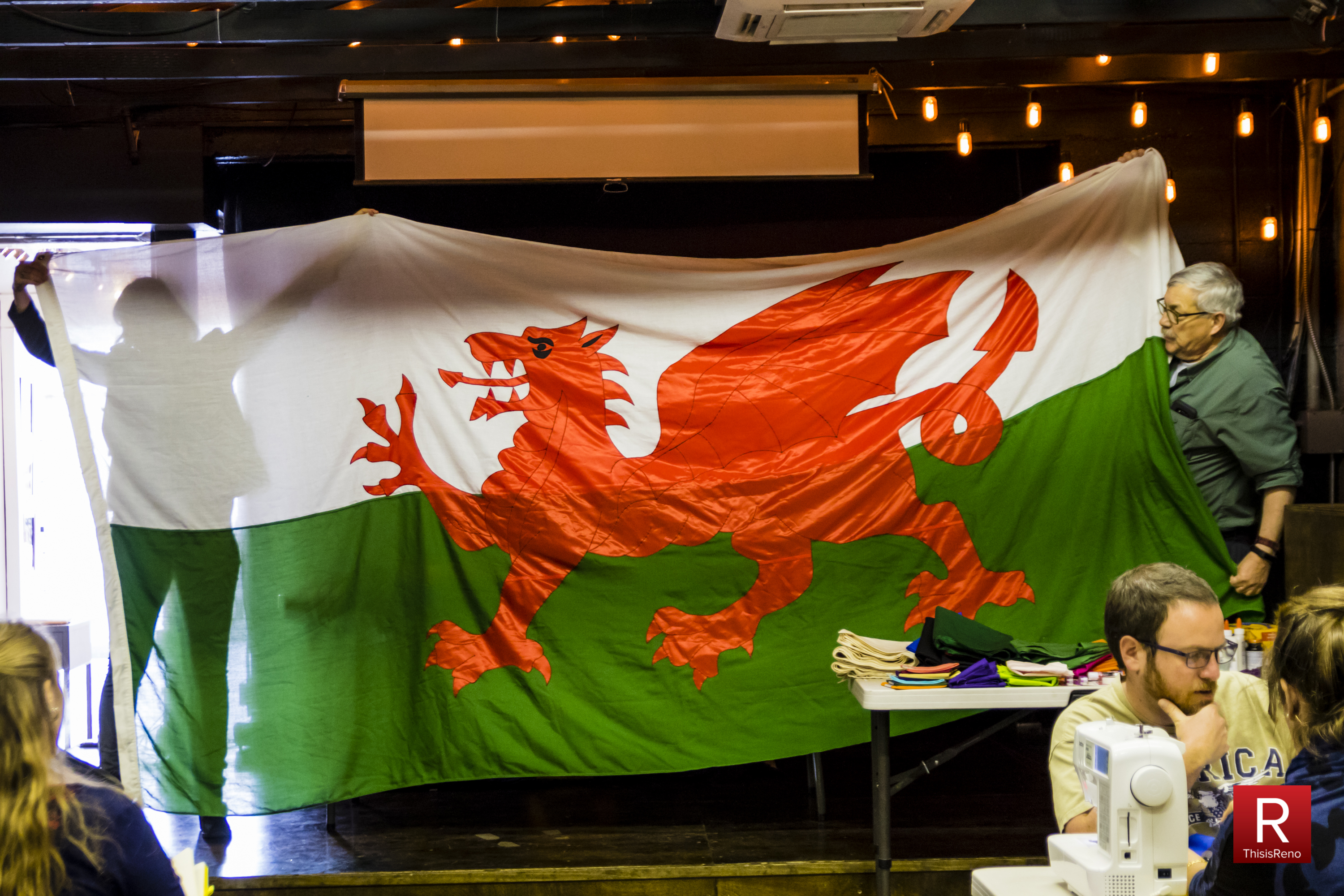 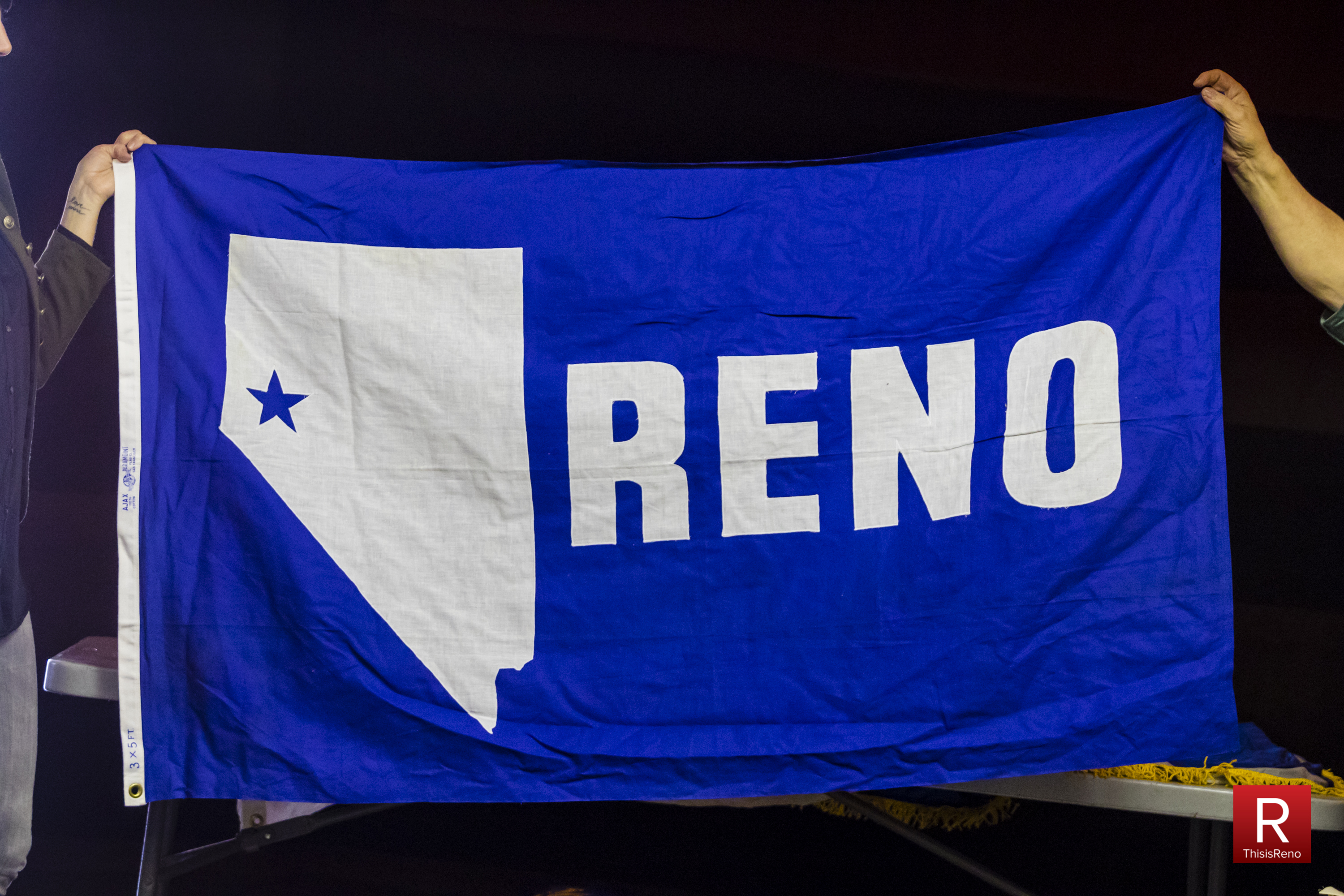 Ferrigan, with the help of City of Reno public art coordinator Megan Berner, showed the room of flag designers a variety of regional and international flags. These ranged from small local flags like that of Martha’s Vineyard to massive flags like that of Wales, which spanned the entirety of the Holland Project’s stage. 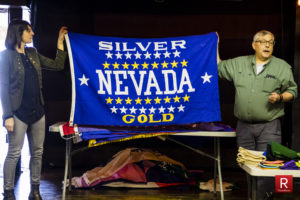 A past version of the Nevada flag. Image: Ty O’Neil

Nevada’s past and present flags were reviewed, with Ferrigan explaining the great difficulty of designing a successful flag. A repeating theme was that of the challenge of text, which on one side can read out “Reno Nevada” but from the other side is backwards. Another recurring issue was flags that were very beautiful and complex but were so expensive to produce that they were decommissioned and replaced with simpler designs.

After the discussion, workshop participants set about designing their flags with the help of the Holland Project staff, Berner, and Ferrigan. The designs are being created for the Reno Flag Project, a competition to design a new municipal flag and put together by the city’s Arts and Culture Commission as part of Reno’s 150th birthday. 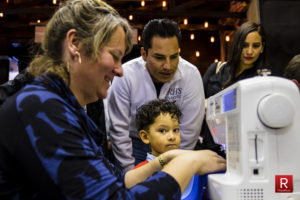 While the competition will be open until March 2, individuals who attended this workshop got a jump start with the opportunity to sew their very own designs. Each person started with nothing more than an idea and a sketch on paper, but with some help flags began to come to life.  There was a wide variety designs, but a few symbols, like the Truckee River, repeated across several designs.

I spoke with Berner about the project. Despite the contest only recently opening, Berner said that they have already received more than 40 entries. The designs submitted will be reviewed anonymously and the top three designs will receive cash prizes. Prospective flag designers can find submission guidelines and a variety of resources to help create a flag design at: https://www.reno.gov/community/arts-culture/reno-flag-project

Five events to check out this week: Reno unmasked edition

Five events to check out: Fresh Meat and a little...

Five events to check out: The last week we’ll write...