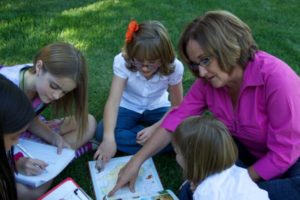 “Senator Debbie Smith was an extraordinary public servant whose record of accomplishments and presence in the Nevada Legislature will remain unmatched in the years ahead. Today we remember her legacy as a true Nevadan with a fierce devotion to her constituents and state, particularly to public education and the children of Nevada. I will personally miss her greatly and Nevada will miss her leadership.”

The Governor ordered flags on state buildings to half-staff. Flags will remain there until sunset on the day of her funeral.

“I was incredibly saddened today to learn of the passing of Debbie Smith. A Nevada resident for most of her life, Debbie was one of our state’s strongest advocates for public education. Her work in the Nevada Assembly and Nevada Senate was marked not only by her dedication to bettering education policy, but also by her support of wildlife and conservation issues. I, along with my fellow Reno City Council Members, extend our sympathy to Debbie’s family and friends during this difficult time. She will be missed.”

“Debbie Smith was a champion for Washoe County and I was heartbroken to hear of her passing. Her dedication and collaboration in the State Assembly and State Senate to supporting children, seniors and adults was exemplary. We were lucky to have someone of her caliber care so deeply about the people of Northern Nevada. On behalf of the Board of County Commissioners, we send our thoughts to her family during this very difficult time.”

“Debbie Smith was a giant in the Nevada Legislature who fought tirelessly for Washoe County and Nevada’s working families. No one knew the state budget more or fought harder for more education funding than Debbie. Last session, when she was courageously fighting cancer, Debbie still made sure to get to the legislature to vote for the historic increase in education funding. No one in this state cared more about improving education for our kids than Debbie. I am proud to have called her a friend. On behalf of every Democrat in Nevada, I extend my thoughts and prayers to her family.”

Smith was elected in 2000 as a member of the state assembly. She served as chair of the Ways and Means Committee and was speaker pro tempore. She was elected to the Nevada Senate in 2012, serving as the assistant majority leader and assistant minority leader.

She is survived by her husband and three children.

She was recently acknowledged for passing a bill that will allow for a ballot question to fund local school improvements and new buildings.

Sen. Debbie Smith was an extraordinary public servant. I will miss her greatly & Nevada will miss her leadership. pic.twitter.com/YHlCiIvssm