Washoe County voters will see a new ballot question in November, one that could help area schools deal with repairs and overcrowding. A committee voted on that question today.

The Public Schools Overcrowding and Repair Needs committee, created during the last legislative session, was tasked with developing a ballot initiative for school improvements in Washoe County. The committee decided to go with a sales tax increase rather than a combined increase to both sales and property tax. 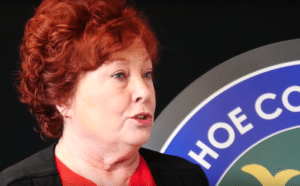 “In our prior meetings the concerns about the property tax was its impact on the elderly and those folks on a fixed income.”

“I think most people recognize that the schools are in need of repair. Most of our schools are 35 years or older. A lot of them has asbestos in them,” she said.

If approved by voters, the sales tax would increase from 7.7 percent to about 8.3 percent, making it the highest in the state.