12 Things to Do This Week: Reno’s August 9 Arts and Culture Roundup

Tuesday Night Trivia with Brad Bynum is happening at 9 p.m. at St. James Infirmary. Grab three friends to form a team of four and put your thinking caps on. Prizes will be awarded to the first, second, and third place winners. Bring take out or order delivery to share with your team. 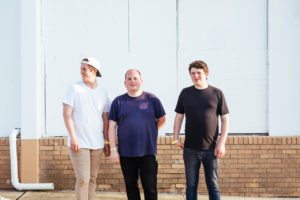 Spraynard and Man the Tanks @ The Holland Project

Spraynard and Man the Tanks will be performing at The Holland Project at 8 p.m. Spraynard is an “ever-evolving pop punk group.”

Join Strange on the Range for their weekly performance at Brasserie St. James. This show is free and open to the public.

Dead Mockingbirds, The Shames, and Stabby Unicorn will be performing at Studio on 4th at 8:30 p.m. The Dead Mockingbirds are a hard hitting Texas rock and roll band out of the Dallas area. These guys pull no punches and will melt your face off. The Shames are an independent punk rock n roll band powered by super burritos; The band formed in 2009 in the heart of Reno, NV. WIth hard-hitting beats and female-fronted vocals, the three piece have a full album available for sale at any of their shows.Stabby Unicorn started as a writing experiment between close friends Rhiannon Box, Eric Foreman, and Daisy Foreman in 2012. They quickly found that they enjoyed making music together. Eric had a guitar, Rhiannon had some keyboards, and Daisy decided to buy some drums and learn how to play them. Three months later they played their first show, not completely sure what direction to take their songs. This show is 18+ and tickets are $6. 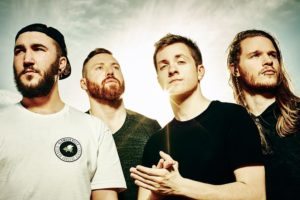 I Prevail and the Crossroads Tour @ Jub Jub’s Thirst Parlor

I Prevail and the rest of The Crossroads Tour are coming to tear it up on August 12th at Jub Jub’s Thirst Parlor! Join the event and click attending if you wanna get rowdy with us for the night! Be sure to invite your friends, family, co-workers, even your alcoholic step-cousin to join the event page… Lets pack the house! 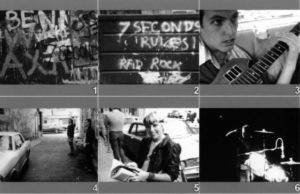 Kevin Seconds will be giving a talk at The Holland Project to kick off Skeeno in Black & White & Words: Roots of Punk in Reno, 1979-1985. Hosted by the Nevada Museum of Art, this talk will discuss the early years of the Reno punk scene and screen the short film, 7 Seconds Goes to San Francisco. The talk is at 6 p.m. Tickets are $8 for Nevada Museum of Art members and $5 for students.

Sativa Cult and Gottem are performing at The Holland Project at 8:30 p.m. Sativa Cult is blend of Nirvana and Dinosaur Jr., through a Purchasecore lens. Gottem are an emo group with songs called Will.I.Am. is a fragment sentence. You won’t want to miss this fun concert. Tickets are $5. 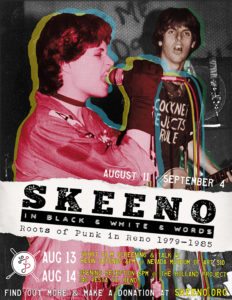 Skeeno in Black & White & Words: Roots of Punk in Reno, 1979-1985 will be at The Holland Project, partnering with Bessie Oakley to open their fantastic exhibit. Featuring photos by Gary Elam and Cari Marvelli, as well as flyers, fanzines, letters and an interactive community photo wall, the exhibit traces the roots of the Reno punk rock scene from its inception in 1979-1985. The exhibit will be on display until September 4. The exhibit is free and open to the public. 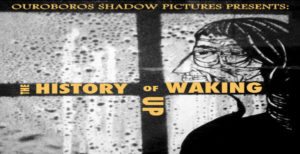 The History of Waking Up @ Reno Little Theater

The History of Waking Up will be at the Reno Little Theater for one night only. Oakland, California-based theater troop, Ouroboros Shadow Pictures, is bringing their current show to Reno using their specialized method of shadow cinema. The story follows two people through their nightmares and fantasies, painting a haunting picture of solitude, memory, and parallel realities. Set after a tragic incident in the lives of the characters, this story explores their perceptions of time and their struggles with loneliness. When the line between the real and the imagined begins to disintegrate, the collective journey of both characters becomes clear. Important note: this is not a puppet show and may not be appropriate for children under 13. In the spirit of Ingmar Bergman, the show offers character perspectives that are both undesirable and necessary. Show times are 7:30 and 9:30 p.m. and tickets are $15 for general admission and $10 for seniors/students/military. 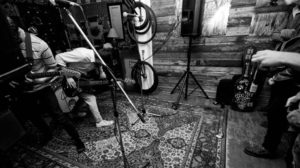 Tunic and Idol Smasher will be at The Holland Project with their “Canadian noise-punk weirdness.” Showtime is 8:30 p.m.

Celebrate August birthdays with a Mexican potluck at the Morris Burner Hotel. Bring a dish to share and put your party hat on. There will be music, dancing, and a piñata, because what’s a birthday party without a piñata? The party starts at 7 p.m. and is free. 21+.

New to Burning Man? Fear not. Burning Man Virgin Boot Camp is for you! There will be guest speakers and mini workshops to prepare you for your time on the Playa. Topics include The Burning Man Ethos, the 10 principles brought to you by Vision, the difference between LEO and rangers, staying hydrated and eating right, what to bring and how to bring it, securing your tent, bike safety/repair/decor, deep playa excursions, don’t be a Darkwad, and avoiding mid-week meltdown. The event starts at noon, is free for Morris members, $5 for non-members, and 18+.