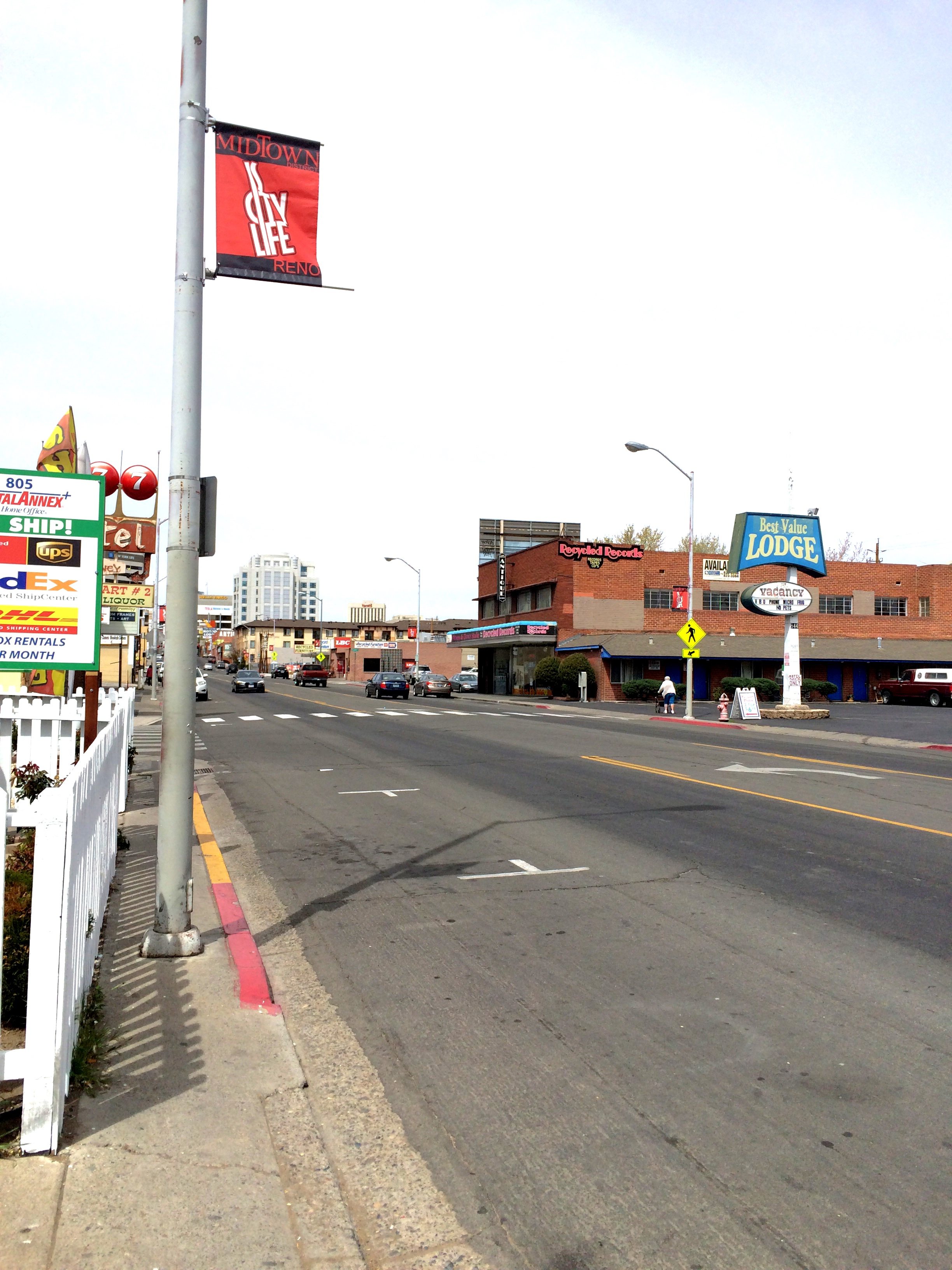 [EDIT: The original article title was “Bikes or Businesses…” Readers correctly pointed out that bicyclists are business customers, and many businesses support bike travel, as shown in the endorsement letter linked below. The title has been changed. That said, the realities of the existing design alternatives are covered in more detail below.]

The City Council will hear the matter tomorrow when RTC presents to the council design options, results from a citizen survey and a report on the project, which will redesign Virginia Street along the University of Nevada, Reno and through the Midtown district.

It’s estimated that up to 80 percent of businesses favor these options, he said.

At meetings in April, a strong desire was expressed for bike lanes instead of parking [Edit: on Virginia Street] in Midtown. Later, critics presented to the City Council their concerns.

“…The plans for the Midtown district devote barely more than the legal minimum required space for sidewalks and devote the remaining space to vehicle travel lanes and parking. In the narrowest section this equates to only six feet of sidewalk on each side of the street and 52 feet devoted to automobiles.”

The Coalition has more recently been contacting local officials in person and through social media, advocating for what it called a more progressive design.

“We are still pushing the City and RTC to adopt a more progressive design for Virginia Street in Midtown,” the group posted on its Facebook page. The Coaltion is calling for the “relocation of on­-street parking to maximize space for people.”

It wants to, “increase (the) net parking capacity with better management of side street parking, (the) addition of public parking lots and collaboration between private off­-street parking owners,” according to an online endorsement letter.

The Coalition is scheduled to present at tomorrow’s meeting at 10 a.m. at City Hall.

Because of width restrictions and the requirement for wider sidewalks that meet  Americans With Disabilities Act requirements, something has to give.

“We will present all of the information, and the Council will provide direction,” said Joe Harrington, RTC’s PIO. “So, to be clear, the Council and, later, the RTC Board will make the recommendation on how to move forward. We will likely develop a preferred alternative based on direction we receive.”