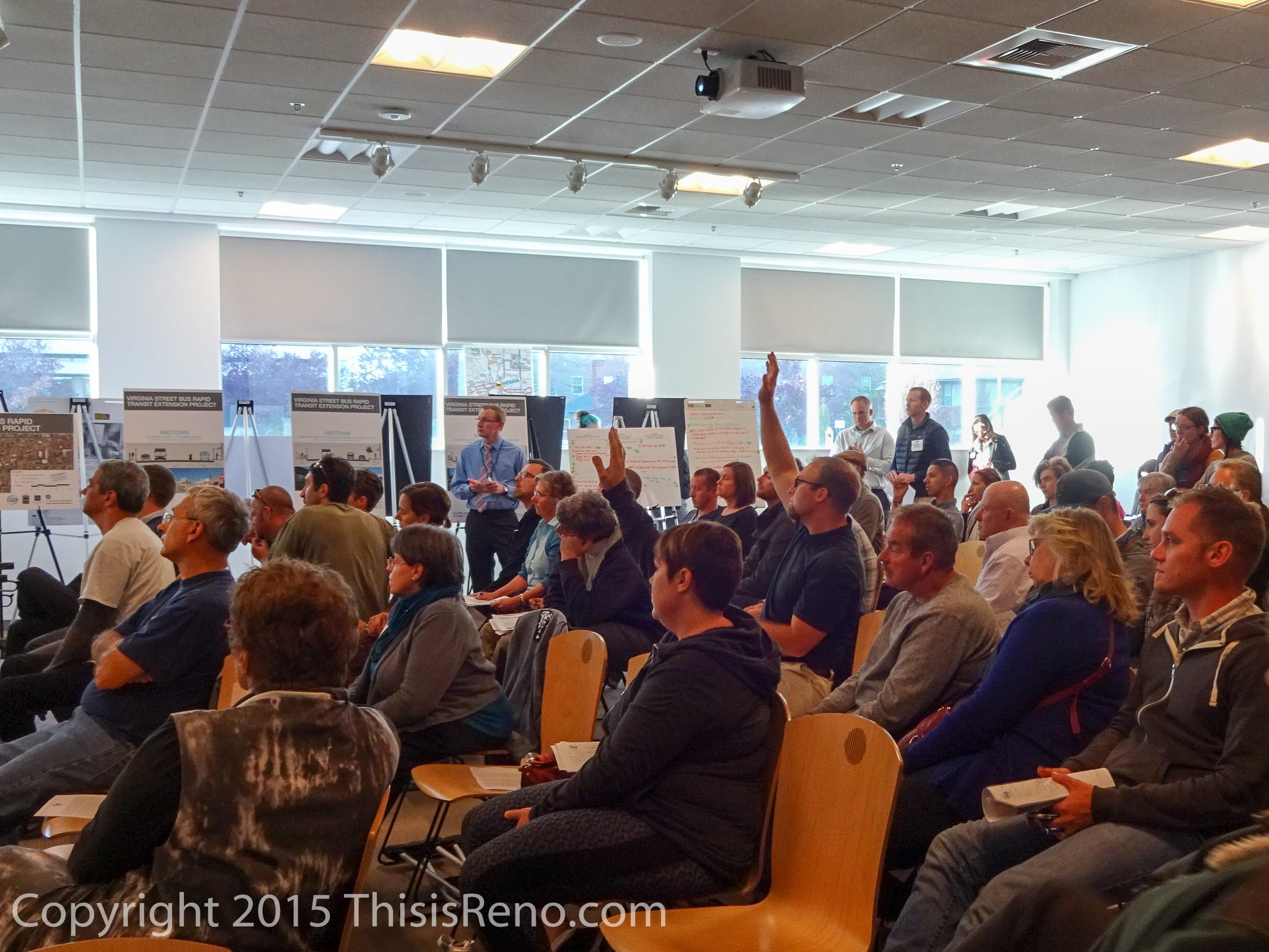 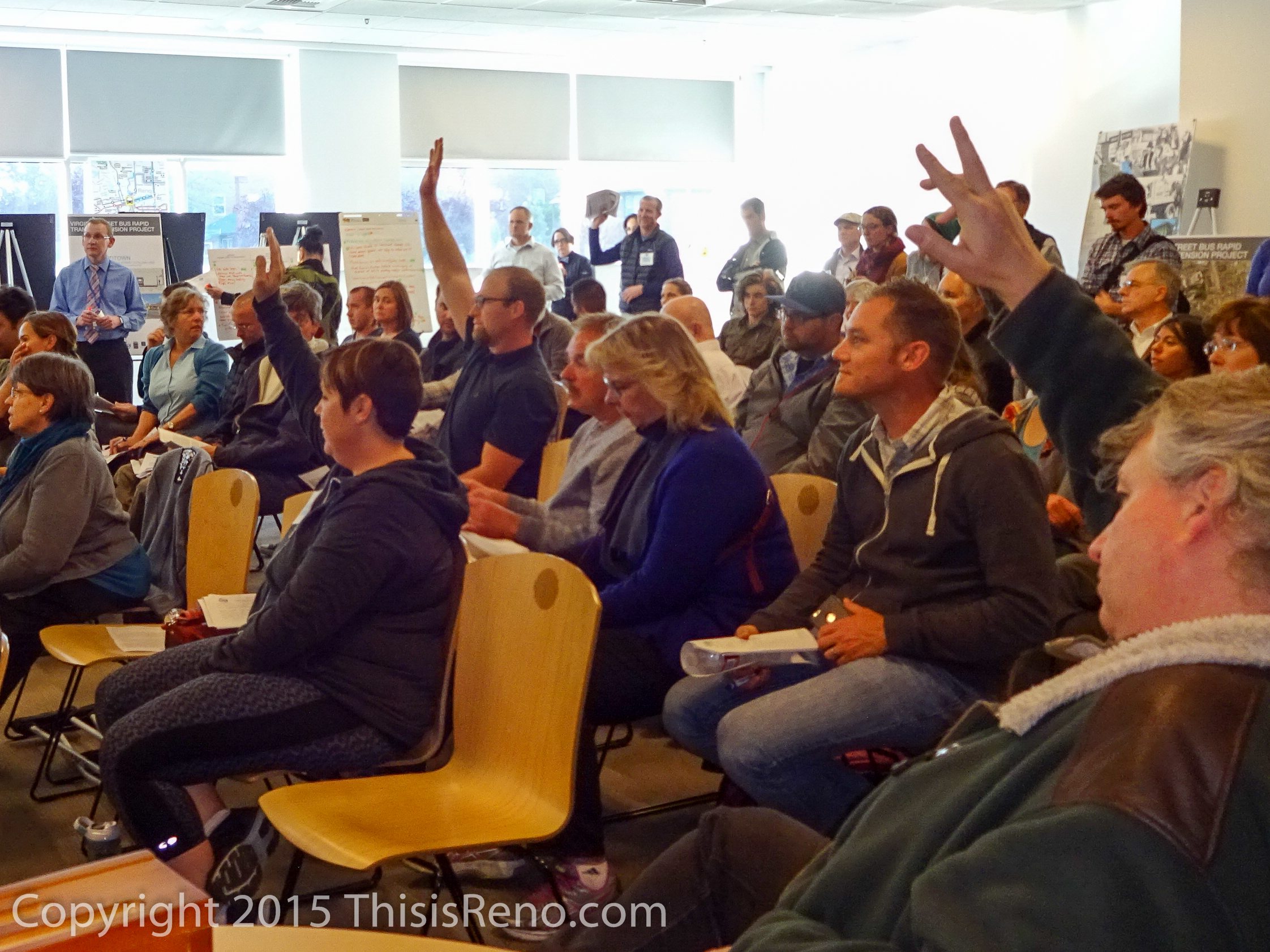 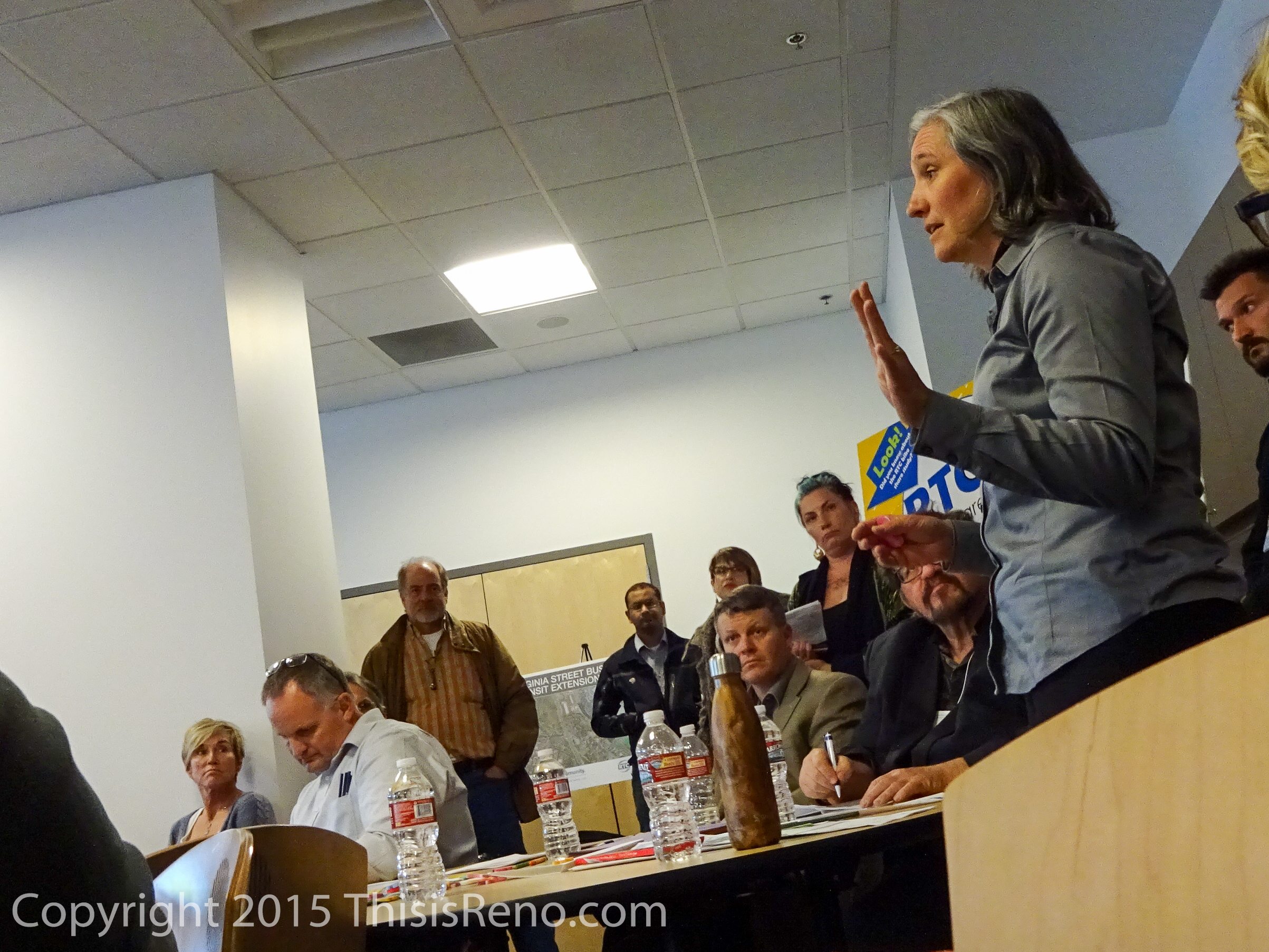 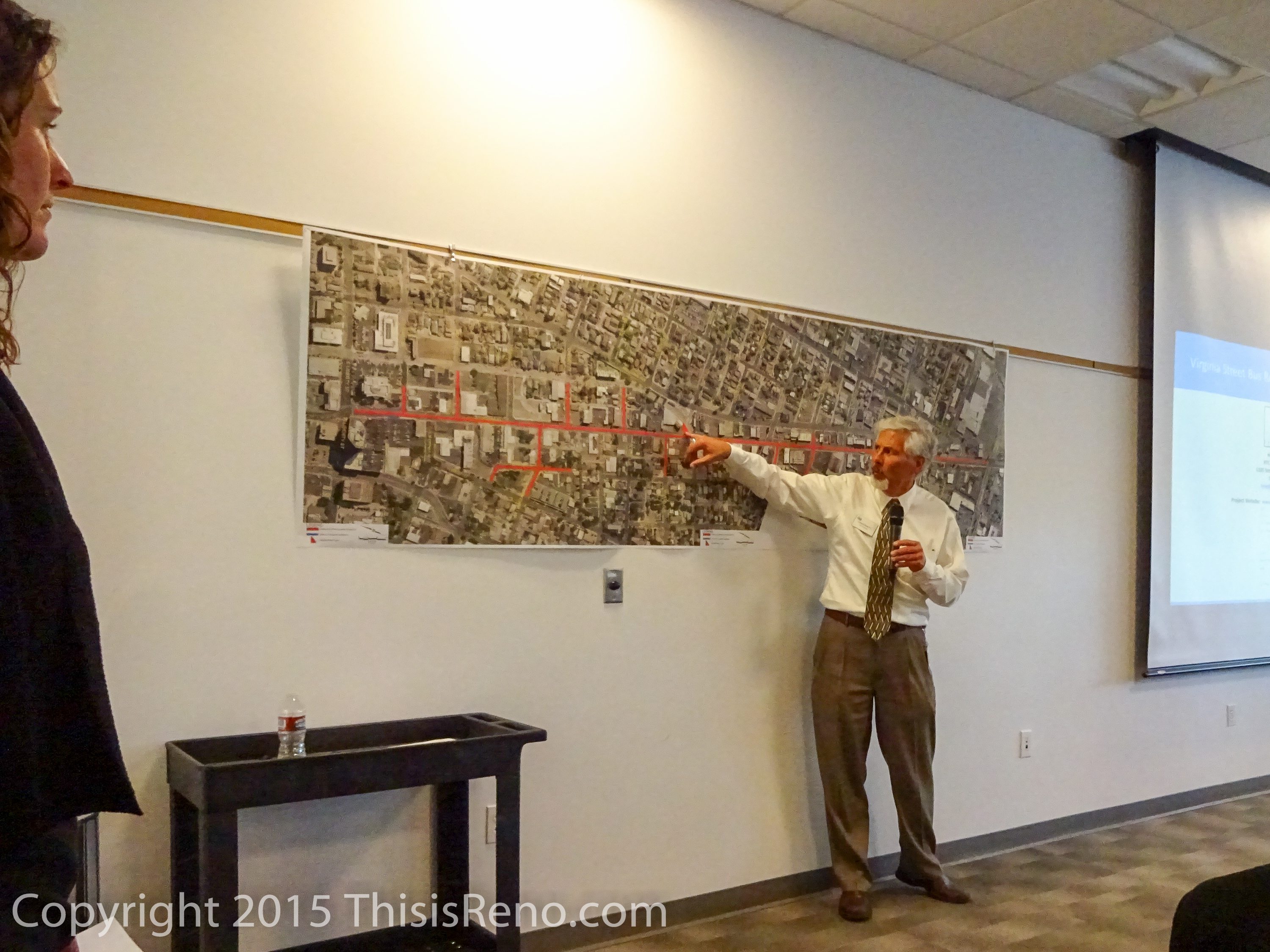 The message to RTC was clear: More bike lanes.

Citizens turned out to express this message last night at the RTC’s first public meeting on a 2017 project to make improvements to Virginia Street in Midtown and along the University of Nevada, Reno (UNR).

Among possible changes discussed, bike lanes and more pedestrian friendly traffic were the main concerns cited by the standing-room only audience at the Discovery Museum.

Proposed designs presented by RTC, though, had a conspicuous absence of bike lanes while instead focusing on wider sidewalks, parking and business friendly components such as room for awnings, sidewalk seating, improved lighting and trees.

Roundabouts near UNR are also part of design options.

Audience members raised the point that in past meetings bike lanes were suggested and questioned why they weren’t included in new designs.

“We believe the plans are too auto-centric and fall short of making Virginia Street a great street for people to walk, shop and dine in Midtown,” said Marlowe Kulley, a member of The Great Streets Coalition, formed to “making Virginia a great street.” “We are urging the RTC to provide a plan that transforms Midtown and the entire Virginia Street into a place that is both beautiful and safe for people on foot, on bike and in vehicles – not just a traffic corridor, but a place we can be proud of.”

RTC staff promised to consider audience suggestions as they begin advancing on the project.

Another meeting is being held tonight at the William Raggio Building on the UNR campus, from 5 to 7 p.m. in room 4001.