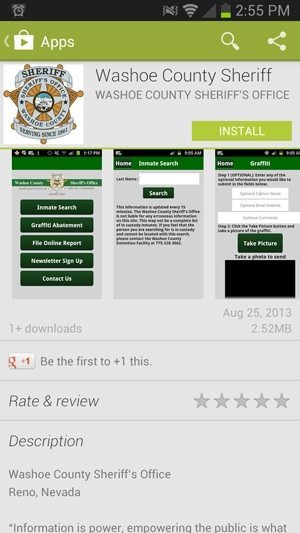 The Washoe County Sheriff’s Office app is now available for Android users. The app is available for free from the Google Play Store.

The Sheriff’s Office originally launched the app for iPhones and iPads in early June to help increase public access to commonly used services. The app provides access to some of the office’s most frequently used services such as online crime reporting, graffiti abatement and inmate searches.

The app also provides basic contact information and the opportunity to sign up for additional information from the sheriff’s monthly Community Partnership Connection eNewsletter.

Users can find the app under “Washoe Sheriff” in the Google Play Store.