The National Council of Juvenile and Family Court Judges (NCJFCJ) has announced William “Bill” DeLisio, MSLA, BSAS, as deputy executive officer. DeLisio will be responsible for the NCJFCJ’s growth and strategic initiatives supporting the organization’s mission and vision.

DeLisio has more than 20 years of experience serving as a judicial administrator and court program manager at the local and state level. He has an extensive background leading child and family initiatives, building teams, catalyzing new ways of thinking, and improving the administration of justice through collaboration.

“It is exciting to add Bill to our team with his extensive knowledge of the courts,” said Joey Orduña Hastings, CEO of the NCJFCJ. “We are looking forward to leveraging his leadership to work strategically across the organization and with our stakeholders to further the important mission of the NCJFCJ.”

DeLisio hails from the Colorado State Court Administrator’s Office, where he served as the family law program manager overseeing programs including juvenile dependency and neglect, probate, domestic relations, dispute resolution, child support, court-appointed professionals, and distance learning. Prior to that, he held various roles in Colorado’s 17th Judicial District serving as domestic relations case manager, juvenile family court facilitator, and juvenile court programs coordinator. He was instrumental in developing the “Beyond the Collabobabble” podcast which delivers stories of collaboration, systems improvement, and systems reform in the Colorado courts. DeLisio began his career in judicial administration as the criminal caseflow manager in the Gaston County District Attorney’s Office in North Carolina.

“I am committed to working with the NCJFCJ team, board, membership, and our national partners to address juvenile justice and domestic relations issues facing our courts,” said DeLisio. “It’s an honor to help lead the important efforts of the NCJFCJ to enhance judicial education to promote safety and improve outcomes for children and families in the system.”

For more information about the NCJFCJ, visit the website at ncjfcj.org. 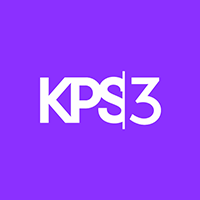