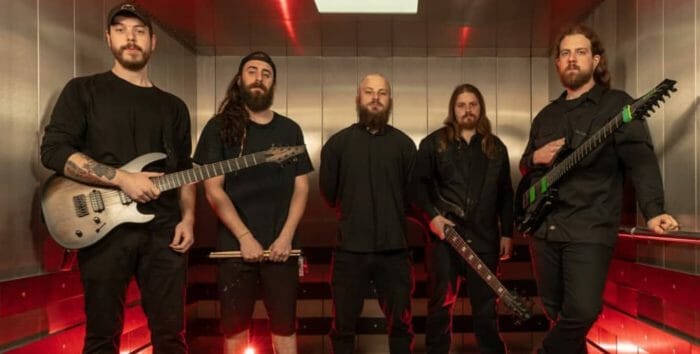 I started playing drums when I was two or three. I started taking it seriously in middle school and I couldn’t stop. My parents and brother influenced and inspired me to play music since they are/were touring musicians. Later on down the road, two years back, Brody hit me up and asking if I wanted to try out. I sent two videos over of the songs he wanted me to learn in two days. He enjoyed my playing and we’ve been touring and writing ever since. Rivers of Nihil’s fans are mostly metalheads. 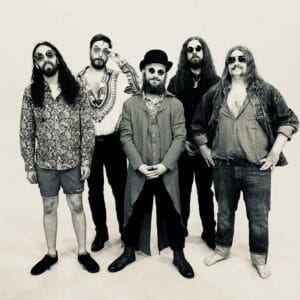 Our sound has evolved since I joined. Before I joined, they started out as Slam/Death Metal, then moved on to the Technical Death Metal realm. Then, when I joined, Brody wrote some stuff that really put us into the Progressive genre, while still being Modern Death Metal. We take some influences from Pink Floyd, King Crimson, Soundgarden, to name some outside of metal, while still keeping it relevant to the genre.

I’m mostly inspired by my parents and my brother as well as everyone in the Reno music scene that was around while I was playing, growing up. They all pushed me to keep playing and never give up. Even when times were pushing me away from music, I never let it happen because their words meant a lot to me. 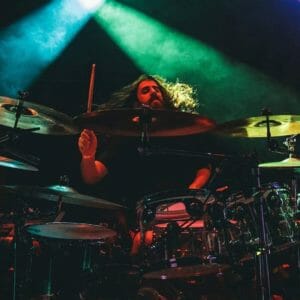 Five years from now, I hope to have a music shop or at least be teaching at one. Maybe invest in a metal bar or something like that; sounds ridiculous, but maybe, someday. Rivers of Nihil will be in a good spot, musically. Come out with a few albums from this point; playing with awesome musicians and keeping things going. Going to keep climbing for success and I hope this will take me there.