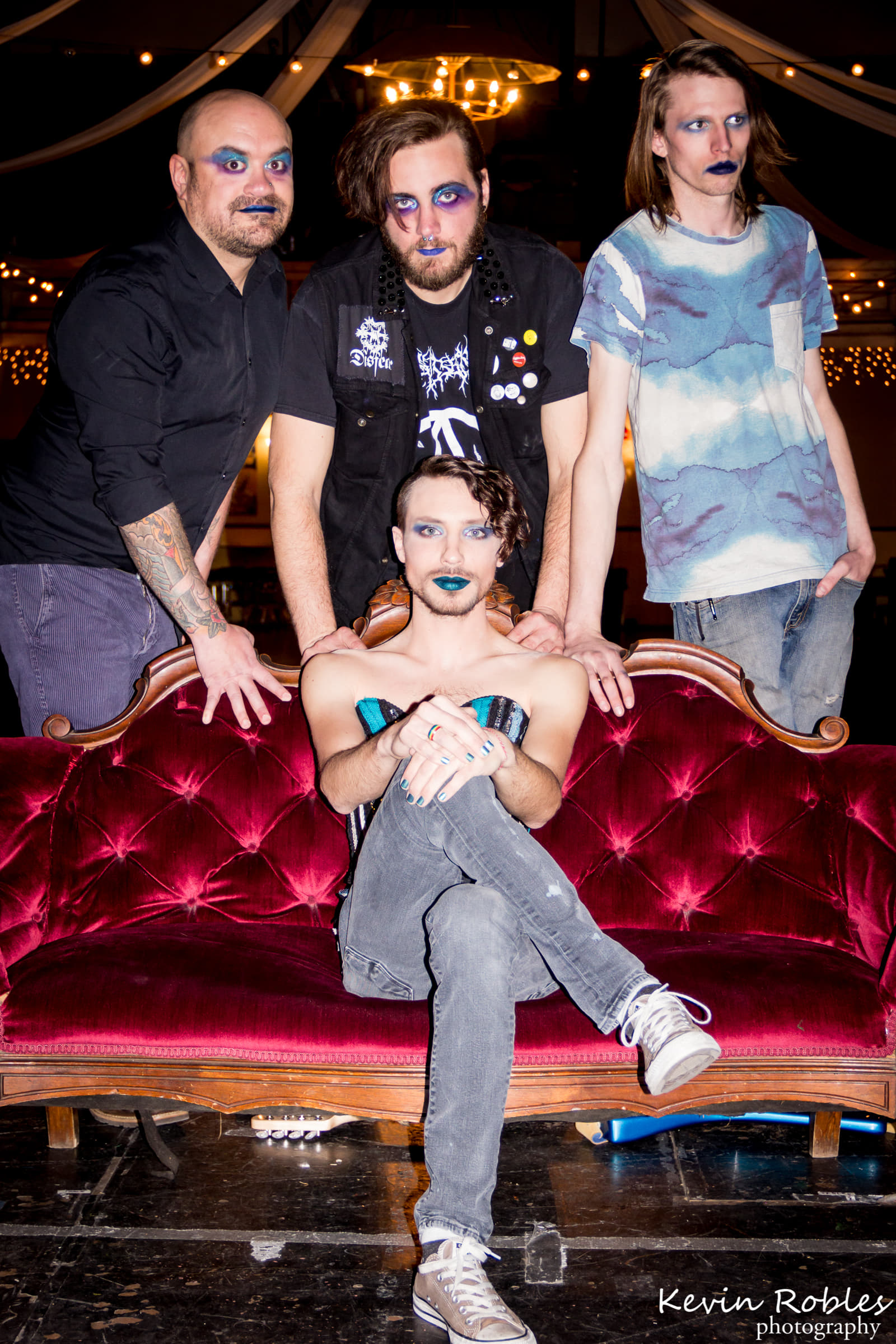 Heterophobia is a queer punk band from Reno, Nevada.

Jace: Making chiptunes and getting pissed that there isn’t a scene for it. I got really into AJJ and became obsessed with writing folk songs. I don’t know who our fans are? All sorts of weirdos? How do I answer that?  Alex: I was already really into Heterophobia; they needed a guitar guy and I had both the time and energy to be that guitar guy. Our fans are mostly people with excellent taste.  Cactus: Playing along with headphones and I have no fans.  Bread: I picked up a bass when I was a teen because music seemed like a healthy outlet for my angst. Also: we have fans? I kind of assumed my friends were the only ones who begrudgingly listen out of obligation.

Jace: Reverb-y, punky, arty.  Alex: Massive riffs, animal drums.  Bread: I grew up listening to simple three-chord stuff, so that’s basically what I learned to play and my style formed from that.

Jace: Still writing, recording, gigging and touring, hopefully in a more stable, comfy way.  Alex: Do they still do the Grammys?  Cactus: Touring on a regular basis in a comfortable vehicle.  Bread: Ideally, trying to figure out how to file my taxes without a W-2. It’s be pretty dope to have Heterophobia be my main source of income.

Jace: Insta or facebook.  Alex: We’re putting together a bat-signal type situation. Gotta get it past the censors first.  Bread: Instagram @heterophobia666 and Facebook Heterophobia are good bets.