“Biggest Debate in Reno’s History” Looking to Be One-Sided 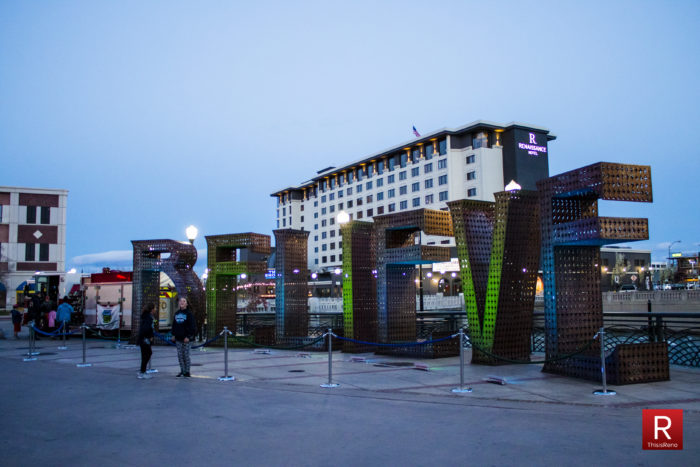 Newly formed non-profit Reno Elections has been advertising what it is calling “The Biggest Debate in Reno” scheduled for 2 p.m. Saturday at City Plaza downtown.

But the incumbents listed to appear at the event said they won’t be there.

Mayor Hillary Schieve and Councilmembers Naomi Duerr and Paul McKenzie each indicated that they will not be attending the event.

“It’s like inviting a sheep to a coyote social,” McKenzie said. “I’ve had stuff scheduled for this weekend for months, but even if I didn’t have conflicts, it’s pretty hard seeing myself attending knowing what I know about the organization putting it on. I don’t have enough respect for them to defend myself against them, and I don’t believe there’s many voters that do either.”

Reno Elections says it is non-partisan.

Schieve posted on Facebook that she also would not be attending:

Duerr, whose name is misspelled on the Reno Elections website, said she also will not be participating.

Incumbents for the mayoral, city council, and county commission attended townhall-style forums in advance of the primary election, in partnership with the Reno News & Review, KWNK Community Radio, ThisisReno and The Holland Project. Some candidates did not respond or did not attend after confirming.

Paul White, Reno Elections director, said that none of the candidates told him they would not attend on Saturday.

“None of the incumbents have ever told me they’re not coming,” he told ThisisReno. “It will indeed be a debate, with tough, authentic questions being asked of the attendees. If their opponents don’t show up and their de facto response is silence…then if I’m a voter that speaks volumes.”

Reno Elections is still advertising the debate with mayoral, council and school board candidates and incumbents, but on its website, it said the incumbents were “invited but (are) refusing to participate.”

“I welcome honest, sincere opposition, and would never ban it,” White responded. “What is unproductive to everyone (including the writers) is illogical, baseless … personal attacks, and statements paraded as something they’re not (e.g., ‘I’ve done research,’ etc. ). Other people in our organization handle social media and banning; I don’t even know how to do it.”

White issued a press statement to some media this week saying that Reno Elections was canceling KOLO News Channel 8 and senior reporter Terri Russel’s press credentials for the event.

“RenoElections.org announced … its decision to cancel all press credentials for KOLO – Channel 8 for the Biggest Debate in Reno’s History on October 20,” he wrote in the press statement.

Except the group can’t do that.

“Our special events department contacted Mr. White earlier this week and let him know that the event has been permitted as a free speech activity,” said City of Reno spokesperson Matt Brown said. “Anyone from the public is permitted to attend the event and be on the City Plaza.”

When asked how Reno Elections would enforce a ban on KOLO from appearing, White responded: “I have no control over KOLO showing up…it’s a public space. What I can’t in good conscience do, is give them any interviews, releases, or special placement in any way.”