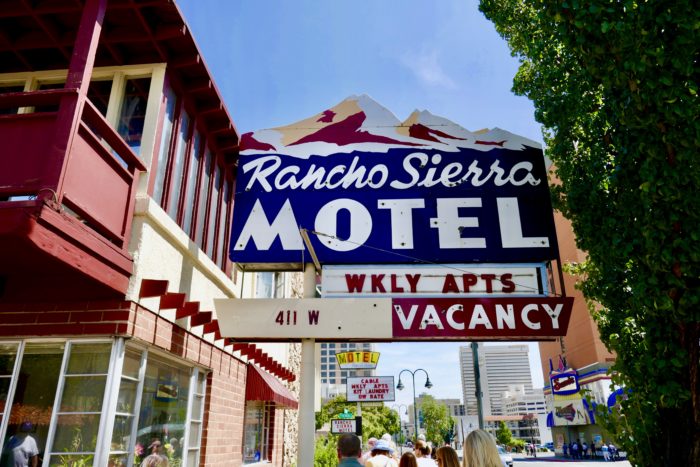 One of Reno’s many weekly motels. Image: Victoria Janicke.

Our “Biggest Little City” is growing up, but certainly not without growing pains. A huge growing pain is the price of housing, which has now visibly become an example of economic disparity that many locals confront.

Example: more than 4,000 individuals and families use weekly motels as the cheapest and final form of housing before facing homelessness.

ACTIONN, a local non-profit, held a community tour yesterday called “Reno’s Last Resort” to address this crisis with elected leaders, political candidates, and community members who are committed to fighting for solutions.

A walking tour of marginal housing was led by those directly impacted by the housing crisis. Between casinos, stores, and other businesses in the downtown area are vacant dirt lots, where weekly motels once stood as a cheaper alternative housing option.

Recently, however, many have been bought out and quickly demolished, primarily by Jacobs Entertainment. Jacobs is planning an arts and entertainment district along West Fourth Street as part of revitalizing the area.

“Together we can imagine a city center that works for our community, rather than for our wealthy.”

While Reno is raising its curb appeal by demolishing the motels, what is the overall cost for a city, a county, and a state where everyone can live and thrive?, asked J.D. Klippernstein, executive director of ACTIONN. “This is not going to be an easy or comfortable conversation, but this needs to happen. I refuse to believe that as we have billion-dollar companies relocating to our state, and we don’t have the resources available to build the housing.” 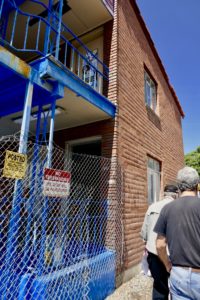 Nevada’s economy is booming, but the growth isn’t always benefiting the locals. In Reno, the average rental for a one-bedroom apartment has increased to roughly $1,200 per month. That means a person needs to earn an hourly rate of $22.39 just to afford it, not the current $8.25 an hour minimum wage.

The Economic Development Authority of Western Nevada, after facing criticism for recruiting low-paying companies to the area, has recently shifted its efforts to higher-paying jobs.

Weekly motels offer “friendlier” alternatives where individuals or families don’t have to pay a deposit, first month/last month’s rent, and credit or background checks. For many who live paycheck to paycheck, this is the only feasible option.

Even students at elementary public schools are given weekend food pantry backpacks with foods that are motel friendly — where no kitchenette is currently required.

ACTIONN would like to see these realities change, but the situation is predicted to grow worse.

After seeing a large group of Reno’s supportive community leaders coming, ACTIONN wanted to spread a message of hope: “Together we can imagine a city center that works for our community, rather than for our wealthy.” 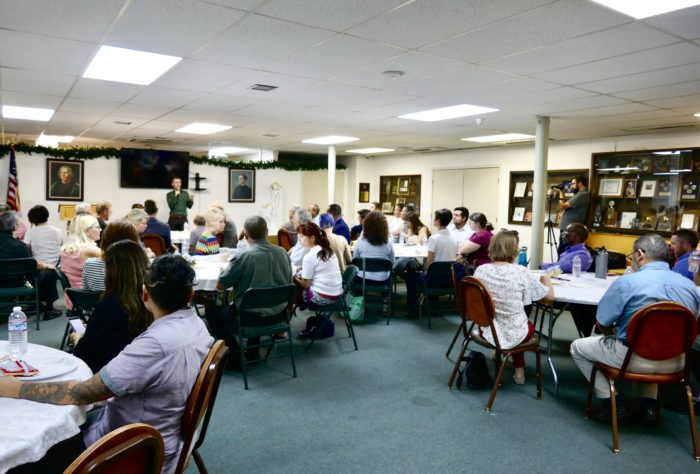 NV’s most common jobs rarely pay enough to pay the...

Majority of Nevadans with mortgages are equity rich