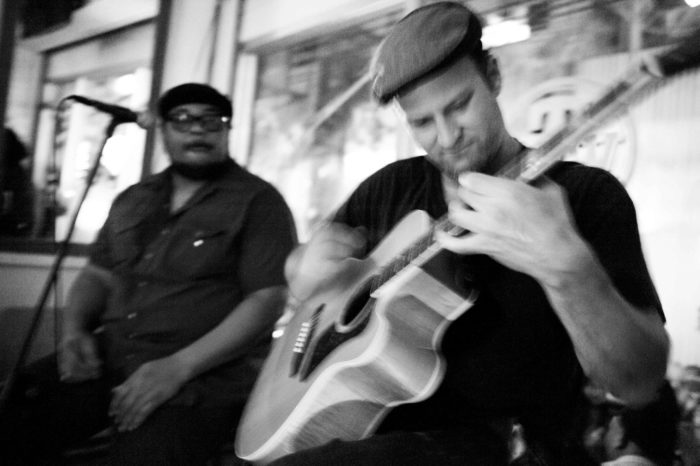 Watch a video below of a private concert the band gave while in Asia.

Longtime Reno musician Jammal Tarkington (Mudsharks, Keyser Soze, Who Cares) and his partner in the duo Verbal Kint, Ryan Hall (Cranium, Umpires), recently returned from their fifth tour of Asia. It was another eye-opening adventure for the two.

“The whole experience is beyond humbling and very inspiring,” Tarkington said. “We feel lucky to be able to travel like this. The spread we had on Christmas was easily the best meal I’ve eaten in my life. It’s all because of my friend Jason and his connections over there. 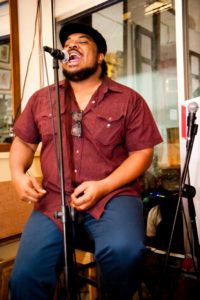 “As Americans, we are privileged,” he added. “We go to Cambodia and meet these kids working at the motel we were staying, (and they said they) could never go to the United States. It was unfathomable to me that those kids think they’d never be able to travel.”

They are planning to go back. Hall’s father lives in Asia, and they originally toured there to visit him seven years ago. After their first tour, Verbal Kint ultimately got to play for the princess of Thailand. Tarkington said that Asian cultures tend to be more family oriented and connected to their surroundings.

“We eat like kings when we’re out there,” he explained. Tarkington attributed that in part to the fact that, in much of Asia, food is grown locally.

“Most of the food is beyond affordable,” he explained. “And I think the food’s a lot better. There was a lot of agriculture in the community and neighborhoods. They grow the food right there. That makes the food a lot healthier.”

The connections they made led to the most recent tour of about 20 shows. Tarkington also DJ’ed as The Thermites at 14 other gigs. Tarkington also said that the tour gave them an opportunity to help raise money for refugees, the Natal Care for Rohingya Refugees project.

“We’ve done a little bit of activism and some benefits there and played some orphanages,” he said. “We are trying to let the youth know that you can use these art forms to get you around the world.”

Verbal Kint is giving a talk about their tour, as well as a performance, Thursday, Feb. 1, 2018 at the Holland Project, 140 Vesta Street. The event begins at 6:30 p.m. and also benefits the Rohingya Refugees project. (Disclosure: I’m helping to moderate the talk.)

Tarkington said that he wants to convey a simple message at the Holland Project event: Each of us can forge an opportunity to use our craft to travel.

“If (you) look for the avenues to use your art, writing or music, to get them in different parts — it’s completely feasible,” he said. “The world isn’t really that big.”