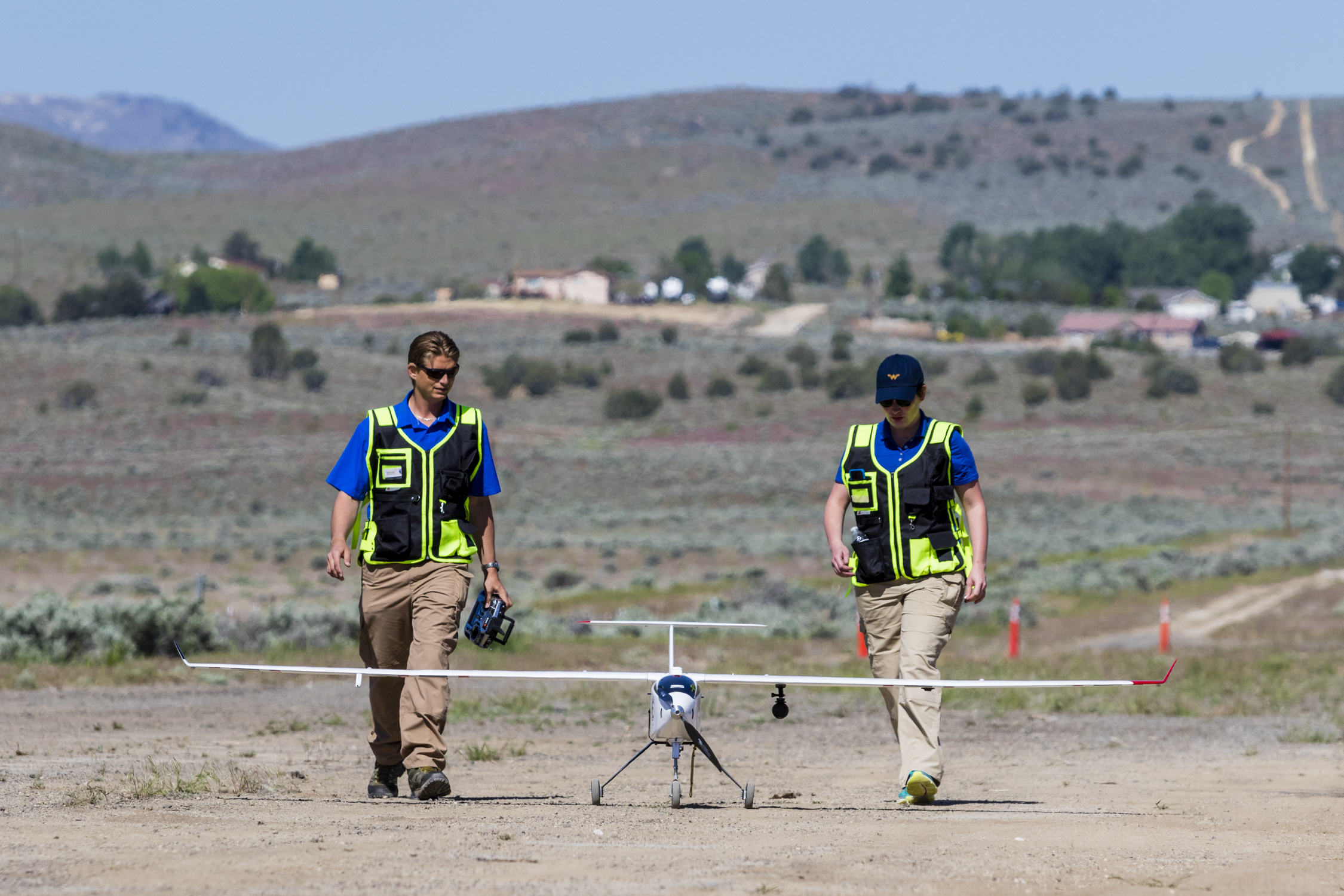 Scroll down for a gallery of photos from the event.

The Reno-Stead Airport may be best known locally for the National Championship Reno Air Races and its history as a military airport, but its future is looking upward (an unavoidable pun) in the world of drones. On Thursday members of the media were invited to see the latest technologies NASA is working on as part of its Unmanned Aircraft System (UAS) Traffic Management (UTM) project at a test range at the north end of the airport.

UTM is a project NASA engineers have been building to monitor low-flying aircraft, such as drones, along with helicopters and other small aircraft.

Currently, a drone operator relies on line of sight, literally watching their drone in the sky, to avoid collision with other drones or aircraft. However, if a drone operator loses sight of their drone for any reason there is no way for them to know what is happening in the airspace around their drone.

The UTM in development, and successfully demonstrated at the event, strives to give operators a real-time view of their airspace to prevent accidents.

Kopardekar and Prevot explained that the UTM technology would help to de-conflict the airspace, something critical as drones become more prevalent and more widely used by both the government and private sector.

Brian Kulpin, vice president of marketing and public affairs of Reno-Tahoe International Airport, explained that while just over 300,000 private aircraft are registered with the FAA, there are already more than one million drones registered.

The test area included two dirt runways and a few modified shipping containers, as well as tens of thousands of dollars’ worth of drones and technologic systems. Three separate drones took off, two hand-launched drones from Del Air Tech and Carbon Autonomous, and one larger drone from Drone America. While in the air the UAS/UTM monitored their elevation and location broadcasting to San Francisco and back with only a one second delay.

One portion of the demonstration underscored the importance of why drone controllers need to be able to monitor the airspace they’re in. A six-pound emergency care package containing a fire-resistant blanket, flashlight, hand warmers, and a first aid kit was dropped from the largest of the three drones. It was part of a wildfire scenario where a drone would be operating alongside planes and helicopters as a monitoring system or possible emergency drop vehicle.

Accidents or traffic collisions could be mitigated by a UTM system. While the function of this system is currently intended for government and business use, Prevot said that if the system could be simplified down to an app then hobbyists would be likely to use the system. No one mentioned any form of mandating during the event, though what engineers do and what politicians do can be very different things.

A representative of Drone America noted that the drive time to reach Reno-Stead Airport was only around 20 minutes, and having the ability to work with organizations like NASA without leaving town was of great value to them.

A six-pound care package was dropped from a drone as part of an emergency response scenario. Photo: Ty O’Neil