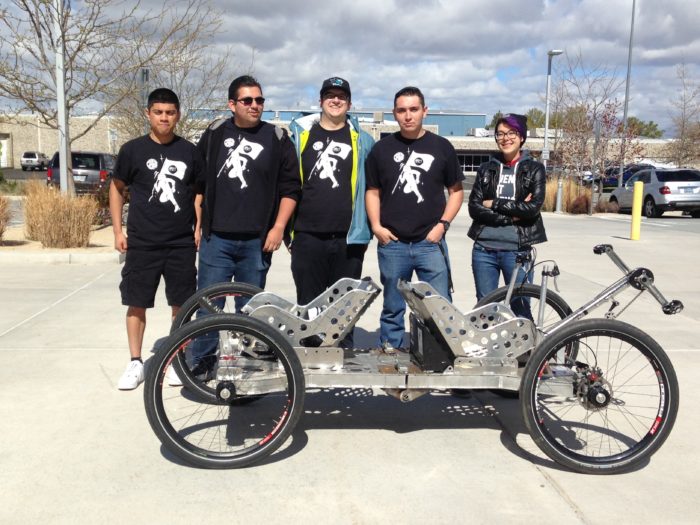 A team from the Academy of Arts, Careers & Technology (AACT) captured second place while competing against 100 schools from around the world at the NASA Human Exploration Rover Challenge at the U.S. Space and Rocket Center in Huntsville, Ala.

This was AACT’s seventh year in the competition and it has placed in the top 10 each of those years. It finished in first place three years earlier.

NASA sponsors the annual competition to challenge and encourage students to design, build, and test technologies for mobility devices that could be used to explore other planets and moons.

As part of the challenge, student drivers must carry the disassembled rovers to the course starting line, assemble them, and check them for safety. The students then take their rovers over the course on two timed runs. The team that has the shortest total time for assembling its rover and traversing the course wins the competition. 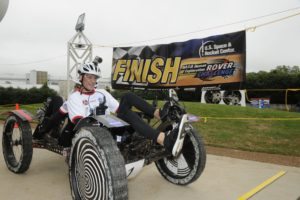 Rules also state the same rovers can’t be used consecutive years. For example, the AACT students used the frame from previous years but almost everything else needed to be altered.

“We have to make a certain amount of changes every year,” said AACT senior Jordan Buxton. “We could only use half of the old rover.”

The rover will be on display at the Fleischmann Planetarium at the University of Nevada, Reno until it’s modified for next year’s contest.

“The competition was a great experience,” said senior Adrian Ortiz. “It’s fun seeing how the rover holds up and seeing other athletes compete.”

In addition to fundraising, means for travel were provided by the Nevada Space Grant Consortium. Students traveled by plane and the rover was shipped on a freight liner.