Home > News > Growth on The Rise For Area Airports
News

Growth on The Rise For Area Airports 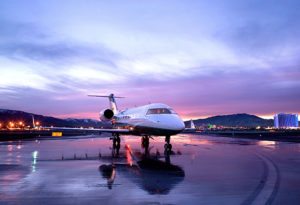 The Reno-Tahoe Airport Authority on Wednesday touted future development at the Reno-Stead Airport, along with increased passenger totals at Reno-Tahoe International Airport that are on the rise again this year.

About 3.4 million passengers went through Reno-Tahoe International last year, up almost 4 percent from 2014. Cargo was at its highest level in history, up more than 7 percent from last year.

Passenger counts have increased 10 percent for January and February this year from those months a year ago, Airport Authority President Marily Mora told the Reno City Council.

“Our early numbers for March are looking equally as good,” Mora said.

Transportation Security Administration pre-check and services by online transportation network companies Uber and Lyft are among some newer things happening at the airport, the airport, Mora said. Efforts are also being made to improve check-in and immigration lines.

Councilwoman Naomi Duerr suggested lining the airport entrance along East Plumb Lane with trees, which she said will look better than “an aggregate of random buildings.” Mora liked the idea.

“We want to have a good front door for people flying into the community,” Mora said.

Plans for 1,700-acre Reno-Stead Airport Business Park include things such as onsite expandable rail service and a regional jobs center, which could include aerospace data, advanced manufacturing and logistics, Mora said.

Master plan development agreements for Reno-Stead with Dermody Properties and Hillwood Investment Properties have been approved. The master plan will take 12 to 18 months to complete and Mora said the airport authority has been engaging the Stead-area residents.