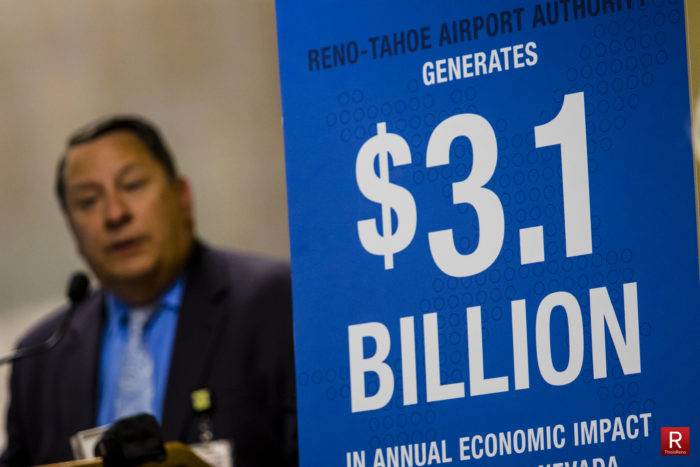 The Reno-Tahoe International Airport commissioned an economic study to determine the impact it has on northern Nevada’s economy. Airport leaders presented the findings today.

“People don’t think about us being an economic engine of the community or about the jobs that we generate locally,” said Airport CEO Marily Mora.

She explained that more than 250 employees at the airport and the Reno-Stead Airport “do more than just work. They really are a participant in helping to lift our community … and increasing the economic benefit to the whole region.” 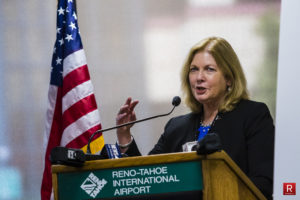 Mora called the study’s numbers astounding. Some of those figures:

Those numbers are up from recession years, culminating in 5.1 million visitors coming to northern Nevada in 2017.

“The increase in visitors and new companies has parlayed into an increase in … airport passenger counts, reaching 4 million in 2017,” according to the report.

However, most visitors are still getting here by car while 39 percent arrived via air travel in 2015, according to the most recent figures.

The study was conducted by Ekay Economic Consultants and the University of Nevada Center for Regional Studies.

Air travel at RNO still weak, but shows signs of...

EXCLUSIVE VIDEO: Snake on a plane out of Reno-Tahoe startles...