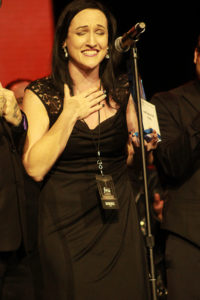 The Fans Of Reno Tahoe Entertainers, or FORTE, has announced that the artist registration phase of the 2017 Forte Awards for Performing Artists process will begin on Monday, April at www.forteawards.com. The organizers encourage the local performing arts community to visit the website for complete details.

This annual event began in 2016 and salutes the works of northern Nevada talents in music, theater, dance, comedy and magic in a gala event in November at the Grand Theatre in the Grand Sierra Resort.

The inaugural event drew more than 1,200 attendees and awarded Forte statuettes for excellence in 40 performing arts categories. The proceeds were, and will continue to be, donated in their entirety to three local non-profit organizations, the Food Bank of Northern Nevada, Northern Nevada Humane Society, and the Veteran’s Resource Center of Reno.

The first Forte Awards ceremony saw performances in each of the performance disciplines, directed by Hello Hollywood Hello producer Greg Hoff and featured a salute to the legendary stage show that made the Grand Sierra stage famous. Local rock favorites, The Greg Golden Band, closed the show which also highlighted 40 celebrity presenters. 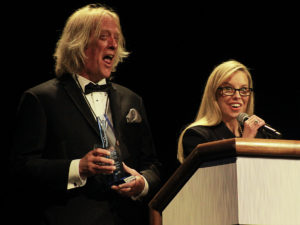 Reno Mayor Hillary Scheive attended and extolled the event, saying “I think it was great and it will be the event to be at in 2017 and for years to come.” The Mayor also presented the Forte’ for Community Engagement at the gala.

Executive Director. Bill Woody. “It’s an awards show for the performing artists in music, theater, comedy, and dance. If you are a performing artist, this is your chance to be recognized within our community and for the public to really show their appreciation the night of the awards show.”

WHY DO WE NEED THE FORTE AWARDS?

We have a wealth of local talent in northern Nevada and it’s unfortunate that the majority of residents in our area really are not fully aware of its depth and breadth. By creating a glamorous evening of celebration, we are working to elevate that awareness and recognize the dedication and sacrifice of our talented musicians, comedians, actors and dancers (which by the way has not been done in recent memory), and highlight our region’s unique talent. That… and the charitable fundraising for three local non-profits: the Nevada Humane Society, the Veteran’s Outreach Center, and the Food Bank of Northern Nevada.

Woody says, “There is a gold mine of talent here, and having one night per year when everyone can feel like a star is something that needs to be done in a big way.”

WHAT IS THE PROCESS AND THE TIME LINE FOR THE FORTE’ AWARDS? 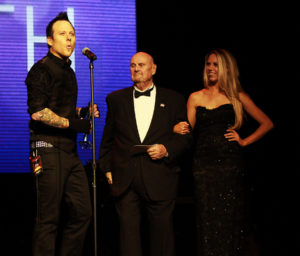 The FORTE’ Awards artist candidate registration period is three months long and begins on April 3, 2017 at forteawards.com. During this time, submissions, all via the website, will be vetted for completeness as described on the website and reviewed for nomination by panels of local professionals from each discipline with the aid of proprietary submission management software. Woody cautions that, “It’s critical to go to the website first, make sure you understand exactly what’s needed, pull all those materials together, and then submit. Be sure to read the submission requirements and have all of the materials you want to submit ready to go before you begin.” Eligible registrants will have lived and performed in the region (defined as Reno/Tahoe/Northern Nevada, from Tonopah north to the state line, and from the Pacific Rim Trail to the eastern border) and will be asked to submit works performed between July 1, 2016 and June 30, 2017.

The Nominating committees spend the month of July reviewing and assessing all entries. On or about Aug. 8, 2017, the nominees in each of the dozens of categories will be announced and public voting for the nominees begins. Public voting and committee reviews are weighted to determine the final list of awardees.

The 2017 Forte Awards will be announced on the night of the gala at the Grand Theatre, Thursday Nov. 2, 2017, in the Grand Theatre in Reno’s Grand Sierra Resort. Woody is enthusiastic. “It will be a grand evening where fashion and schmoozing will be a big part of the fun. A red carpet, paparazzi wall, live entertainment and VIP party are part of the evening’s festivities. Our success will depend on our performing arts community sharing the FORTE’ Awards details and getting registered as candidates for nominations.” It’s high time we showed the best of our local performing artists how much they mean to us.