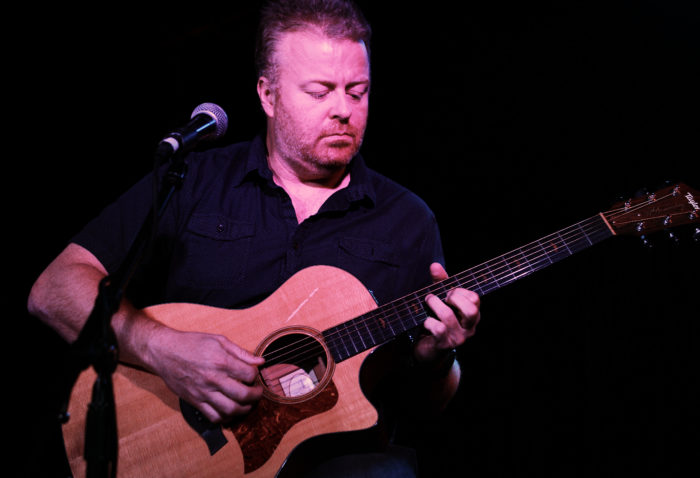 Local Musician Alert: ThisisReno takes a closer look at local bands and musicians in this series of 5-minute interviews. This week we chat with Eric Stangeland.

After taking up the guitar at just 14 years old, Stangeland aimed high right away, first learning Eddie Van Halen’s groundbreaking, guitar-tapping song, “Eruption.” In the time since he’s gone from guitar learner to instructor, accepting students as young as 10.

Stangeland frequently joins area notables as a guest musician for private or club shows in northern Nevada, California, and Lake Tahoe and has also been featured as a regular performer for Wild River Grille concert series in Reno for the past two years. He’s played at famous LA clubs like The Whisky-A-Go Go and The Roxy. He’s also remained active in the Reno/Tahoe music scene throughout the years, refining his playing style by collaborating with other musicians throughout the region, such as Eric Andersen from local band The Novelists. 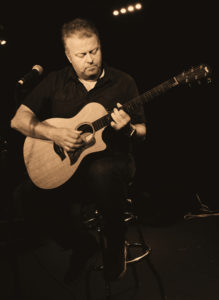 As lead guitar player for bands like Convicted Innocence, Mimic, Dirt Communion, and Tany Jane, Stangeland has built a well-earned reputation as a dedicated performing and recording artist. He’s shared the stage with a variety of popular performers over the years, including The Beach Boys, Queensryche, Warrant, Great White, Skid Row, Dokken, and many others. His main influences are Chris Cornell, Thin Lizzy, Otis Redding, The Beatles, Pink Floyd, Van Halen, and Pearl Jam.

Recently, I asked Stangeland some questions in an online interview, here’s what he had to say:

ThisisReno: Where do you see yourself in five years?

TIR: Any plans on forming or joining another band?

Stangeland: No plans on forming or joining another band unless something pops up that’s too good to pass up. I’m enjoying where I’m at currently musically.

TIR: How can people listen to your music when you’re not playing live? 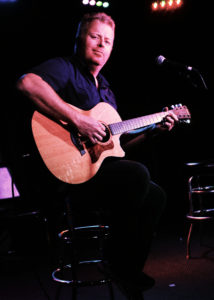 Stangeland: People can purchase my music on iTunes, Google Play, CD Baby and Amazon. I’ll have more physical CDs next summer when I gig again.

Stangeland: Opening up for Queensryche many moons ago and having James [Hetfield] from Metallica watch our set from the side of the stage. Pretty surreal moment.

TIR: What is your favorite thing about Reno?

Stangeland: The musicians in the music scene. I’ve been very lucky to play with a lot of great musicians over the years in this town. So many talented players live in this town.

You can catch this amazing Forte Award-nominated guitarist at Wild River Grille, check their web-site for dates and times.

And as always remember to support your local bands and venues … Go to a Show!