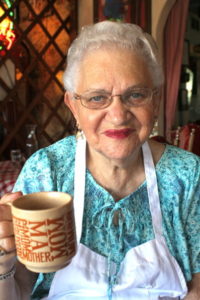 On February 11, 1927, Inez Marie Casale was born to Italian emigrants at the Coney Island Dairy­, now the Pony Express Lodge on Prater Street in Sparks.

Her father, John Casale, came to the United States to work on the railroads. Convinced he needed a wife, his family found Elvira, a traditional Italian woman and mail order bride — still a common holdover from old world Italy. After sending money to pay for her travels to Nevada, they were wed and eventually opened Casale’s Market in the late 1930’s with young Inez and her brother as their first employees.

Casale’s Market evolved into Casale’s Halfway Club after the family discovered a demand for ravioli in the area. The location, named for its distance halfway between Reno and Sparks, will be celebrating 80 years in business this fall and is where Inez has dedicated her entire life’s work. 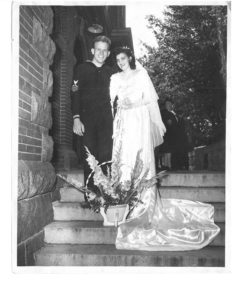 At 19 years old, Inez married Casmir “Steamboat” Stempeck, and together they had 6 children. In 1969, when their youngest child was just 18 months old, Casmir passed away unexpectedly — leaving his wife to raise their children and operate Casale’s Halfway Club on her own, which she did in strides.

It has been 48 years since Mama Inez took over restaurant operations, and Casale’s is still a Northern Nevada favorite, loved for its undeniable charm and Italian food. Thanks to her grit as a matriarch, chef and entrepreneur— Inez was presented a Lifetime Achievement Award by Governor Sandoval in 2013. You can still find Inez just a half mile away from where she was born, making ravioli in the kitchen with her grandchildren.

The community is invited to celebrate Inez’ birthday at John Ascuaga’s Nugget in the Rose Ballroom on Saturday, February 11th. Tickets are $25 and include dinner. Doors open at 4:45 p.m.