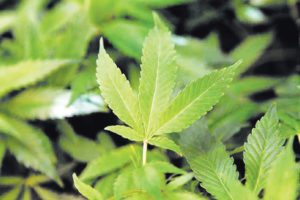 Mainstream Partners, a Nevada based medical cannabis licensing, lobbying and communications firm, launched a robust national initiative earlier this week. The initiative is geared at providing veterans with safe and affordable access to medicinal marijuana while supporting the families, employers, legislators and elected officials who aid them.

The Veterans Administration (VA) estimates that more than 20 United States veterans commit suicide each day. Additionally, hundreds of thousands of veterans suffer from post-traumatic stress disorder (PTSD). Mainstream is determined to provide a safer and more effective alternative for relief and management than what veterans are currently being prescribed.

“It’s no secret that the men and women who have served and sacrificed in the various branches of the U.S. military face significant challenges in their daily lives and they are greatly underserved,” said Joey Gilbert, chief executive officer of Mainstream and founder of Mainstream Partners. “Similarly, it’s also no secret that many of our veterans have found tremendous relief in cannabis, with far fewer side effects than the various pharmaceuticals and drugs that are currently prescribed to them.”

Veterans suffering from PTSD and other illnesses are often prescribed “combat cocktails” of antidepressants, antipsychotics and benzodiazepines. As a result, veterans are at risk to experience potential abuse and debilitating drug side effects. Cannabis is rapidly becoming a more preferred treatment method for veterans, yet many of them still have difficulty accessing medical marijuana.

“I was proud to serve in the United States military and am grateful to the continued service of so many of my brothers and sisters,” said Boone Cutler, Mainstream’s chief creative officer. “I have seen and experienced first-hand the life-changing nature of combat – both physically and mentally – and I can also attest to the fact that the medicines and remedies we’re currently using to treat these men and women often do much more harm than good. Cannabis has had a profound and positive impact on my quality of life and I am committed to working to make sure all veterans have access to the same relief.”

Mainstream includes industry expert Clint Cates as the chief operating officer, as well as Kiera Sears, their chief policy strategist. Their team has led the charge for much of the legislative change surrounding Nevada’s medical marijuana program.

Mainstream’s mission is focused on supporting veteran access, but they are also open to non-veteran members as well. For more information on Medical Marijuana Association or to become a member, visit www.mainstreammj.org. Membership starts at $35 for veterans and their caregivers, and $50 for civilian supporters and advocates. Each membership includes two free vape pens and chargers, custom dog tags with a personal ID number to access industry rewards and discounts, and a redemption certificate for a $1,550ML oil cartridge (courtesy of KYND Cannabis Company).