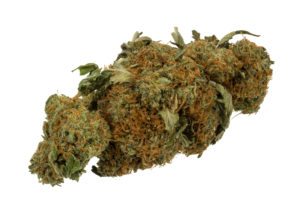 A business license for a medical marijuana establishment was approved Wednesday after debate during the Reno City Council meeting about whether the dispensary’s West Plumb Lane location was within realm of state law.

LivFree Wellness Reno LLC, 100 West Plumb Lane, would be 150 to 200 feet from Conservatory of Movement, a dance studio across the street for children and adults at 73 West Plumb Lane. LivFree plans to open early September in the 6,000-square foot, 23-year-old building that formerly housed Blockbuster Video.

Conservatory of Movement, which opposed LivFree’s license at that location, had an expired city business license when LivFree applied for its license, prompting zoning approval for the dispensary.

Studio owner Barbara Land told council members several parents who have children enrolled in dance classes would withdraw them if LivFree opened. Additionally, she said economically-challenged children take dance classes for free and they’d be denied an opportunity to receive lessons if the studio has to close. Relocating is too costly, she said.

Conservatory of Movement alleged it didn’t get business license renewal notices in the mail from the city, but Councilman Paul McKenzie said that’s not an excuse to let a license lapse and that business owners should know when their licensing fees are due.

“A business license has an expiration date on it and it’s supposed to be posted in a prominent place in the business,” McKenzie said.

Reno sought clarification from the Nevada Department of Health and Human Services, which oversees the state Medical Marijuana Program. The dance studio would be considered a community facility but it wasn’t authorized to operate locally at the time LivFree submitted its application and its irrelevant that the studio was authorized to operate retroactively, the state indicated.

Council members indicated there was no reason not to authorize a license to LivFree, which had followed local and state laws.
“How much have you invested in this location?” McKenzie asked LivFree representatives.

“Would you be willing to reimburse them $2 million?” McKenzie asked Conservatory of Movement representatives. “They have no reason to believe they weren’t going to get approval before they made this investment.”

After the hearing, Land said she always renewed a state license and displayed it but didn’t think about the city license because she hadn’t received a renewal notice.