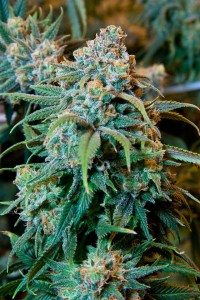 A new medical marijuana dispensary is facing opposition because of its slated location on Plumb Lane. At issue is whether LivFree Dispensary is too close to a “community facility.”

The Conservatory of Movement Dance Academy, which is home to the AVA Ballet Theatre and provides dance classes for youth, believes it qualifies as a community facility. As such, the dispensary would be too close to the dance academy and in violation of medical marijuana establishment (MME) regulations.

But an attorney for LivFree said that the Conservatory does not meet the legal definition of a community facility. The state agreed.

Steve Gilbert, of the Nevada Division of Public and Behavioral Health, said that a lapsed business license disqualifies the Conservatory from “community facility” status.

“The Division finds that LivFree was not in violation of the distance requirements of Nevada Revised Statutes (NRS) 453A.322(2)(a)(2)(Il) on the date on which its medical marijuana establishment (MME) application was submitted to the Division. Although the Conservatory of Movement would be considered a community facility based on the information available, it does not appear it was authorized by the local authority with a business license to operate at the time of the MME application. Even if the local authority subsequently authorized a community facility retroactively to operate during that period, the Division finds that the representations made by the MME applicant at the time of the application met the requirements of the statute.”

The academy countered, through attorney Gregory Glodowsky, that

“…the license has always been listed as ‘active’ but unpaid. (Unpaid apparently because no renewal notices were sent due to address problems when the Post Office requested a split on the address). The City of Reno business license fees were paid for 2011-2016 on June 10, 2016 … and are now current. No penalties were assessed by the City because no notices were ever received by the Conservatory.”

LivFree also argued that the conservatory should not be considered a community facility because its “primary purpose is not to provide recreational opportunities or services to children or adolescents, as shown on the Conservatory’s web pages and advertising. A review of that information reveals nothing more than a dance academy for all ages and mediums of dance.”

The City Council will hear the matter at its meeting Wednesday, July 27, 2016.

Also scheduled to be heard: