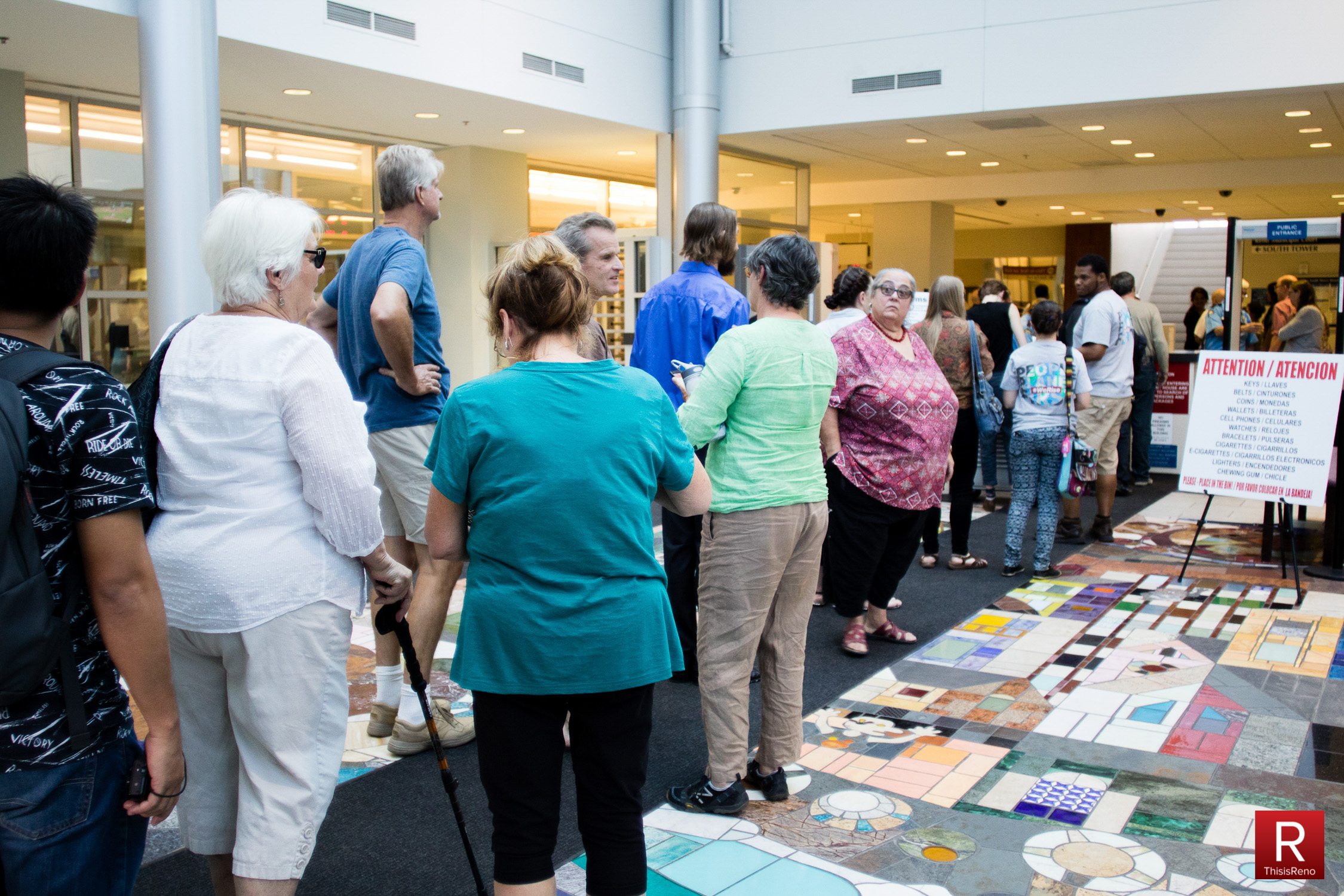 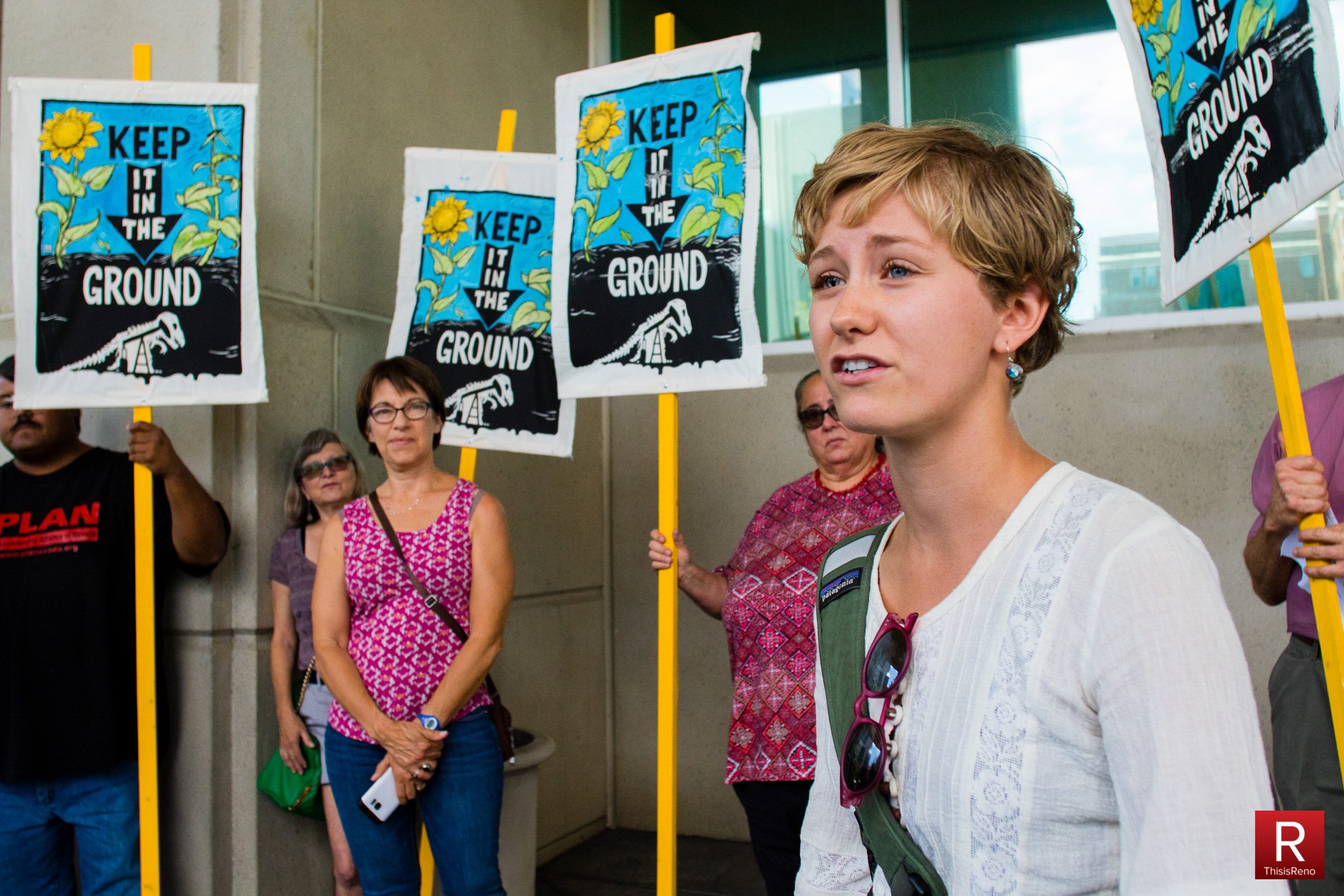 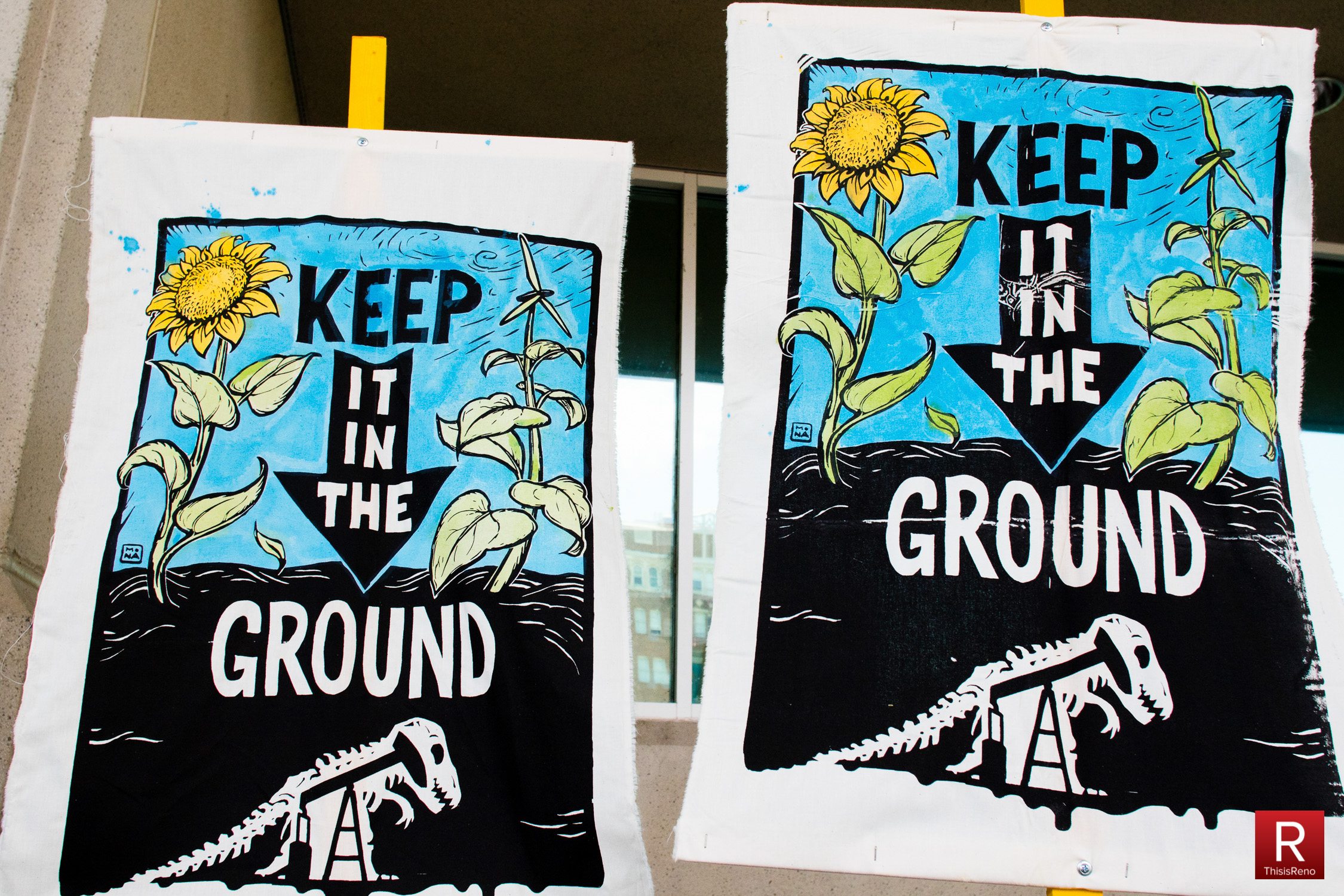 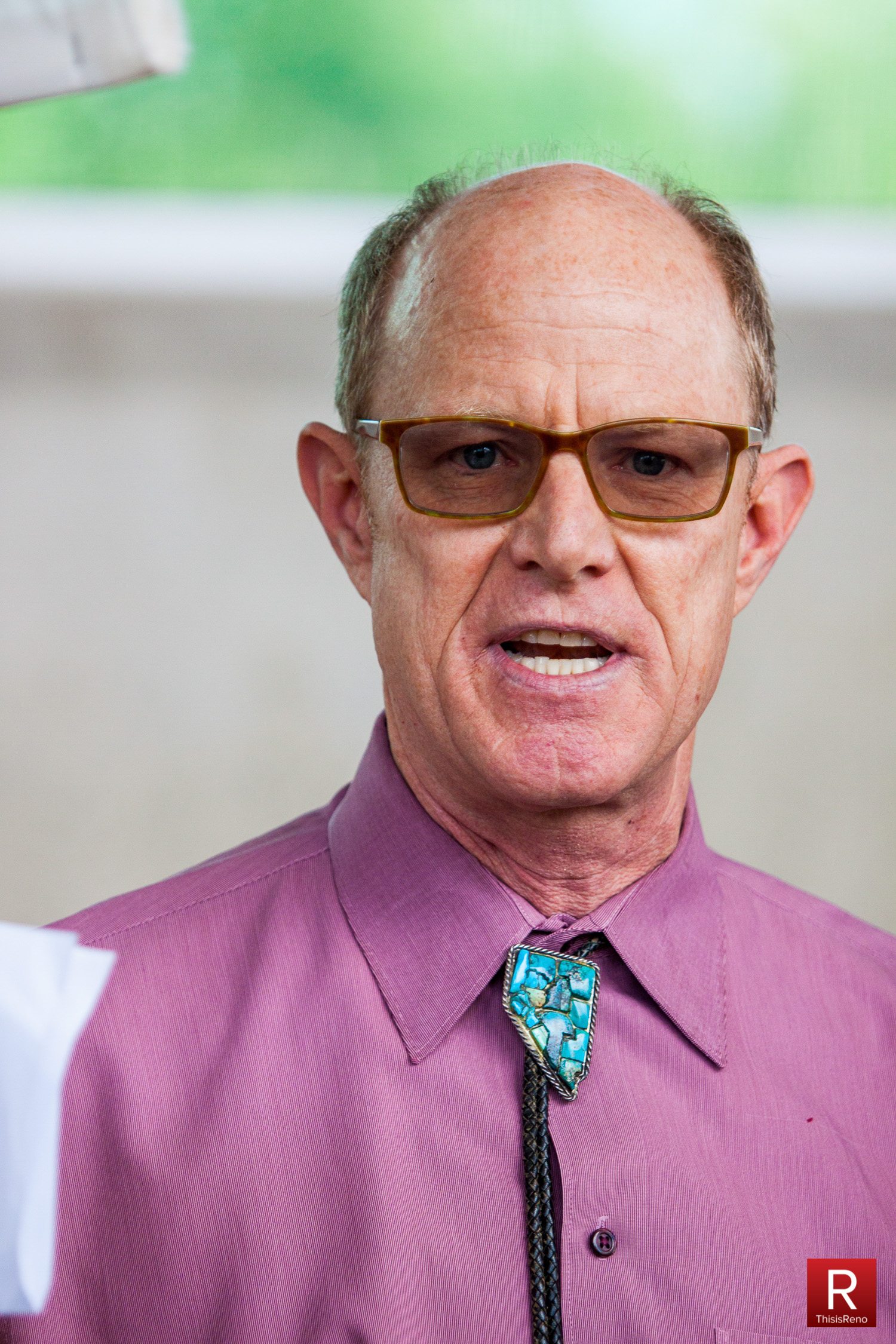 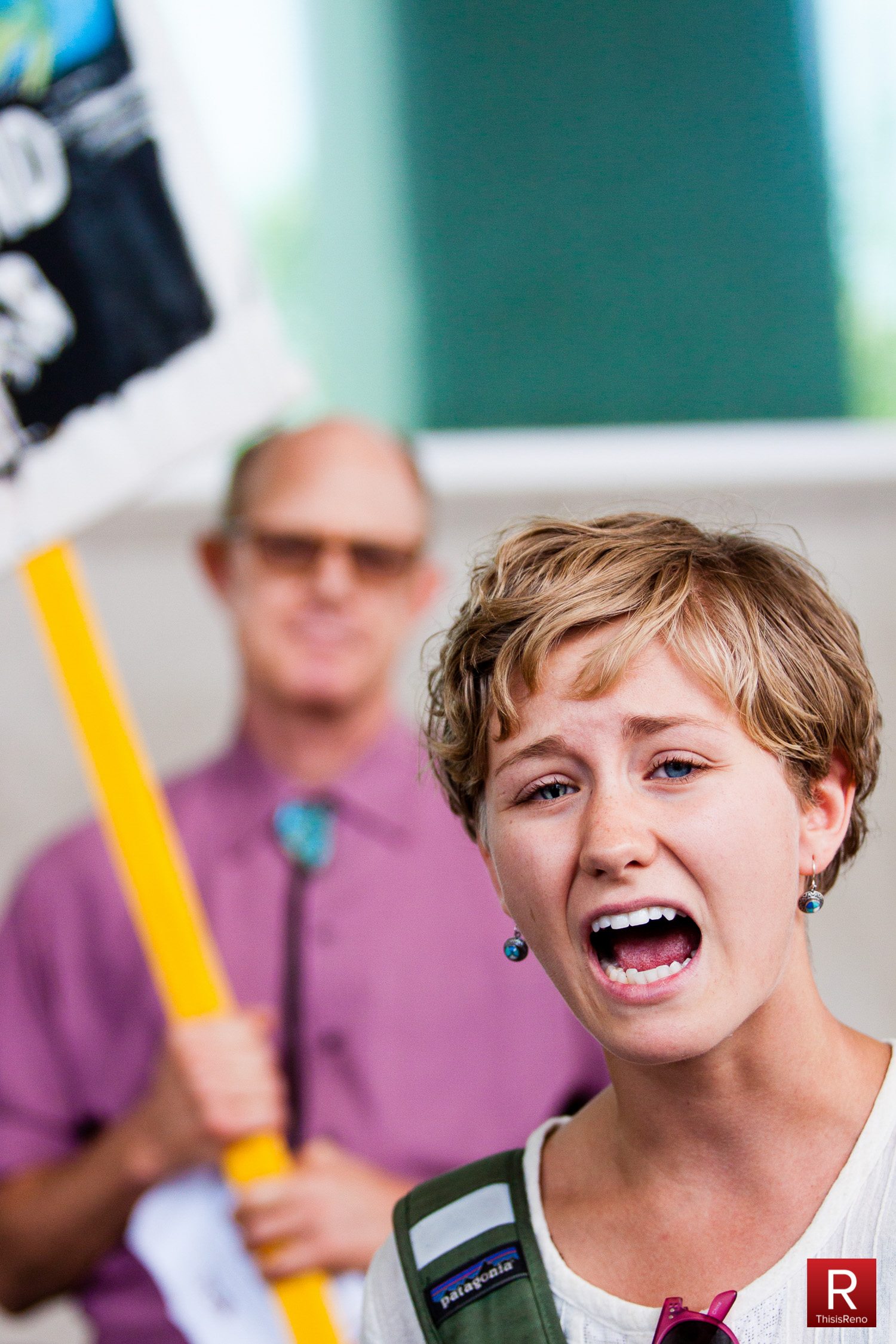 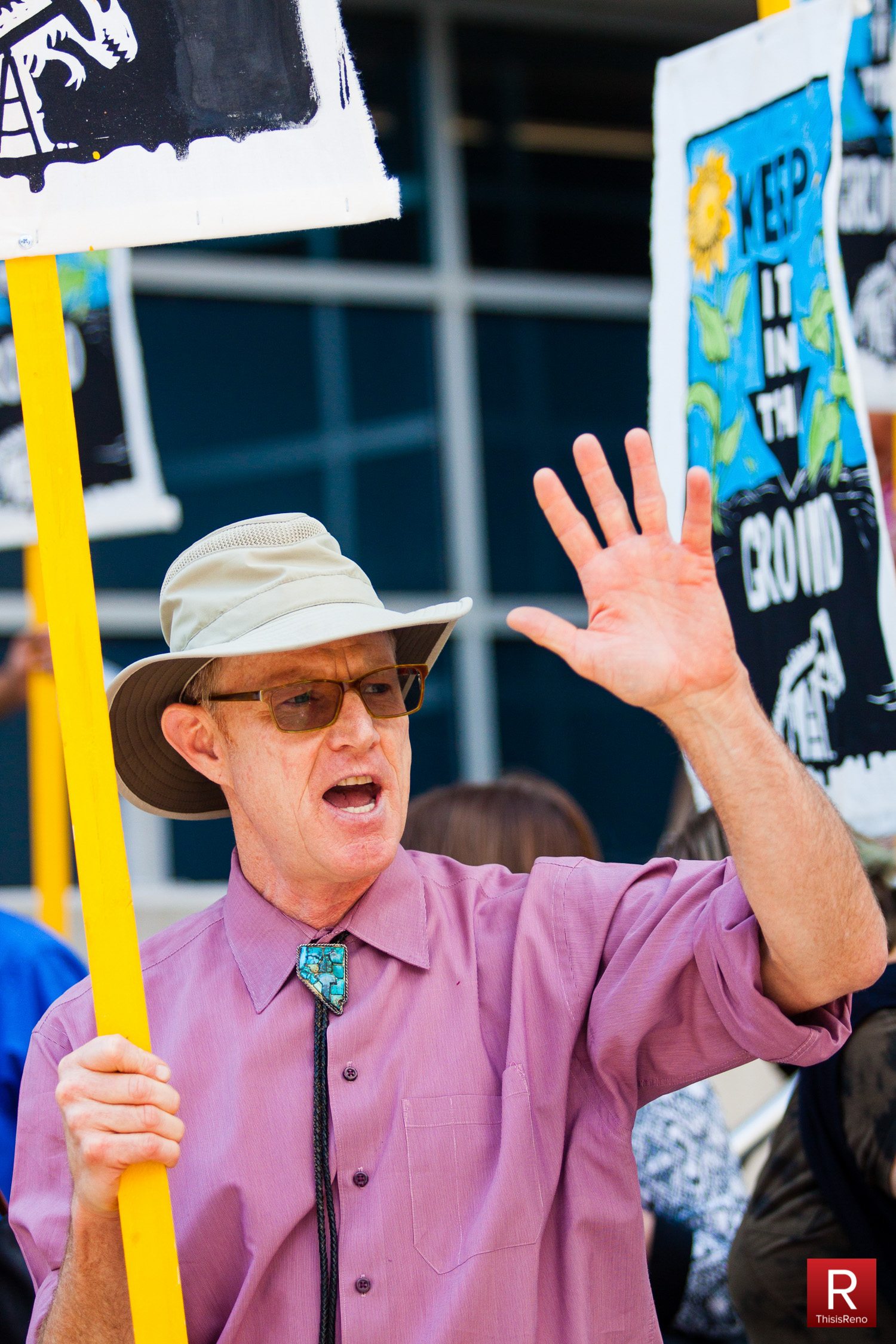 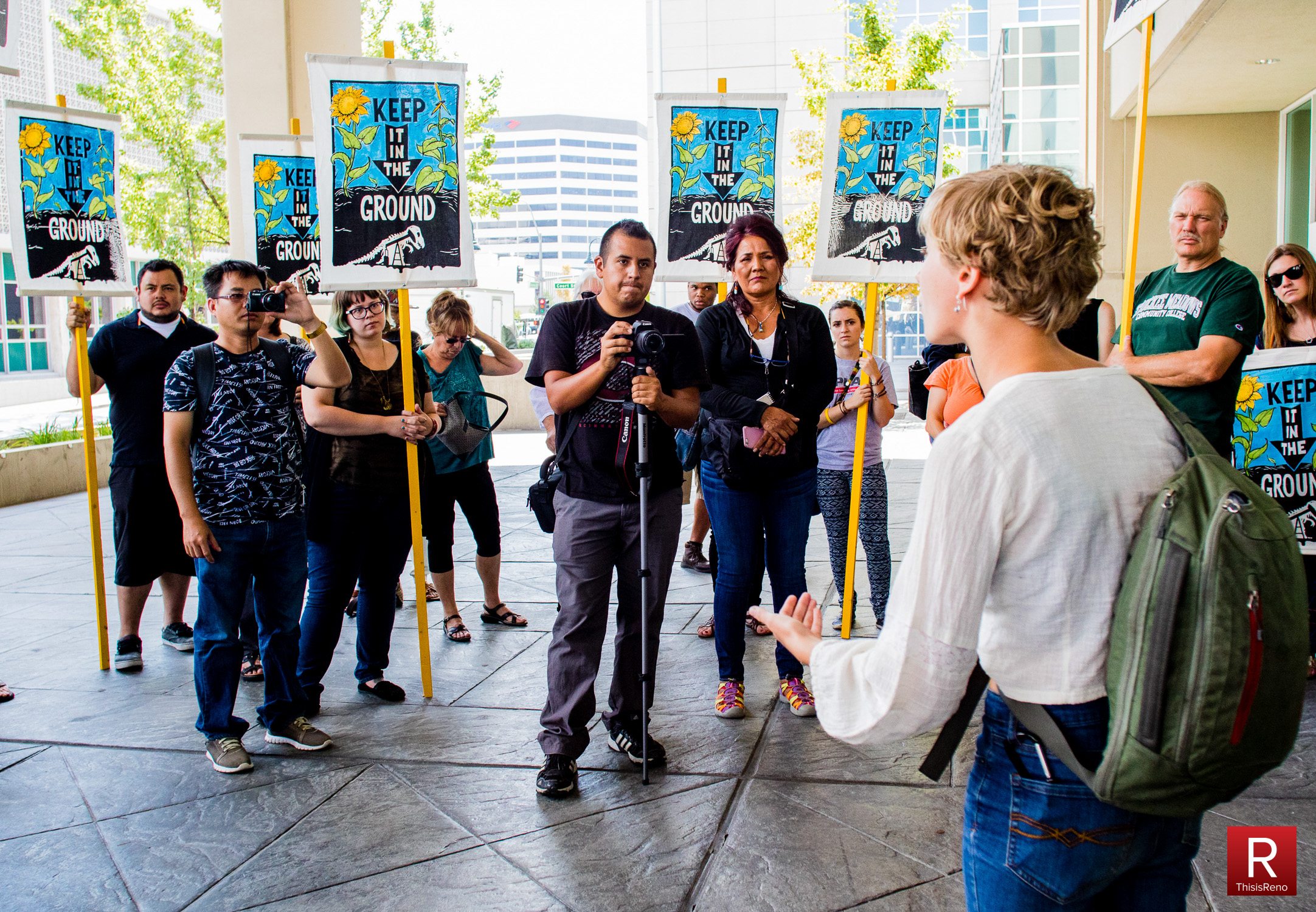 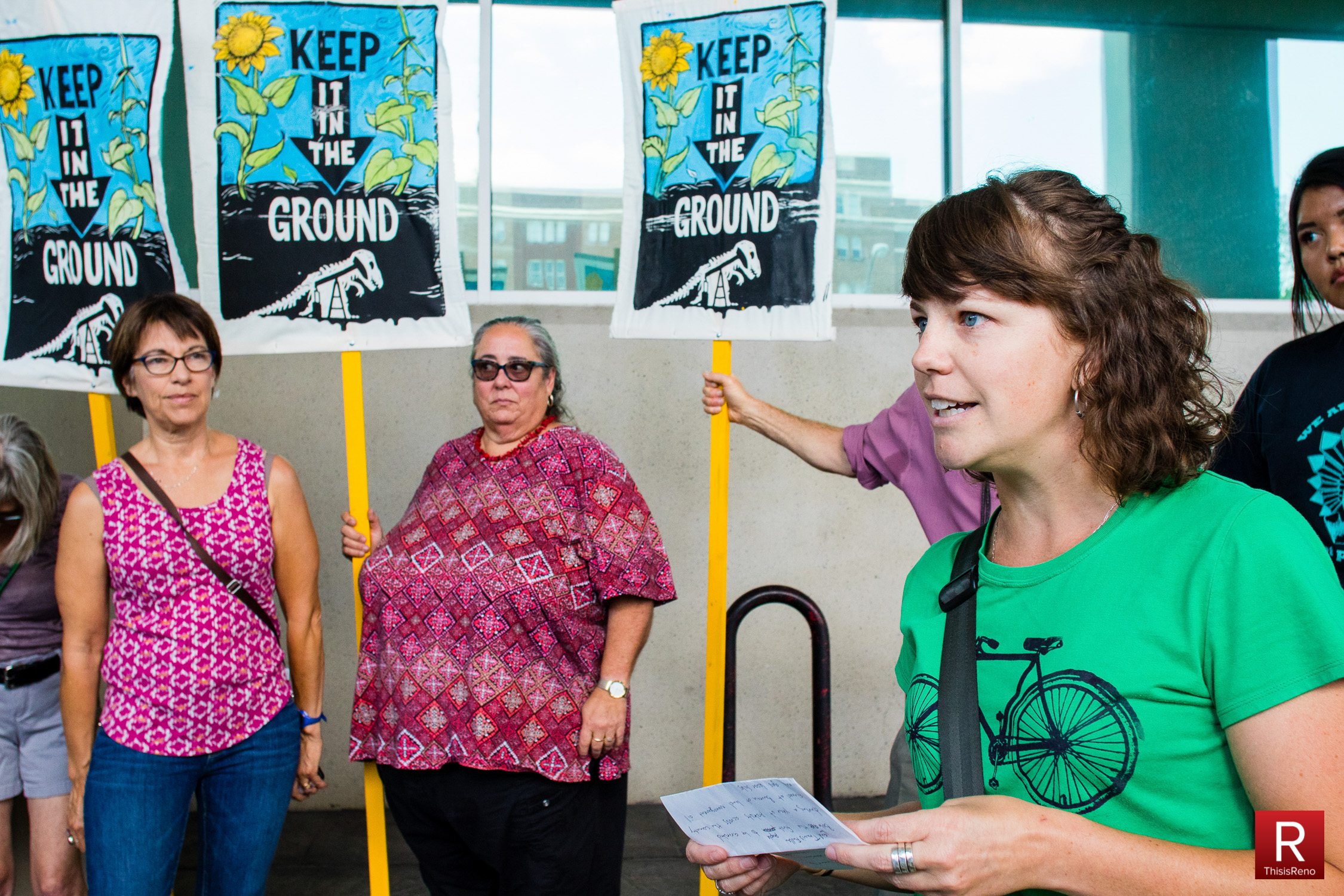 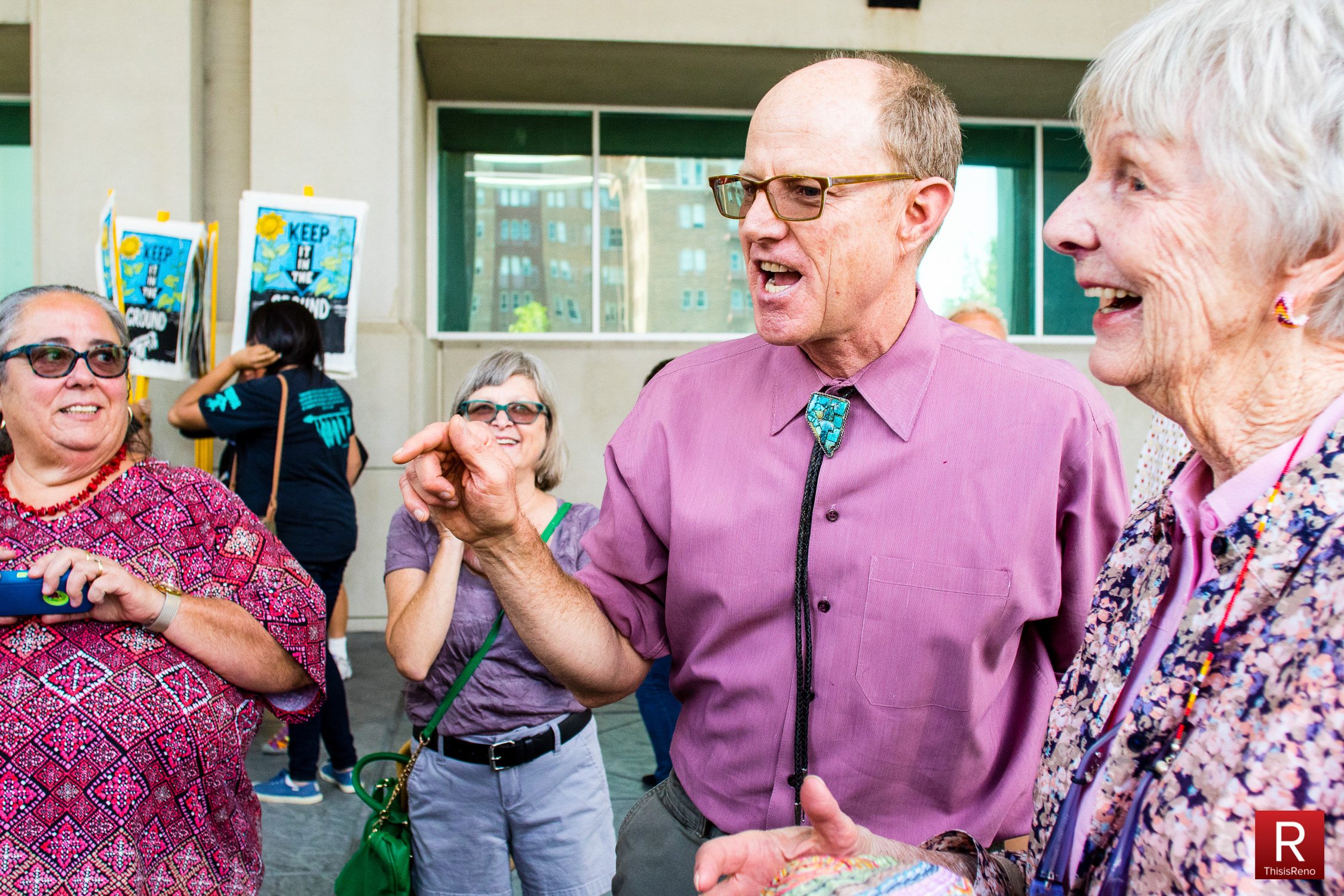 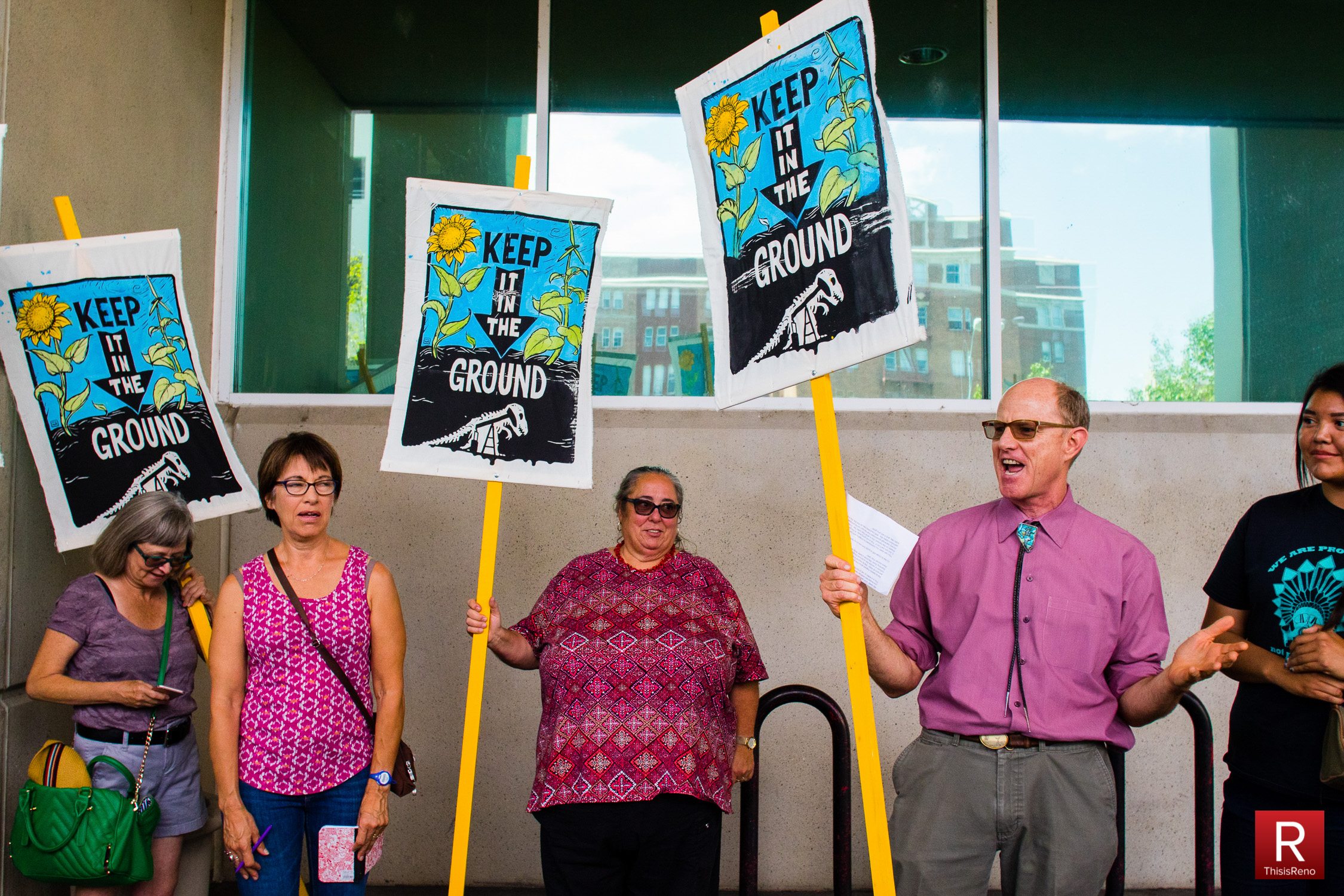 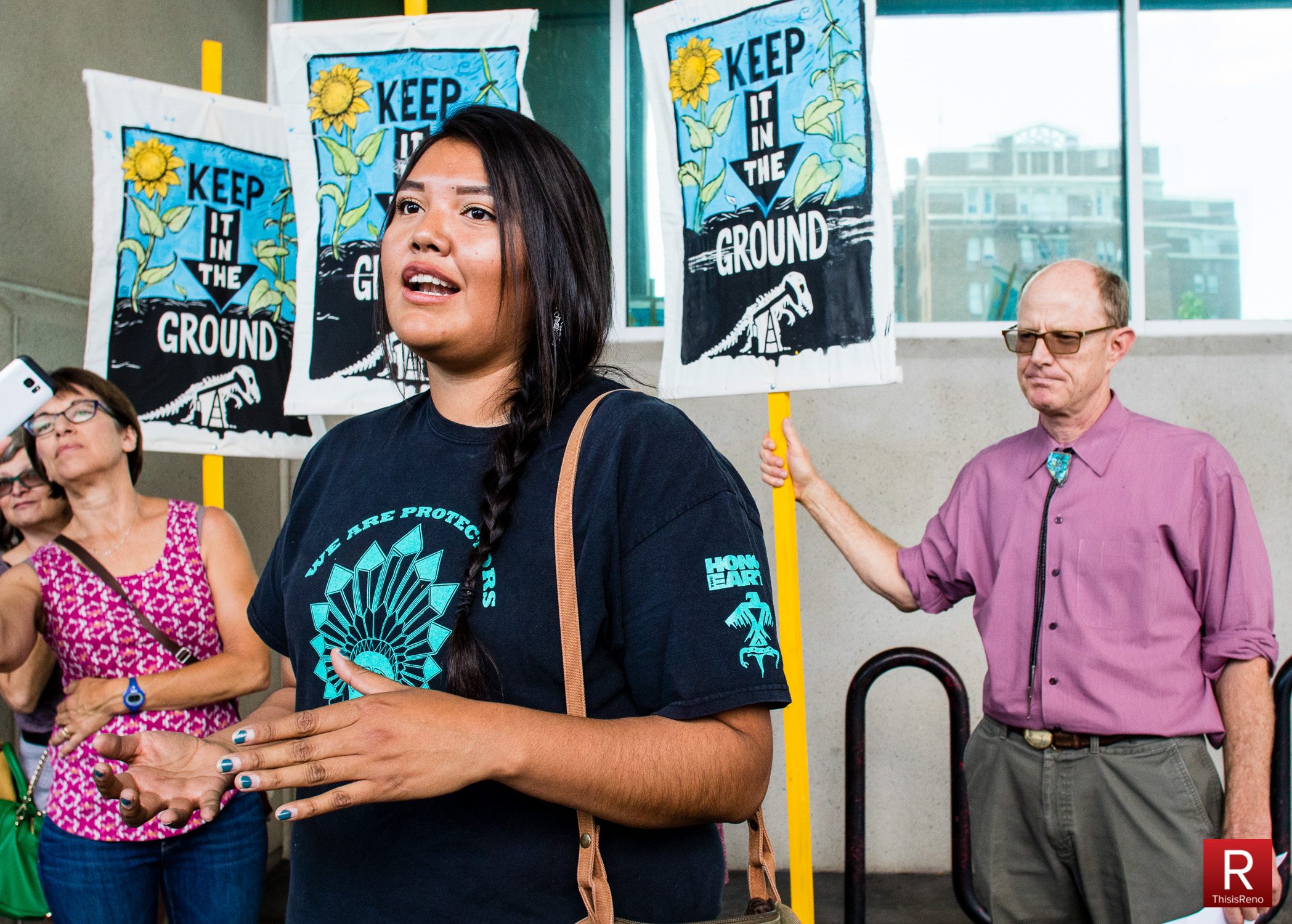 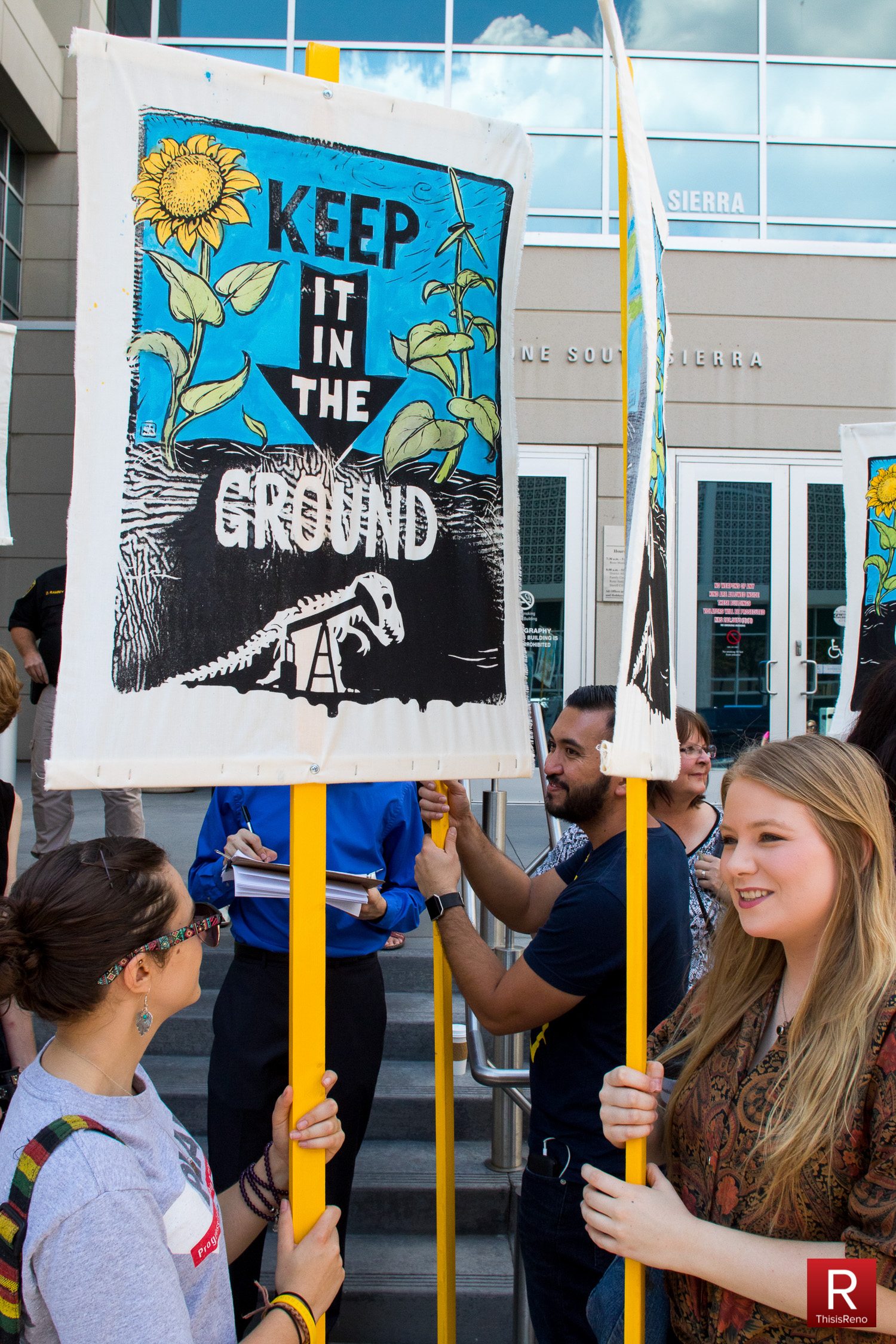 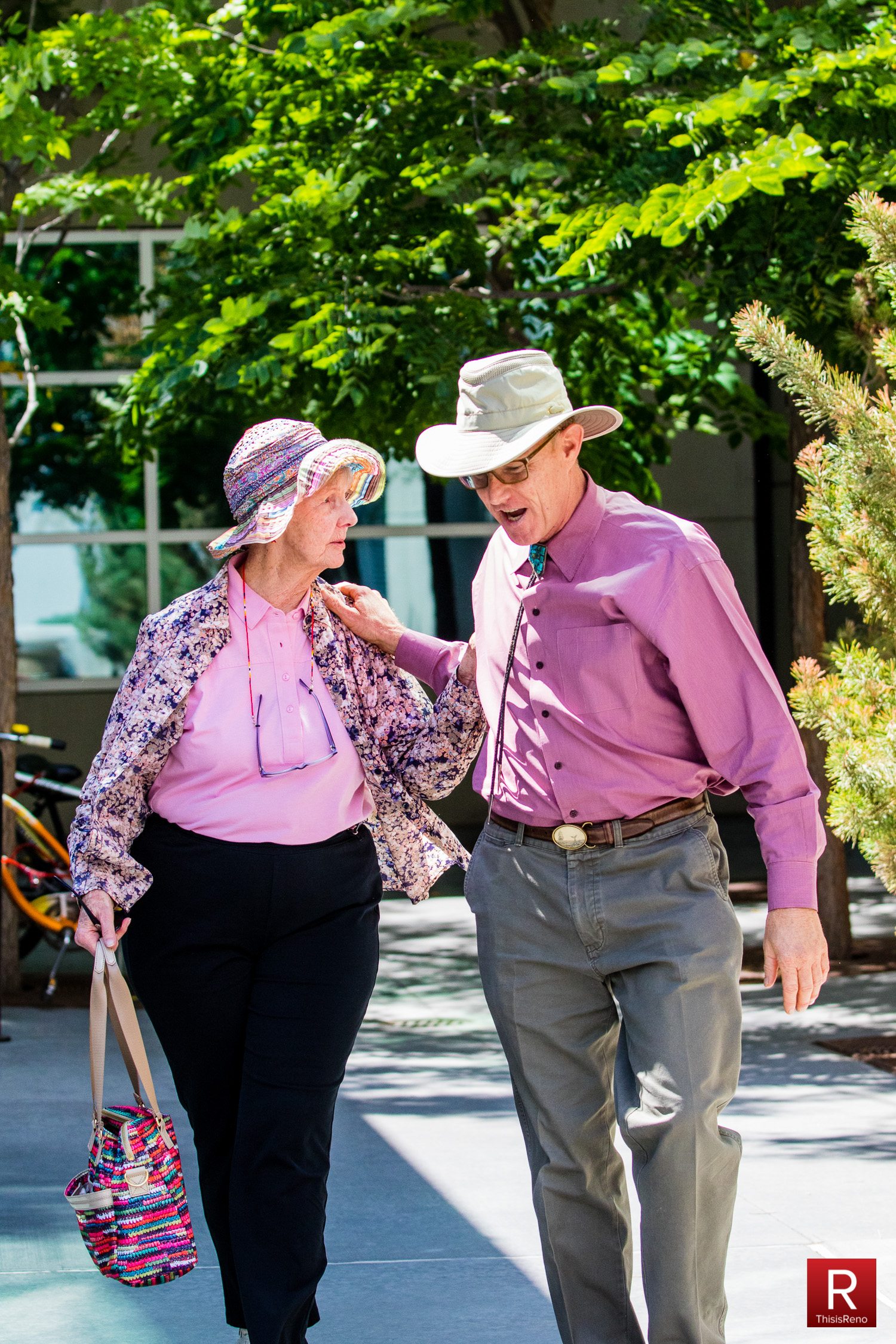 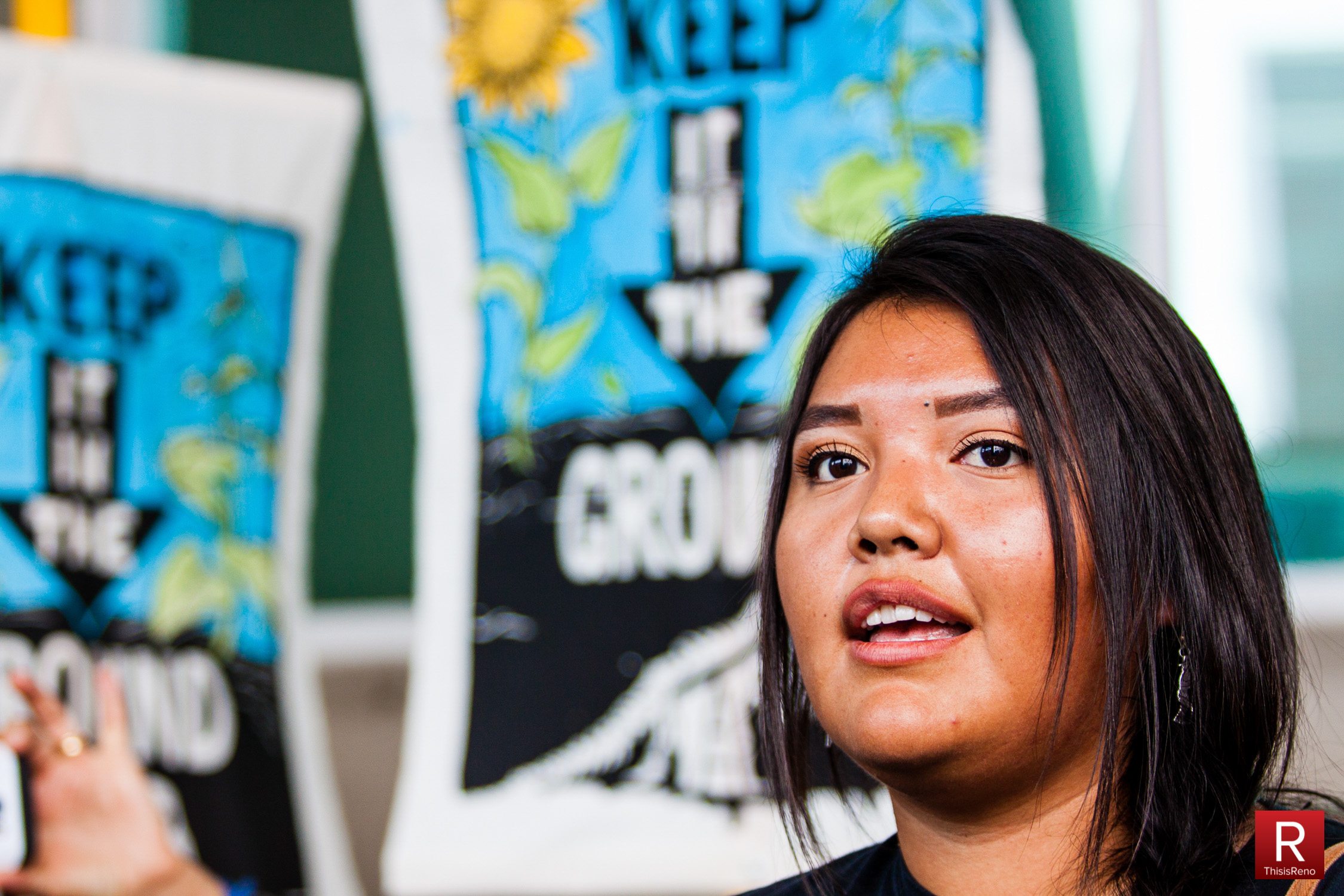 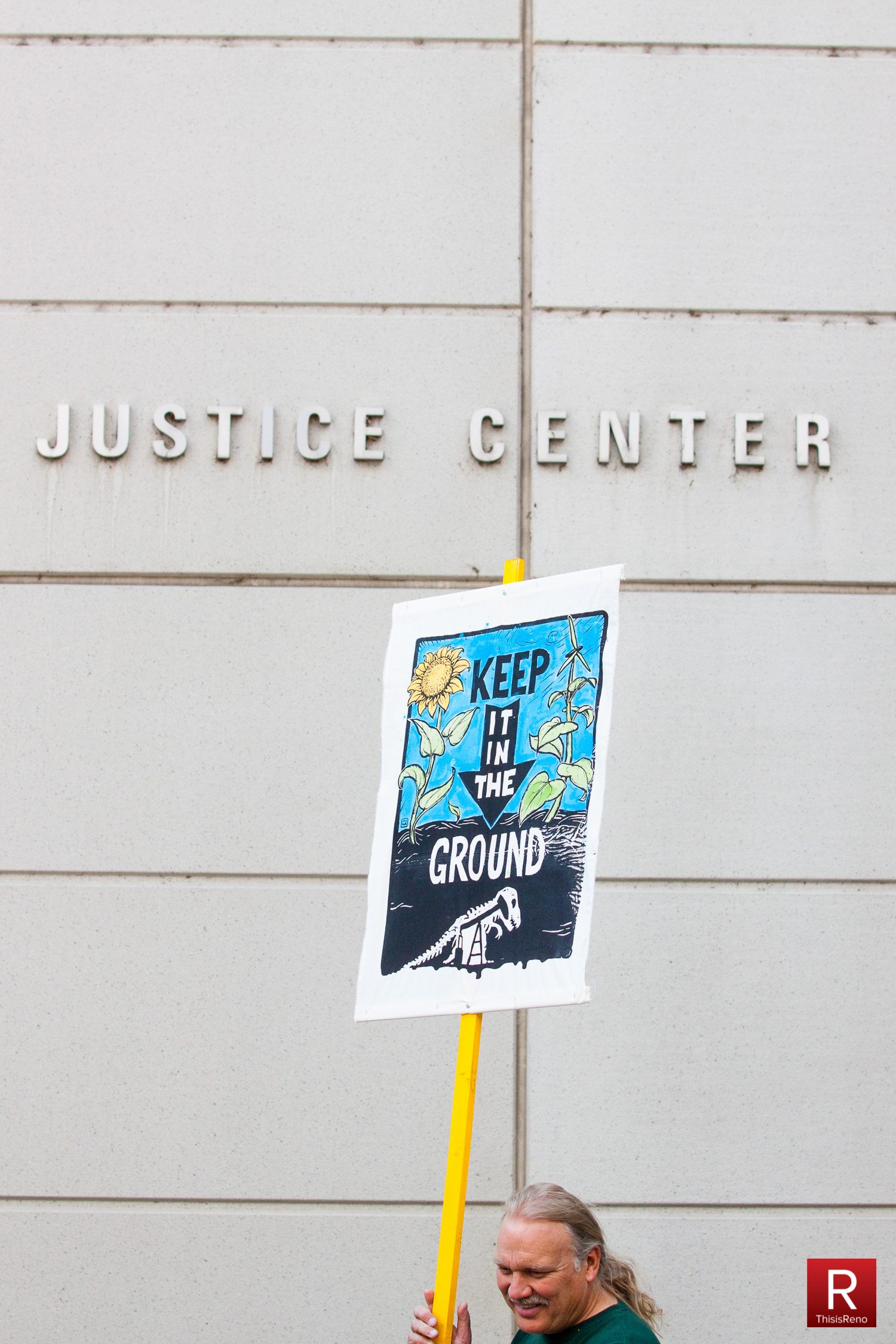 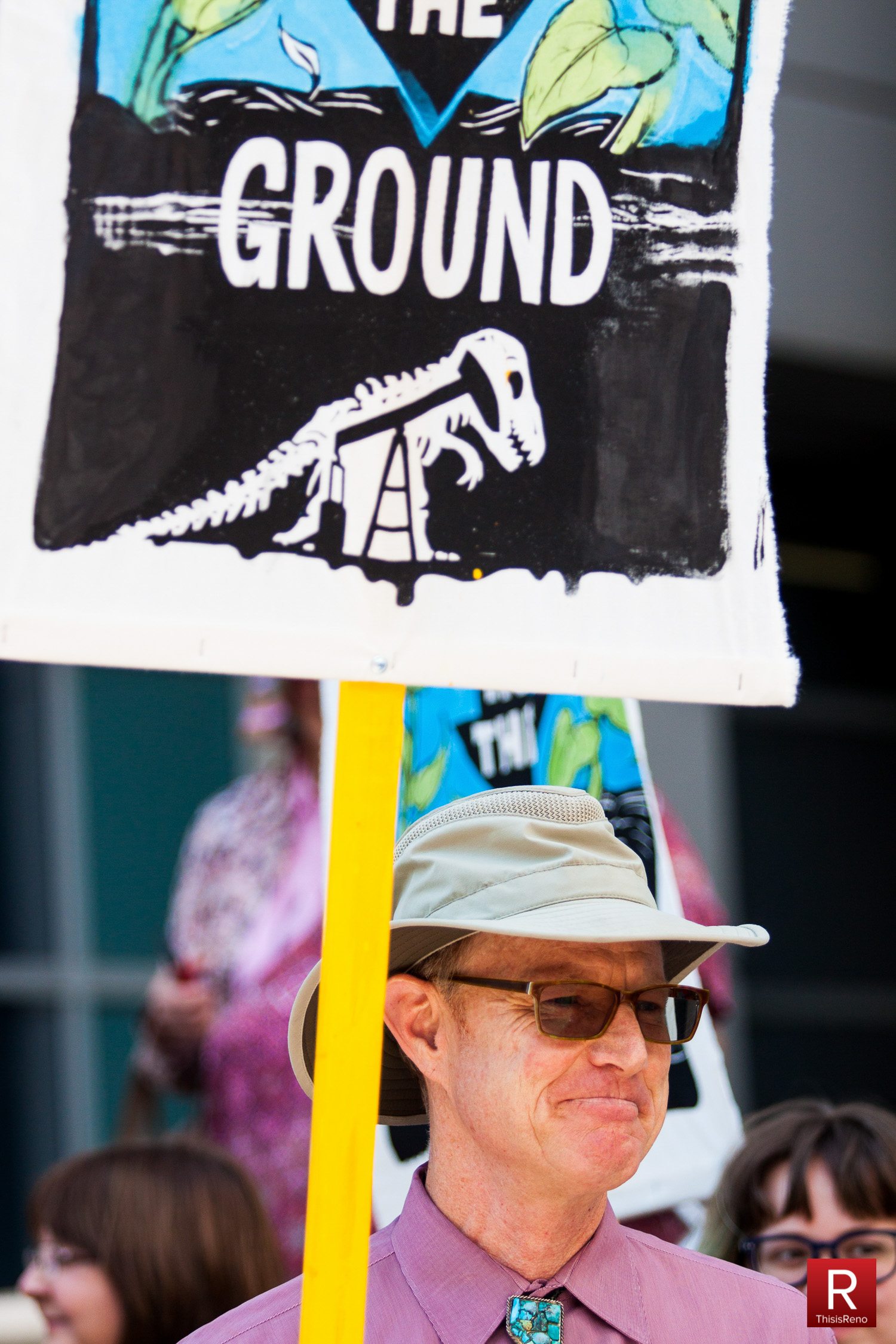 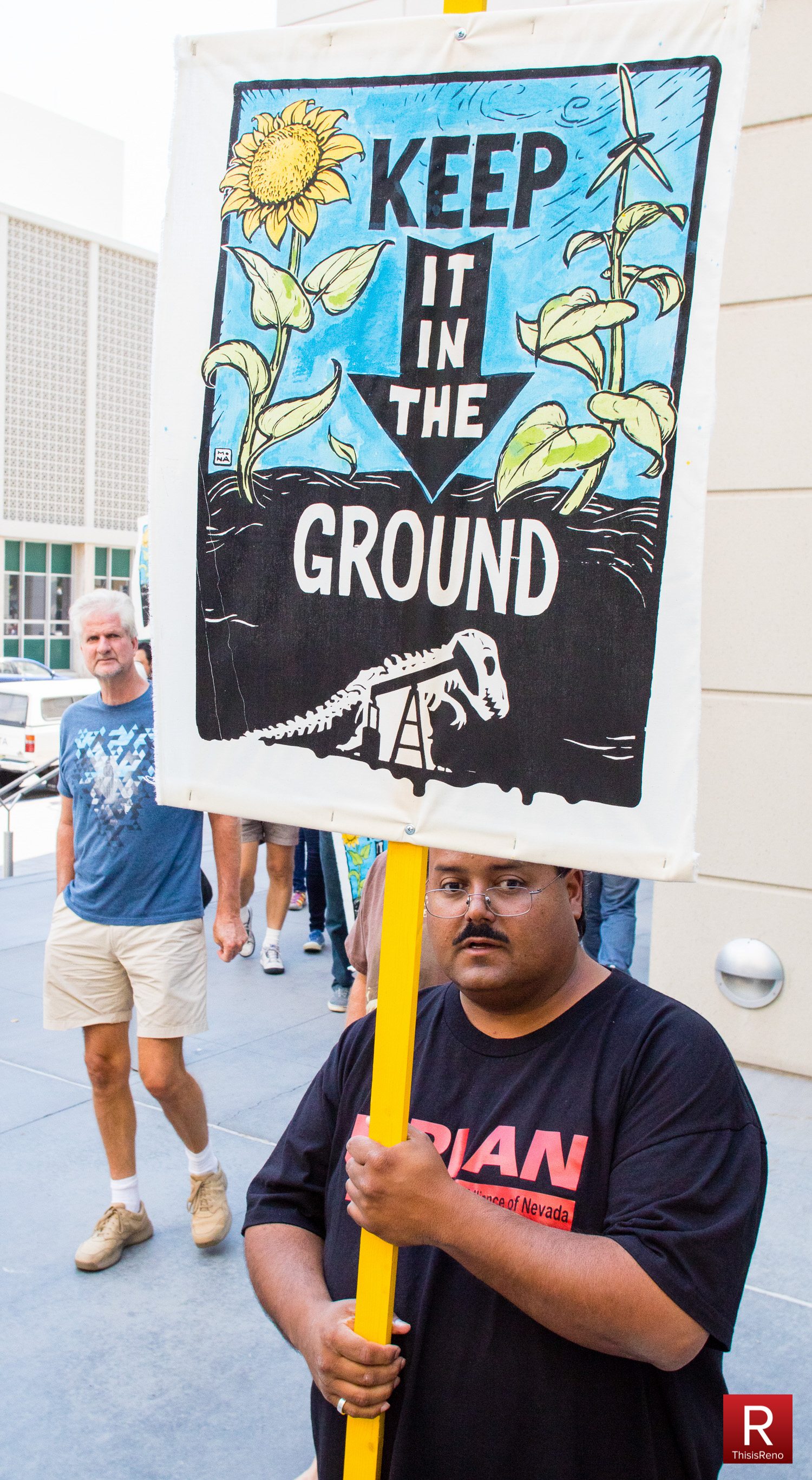 Bob Fulkerson of the Progressive Leadership Alliance of Nevada was set to appear in court today after his arrest for trespassing at the Siena Hotel in June.

Fulkerson was arrested during a protest of the Bureau of Land Management’s oil and gas lease sale, a sale that was held at the hotel.

A group of supporters gathered at the Municipal Courthouse at noon to show support for Fulkerson as well as raise awareness about oil and gas extraction across the U.S. While people gathered, the conversation was upbeat, ranging from pleasant hellos, to decrying fossil fuels. 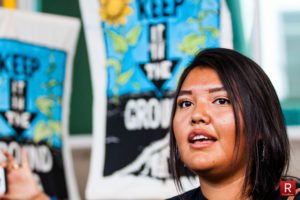 An officer emerged from the courthouse to inform the crowd that while he was happy to see the group picketing, they were blocking the entrance and asked them to move.

At 12:15 p.m., a press conference was held, and the speakers included Sierra Jickeling, Autumn Harry, Ellen Moore and Fulkerson himself.

Harry from the Pyramid Lake Paiute tribe came out in support of Fulkerson.

“Thank you to Bob, who has done so much for our state,” she said.

She went on to discuss the broader movement against the fossil fuel industry, referencing the Standing Rock protests against the Dakota Access pipeline.

Sierra Jickling, a UNR student, also spoke. She thanked Fulkerson and discussed the “1.5 (degrees Celsius) to stay alive” campaign. She ended by commenting on the opportunity for renewable-energy growth in Nevada.

Fulkerson was last to speak and gave a shout out to his mother: “… she taught me how to protest because she protested the Vietnam war.”

He said that “the real crime is what the BLM is doing in colluding with the fossil fuel industry.”

He added that communities of color are being the most effected, while doing the least to contribute to environmental degradation.

As their court time grew closer, the picket signs were went away and a peaceful and orderly section of the group entered the court room, causing a small traffic jam at the security check station.

The court room opened at 1:40, and despite everyone being welcomed to join, some supporters elected to stay outside.

Judge William Gardner presided. He quickly explained that he would dismiss himself as the judge as the Gardner and Fulkerson families shared a long history and that any ruling he gave would be thrown into question.

Both the city of Reno and Fulkerson’s attorneys supported a continuum based the need for video surveillance footage from the Siena Hotel.

Gardner granted the continuum and said that since Fulkerson presented no danger to the community, so the next court date would be worked out for the convenience of both groups.

Video a video below of the June protest.