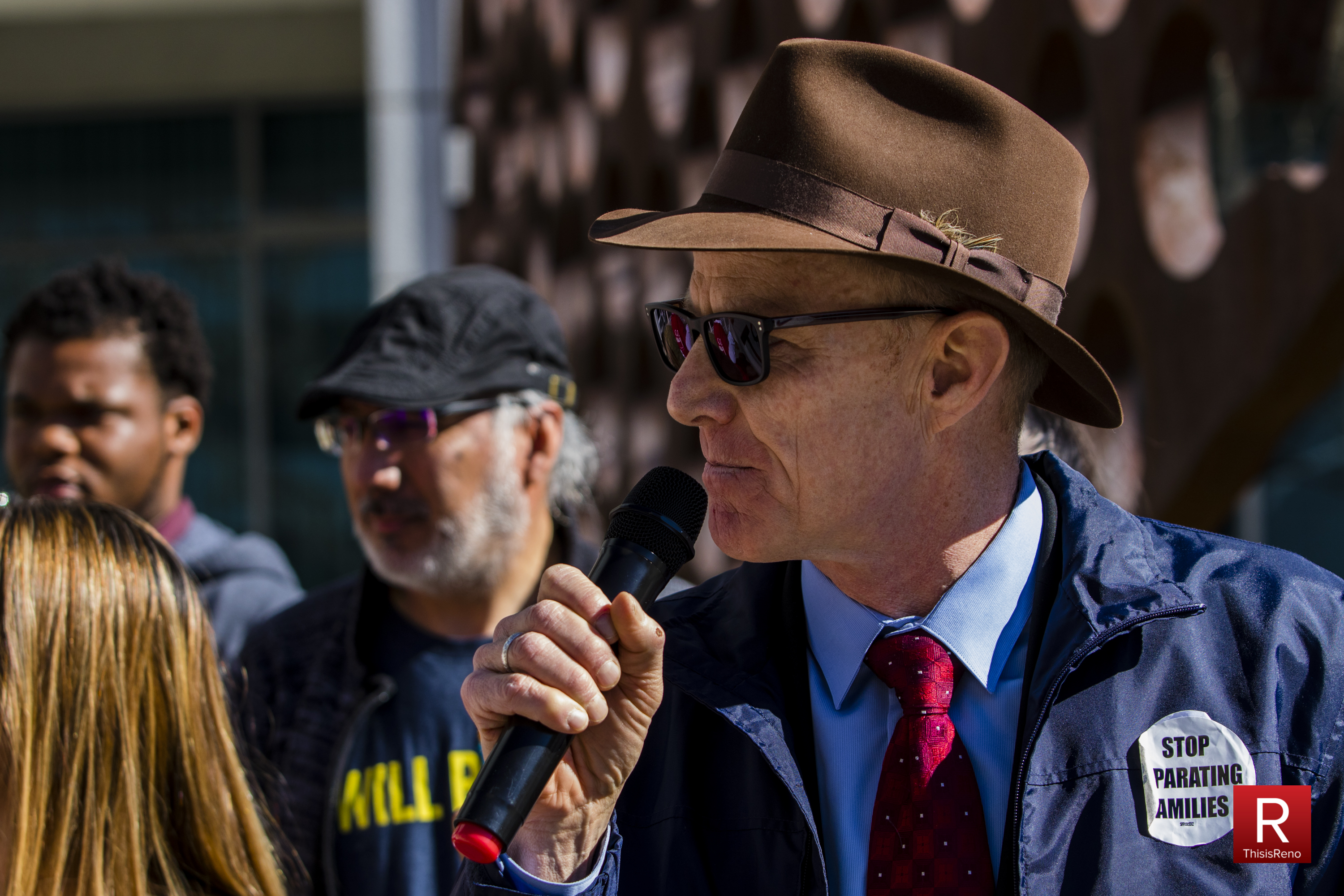 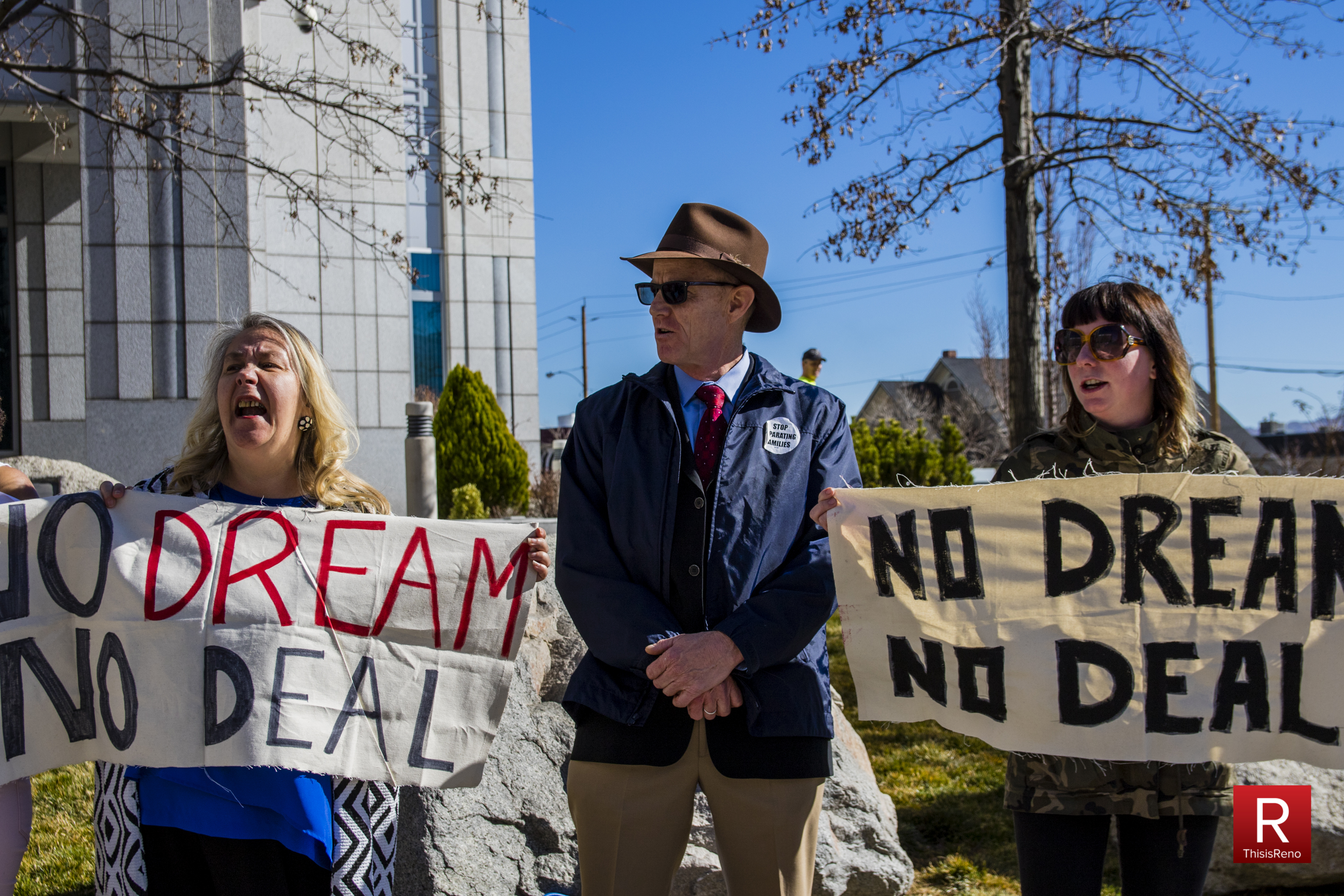 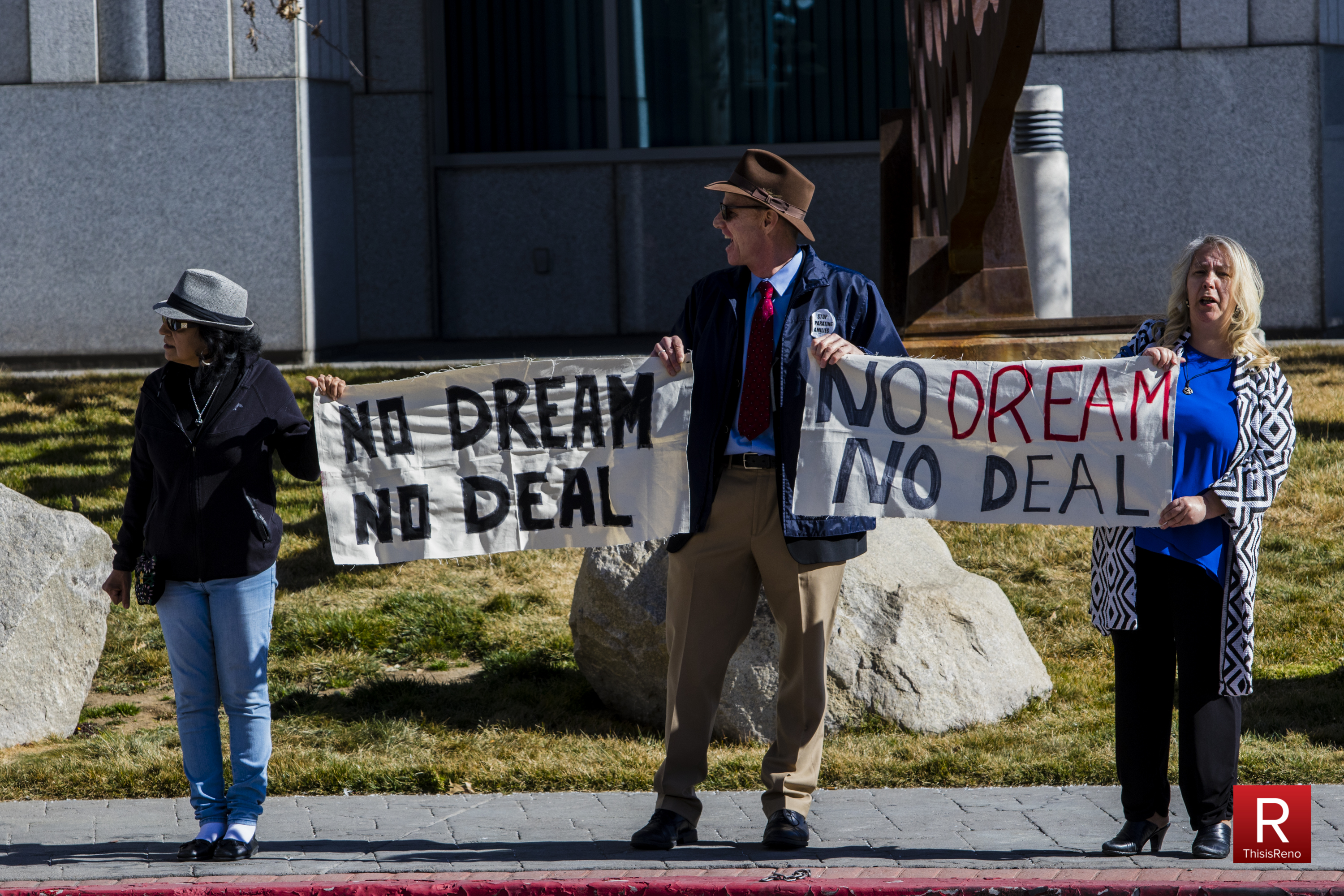 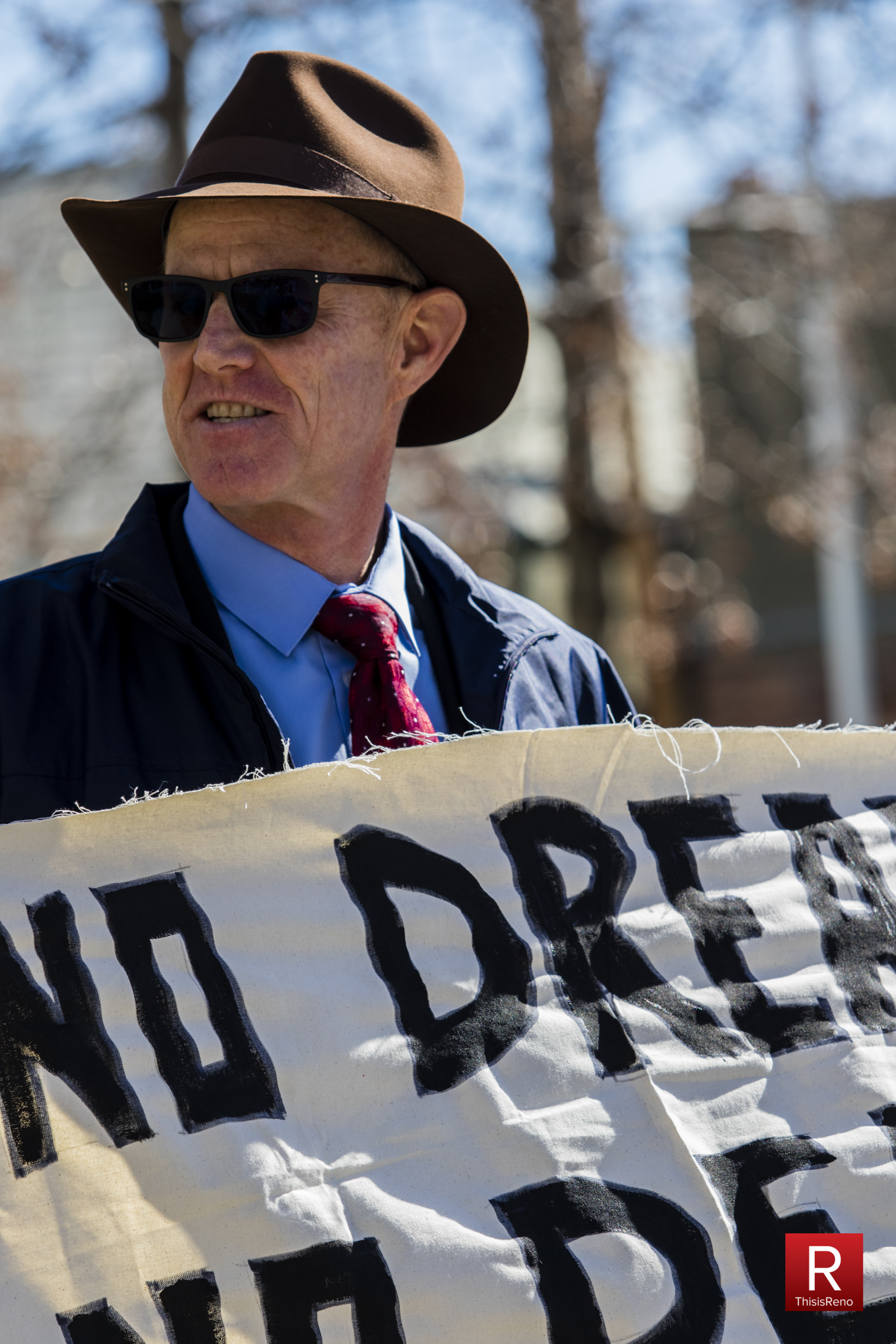 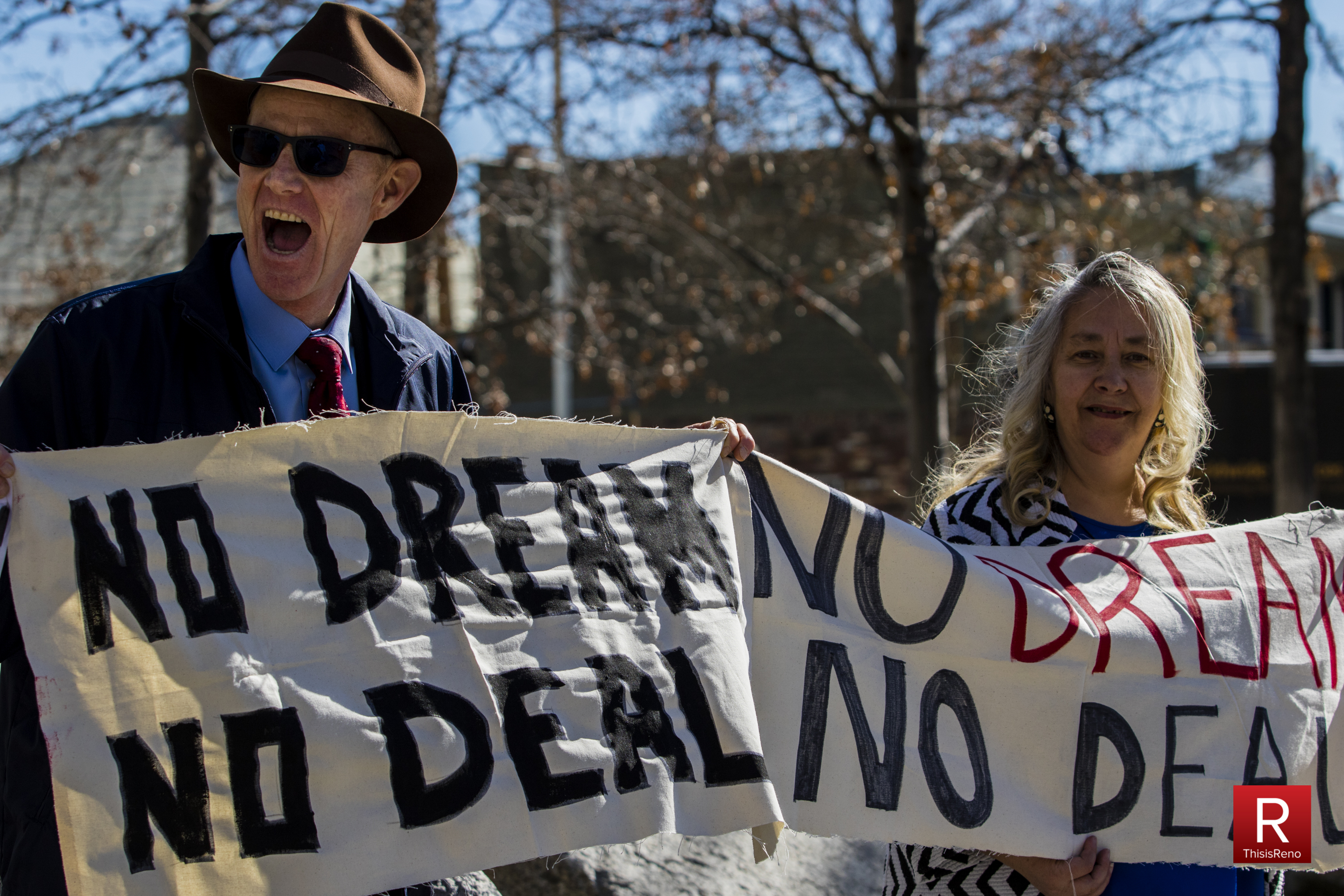 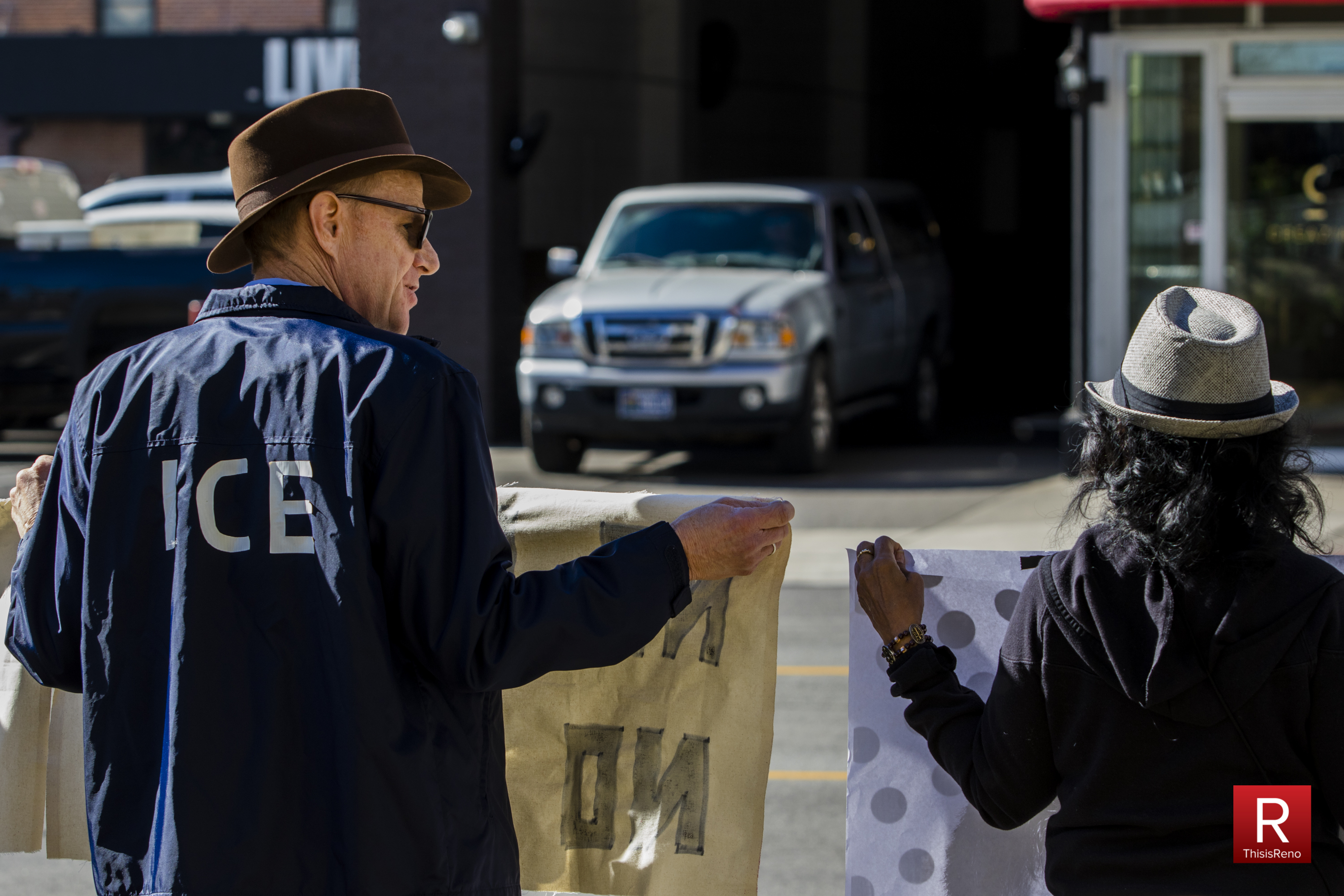 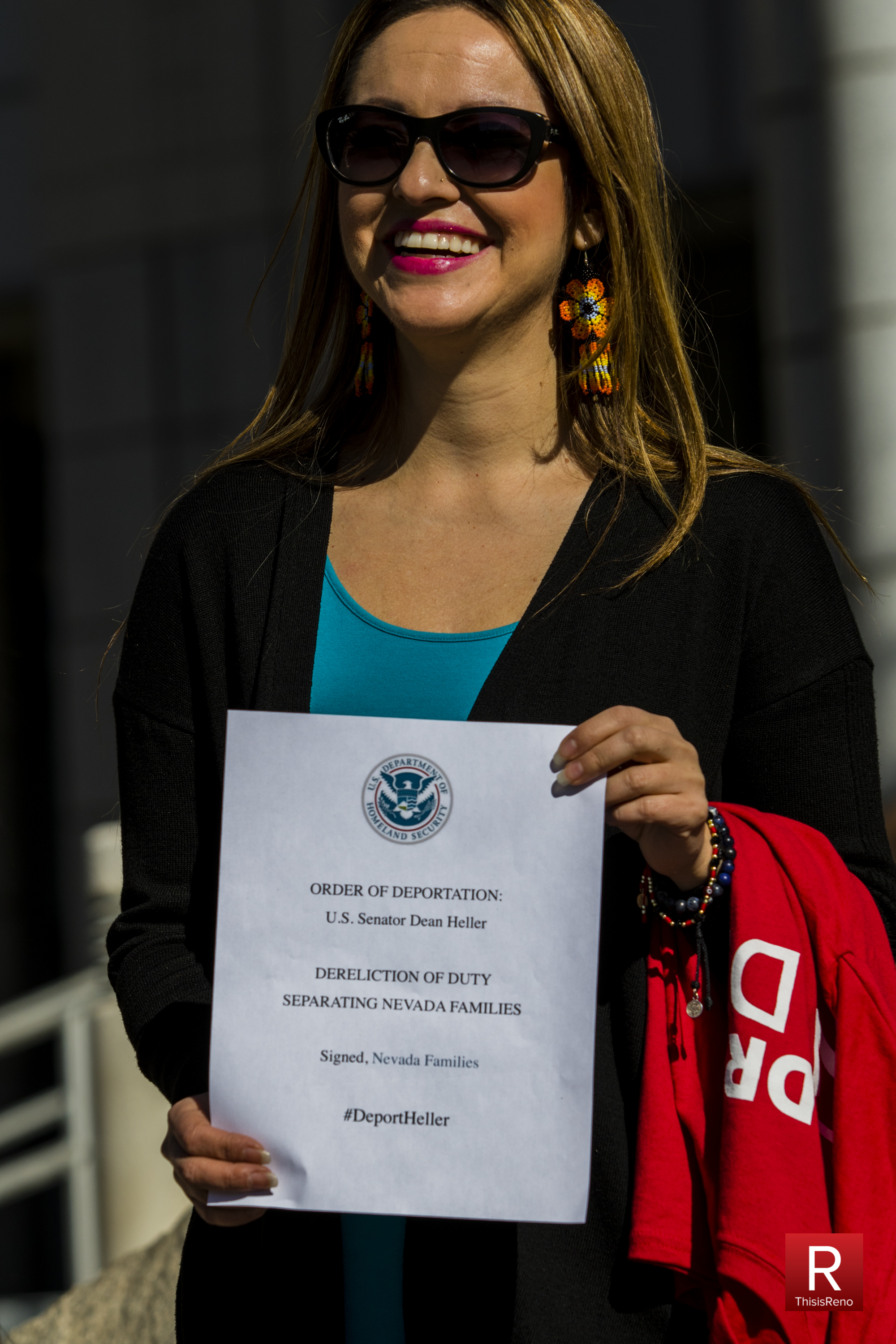 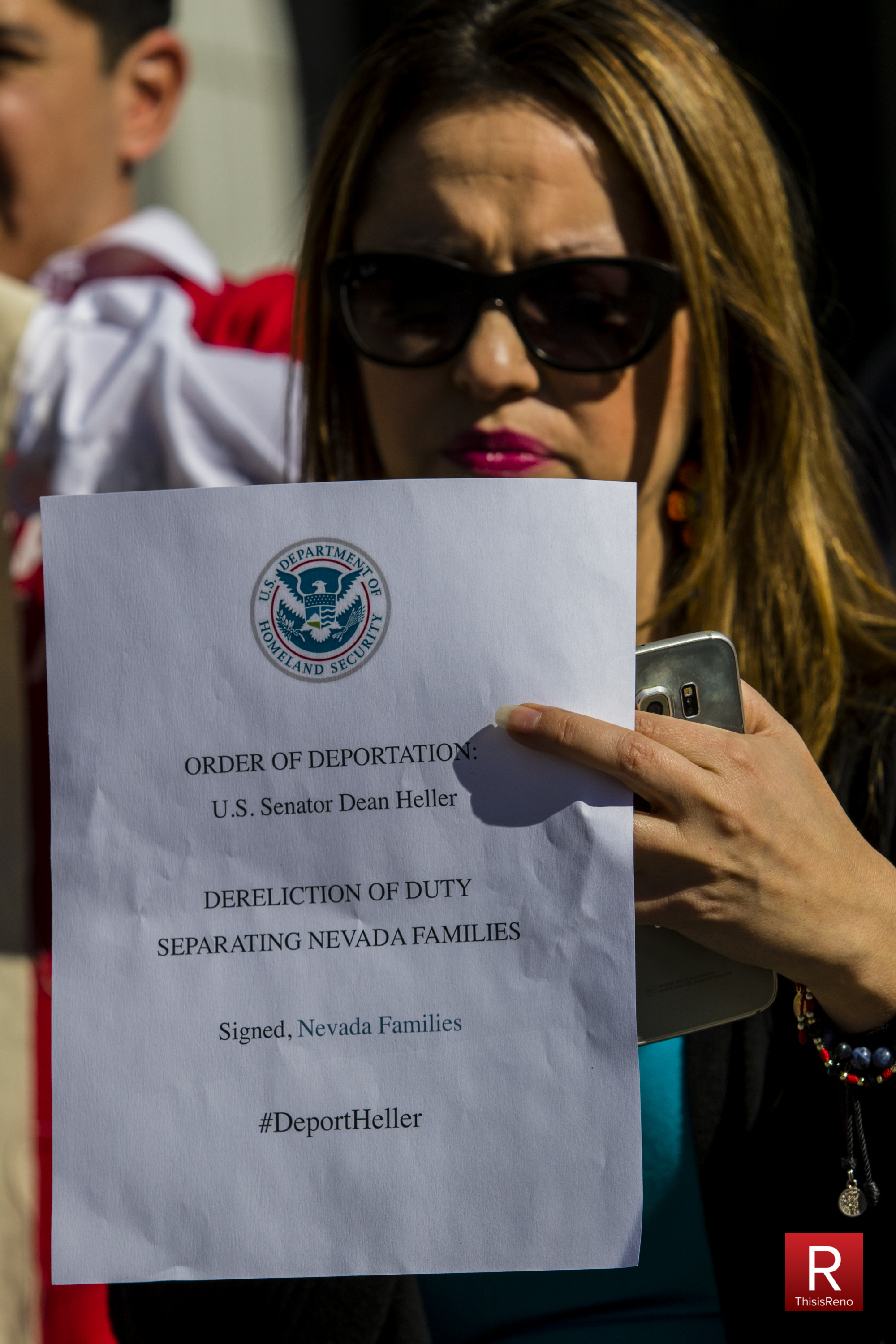 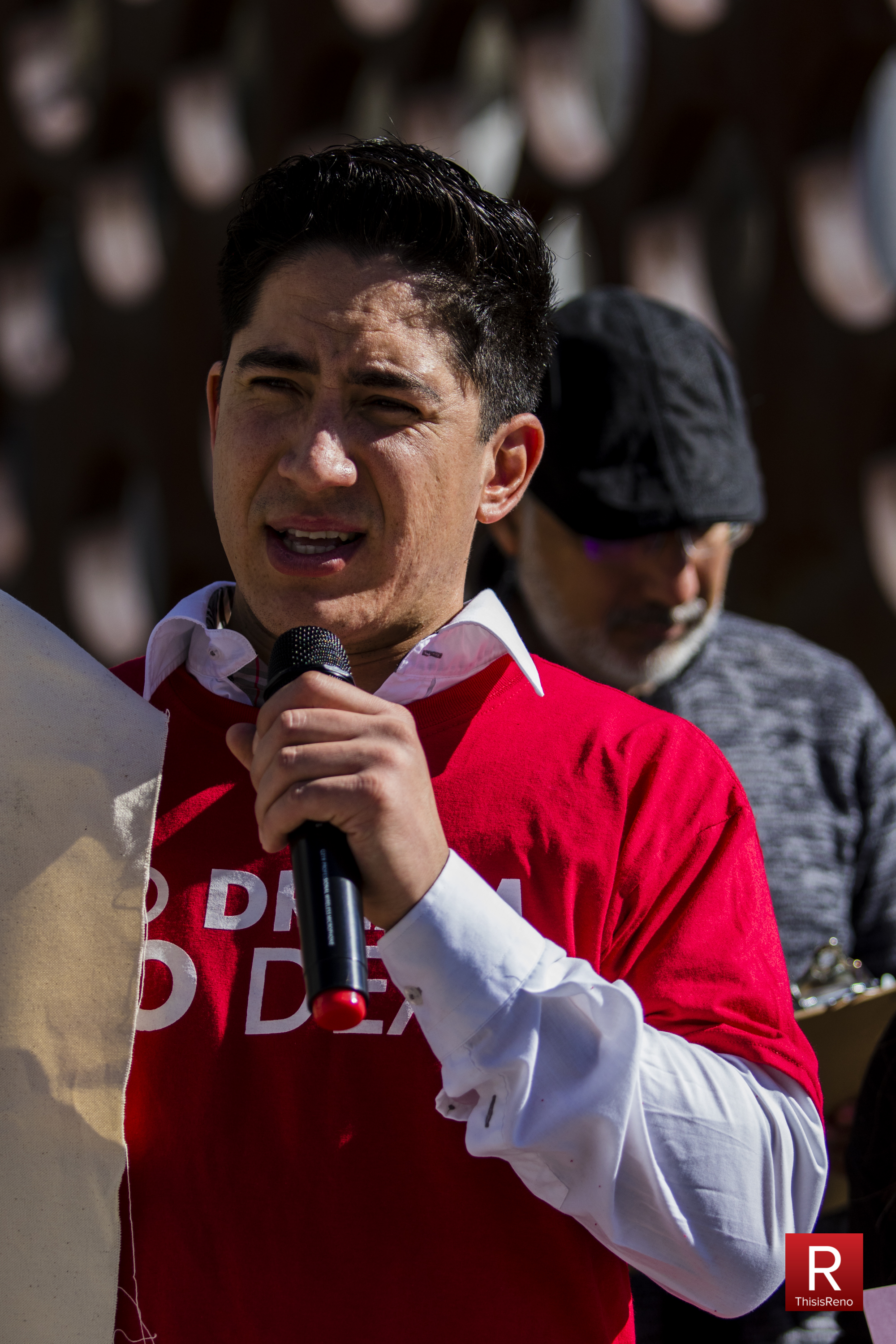 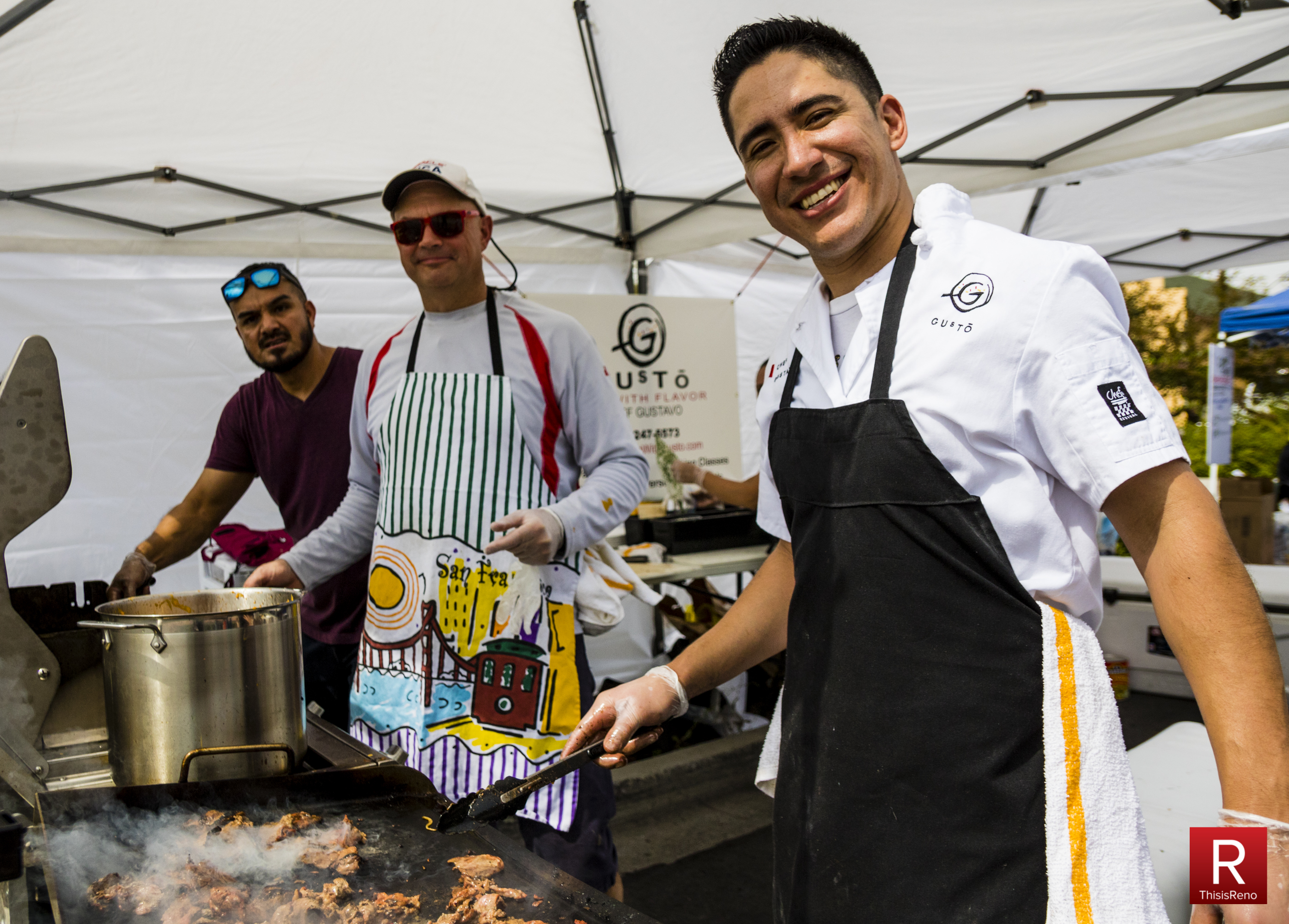 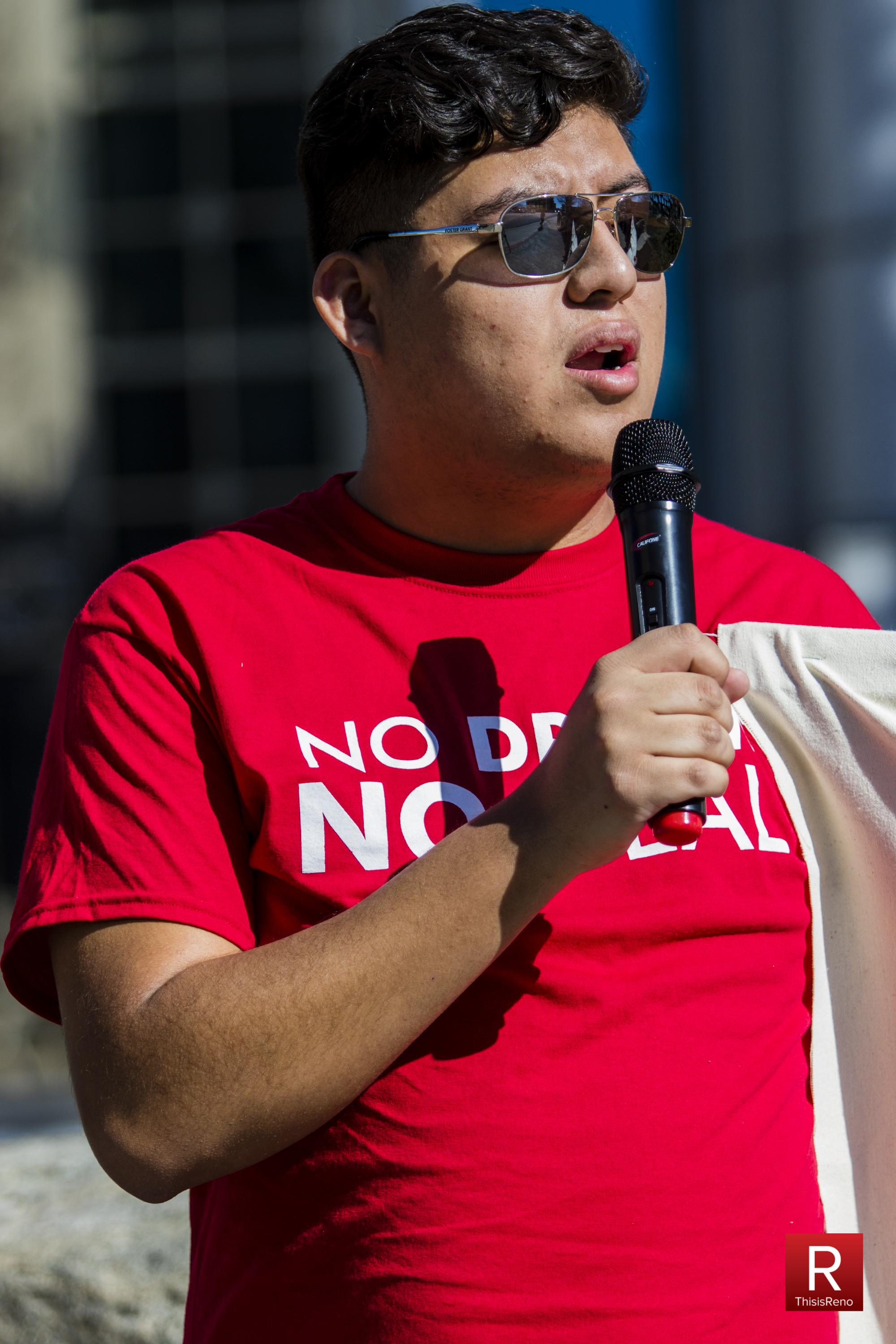 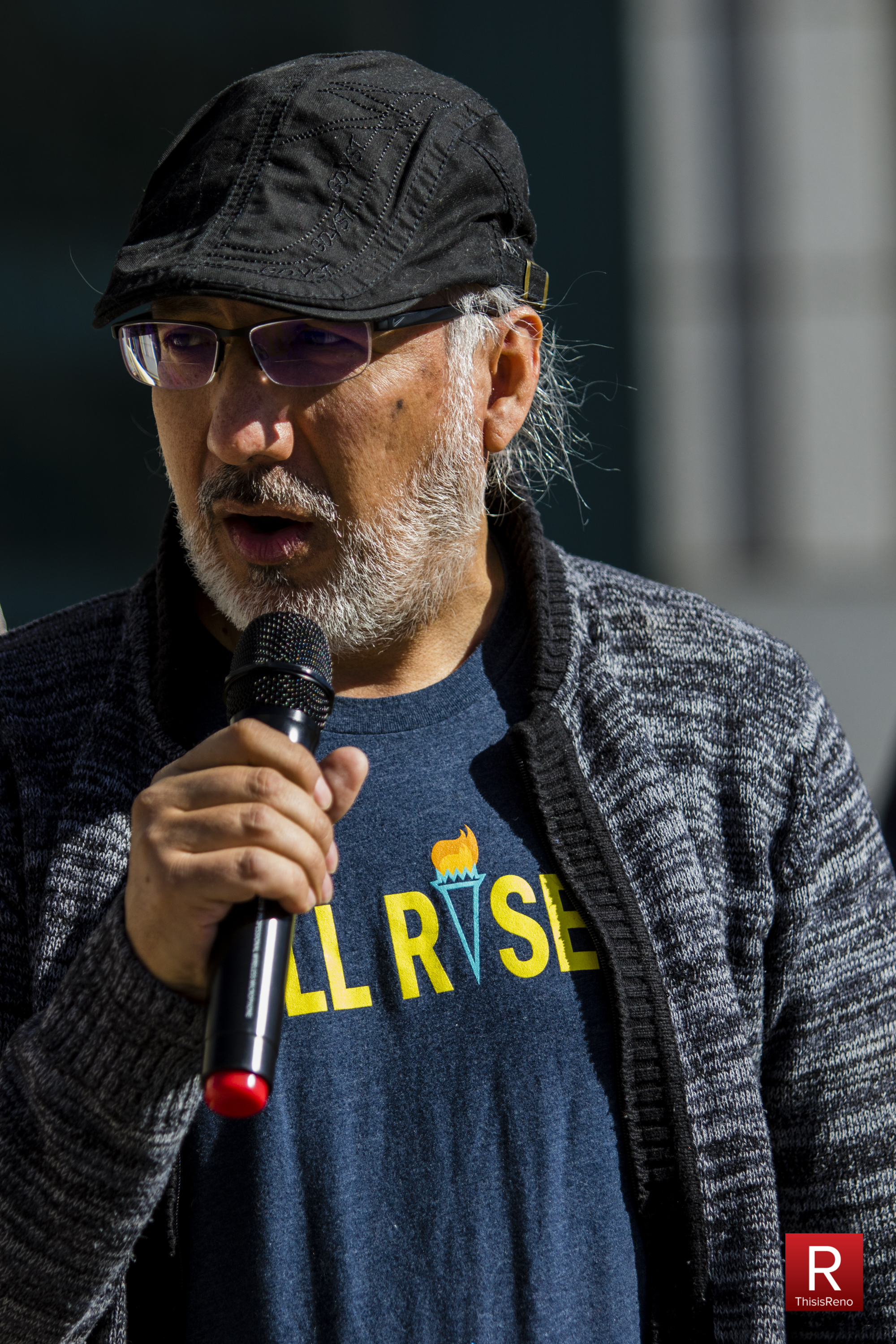 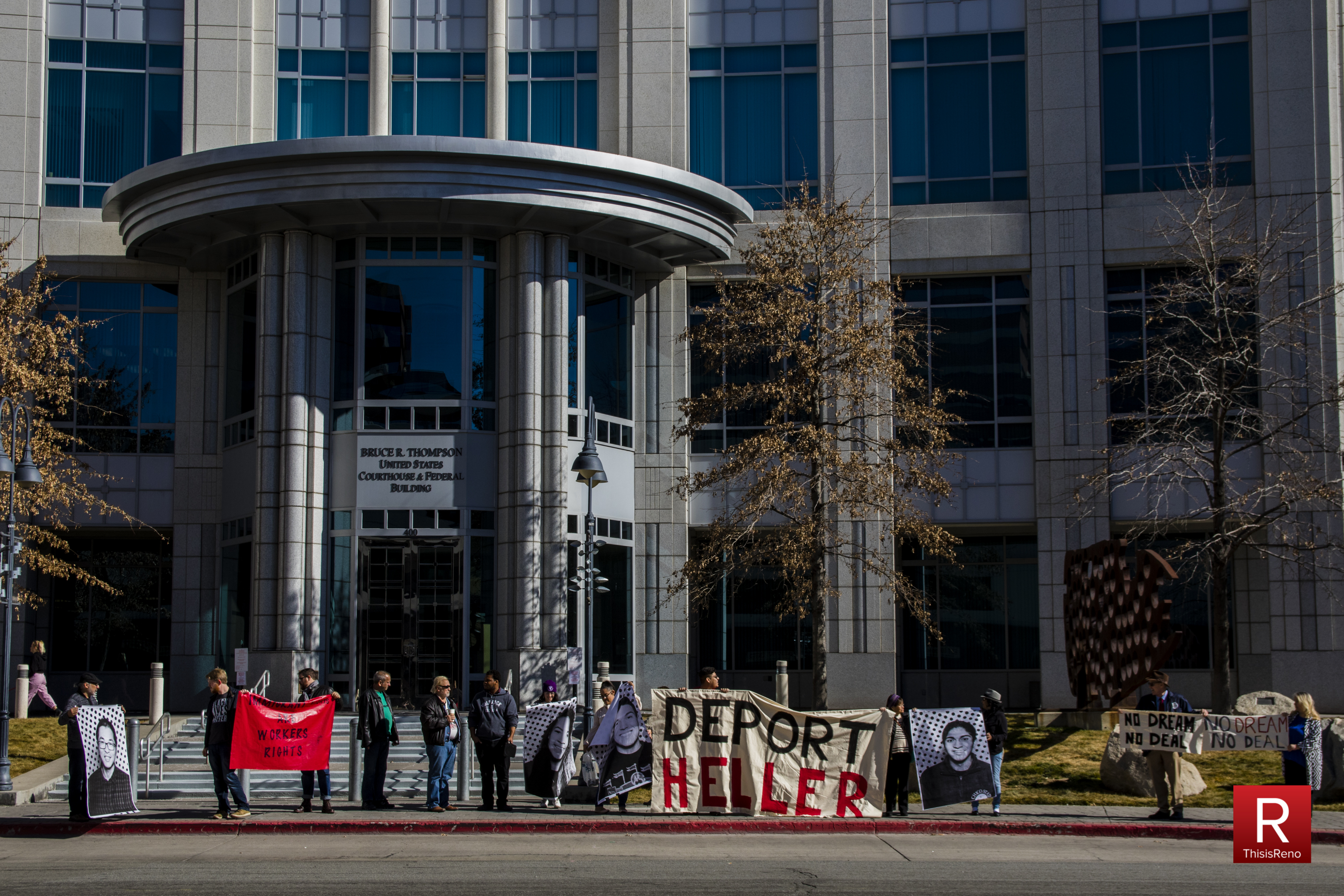 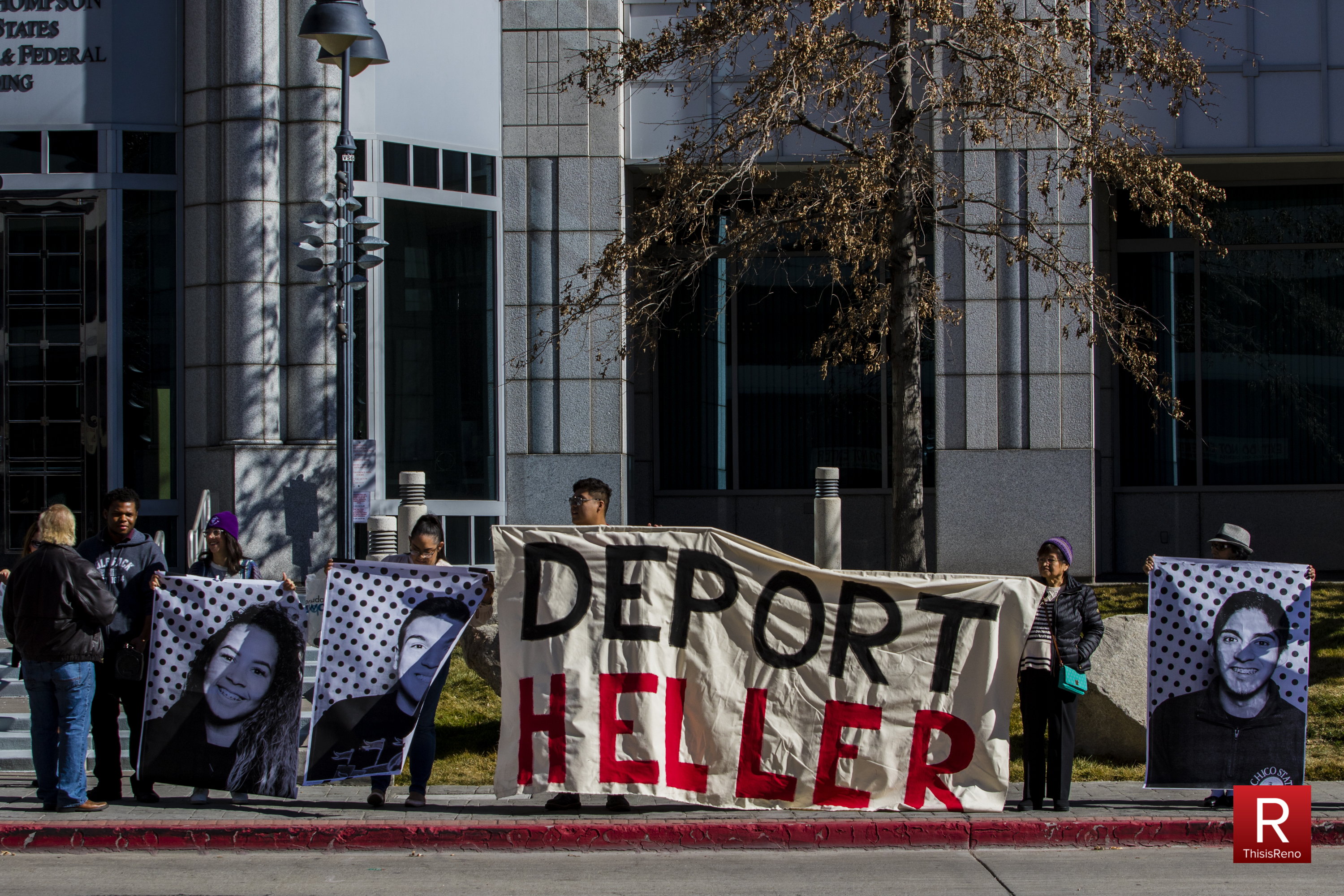 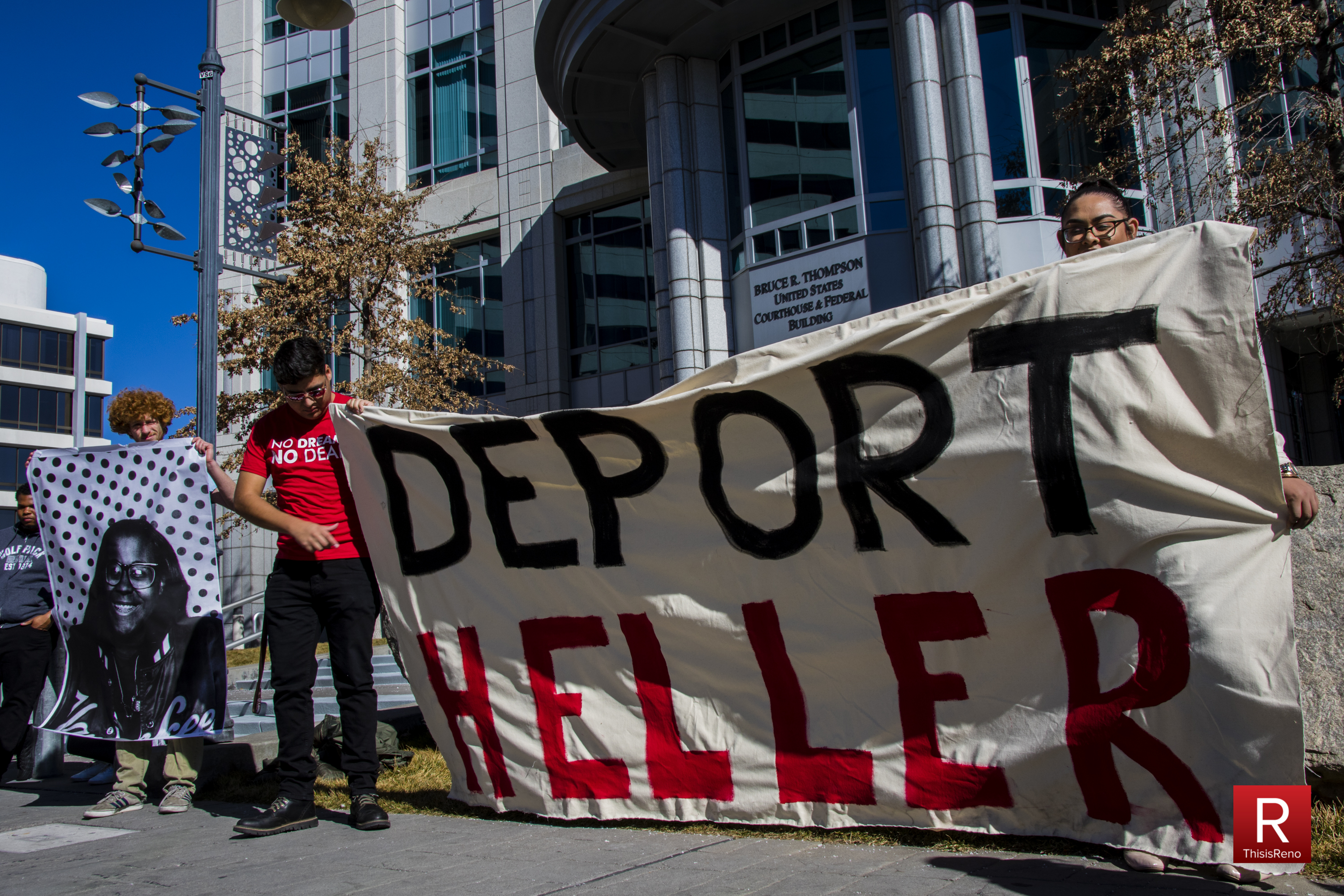 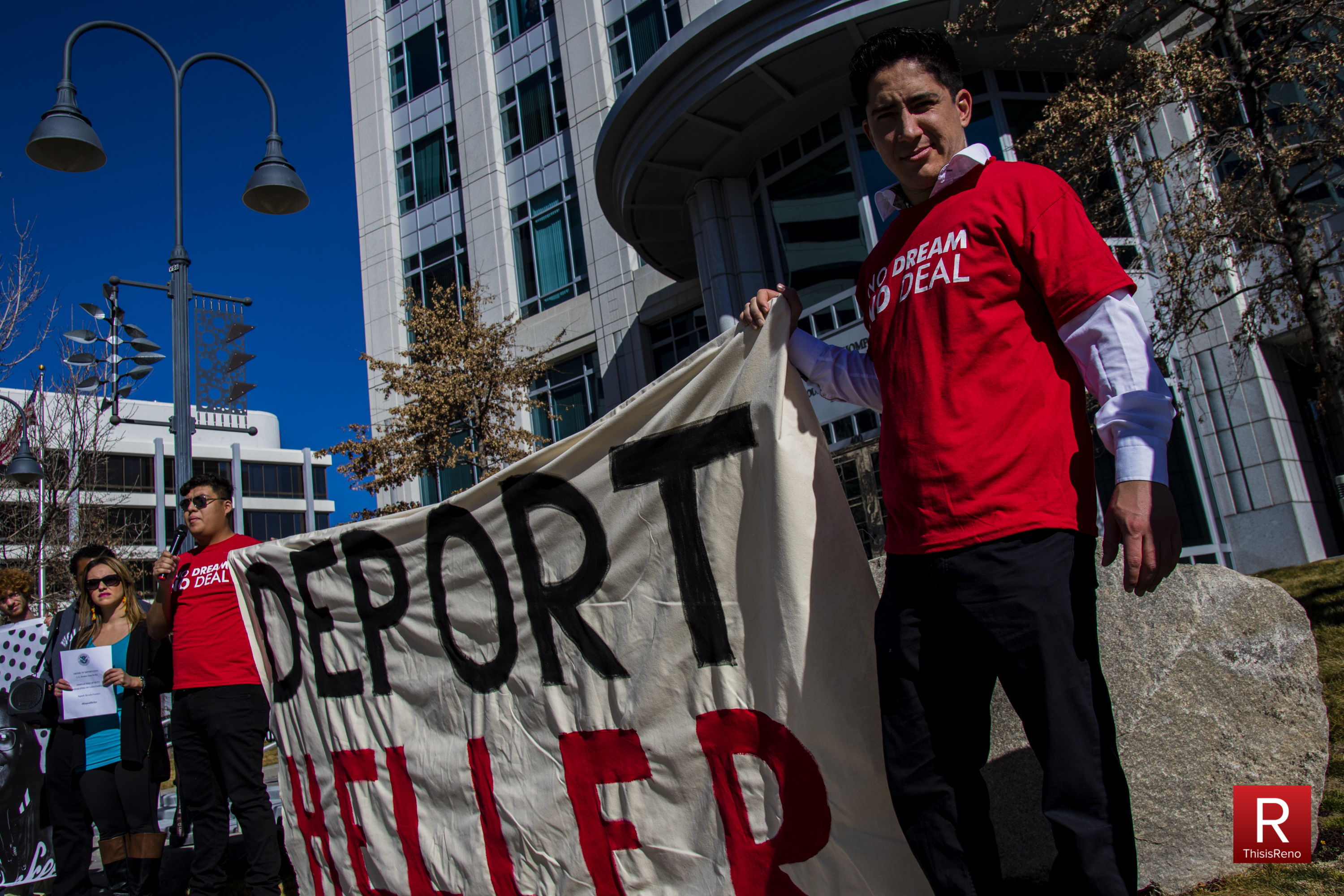 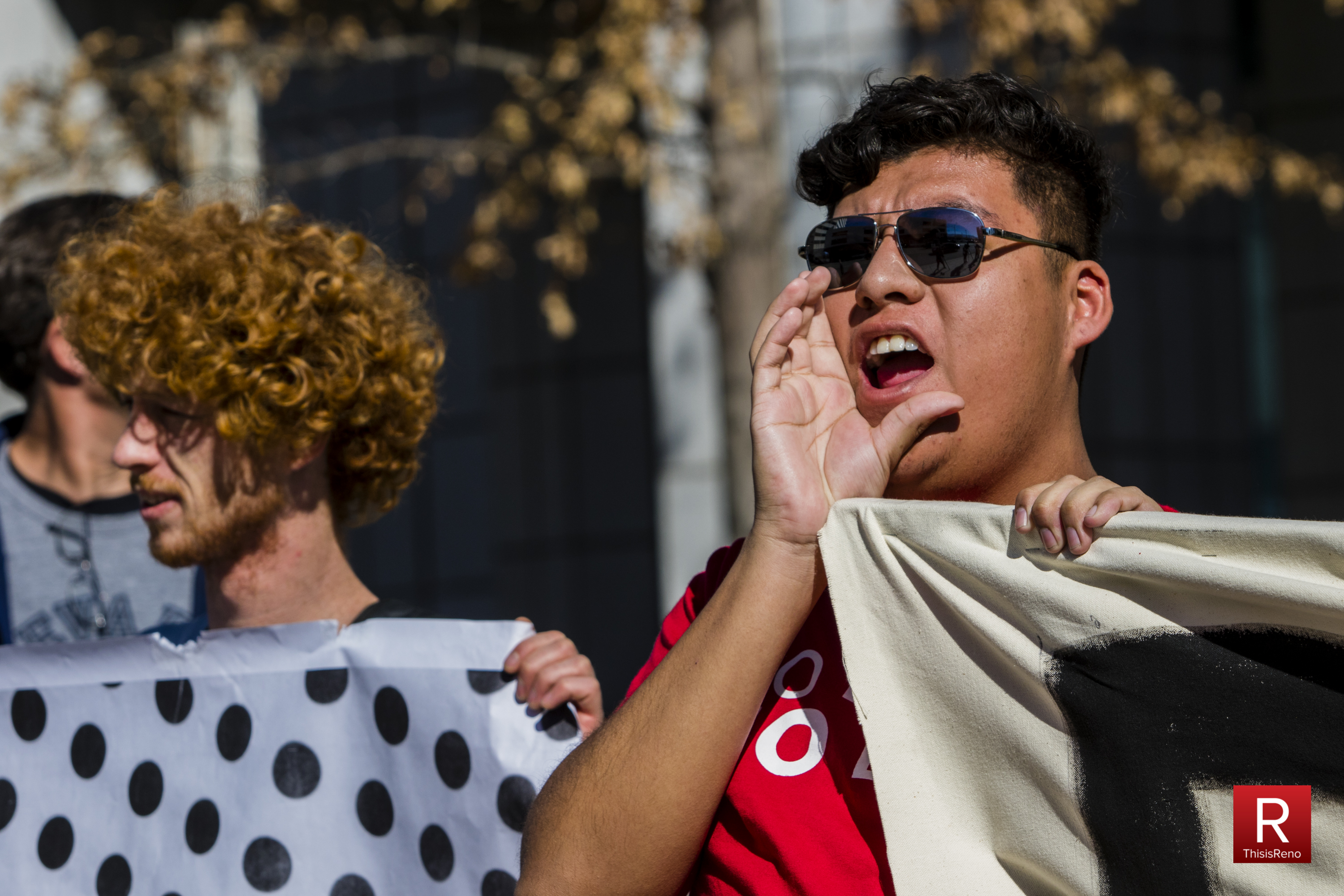 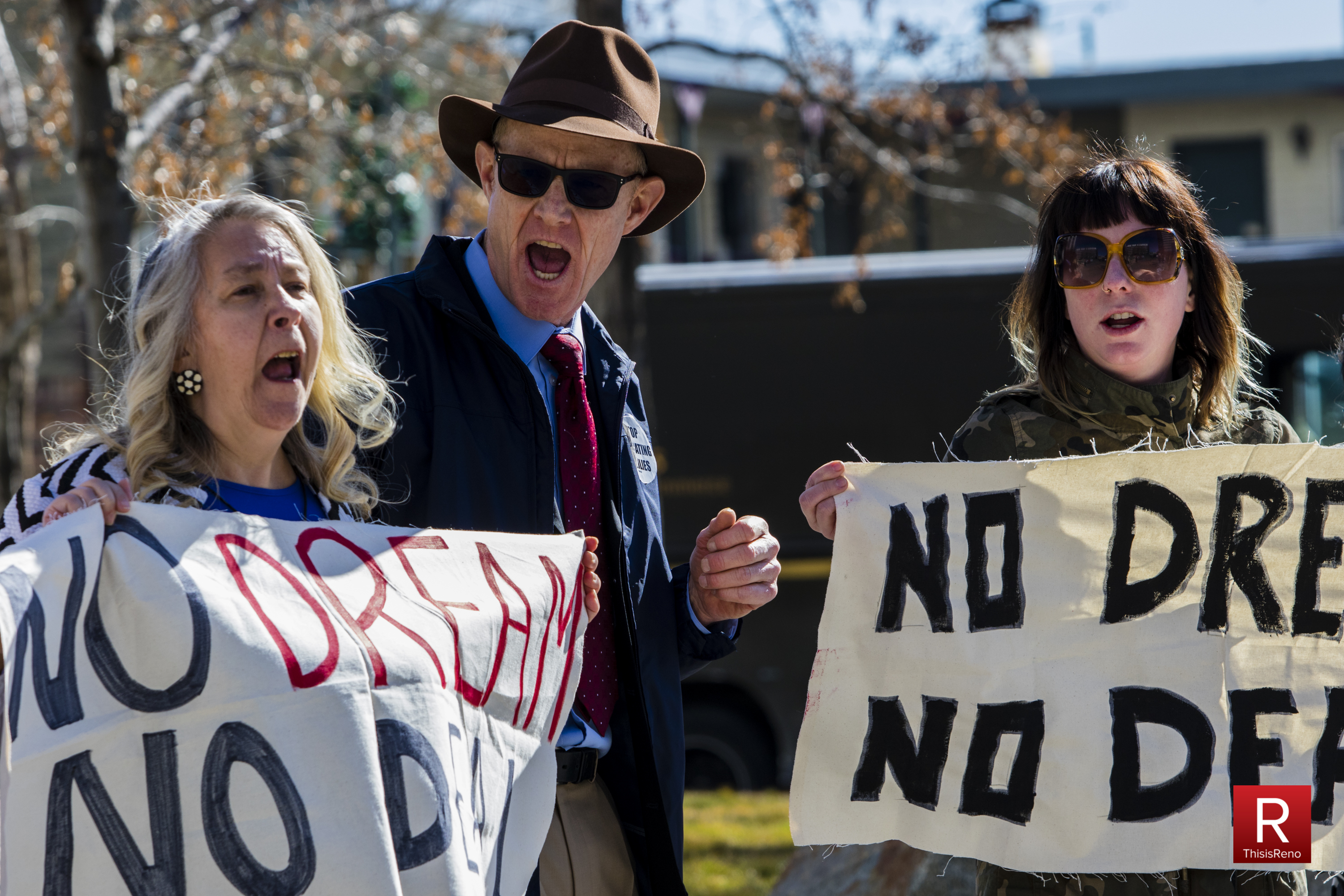 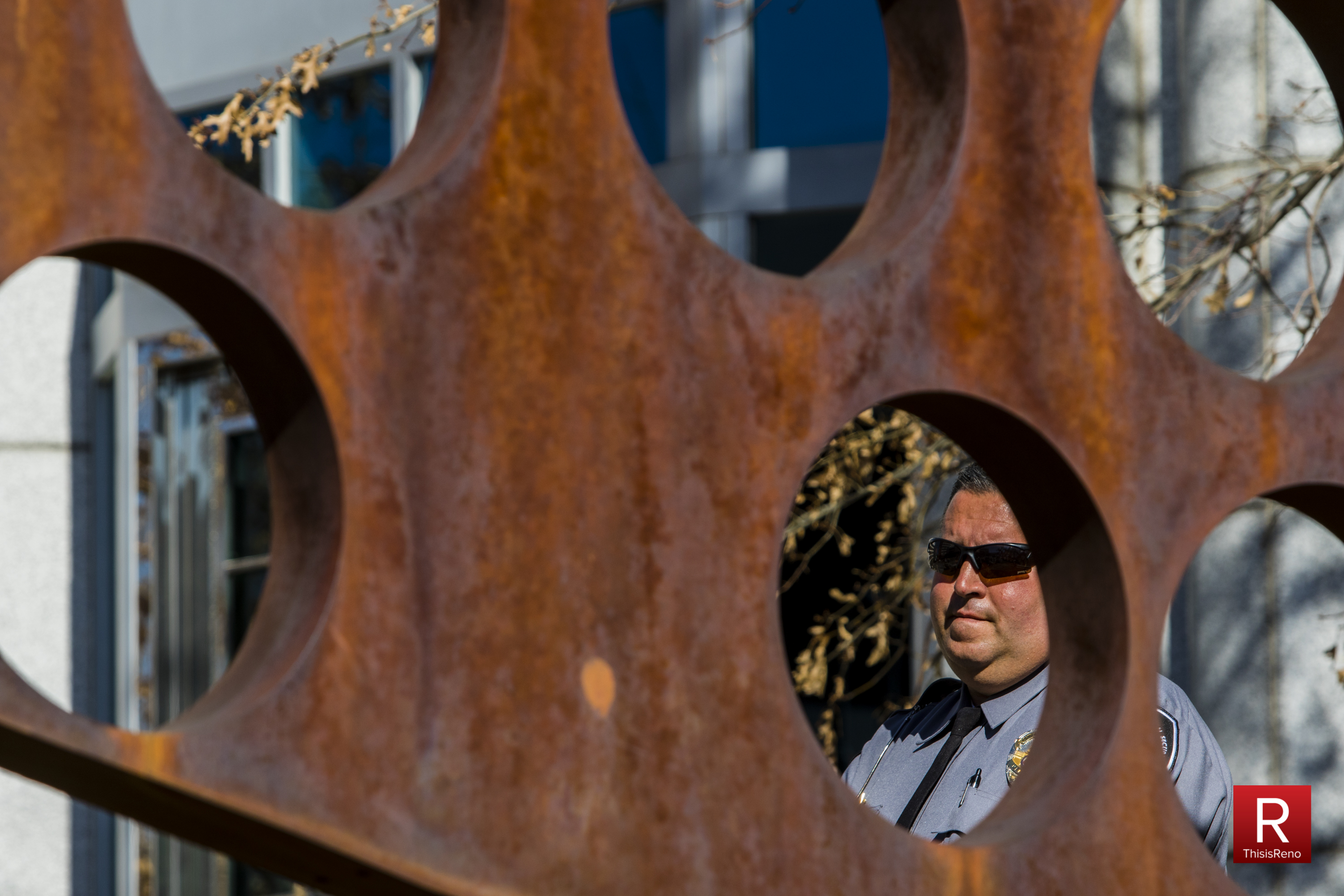 The group held a large banner emblazoned with “Deport Heller” as well as photographs of Reno DACA recipients. Some passing drives honked and waved out their car windows, while others seemed more confused and kept on their way. 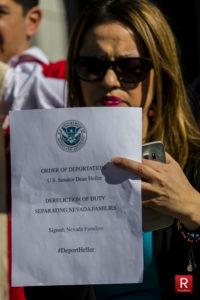 The group’s first act of the day was to deliver a letter of deportation to Sen. Heller’s office. (Note: The media was not present for this part of the protest. Protesters provided statements as to what transpired inside of the federal building.)

According to protesters, they entered the federal building with banners and letter in hand and took the elevator to Sen. Heller’s office. The group was confronted by federal officers and private security. PLAN state director Bob Fulkerson wore a dark blue jacket with “ICE” added to the back. Security advised Fulkerson he was impersonating a federal officer and could be arrested. He was not arrested, and the group was escorted from the building.

While no further interactions took place, both federal officers and a private security guard remained nearby.

The protesters demanded that Sen. Heller take actions for a “clean Dream act,” passing legislation to protect DACA recipients without additions to fund a border wall or to increase the number of Immigration and Customs Enforcement (ICE) agents, among other things.

Isaac Contreras and Gustavo Delarosa, both DACA recipients, spoke at the event. Conteras explained that he arrived in the US at the age of five and does not know any country as a home other that of the United States. Delarosa said that he has built his own catering company to provide for himself and his family. Both ended their speeches by asking Sen. Heller to take action on the Dream Act.

Fulkerson took a blunter tone, saying that Heller’s inaction helps the white supremacist movement and noted that Heller in the past appeared interested in helping immigrants and he should return to those ideals. Fulkerson also referenced the book “Hitler’s Willing Executioners,” which argues that average Germans had a role in the Holocaust due to their cultural acceptance of the actions taken by the SS. “Don’t be a good German,” Fulkerson said and asked that people stand up against Heller’s inaction.

The group said they plan further actions if Sen. Heller does not take action for the Dream Act.

As DACA receives a momentary relief, call for giving “Dreamers”...