Amping Up Awareness of Electric Vehicle Benefits In Nevada 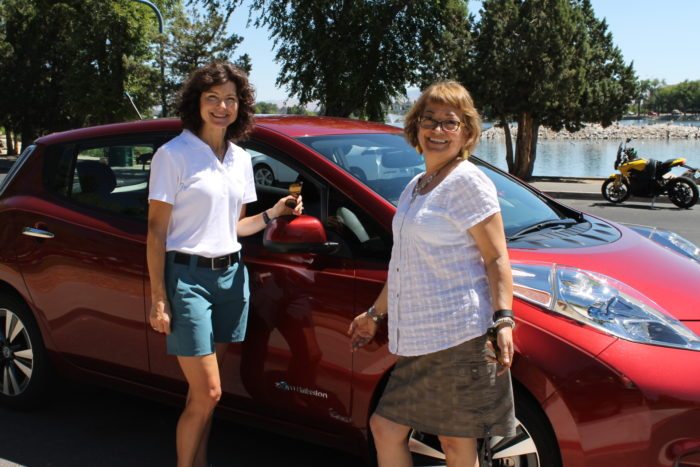 The Electric Auto Association of Northern Nevada (EAANN) is hosting a series of public events designed to raise awareness of Electric Vehicles (EVs) and their beneficial impact on Nevada’s environment and economy.

An estimated two hundred people came to the EAANN recent Electric Vehicle “Show & Shine” on Saturday, July 16, 2016, at Virginia Lake park, with some attendees, including State Senate candidate Heidi Gansert, taking test drives of EVs such as the Nissan LEAF.

After her LEAF test drive Heidi Gansert said, “As an engineer, I am extremely impressed with how far electric vehicles have advanced in a short time. Gansert continued, “I appreciate the work being done to demonstrate the economic and environmental benefits these vehicles provide Nevadans, and look forward to helping to lead the conversation about their use in our state. Education and awareness is a vital first step. Thank you to EAANN for sponsoring an impressive educational event showcasing an emerging industry and technologies that will only strengthen Nevada’s future.”

Ryan noted that her LEAF a study published by the Southwest Energy Efficiency Project (SWEEP) that found that electricity is the cleanest fuel for powering transportation in Wahoe and Clark counties, significantly reducing air pollution and emissions as compared to gasoline engines.

In addition to significant environmental benefits, the SWEEP study also found that EVs provide significant economic benefits to Nevada. The entirety of the SWEEP report can be found under transportation studies at www.swenergy.org.