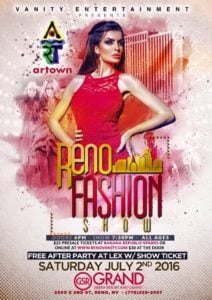 The Reno Fashion Show kicks off Artown at the Grand Sierra Resort’s Grand Ballroom, Saturday, July 2nd at 7:30 pm. This year, the show will feature over 20 local and international designers; including Emily Payne and Richard Hallmarq, from Project Runway.

The show has nearly tripled in size since its debut in 2012, and plans to expand into “Reno Fashion Week” by next year. After the show, guests can attend the after party at Lex Nightclub, for free with show ticket. There will be some returning favorites along with some brand new local and international designers.

Some of the new talent includes, Saron Smith and Cheril Gabbidon, two sisters that started their own business from the ground up. Saron and Cheril had always wanted to own a business together but had many financial struggles.

They made their first few designs and sold out at their first show. Despite the sisters maintaining multiple jobs and full time class work, they were determined to make their business work throughout many personal struggles.

Cheril recalled how persistent they had to be over the past few years, “We eventually became homeless for a while and we were living in our car with our designs in the trunk so we could still sell it.” The sisters kept pushing until they regained their financial stability, and gained a larger following for their business. “We only design jewelry that we would want to wear ourselves” says Saron.

Ashlee Marie, who just turned 20, is a returning favorite with her beautiful formal dresses. Ashlee was diagnosed with epilepsy at a young age and began sketching dresses at the age of 10. Doctors warned the possibility of seizures from drawing, but Ashlee didn’t listen, she wanted to be a designer. She continued to follow her dreams of attending FIDM, the top fashion school in the nation, but that required good grades in high school.

In high school, Ashlee’s throat ruptured. She began a year long, in-patient hospitalization treatment. She was advised to drop out by school administrators and teachers. Ashlee didn’t listen, she wanted to be a designer. In the end she proved everyone wrong. “I graduated high school in three years, instead of 4, had my first fashion show at the high school, and was accepted into FIDM”, Ashlee says. “The one thing that made it worth it for me in the end, was for so long, I had people tell me, I couldn’t do anything, I was nothing, I should just give up.”

You can catch all their designs, along with many more designers, going down the runway Saturday, July 2nd, inside the Grand Ballroom. Show is All Ages. $25 tickets include show and 21+ after party at Lex Nightclub. Doors open at 6PM, and show starts at 730PM. 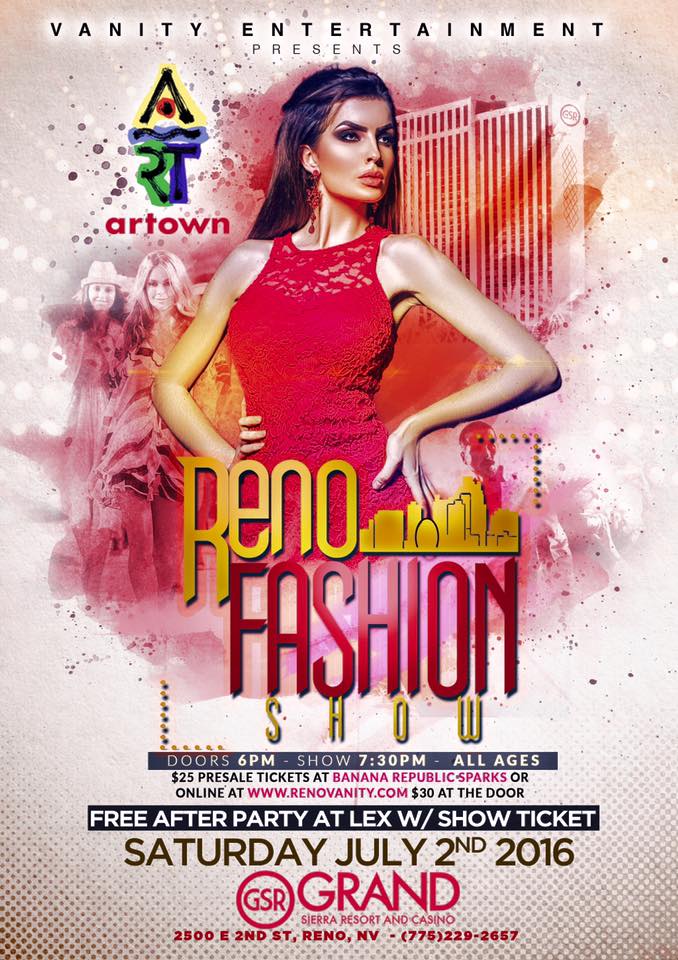 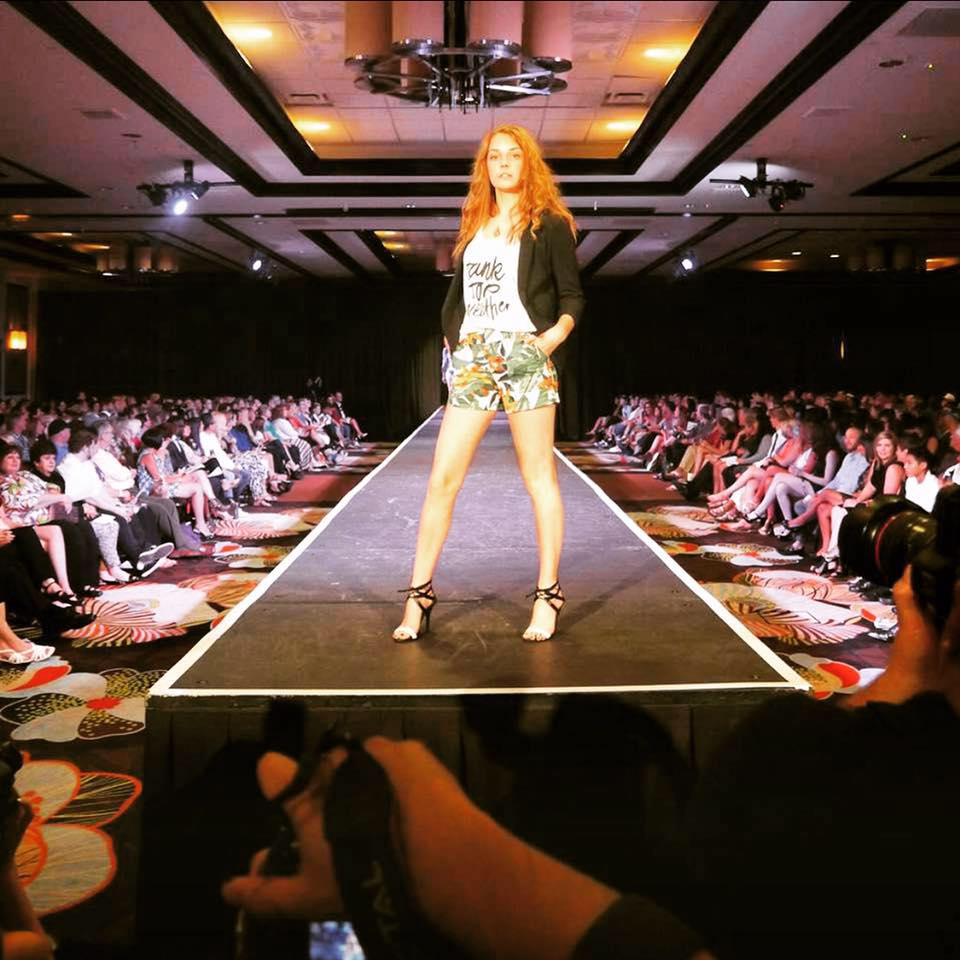 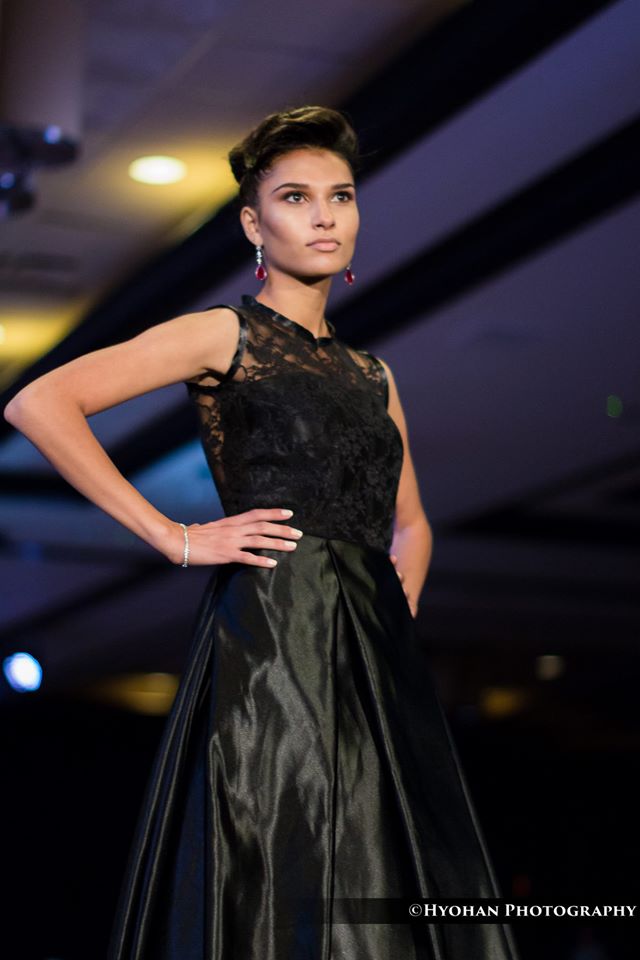 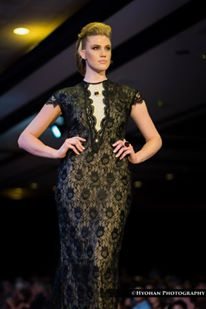 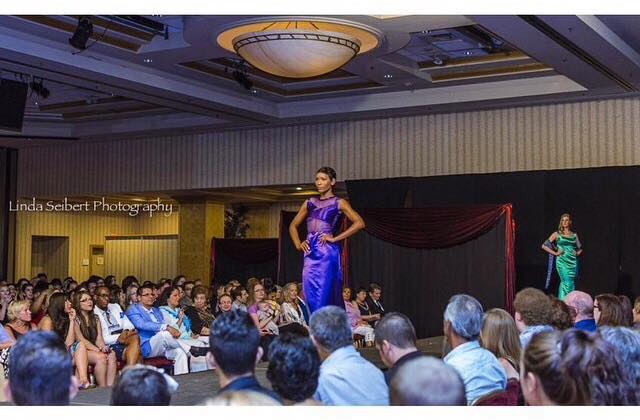 Five-ish events to check out: Bar crawls, balls and a...