Man Sentenced to 18 years to Life for 2015 Sexual Assault 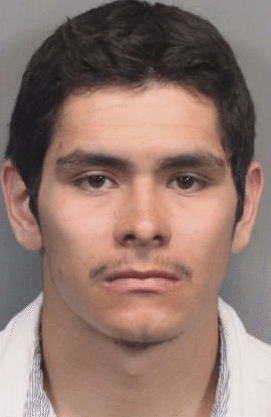 Washoe County District Attorney Chris Hicks announced that a Washoe County man was sentenced Wednesday to a term of life in prison with the possibility of parole for his role in a June 2015 sexual assault involving a 22-year-old female.

The Reno Police Department (RPD) responded to a call of a sexual assault after the victim called 911. RPD detectives conducted an investigation and identified Guevara as the suspect.

“Detectives determined that Guevara and the victim had been in a recent relationship, which had ended that night,” according to Hicks. “Guevara went to the victim’s home in the early morning hours of June 14th and began knocking on her door.

“When the victim answered, Guevara dragged her to his car and attempted to sexually assault her. The victim attempted to escape and was injured when thrown to the ground. During the attack, a clump of the victims hair was ripped out, which would later be collected as evidence.

“Guevara then drove the victim to his apartment where he sexually assaulted her, at one point biting her in the back. Reno Police were able to locate the victim at her home after Guevara released her by tracking a 911 hang up she was able to place during the attack,” Hicks added.

“During National Sexual Assault Awareness Month and on the eve of National Crime Victim’s Rights Week, the court’s sentence sends a stark and appropriate message that sexual assault cases in our community will be punished harshly,” Hicks said.