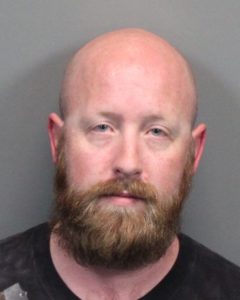 Members of the Washoe County Sheriff’s Office Internet Crimes Against Children Task Force (I.C.A.C.) said Larsen’s activities came to light from a tip to the National Center for Missing and Exploited Children’s “Cybertipline.”

Most of the charges do not allow for a bail.

“Our investigation has identified the local child, and we … have no indication any other local victims exist,” said Task Force Sergeant Dennis Carry said. “It’s a sad day when law enforcement reports to the public (that) we’re kicking off National Child Abuse Prevention Month with yet another tragedy of a child predator choosing to victimize a child.

“This predator not only physically abused the child, but distributed images, which are now believed to be in the possession of other predators, throughout the world,” Carry added. “We’re drowning in cases involving child victimization, and the problem only continues to grow.”

Citizens are encouraged to report any incident of child exploitation through the Cybertipline at www.cybertipline.com.