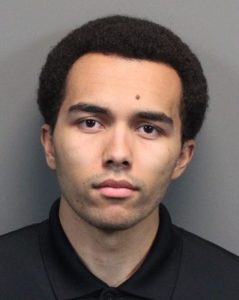 Reno Police (RPD) announced this week that a Reno man was arrested for lewdness with a minor under the age of 16.

“On March 11, 2016 a 15-year-old boy spent the night at an adult friend’s residence in north Reno,” police said. “On the morning of March 12, 2016 the boy woke to the 23-year-old male inappropriately touching him. The boy immediately told the man to stop touching him and the man left the room. The boy then called his father who came to pick him up.”