Interview: Get to Know Authmentis 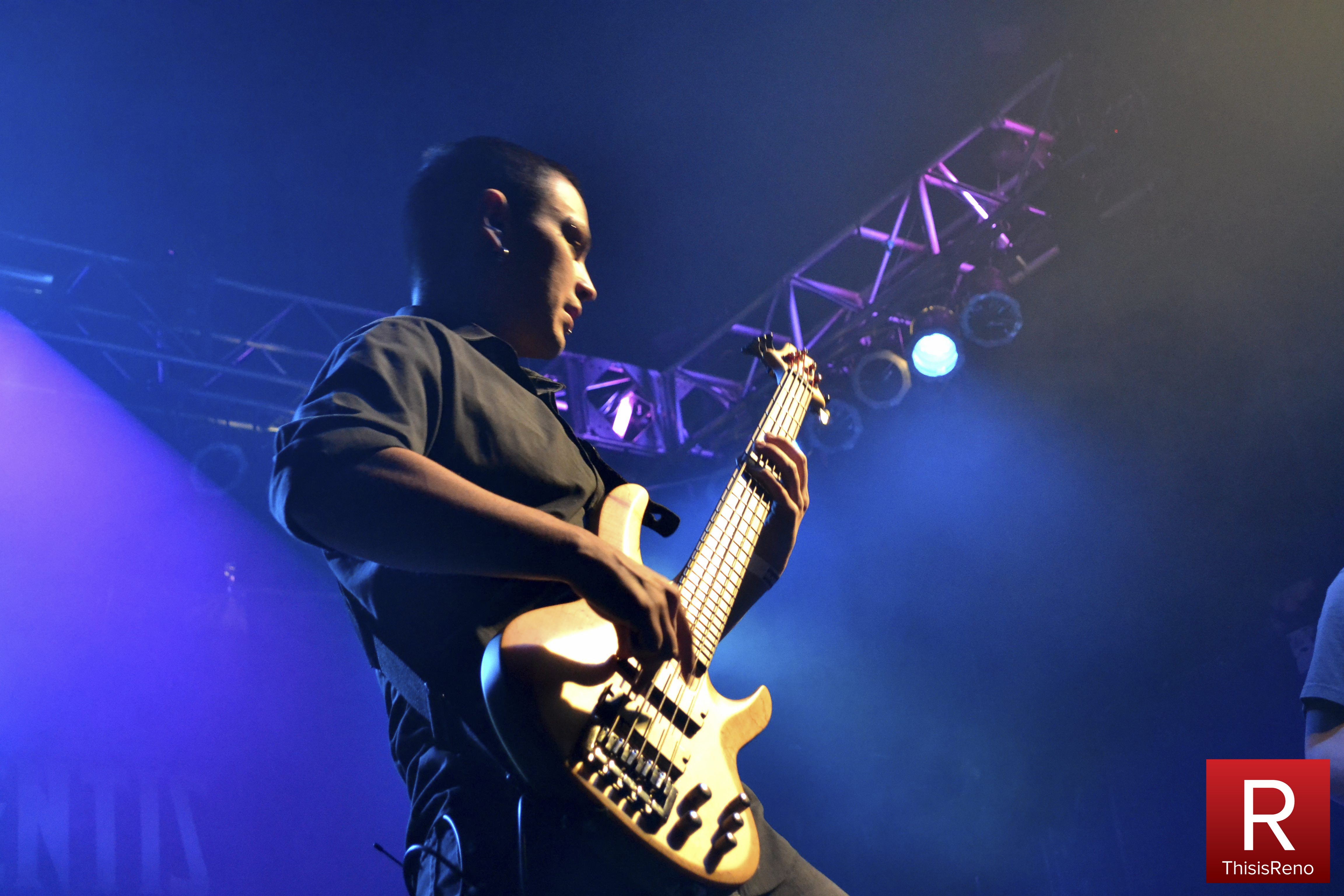 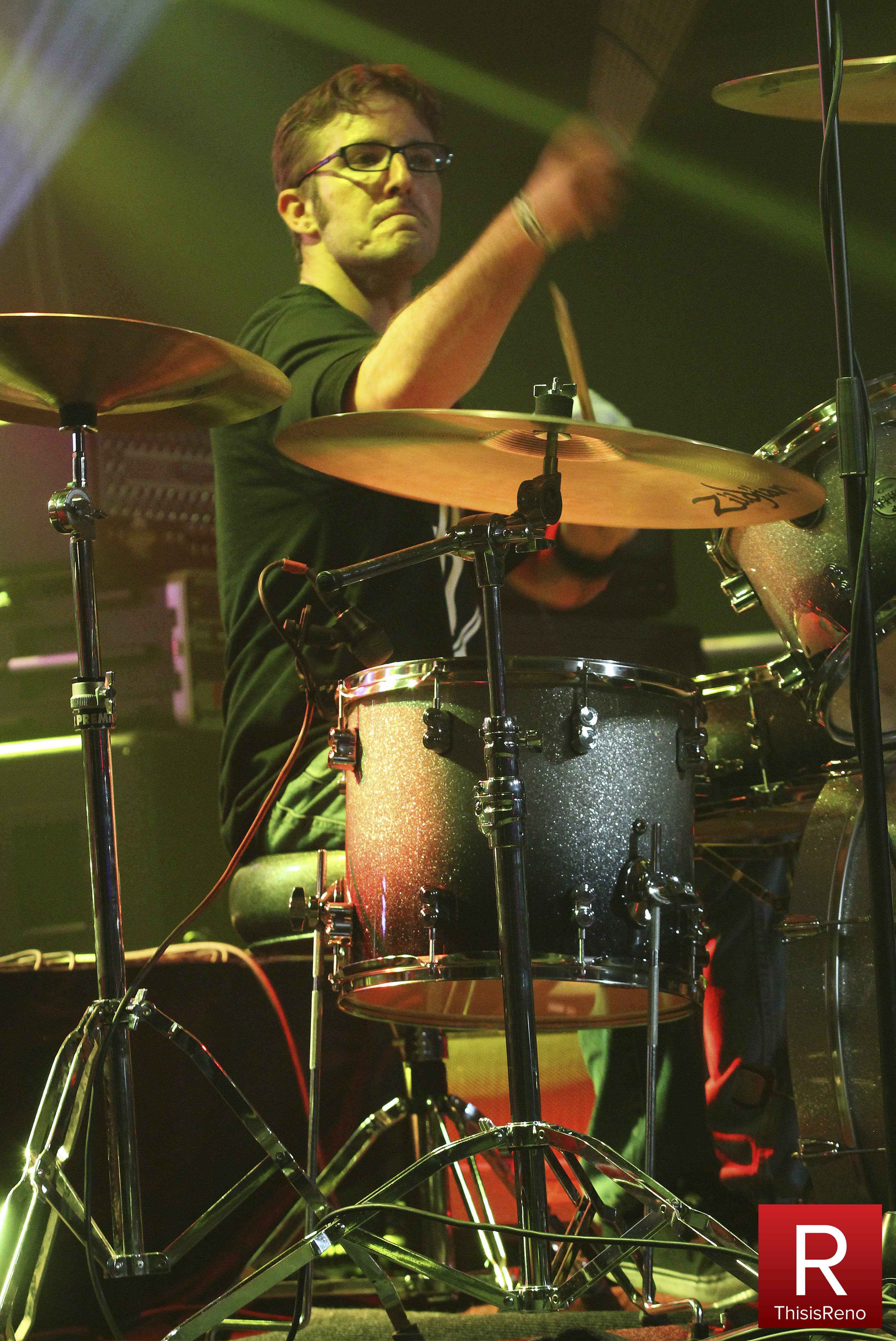 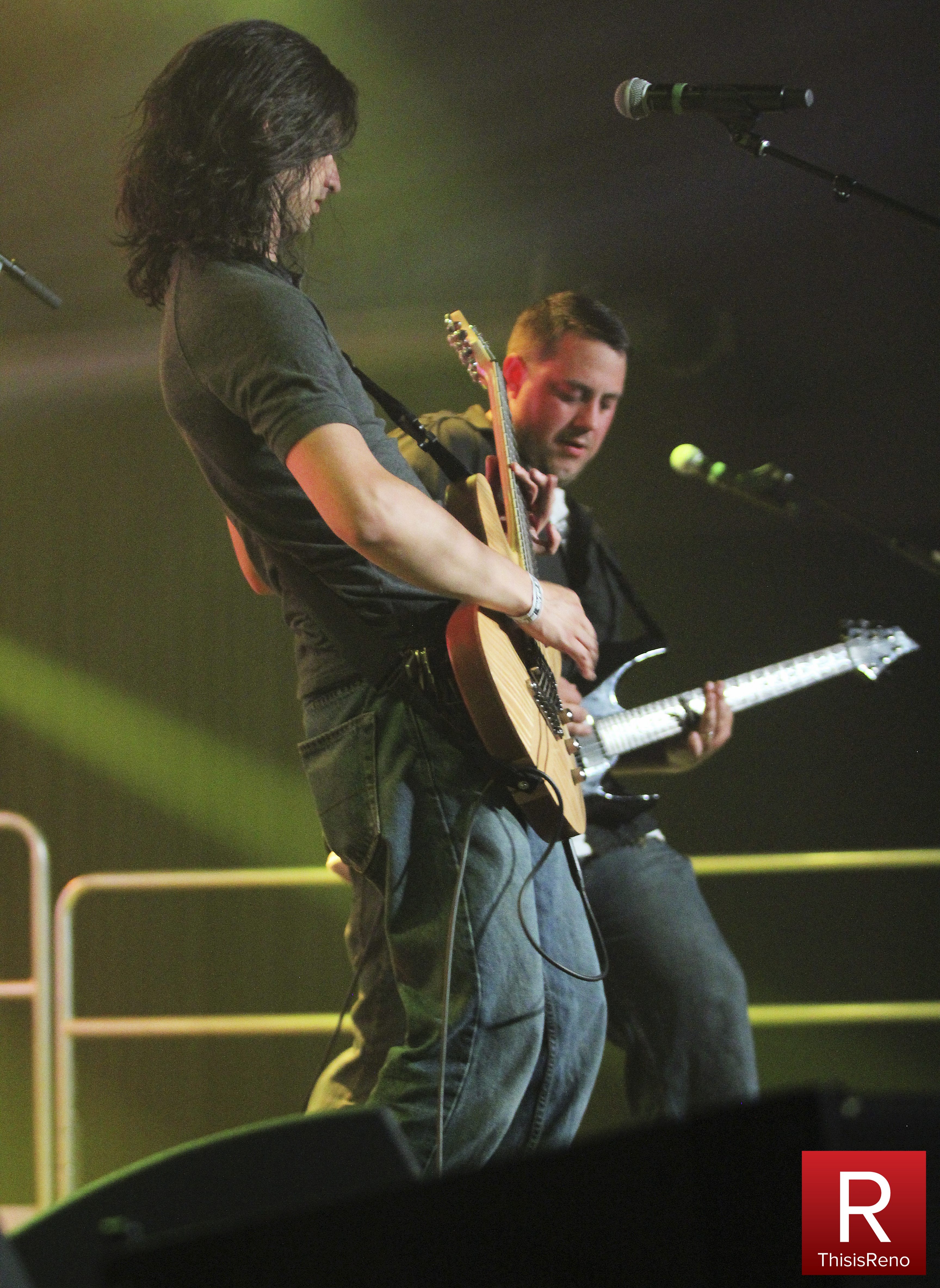 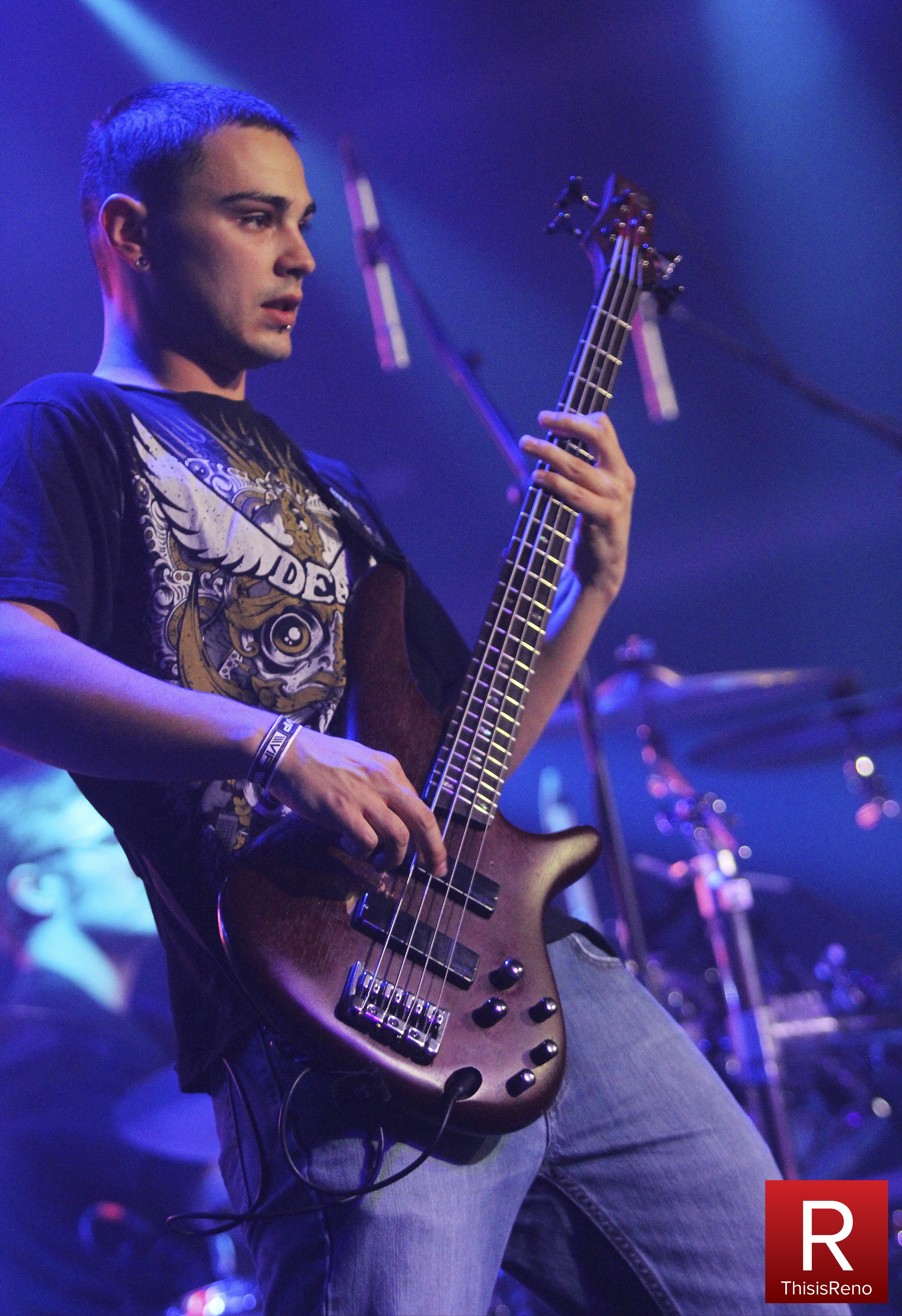 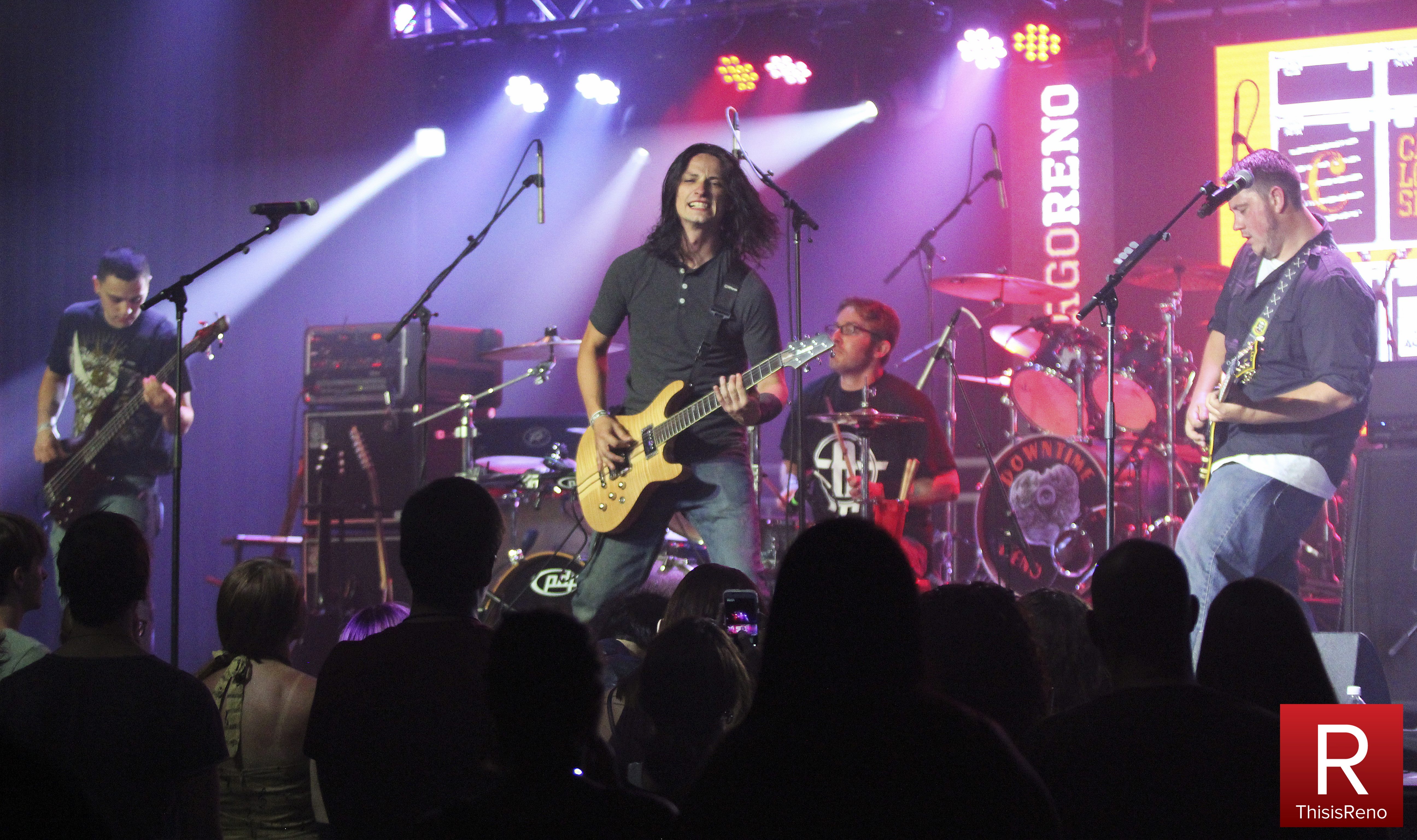 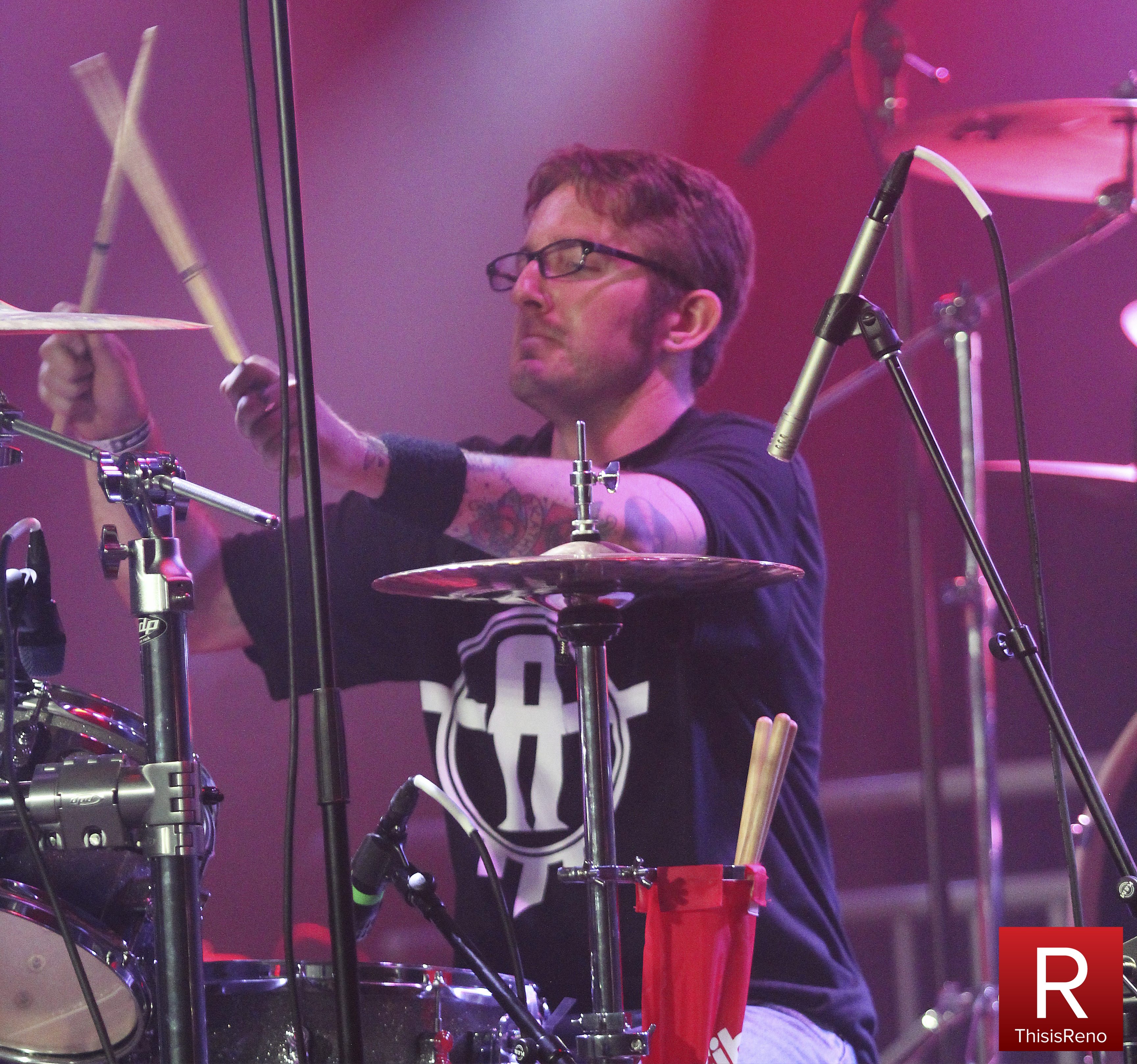 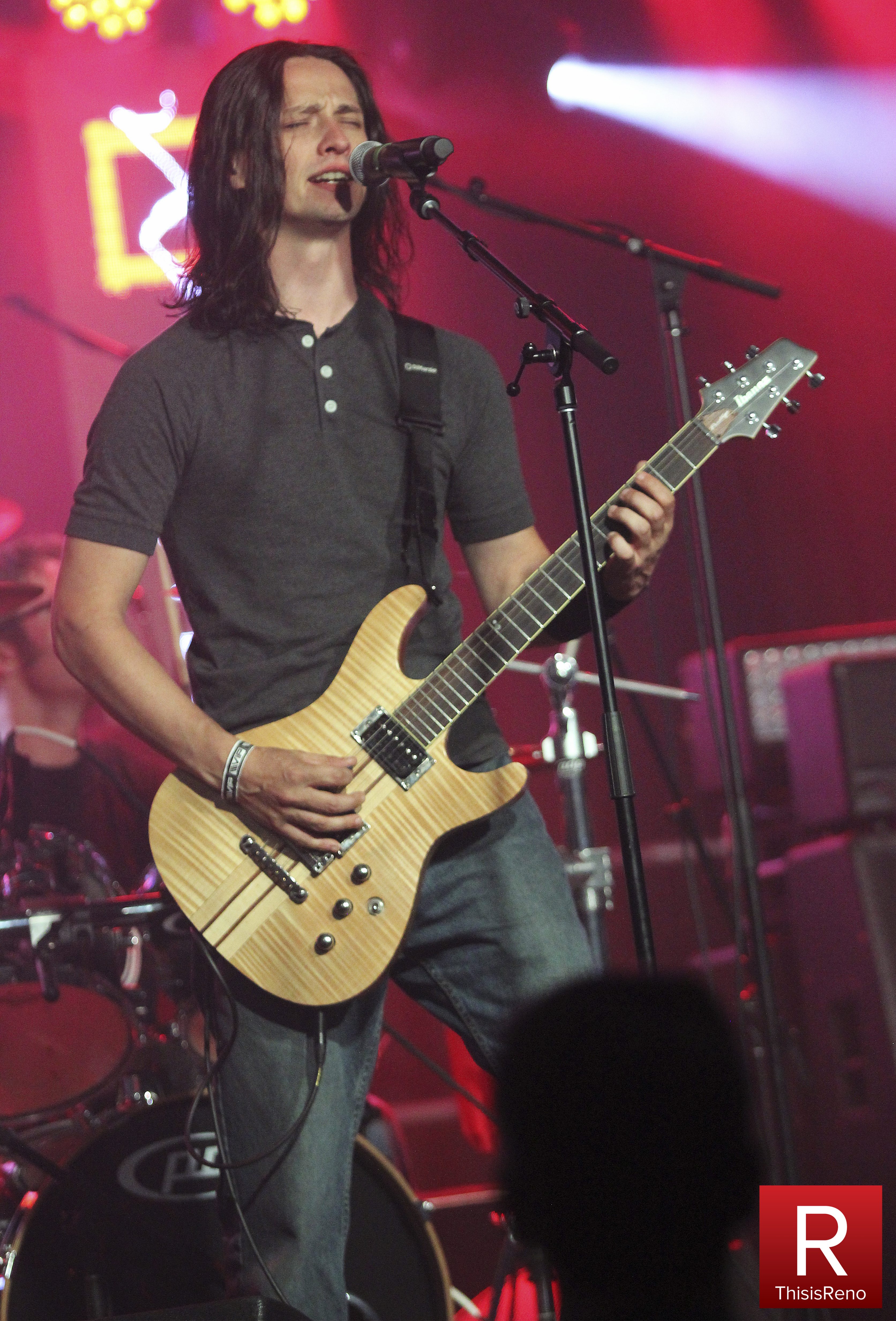 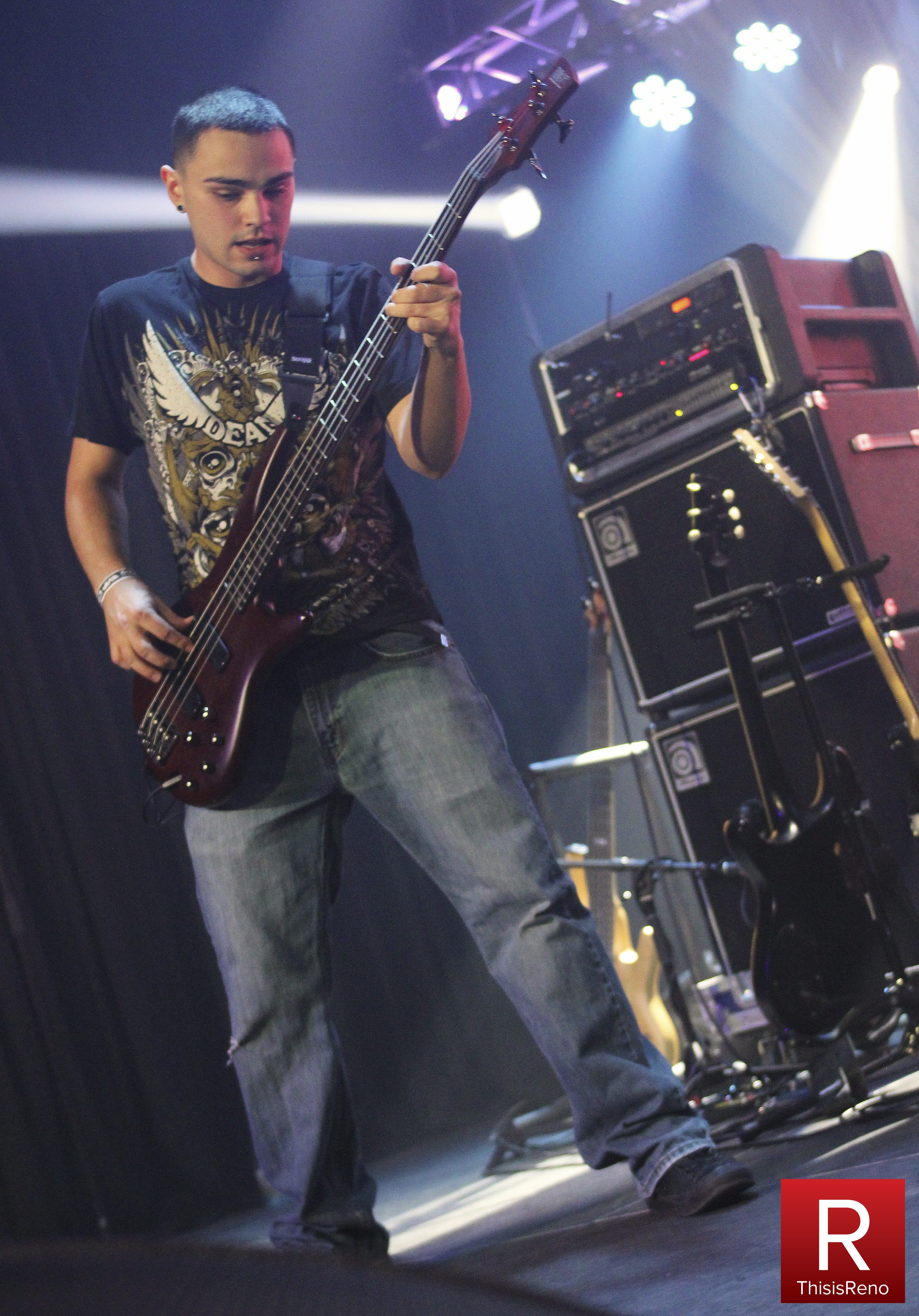 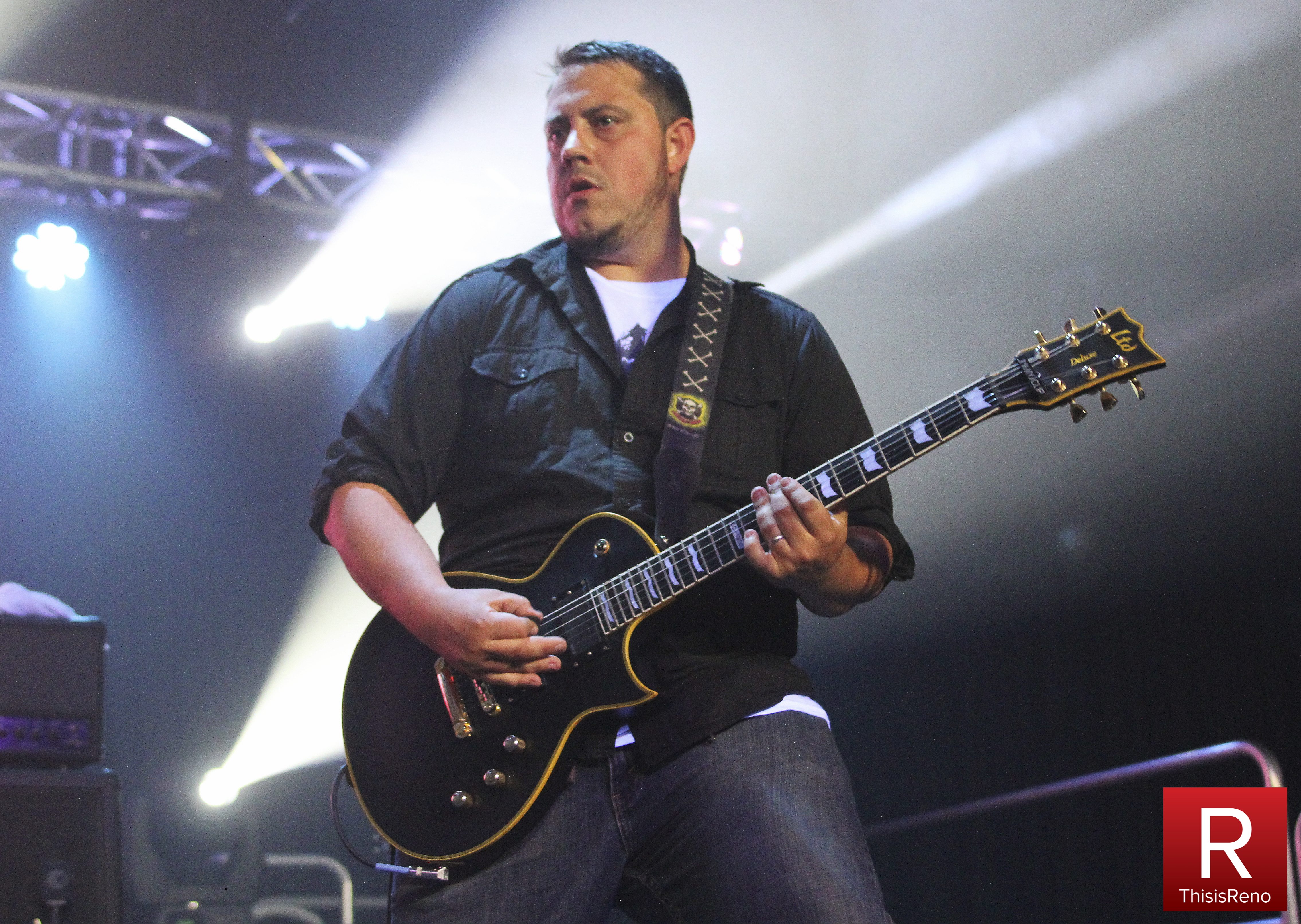 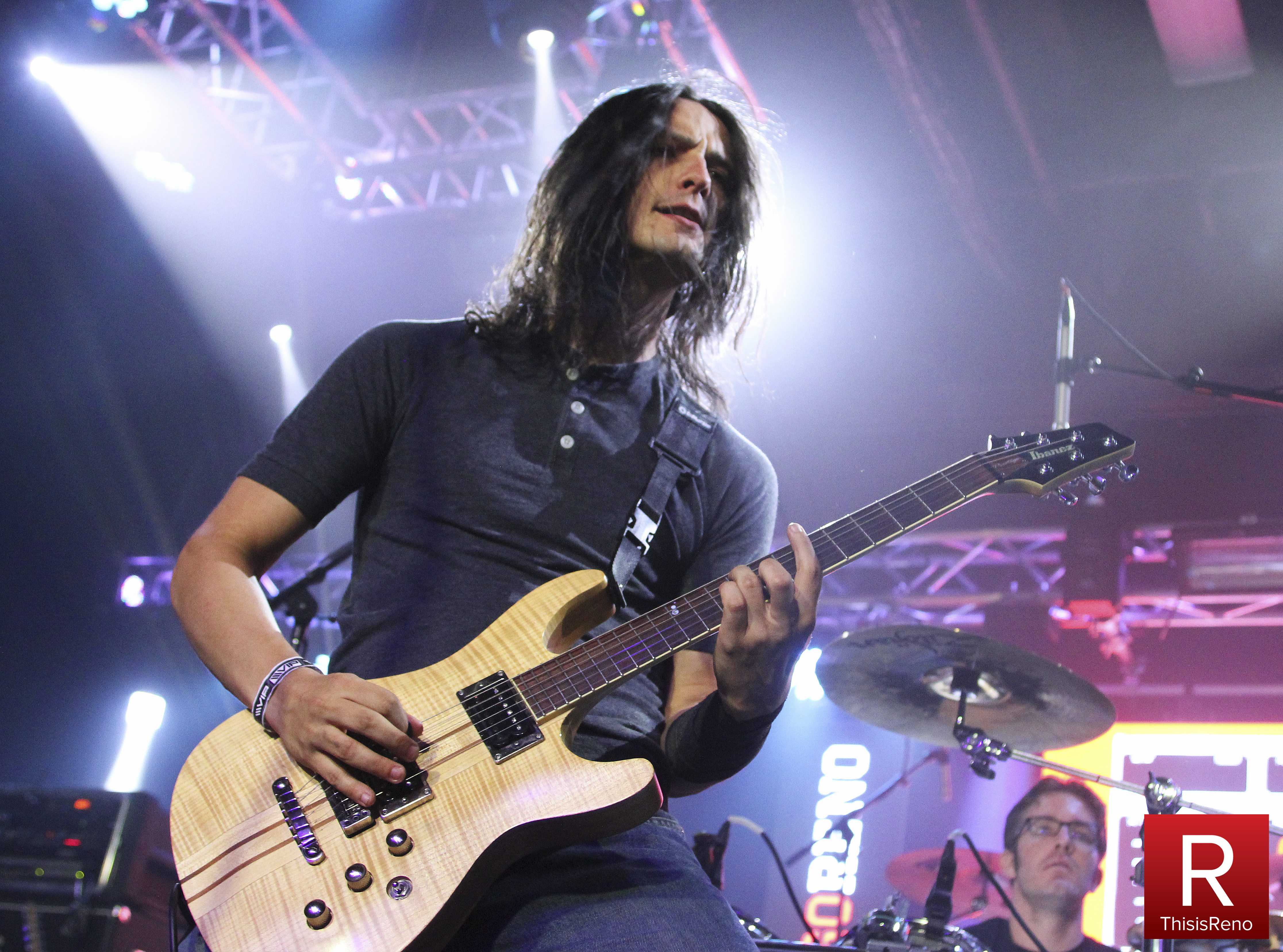 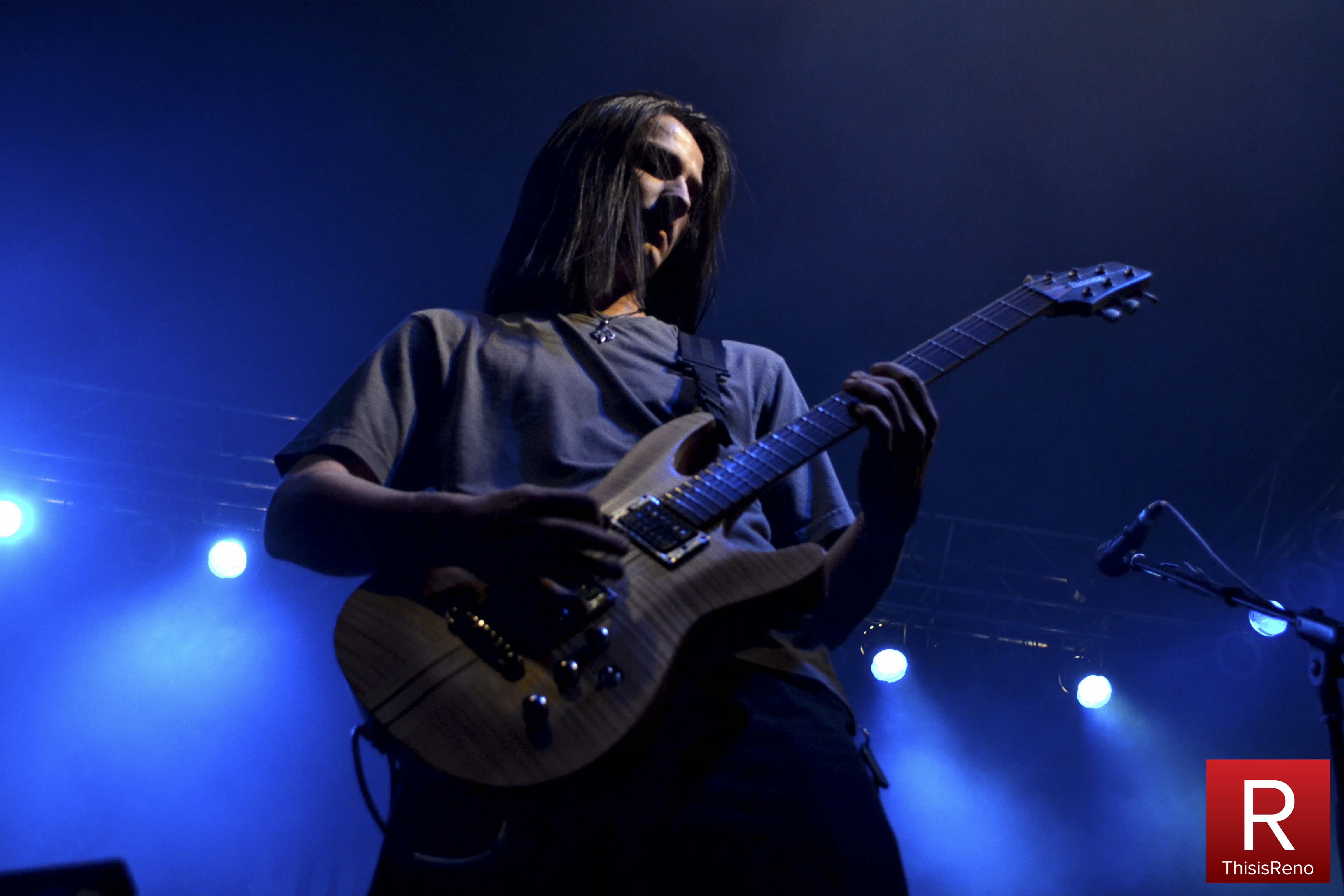 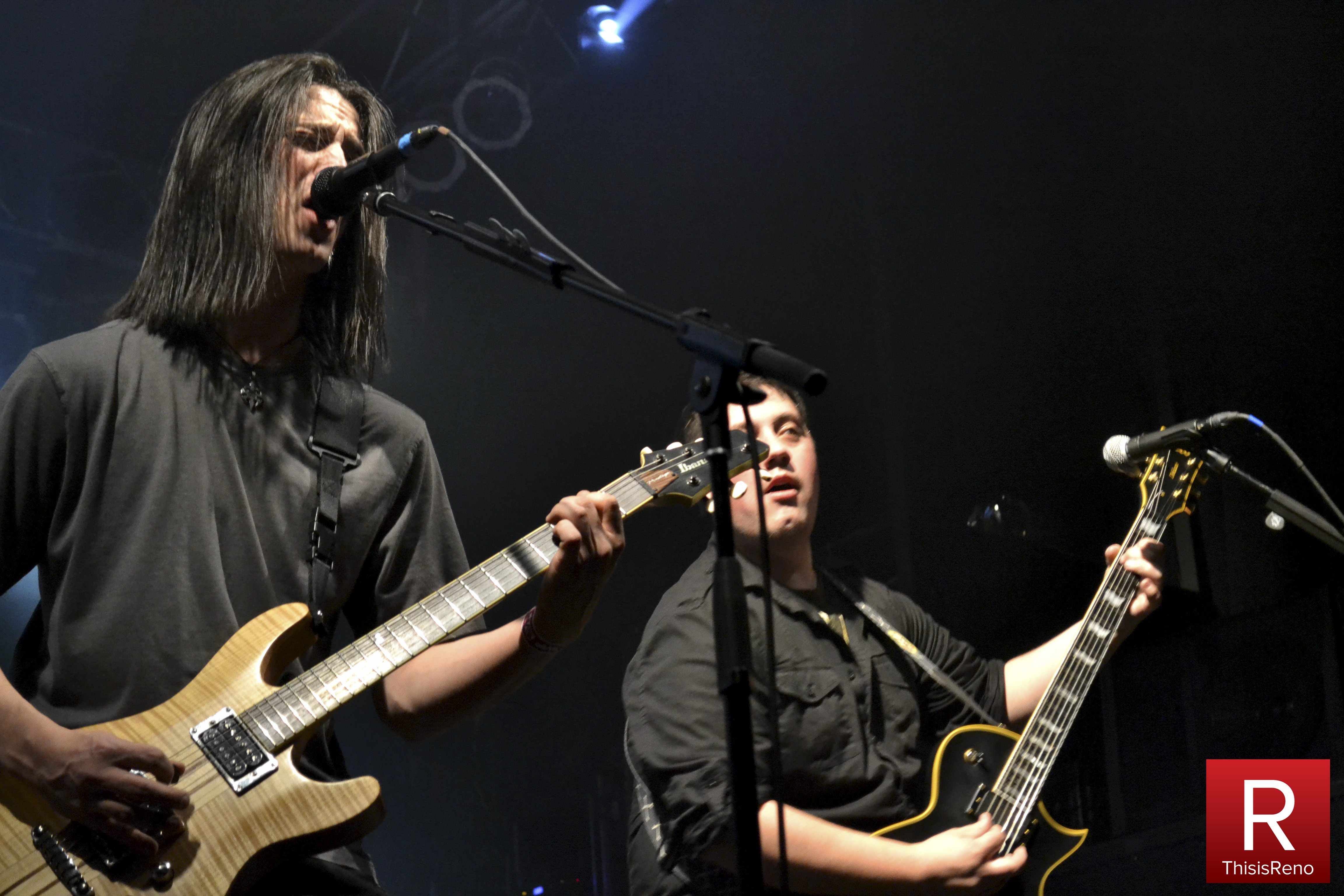 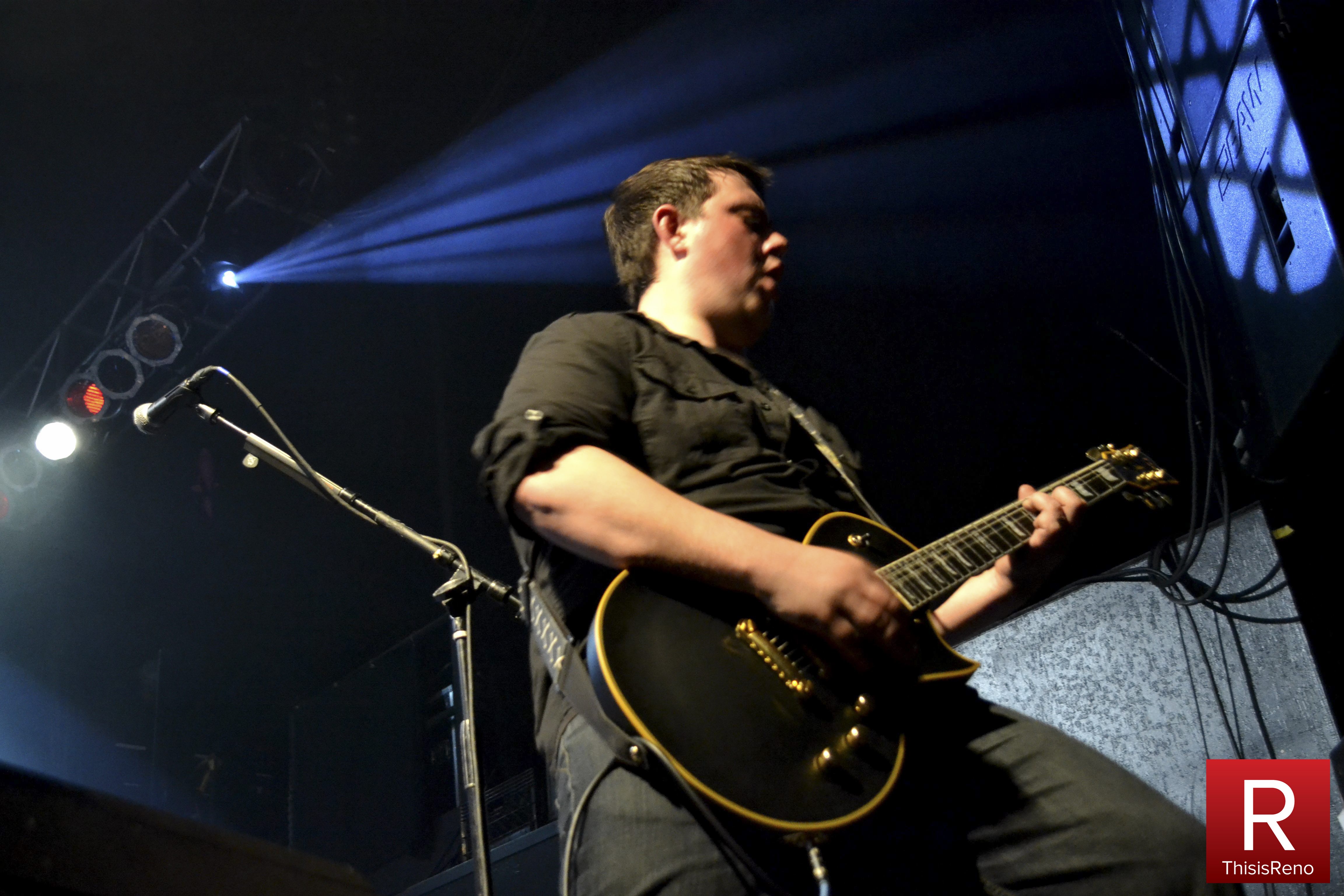 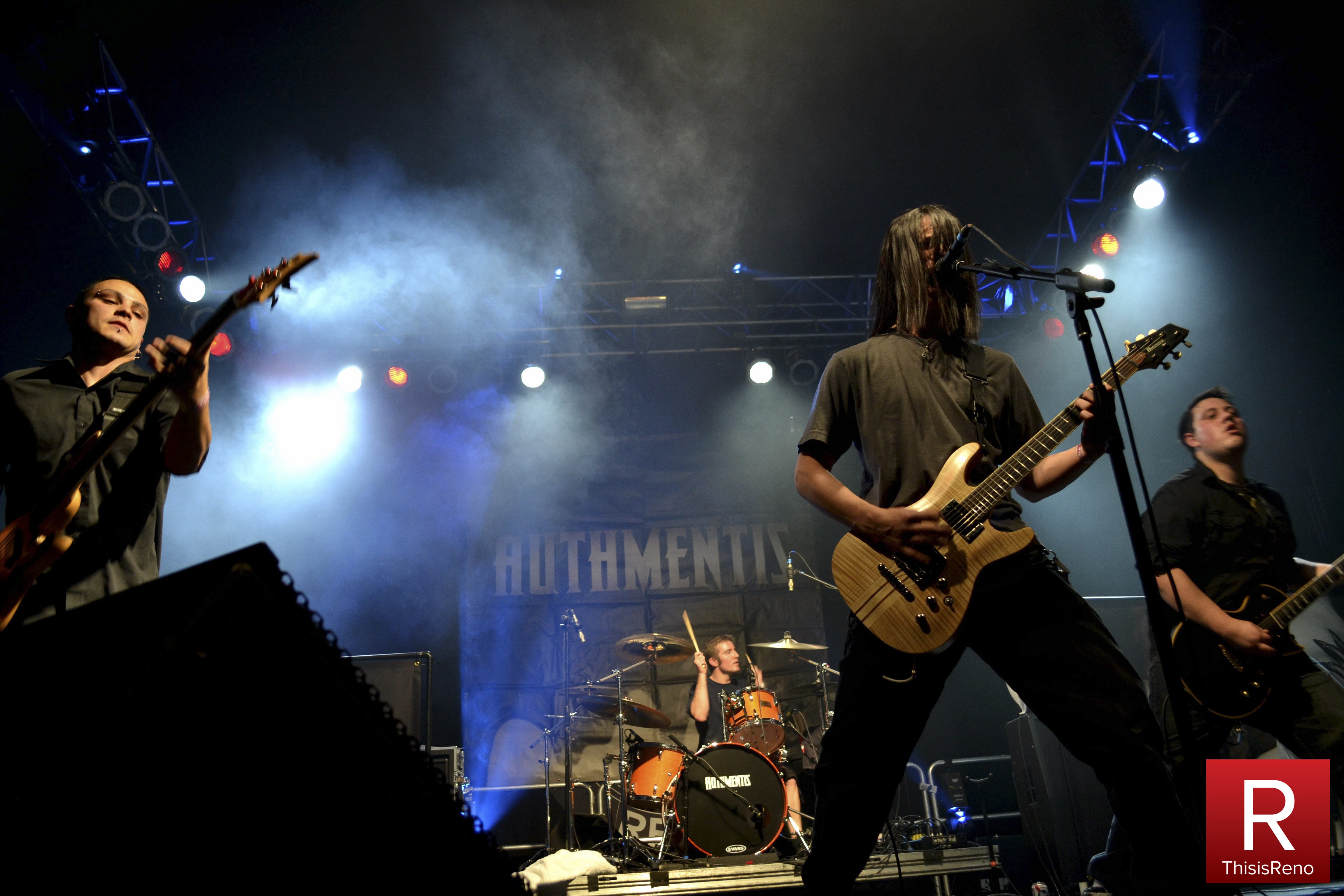 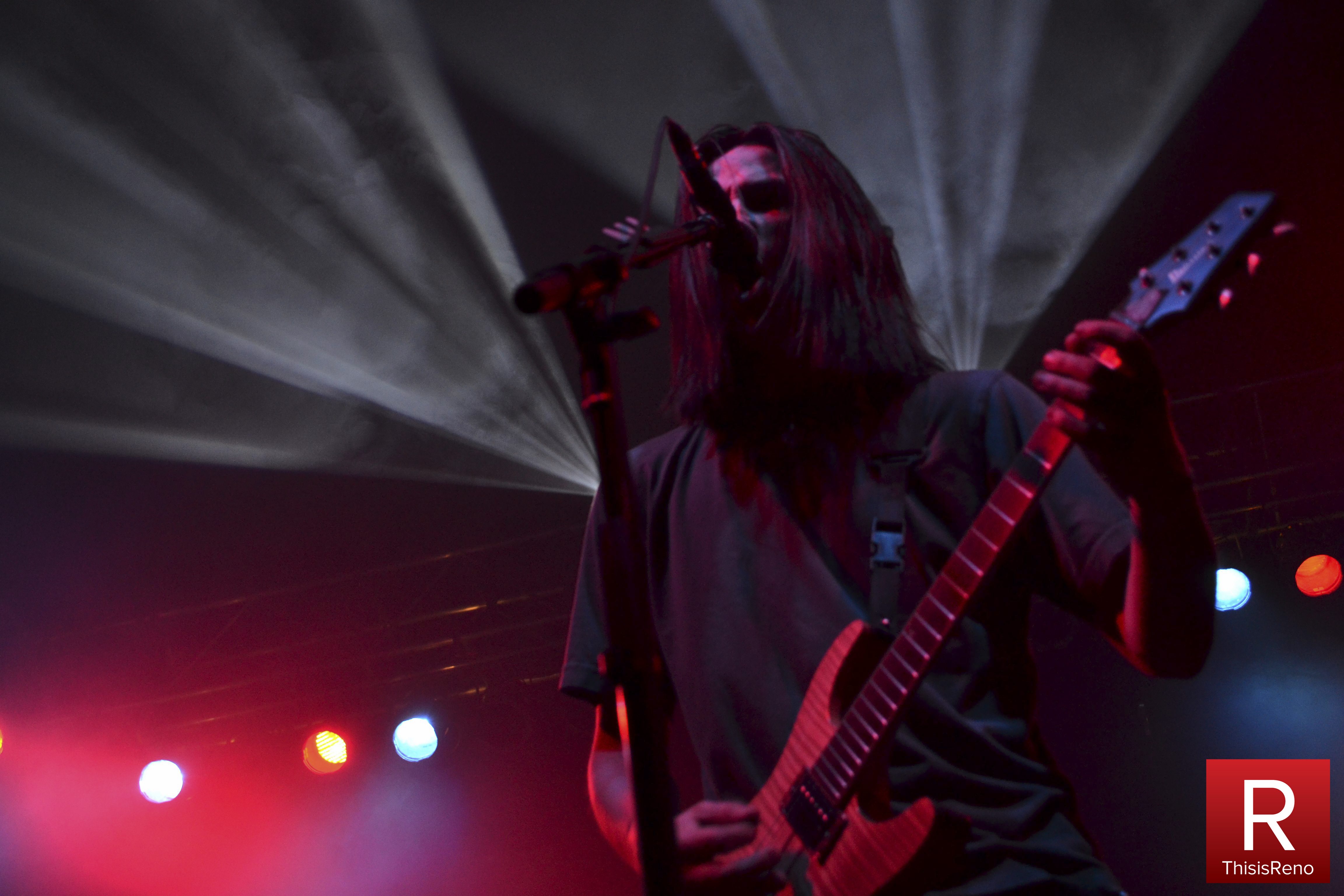 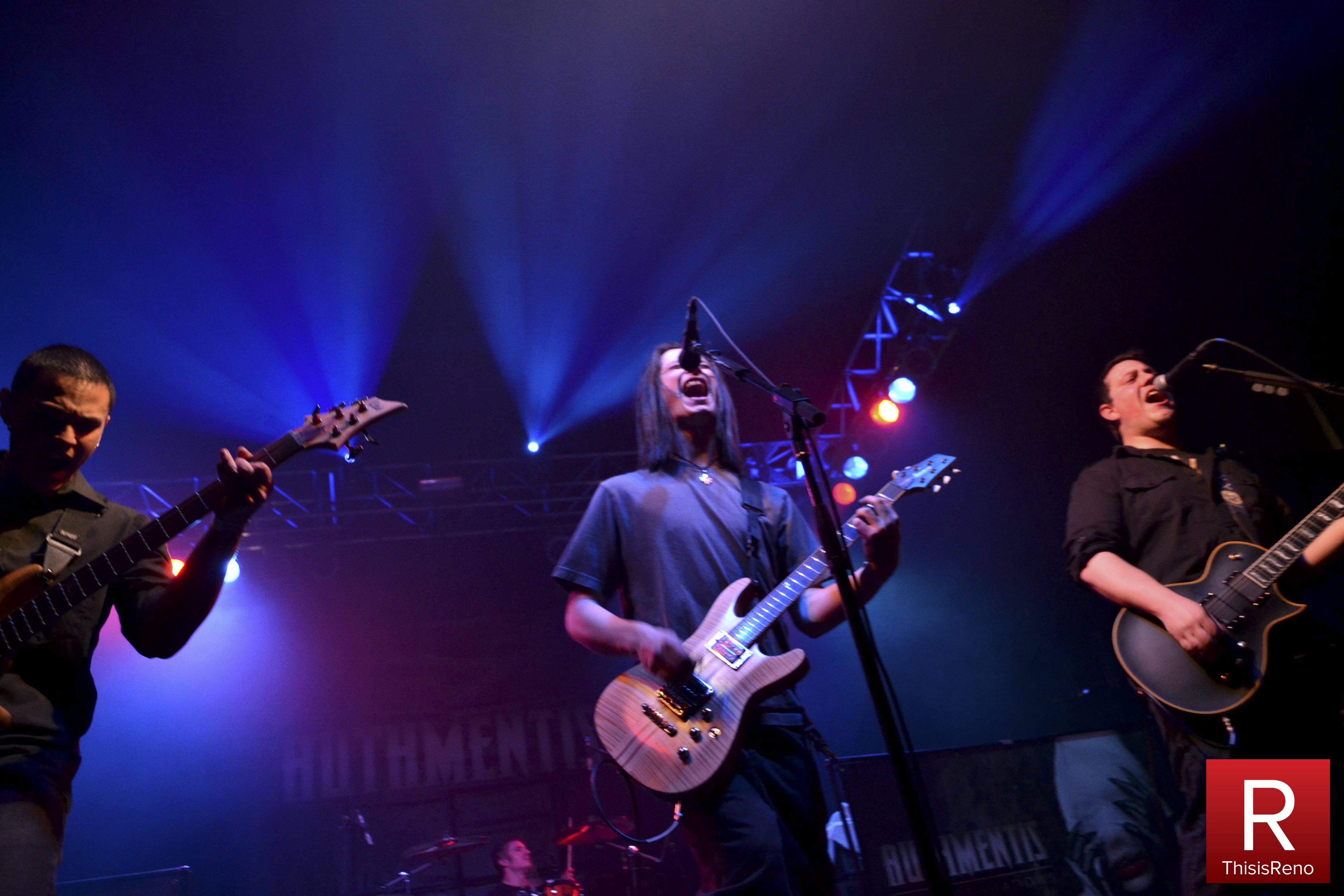 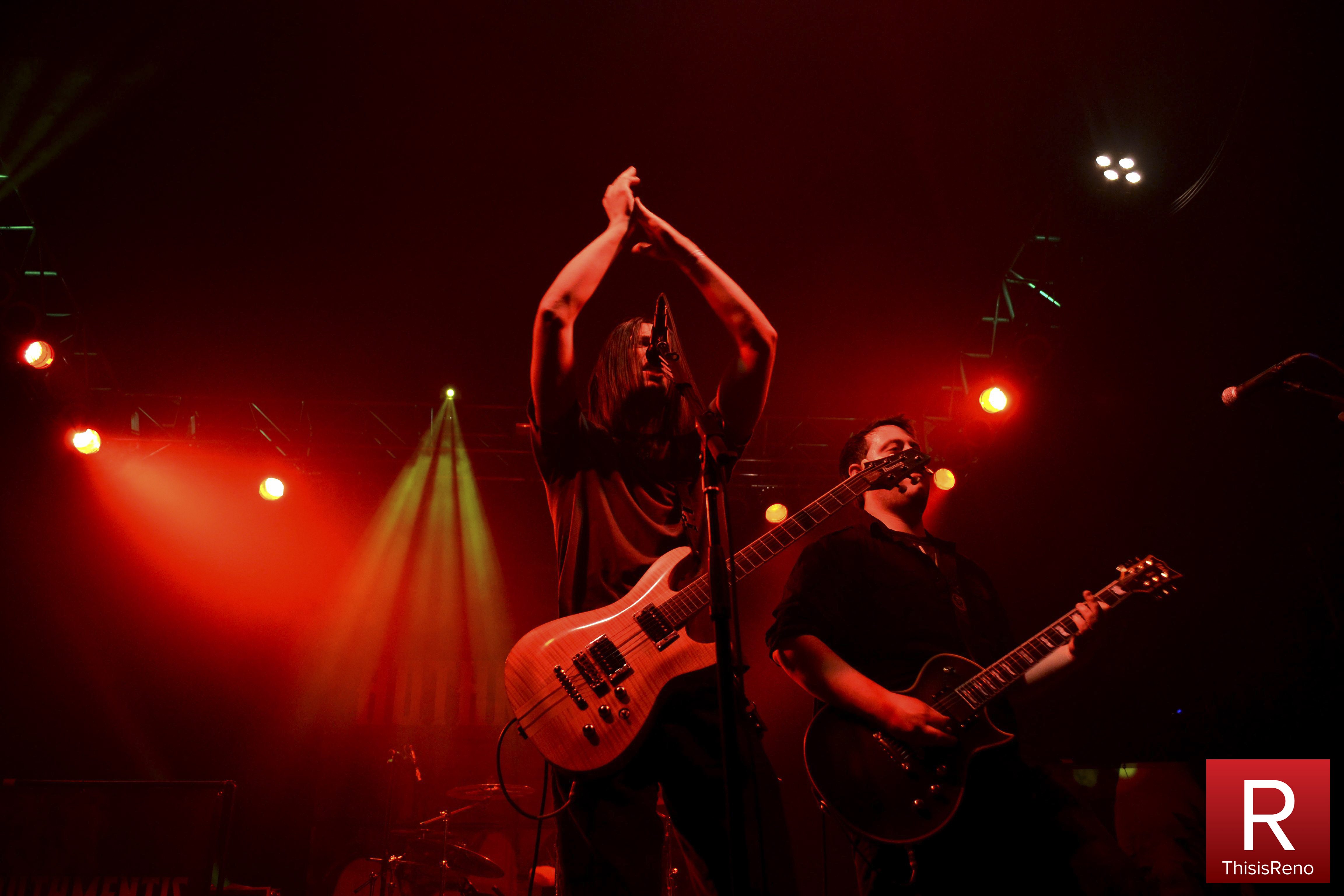 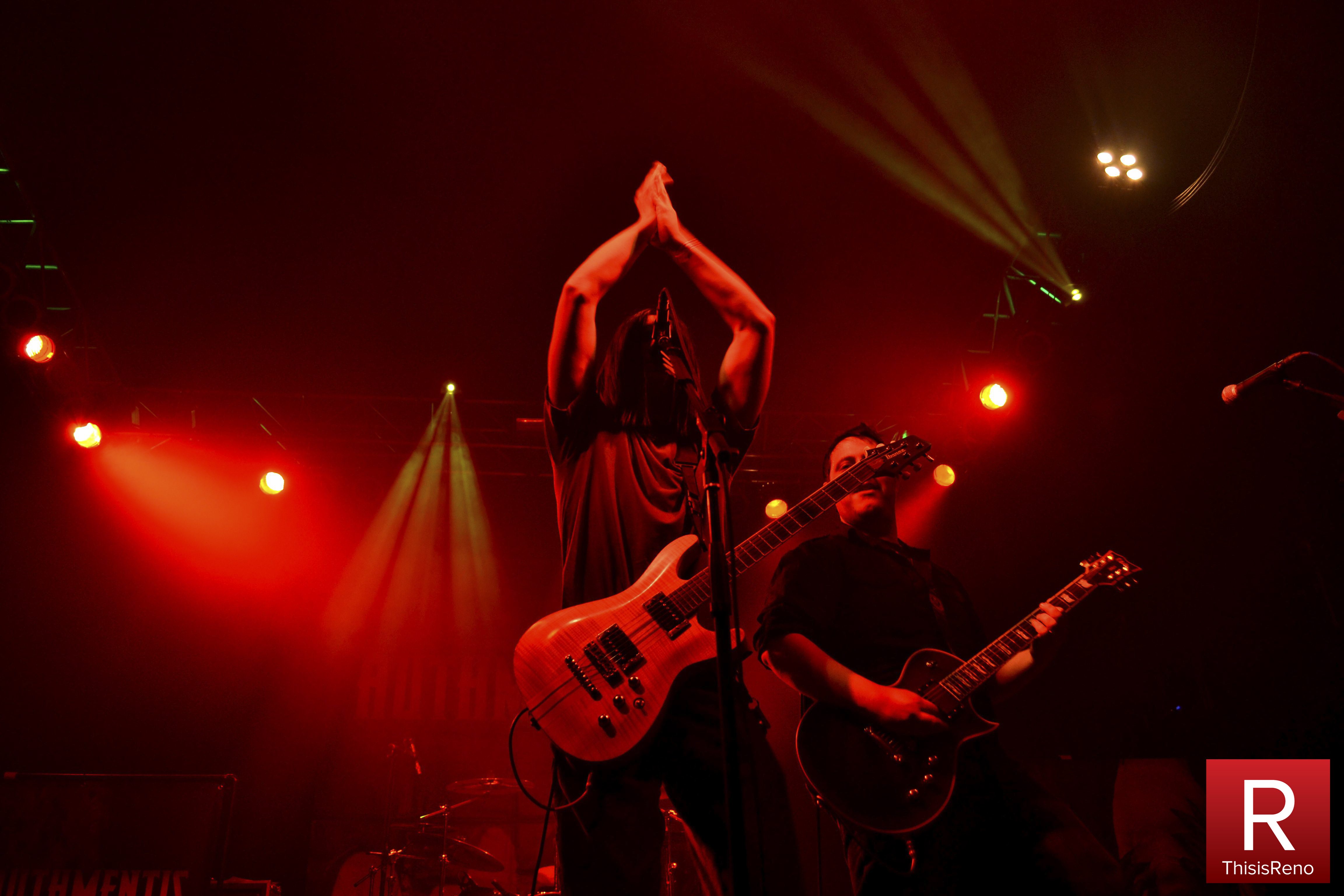 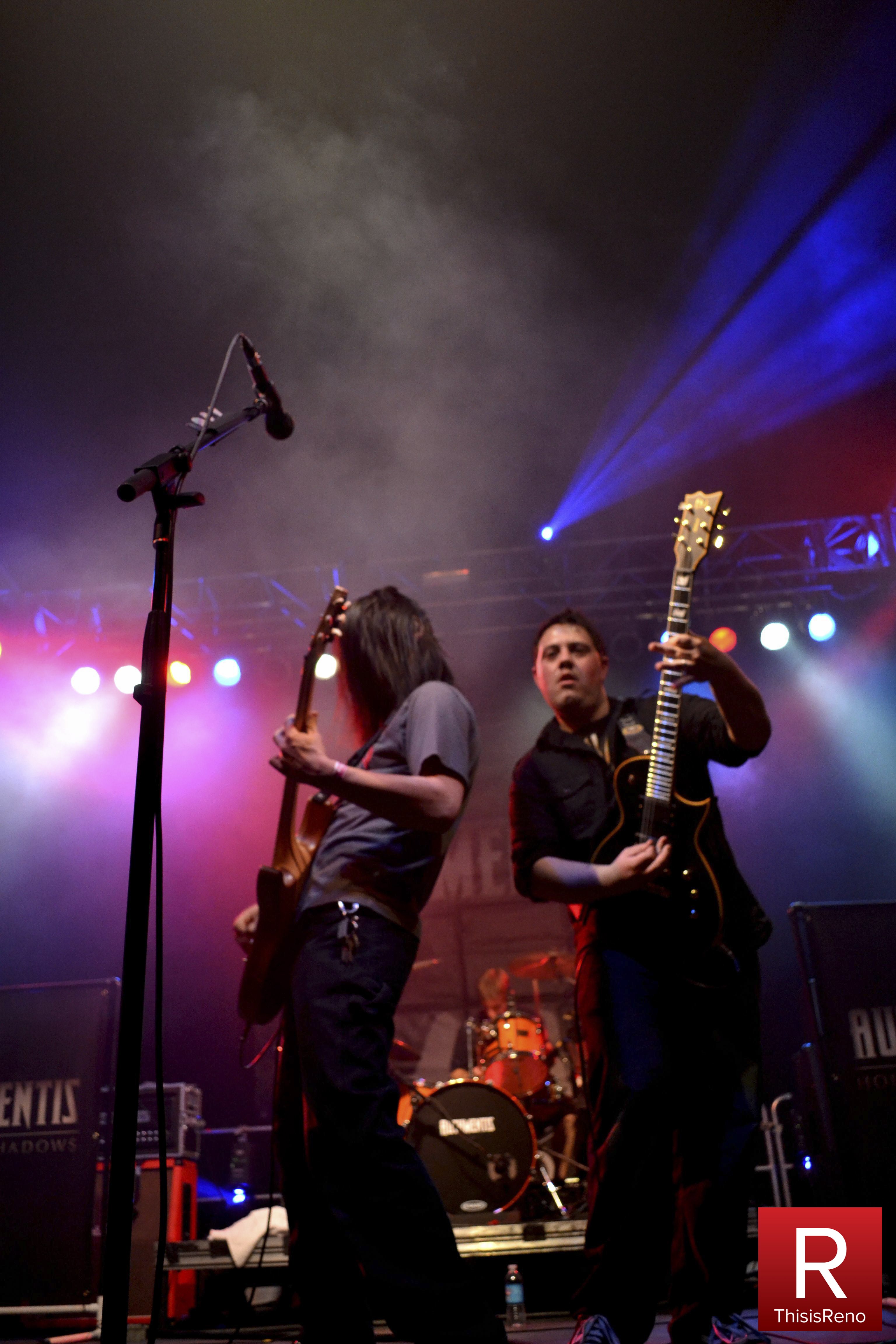 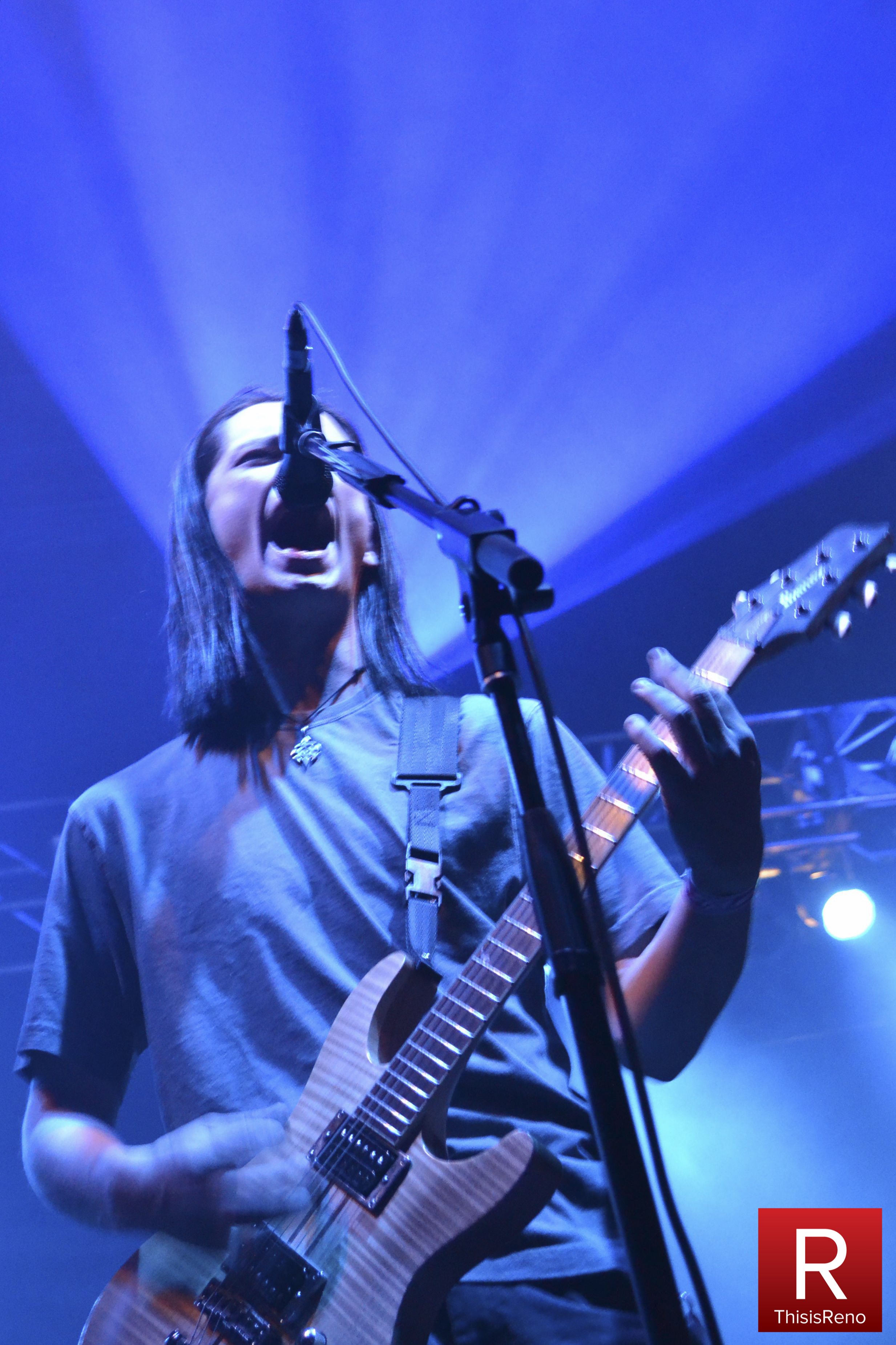 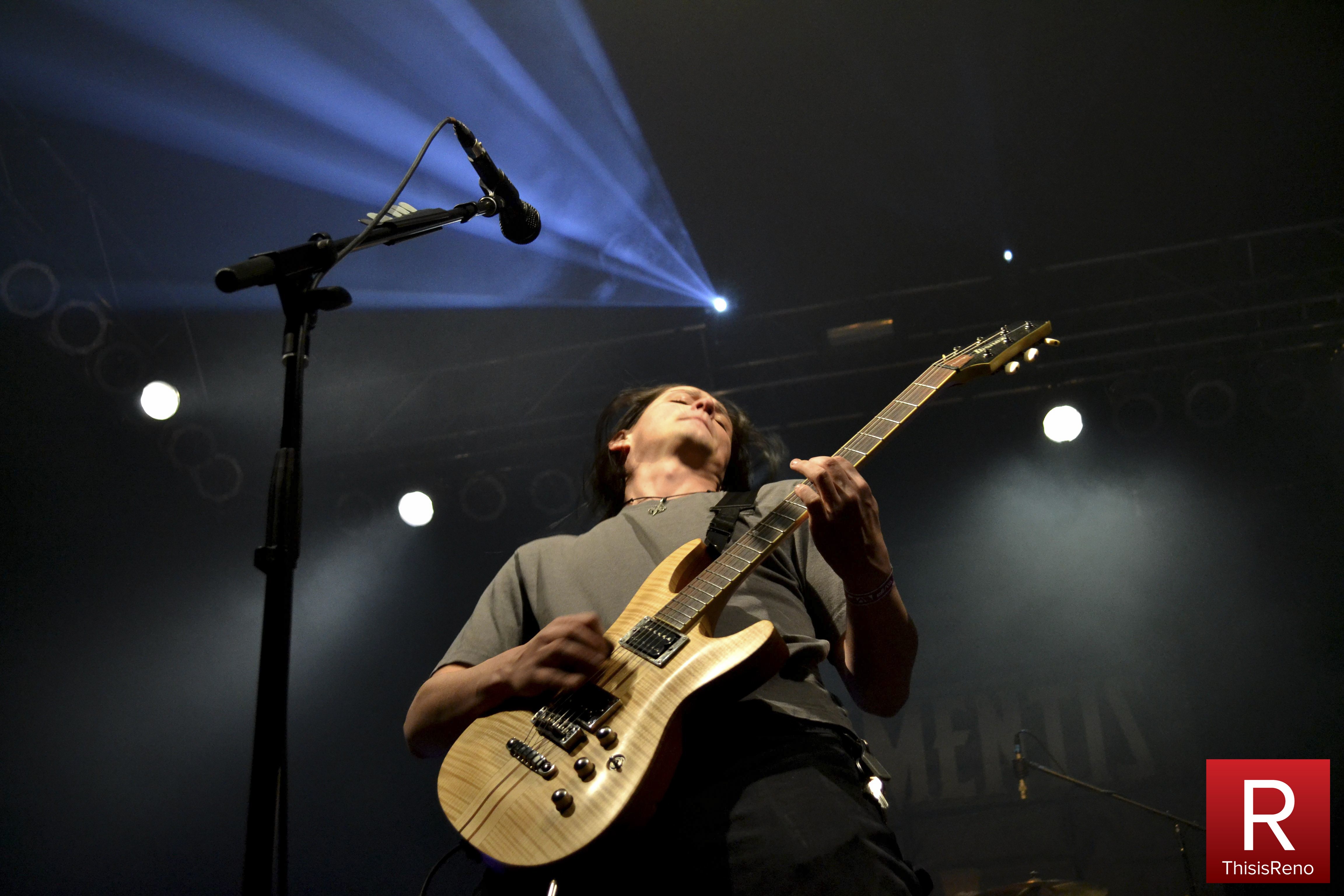 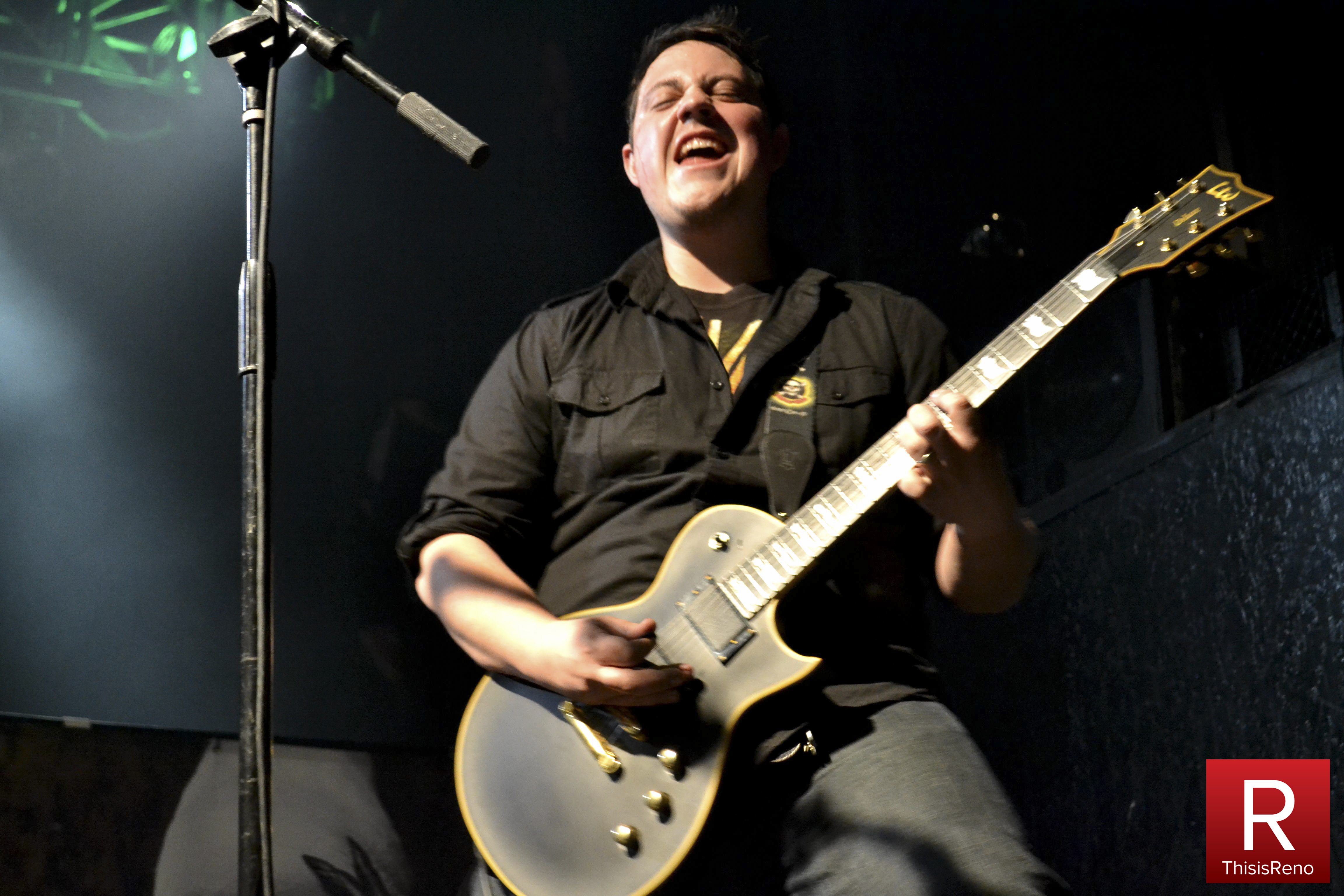 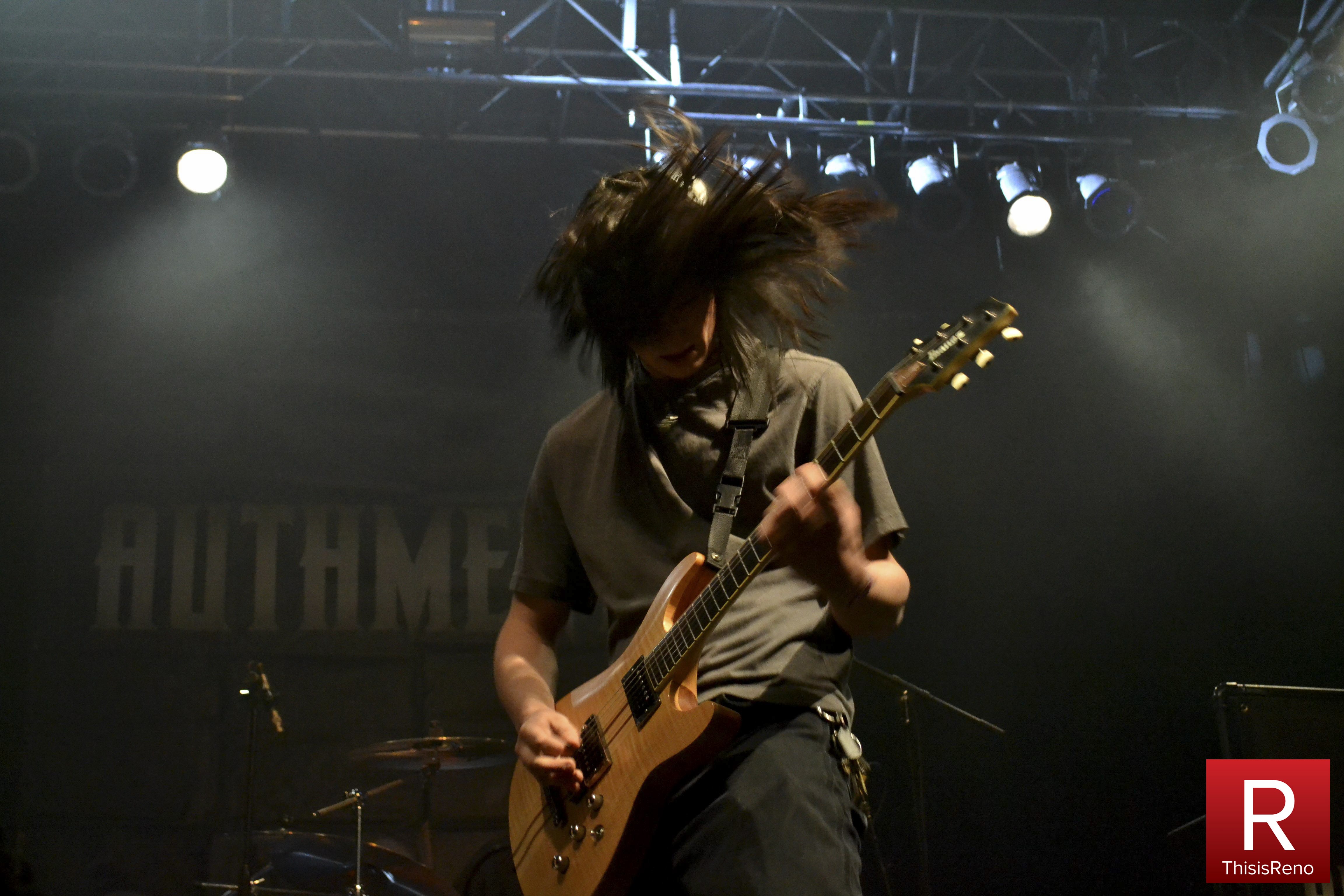 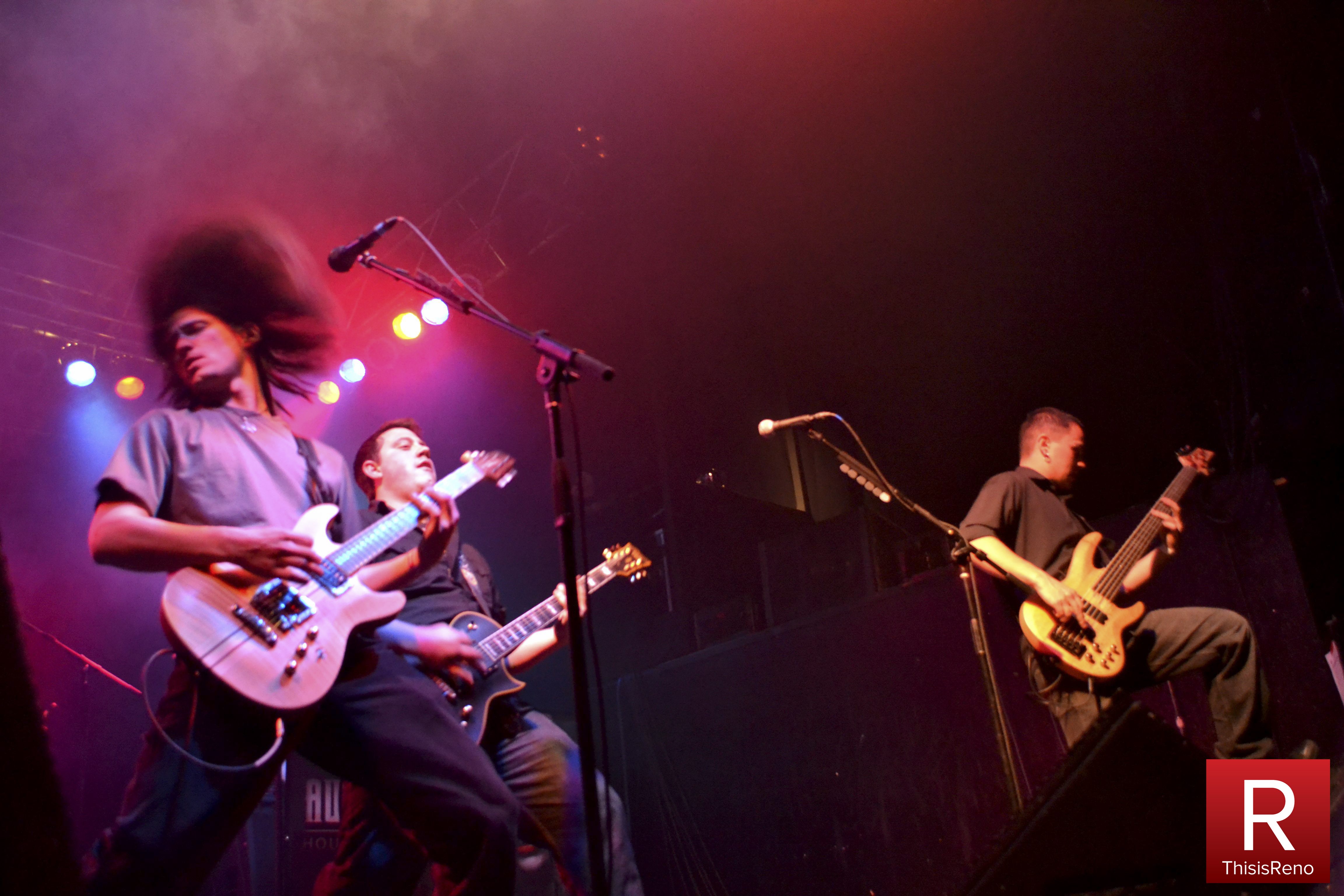 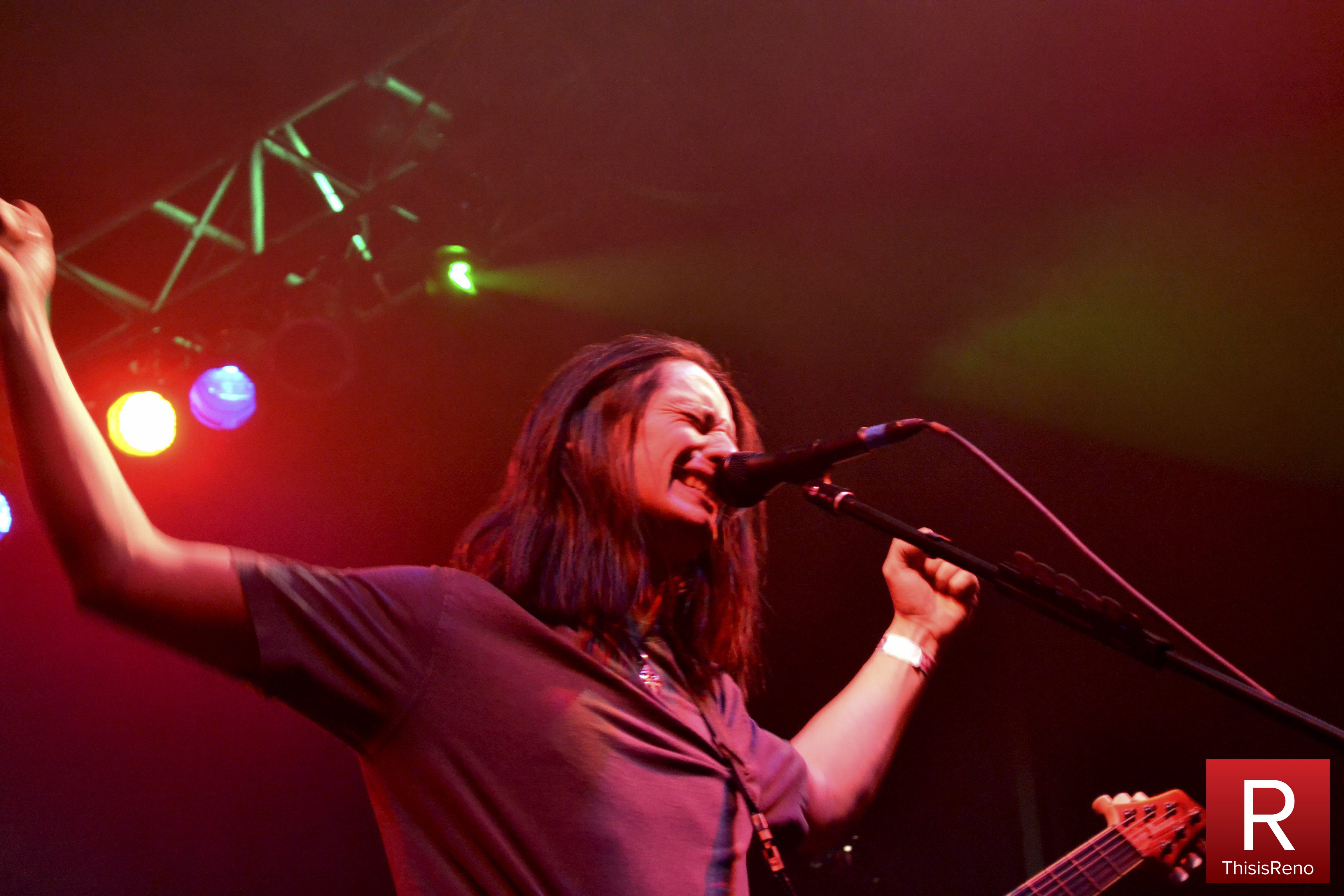 Authmentis, also known as Authmentis Original Mind, is a four-piece American Rock/Metal band based out of Reno, Nevada. Their music covers a variety of genres including acoustic rock, heavy metal, alternative rock, and classical music. The band plays all original songs when they play live. I’ve seen these guys play many times and they have a very strong fan base that seems to grow with every show.

The band was formed in 2005. Although there have been a few lineup changes (mostly drummers), the current lineup is the one that is known best. Band members include, Sam Spivey (lead vocals, guitar), Casey Alden (lead guitar, backing vocals), Matt Spivey (bass) and Dave Emerson (drums). 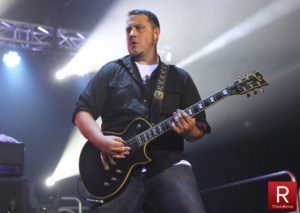 As a band that writes their own music, Authmentis creates songs that are structured both traditionally and progressively in nature and are often characterized as haunting, aggressive and melodic. They have released three albums to date, Original Mind (2007), House of Shadows (2011), and The Patient (2014).

The band has headlined or opened in venues such as the Cargo Concert Hall (Reno), Knitting Factory Reno and Boise, Lawlor Event Center (Reno), The Reno Underground and The Alley (Sparks). When not headlining, the band has opened for national touring bands like All That Remains, SOIL, Saving Abel, Trapt, A Skylit Drive and Dirty Penny. They have also been featured on Reno FM radio stations like the former 100.9 KRZQ Reno, BOB 93.7 and KDOT 104.5 Reno’s Rock Station.

The first time I saw Authmentis was by accident; I was covering Saving Abel and Red Line Chemistry at the Knitting Factory Concert House Reno on March 11, 2011. Authmentis (pre-Emerson on drums) was the local opener. I wasn’t paying much attention to the first band, I never heard of them and I didn’t care to shoot their set. After all I was there for the headliners.

As soon as Authmentis started their set, the band caught my attention right away. I couldn’t believe what I was hearing, these guys were killing it. The crowd was really getting into the show, girls were screaming, I had to see who these guys were.

I saw a girl that 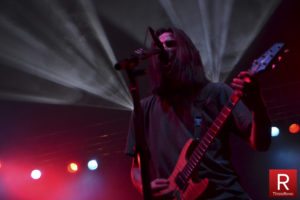 was up front with a bunch of her friends, all rockin out and loving this band that I never heard of before now. I asked her, “Who are these guys?” She replied, “That’s Authmentis, they’re my favorite band and they’re going to be rockstars someday, I love hearing them play.”

Well that was enough for me. I pulled out my camera and proceeded to shoot the rest of their set with amazement on how good they were. The whole band had such a great stage presence, it made them look like they have been doing this for years. And to top it off, they had a lot of people there to see them play.

After the set I wanted to meet these guys and find out more about them. And most importantly tell them, I hope the headliners were watching because they better step up their set or the local Reno band is going to steal the show.

Since that show, I’ve been following them ever since. I’ve become personal friends with them and continue to photograph them every chance I get. Their fan base has grown tremendously and continues to do so with every performance. In my opinion, all that’s left now is the right person seeing them at one of their shows and away they go, straight to the top of the charts.

As I always do with all my local Reno band feature stories, I ask each member in the band one question. Where do you see Authmentis in five years and if you don’t reach that goal, what then? 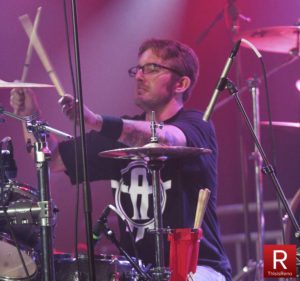 Sam Spivey replied, Where do you see Authmentis in five years and if you don’t reach that goal what then? a five year plan eh? lol. I’m sure the goals will be the same. write more music, play more shows, reach more people, make music videos, make album art, etc. etc. One can hope we will be doing these things at a capacity that means it’s out dayjob, and that the world knows Authmentis, but I’m very content with making great music however i can. I will never stop writing or performing, no matter what happens. So for me, there is no what then. Only forward momentum.

Casey Alden replied, “In 5 years there will still be Authmentis. A lot of that comes down to the band being more than just something to do for all of us. We all love music and we have all been friends for a long time. We take what we do seriously, but hanging out and making it fun is very important for us. In five years, signed to a label or not, we will still be Authmentis. If we don’t reach that goal, being in a band is most certainly not about putting all your eggs in one basket. When I meet someone in a band and they tell me their goal is to get signed in two years or try another band, I have to laugh a little. I try and tell them they need to expand their idea of what being in a band is all about, if you are doing it for you and you alone, you made need to change career paths! It’s not about fame or fortune, not that there’s anything wrong with being successful, it just takes time. If we don’t get signed to a label in the next five years, we will still be here. It doesn’t change why we started this band, and it definitely doesn’t make me want to stop being a musician. It can be hard, but why quit five feet from the finish line, just because you can’t see it, doesn’t mean it’s not right in front of you. We will continue to push forward and do whatever it takes to continue with our passion, and I’m sure there will be some kick ass music along the way.”

Matt Spivey replied, “In five years I would like the band to have a larger presence overall. Playing more shows, larger fan base, touring to other cities. Not really looking to become the next Metallica or Foo Fighters. This is something we love to do and I don’t ever want it to feel like work. If the band could make enough to support itself through our Patreon then I would be happy. I want to spread our music as far as we can and gather stories and friendships along the way.

“If that doesn’t happen I think I would just continue doing something in the field of music. Recording, live sound, stand in for live bands, even track bass for other musicians.”

Dave Emerson replied, “In five years I see Authmentis touring beyond the west coast. Hopefully we can branch out to other areas of the country to meet new fans and bands. I would like to open for more national acts on bigger stages and maybe get some type of support from a label if possible. If we don’t get a label offer its not a big deal. We have always had a DIY method in our band. If we cant branch out to other areas we will still play shows around the west coast and continue to record on a regular basis. Everywhere we have played has always been really supportive and we make fans and friends playing shows.”

Take my advice, if you see that Authmentis is playing a show near you, buy a ticket and go get your socks blown off.

As always, support your local bands and venues. Go to a show.

Rockbar Theater let’s the locals rock the house with Alisha...