Interview: The Return of Fall Silent

Not so silent after all these years 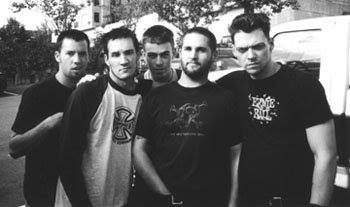 Fall Silent returns and answers a few questions for ThisisReno. Questions by John Tuckness. They are playing with local noise masters Elephant Rifle tomorrow at the Holland Project.

Why did the band break up?

Levi Watson: I quit the band back in 2003. I told the guys in the band that they can get a new singer and continue on and I wouldn’t care, but I just couldn’t be in the band anymore. Actually, if they got a good singer and writer, they probably would have done a lot better, if they worked hard. My vocals are what usually make people dislike our band. People have disliked the sound of my voice since the start, but it isn’t like I can change it that much. It is not like getting a new guitar or bass.

I was born with my voice and I can’t change it that much. I just do my best and hope that the lyrics and music can carry our group. As for the reasons I quit: It was mostly because we weren’t progressing like I thought we should. We had already been a band for almost 10 years by the time I quit, and it was too hard to keep struggling as a DIY band with other things in my life going on.

There were other people who needed me to focus my energies on other things, and I did that. I am one who believes that you should do a few things really well rather than a lot of things mediocre. I guess the rest of the group didn’t want to get a new singer, or they couldn’t find the right fit. I sort of stopped talking to them for a long time after I quit, so I don’t really know what happened as to why they didn’t continue Fall Silent. I would have liked if they got a really great singer and saw the success that their talents could have afforded them, but sadly, it didn’t happen.

Damon Watson: I was partying way too hard and way too much! Levi was having his first child and also wanted to finish college and have a carrier as a math teacher. Danny was having some pretty intense health issues at the time and it was just time to take a break and go try and be grown ups.

Are all original members back?

What have you guys been doing for, what has it been, 20 years?

Damon: It’s been about 13 years, and I have been trying to figure out how to be a grown up. I recently became a licensed barber and will be in a shop soon. Levi has been a math teacher for about 10 years now. Danny is a tattoo artist at evolution tattoo and Justin is a truck driver and construction dude. It’s a nice mix of things.

Why come back now, after being gone so long?

Damon: Why come back? Why not? It’s been too long since the scene has been unified and positive and fun! We are a family and want to rock again. It feels great to be back together and having fun.