PHOTOS: Grab That Pickaxe: Three places to go rock hounding outside of Reno 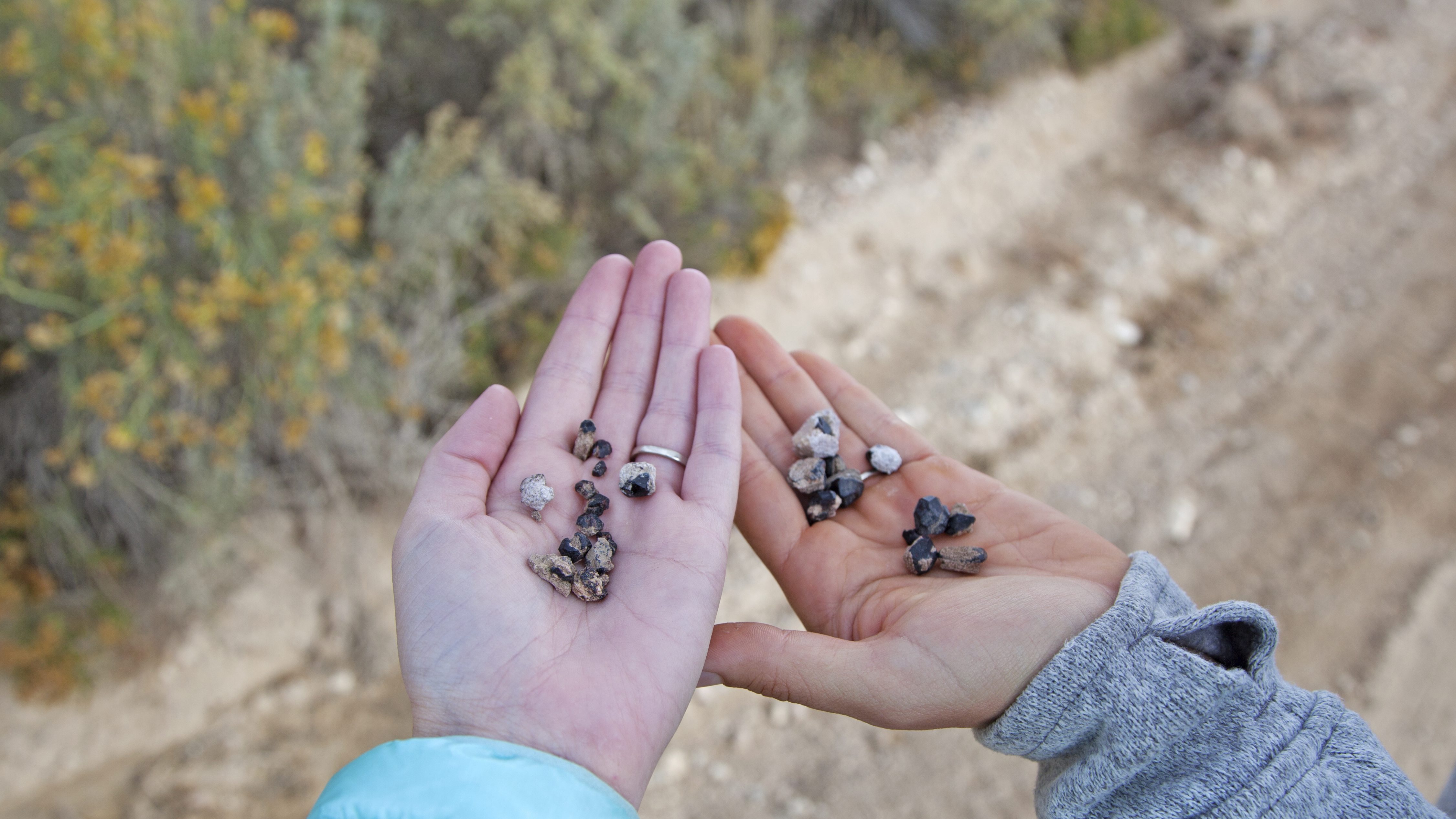 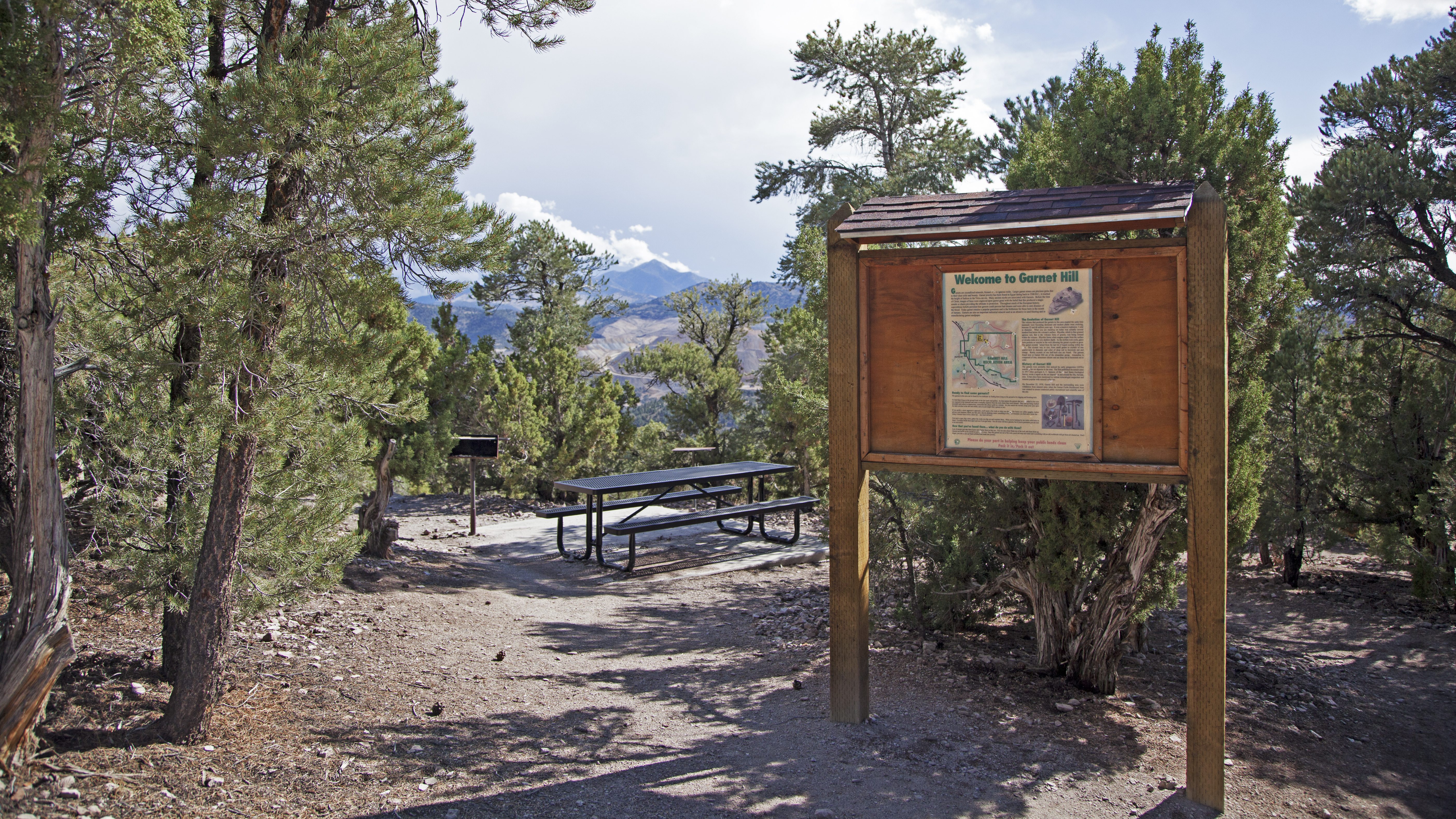 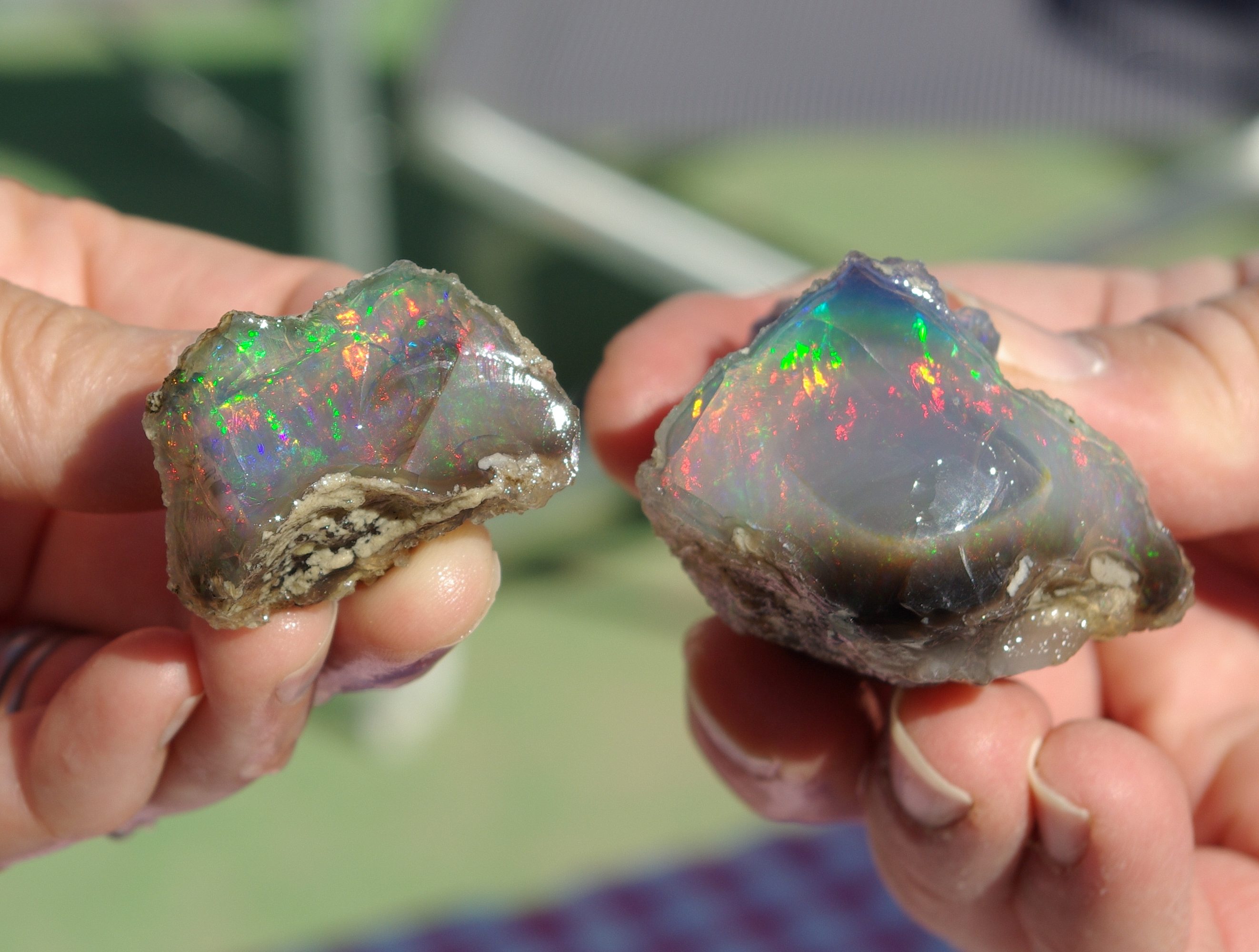 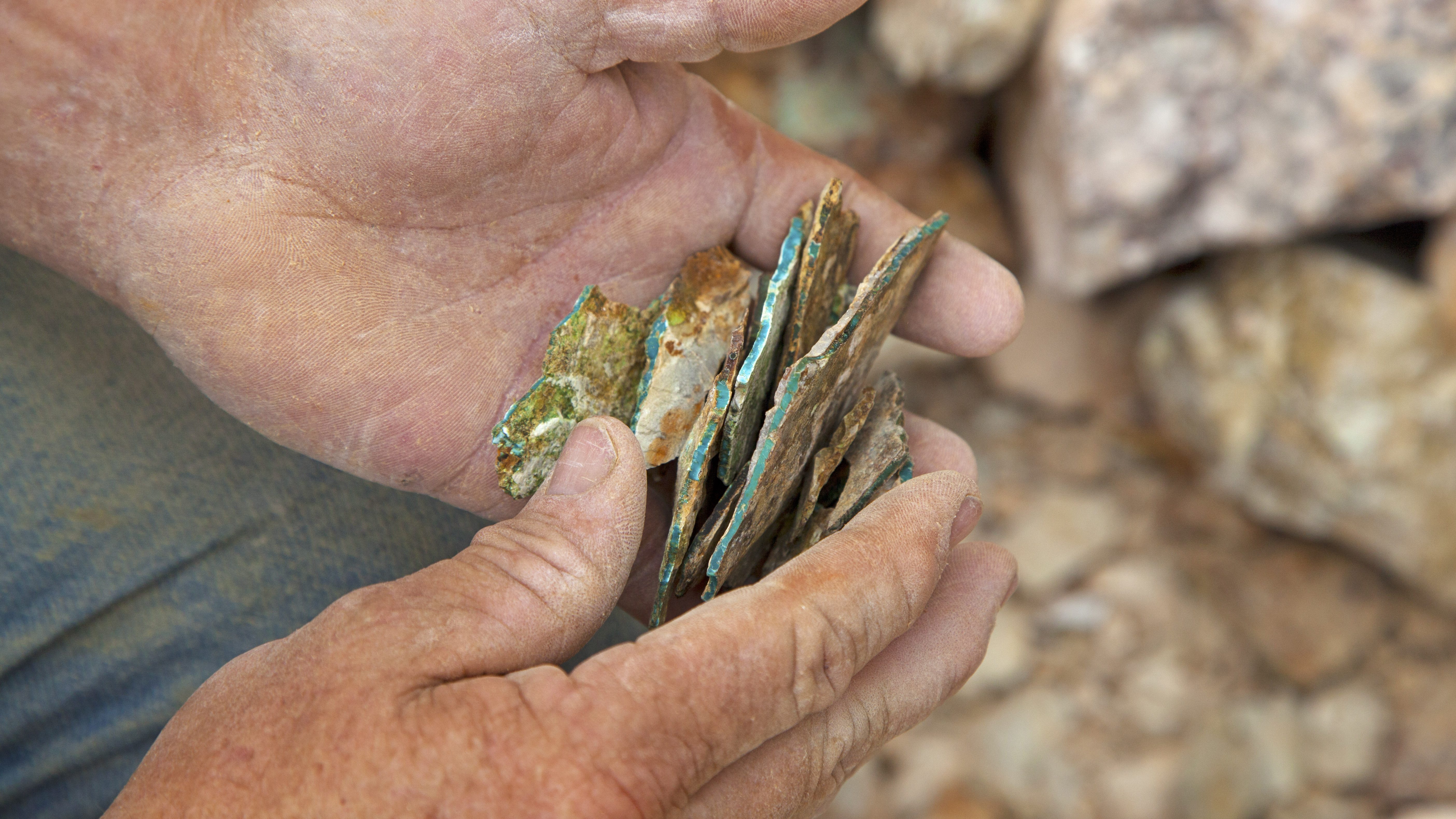 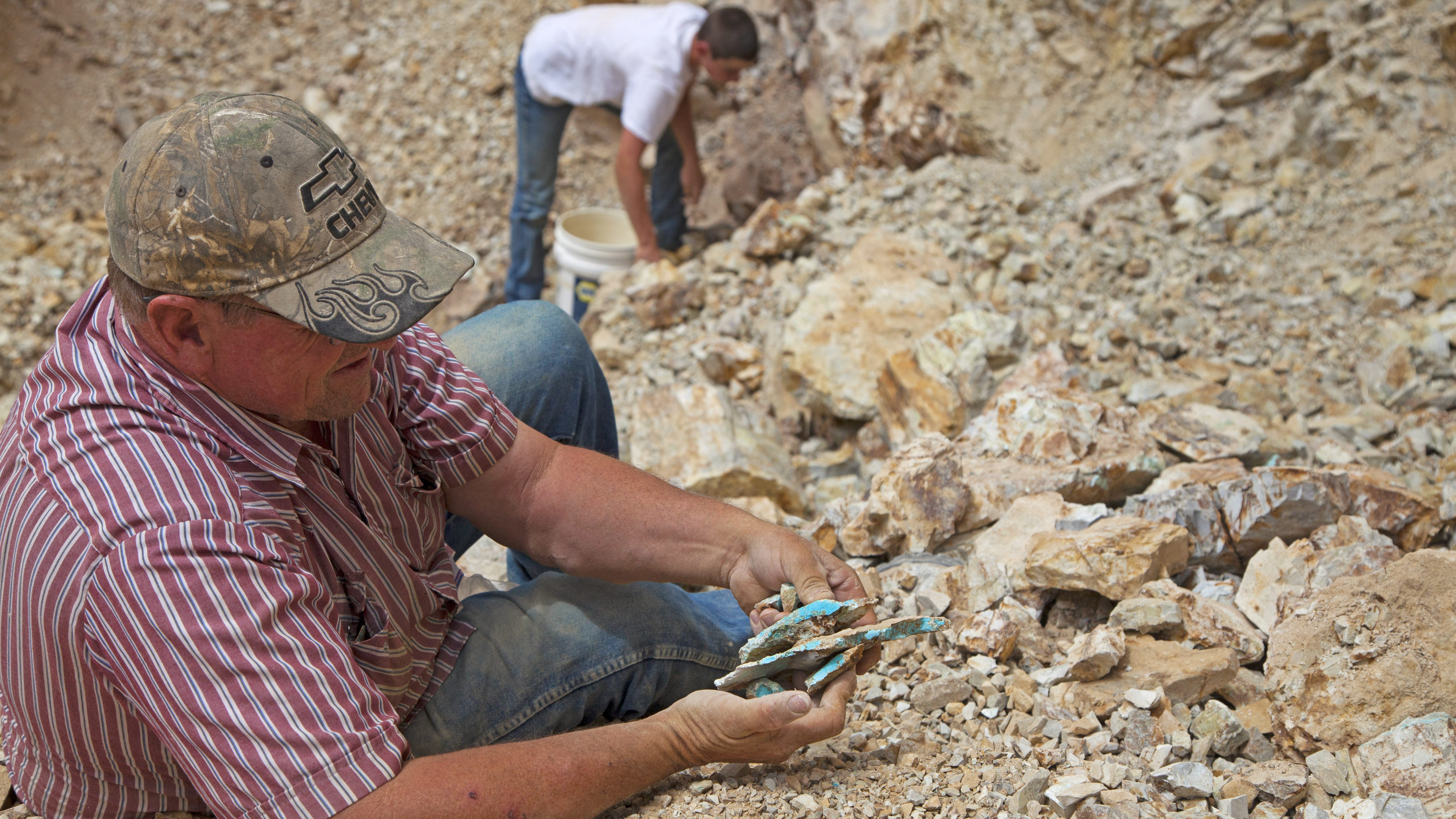 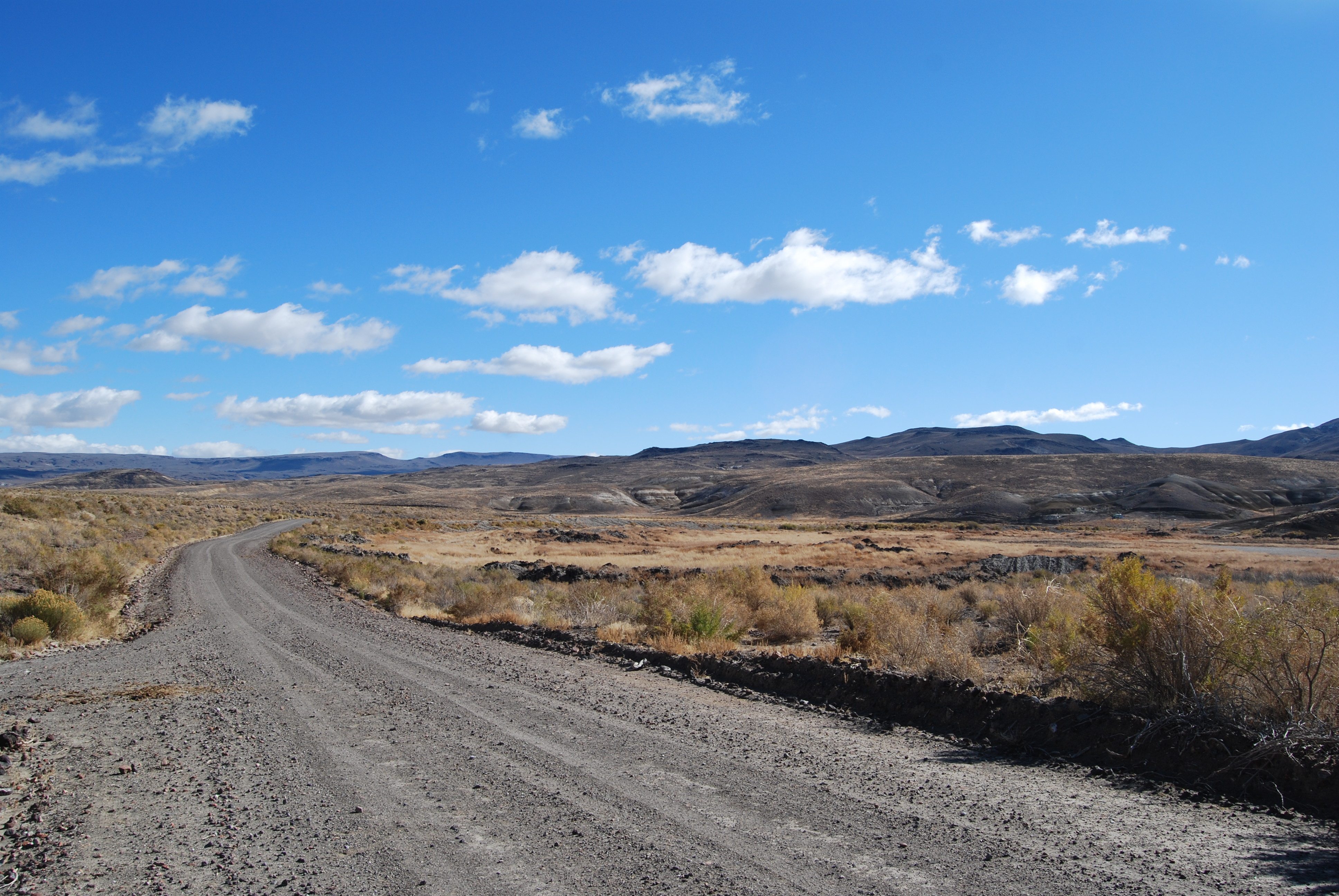 Before it was known as the place for quickie divorces, legalized gambling and the Las Vegas Strip, Nevada was about mining. In 1859, before Nevada was even a state, gold and silver was discovered in Six Mile Canyon, near what would become Virginia City, opening an era of silver mining and mining in general. Mining continues today in areas such as Elko and Carlin, home to some of the world’s top-producing gold mines.

Enough history. It makes you want to grab a pickaxe and hit something.

Luckily, you can: there are three places to rock hound in Nevada, and most of them will open for the season this spring.

Garnet Hill in Ely. About 320 miles east of Reno off U.S. 50, Garnet Hill in Ely is a designated rock-hounding area managed by the Bureau of Land Management. Here, you can search for garnets and take them home. No fees are charged.

The garnets are found inside volcanic rock called rhyolite, which is abundant in the area, according to Chris Ralph, Reno resident and associate editor of Prospecting and Mining Journal. The rhyolite has holes ranging in from the size or a pea to bigger than a walnut, and inside those spaces, you’ll find garnets.

“What you have to do is break rock, or you can look for things that people have missed,” Ralph said.

He advised bringing a sturdy hammer to break the rocks.

Garnets are gemstones, and the type found at Garnet Hill are a mixture of the spessartite and almandite varieties, according to Ralph. They are a dark red-brown, and usually not suitable for faceting and jewelry.

What else can you do in Ely? The town has an operational, historical railway, the Nevada Northern, and is about 60 miles from Great Basin National Park.

Royston Turquoise Mine in Tonopah. The Royston Turquoise Mine (about 237 miles south of Reno off U.S. 95) is an active mine that offers tours from April through October. It’s a little pricey — the tours cost $100 ($50 children ages 14-18) — but participants can dig through the tailing piles and keep the turquoise they find. Tours meet at the Mizpah Hotel in Tonopah; digging is limited to three hours.

Royston is owned by the Otteson family, longtime turquoise miners in the Royston District. They have retail locations: Otteson’s Turquoise inside the Mizpah Hotel in Tonopah and the Durango Silver Company in Durango, Colo.

What else can you do in Tonopah? Visit the Tonopah Historic Mining Park, where you can explore four of the original mining companies that worked the area in the early 20th century. The park tells the story of prospector Jim Butler and his 1900 discovery of gold in Tonopah — it involves a burro — via a 20-minute video. Visitors also can take the park’s self-guided walking tour.

Opal mines near Denio. On the northern edge of Nevada, almost in Oregon, there are three privately owned opal mines where for-fee digging is allowed, with tourist-prospectors keeping their finds. Most are looking to find a black opal — a rare type that displays iridescent colors.

All three mines — Bonanza Opal Mines, Rainbow Ridge Opal Mine and Royal Peacock Mine, are located in the Virgin Valley, whose geologic history explains the abundance of opals. The Virgin Valley is actually an ancient lakebed, according to mine owners. Eons ago, volcanic activities destroyed trees in the area, fragment of which gathered in the ancient lake and sank to the bottom. There, mired in the lakebed, those wood fragments disintegrated over time. Meanwhile, water and silica — a chemical compound found in nature — traveled through the lakebed sediment and filled in the space once occupied by the wood fragments.

That’s how the opals were created.

Finding them is another story. The mines are usually open mid-spring through fall, and costs vary depending on whether you’re digging through the tailing piles or bank digging (which involves using a pick on ground that hasn’t yet been mined).

This area is a little remote. Places to stay include the Denio Junction Motel, and the Virgin Valley Campground inside Sheldon National Wildlife Refuge (first come, first serve). The Royal Peacock Mine has some furnished cabins and trailers and an RV park. The closest city is Winnemucca, about 135 miles from the Virgin Valley.