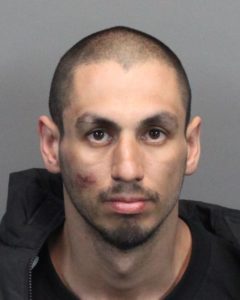 A 45-year-old man as shot to death on Wednesday evening, prompting an investigation by Reno Police (RPD).

After receiving numerous phone calls of shots fired, RPD officers and ambulance personnel attempted to save the man’s life but he died at the scene.

“The investigation has revealed that Galbraith knew the male victim,” RPD said in a statement.  “Galbraith was booked into the Washoe County jail on a charge of open murder with the use of a deadly weapon as well as assault with a deadly weapon and violating an extended domestic violence protection order stemming from a separate case.”

The name of the deceased will be released after notification of next of kin.

Although the suspect in this case has been arrested, RPD said the investigation is ongoing. Anyone having information is asked to contact the Reno Police Department at 334-2188, Secret Witness at 322-4900, www.secretwitness.com, or text the tip to 847411 (TIP 411) keyword – SW.