Reno Arts Fix (Dec. 15): Photos of A Christmas Carol and The Farce Awakens 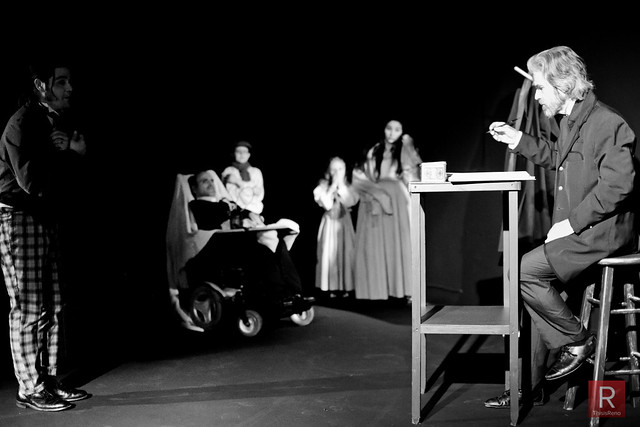 This week we look at A Christmas Carol presented by Laughing Owl Productions and The Farce Awakens presented by the Merry War Theater Group.

A Christmas Carol is one of the staples of the holiday season. A timeless story that has been told in many different ways. Laughing Owl Productions retells this Dickens classic in a very traditional and minimal way.

A sparse set, theater in the round style seating, a group of talented actors and the feeling of an intimate space, make the perfect combination for the audience to feel as part of the performance in this emotional telling.

As with most plays at Laughing Owl there’s an emphasis on dialog. In this rendition of A Christmas Carol, the added narration from the cast made it a very entertaining experience. As for me, I can say that it brought me deeper into the story.

Chip Arnold, Gillian Palmer, Don Philips, Alexandria Pauletto were among the twenty talented actors. Directed by Dave Anderson, this is a serious production that will not leave you wanting. I highly recommend seeing this performance to celebrate the holiday season. Playing through December 27th.

Take a look at the slide show for a sneak peek. For more information, check out their website: laughingowlproductions.com. 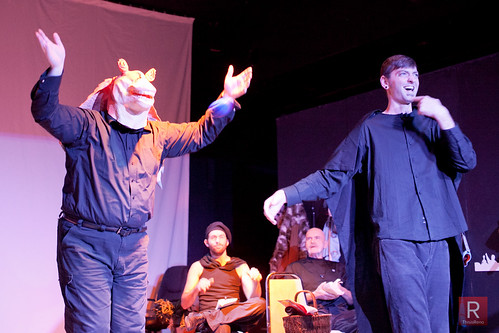 This is the third year that the Merry War Theater Group has created this fast paced, audience fueled journey into laughs and fun! As you can imagine, this is episode three of their Star Wars inspired tale.

The cast played it fast and loose to entertain the audience, even to the point of inviting them to participate in the action.

This was a one weekend engagement only, so if you missed it this year, you’ll have to wait until 2016 to see the next chapter in person. Look at the slide show and get a glimpse of the fun that was had.

To keep up with what the Merry War Theater Group is offering in the months to come check out their website: merrywar.com.

The Reno Chamber Orchestra is getting ready for the 12th annual Nevada Chamber Music Festival! From December 26-31, musicians from around the world once again gather in Reno to perform the masterworks of chamber music in ten performances. For more information here is a link to their website; renochamberorchestra.org

Kowalik, a World Champion Irish Dancer with an additional five North American Irish Championships, began his performance career playing the role of Billy Elliot in London’s West End at the age of twelve. At 13, he opened the show on Broadway and won the 2009 Tony Award for Best Performer by a Lead Actor in a Musical.

“SIAMSA – A Celtic Christmas”, the signature holiday production of The Reno Irish Dance Company, was written, produced, choreographed and directed by Amanda Coulson. SIAMSA is the tale of a young girl, Holly, searching for the true meaning of Christmas.

Her search takes her from village to village, where she encounters the many festive traditions and quirky customs of the Celts. Holly is played by the young and talented Olivia Swearingen of the Carson Valley.