Zombies Drink Booze Instead of Brains at 2015 Zombie Crawl 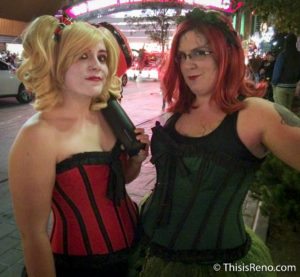 With 51 participating bars, “jam-packed,” according to Ed Adkins, my guru guide to all things alcoholic and festive. It’s a safe guess everyone felt like zombies come 6 am when the all-night rager ended.

Cups were already selling out by 8:30pm, with about two boxes left and a line stretching to the island bar in the middle of Harrah’s Plaza.

Ed Adkins – the man behind the curtain for damn near every crawl in Reno – was almost electric with energy as he told me the origins of the Reno Zombie Crawl. Apparently it started with him having his birthd 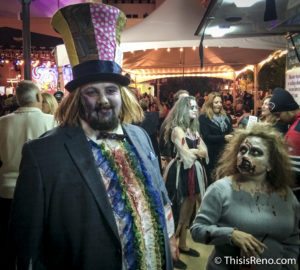 ay land on a Friday and instead of throwing a party he decided to find one, throwing up flyers and getting around 300 people roaming bar to bar, kicking off the first zombie crawl.

“We’ve got a teddy bear taking a picture with a group of zombies…I love this city so much,” he said. “I have never lived anywhere so fun. I have never lived anywhere where people were so excited to come out and enjoy themselves. Where people accept each other. That’s the coolest thing about the crawls, you don’t see anyone walking around here too cool for each other. Everybody says, ‘hi-five’, you’re a part of the gang’. This is like a 20,000 person house party. I love this town. This is the best place in the whole world.”

Eight years later he’s chasing down costumed participants to excitedly show me while still mic’d up. From 300 to 2 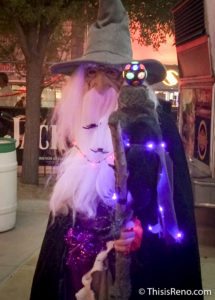 0,000ish people, Ed, and his partner-in-crawls Heidi, Adkins are spreading cheer the way a zombie spreads its disease. Happy Halloween, everyone. 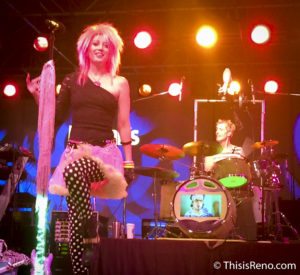 You can find more epic crawls on crawlreno.com