Sheriff’s Office Looking for Person of Interest in ATV Theft 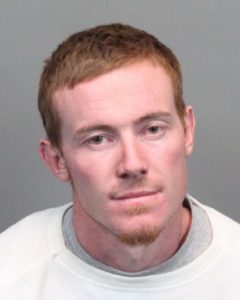 The Washoe County Sheriff’s Office (WCSO) is looking for a person of interest in a theft of an ATV and utility trailer from a Sparks home.

WCSO detectives identified Jason Richard Rocco (pictured) and an unidentified person as potentially having information pertaining to the investigation.

Rocco, age 31, is believed to be driving a green 1995 Chevy Suburban with a California license plate numbered 6VUE631.