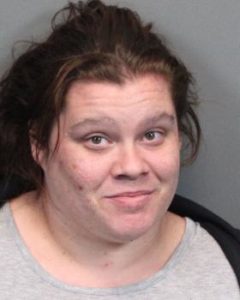 A Fresno man and Reno woman were sentenced to prison this week after pleading guilty to robbery.

Jasmine Sanchez, 26 of Fresno, and Debra Griffin, 27 of Reno, were sentenced in Washoe County District Court.

According to the Washoe County D.A.’s office,

The case against Sanchez and Griffin began on March 6, 2015 when the Sparks Police Department responded to a robbery call involving a 63-year-old Reno man.

The victim reported being robbed and beaten while helping a homeless couple start a motorhome they were staying in.

According to the investigation, the victim was attempting to jump start the vehicle with his own motorhome when he invited Sanchez and Griffin into his vehicle to stay warm.

A short time later, he was confronted by Sanchez who had his keys.  Sanchez started 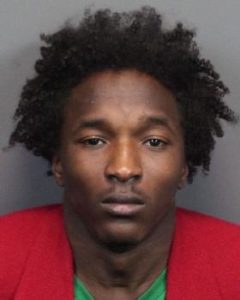 punching the victim in the face and head, while Griffin began hitting him with a rock.

At one point, Griffin let out two dogs that were in their motorhome and Sanchez commanded the dogs to attack the victim. The victim was then bitten on the arms and back by the dogs and also received a bite on his back from Sanchez.

During the robbery, the victim’s keys, cell phone and money from his wallet were stolen.

When interviewed by police, Sanchez admitted to beating the victim and said that, after punching him, he thought he had killed him.

Both pleaded guilty in August.