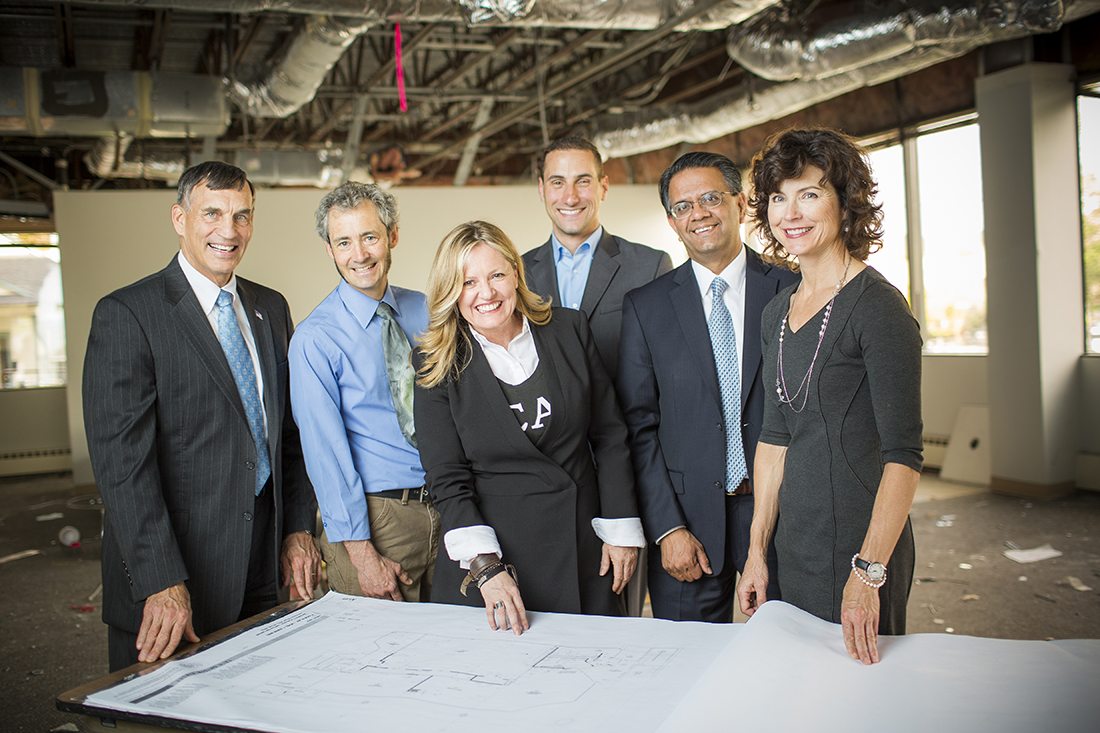 Share
Facebook
Twitter
WhatsApp
Linkedin
ReddIt
Email
Print
Copy URL
The vibrant, innovation ecosystem taking hold in Nevada will be further strengthened thanks to an investment by Switch, the recognized world leader in data-center development and mission-critical operations. Switch is funding the half-million-dollar interior build-out of the University of Nevada, Reno’s Innevation Center in downtown Reno, creating a hub of innovation and commercialization.

The Innevation Center, “powered by Switch,” will be a collaborative environment for the entire northern Nevada community, where University students, faculty members and researchers will engage with entrepreneurs, investors, commercialization experts and community leaders. Similar in style to the successful Innevation Center in Las Vegas, created and built by Switch founder and CEO Rob Roy, the Innevation Center in downtown Reno will feature creative furnishings and interior spaces to inspire the entrepreneurs, non- profits and meet-up groups that will use the facility for events. Through his support of these Innevation facilities, Roy is “paying forward” the success of Switch and helping empower Nevada’s next generation of economic leaders.
“From the time we purchased the building, the University’s sights were set on contributing to the vibrancy of downtown and the economy of our region,” Heidi Gansert, University executive director of external affairs, said. “The partnership with Switch significantly elevates the presence and impact of this project and connects it to a statewide innovation network. This is more than an investment in the University; it’s an investment in Nevada and in our future workforce.”
“Rob Roy started the Innevation Center in Las Vegas to be a collaborative workspace to drive Nevada’s new innevation economy. With the addition of the Innevation Center at the University of Nevada, Reno, we will now be able to collaborate statewide. This will make Nevada an example for the rest of the country,” said Kristi Overgaard, Switch executive vice president of awesomeness.
Switch announced plans in January 2015 to develop a $1 billion, 3 million square-foot SUPERNAP data center on 1,000 acres of land near Reno. In his 2015 State of the State Address, Nevada Governor Brian Sandoval said: “This will make Nevada the most digitally connected state in the United States.”
“The commitment of Switch to northern Nevada enhances the status of the Reno-Tahoe region as an internationally recognized launch-pad for start-ups and commercialization of innovations and advanced technologies emerging out of the University and the state of Nevada. When viewed with their presence in southern Nevada, it demonstrates their statewide commitment to business diversification and economic development,” Mridul Gautam, University vice president of research and innovation, said. “With the support of Switch, the Innevation Center will propel the incubation of new start-ups and further accelerate the growth of the knowledge-driven economy.”
The 25,000-square-foot, four-story facility is slated to open in late summer 2015. Located at 450 Sinclair Street at the edge of Reno’s emerging Midtown district, it is approximately 1.25 miles from the University’s main campus and three blocks from Reno’s City Hall.

The Innevation Center will offer co-working, conference and meeting space, and a makerspace with resources and equipment to support development of prototypes and minimize the design-cycle time. Mentoring by industry executives and experienced entrepreneurs plus the opportunity to make connections with external networks and access to capital will be extended through the Innevation Center. A Welcome Center on the ground floor will offer University information, a Wolf Shop satellite location and a ticket office for University events.
The Innevation Center will also be home-base for three industry-focused, University initiatives: Nevada Center for Applied Research, Nevada Industry Excellence and the Nevada Advanced Autonomous Systems Innovation Center. NCAR will be a stand-alone applied research and technology service center focused on making Nevada businesses internationally competitive by leveraging the state-of-the-art laboratories and intellectual assets of the University. NVIE, a statewide Manufacturing Extension Partnership hosted by the University, helps Nevada companies become industry leaders by providing resources to improve processes, efficiencies and productivity. The University’s NAASIC (“nay-sic”) is supported by a $3 million grant from the Governor’s Office of Economic Development Knowledge Fund to advance technologies and partnerships in autonomous systems, which includes land-based, aerial and stationary robotic systems; advanced manufacturing systems; and autonomous road vehicles.
The University acquired the 25,000-square-foot office building from the City of Reno through a lease-to-purchase agreement in early 2014.
“I am thrilled to see Switch and the University join together to further solidify downtown Reno as an emerging, energetic center,” Reno Mayor Hillary Schieve said. “This project demonstrates the impact that comes with being a ‘University Town’ and starts to bring it to life.”