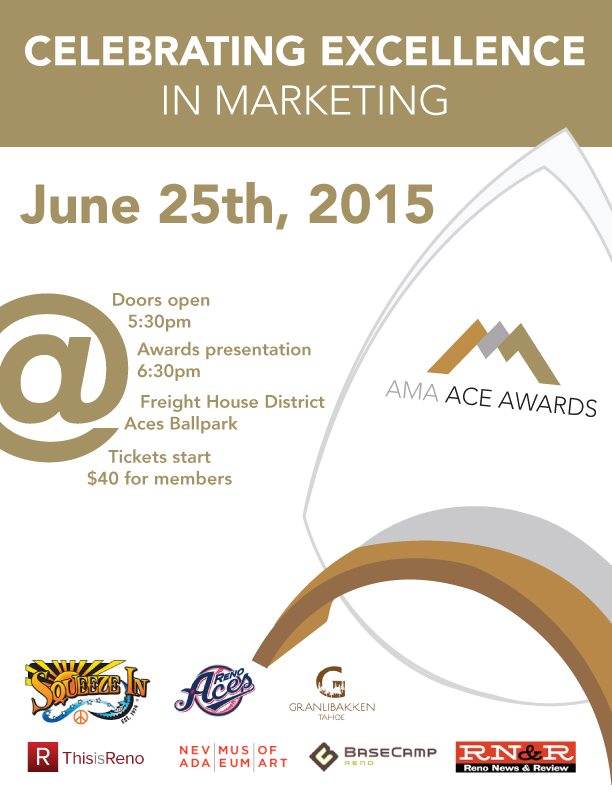 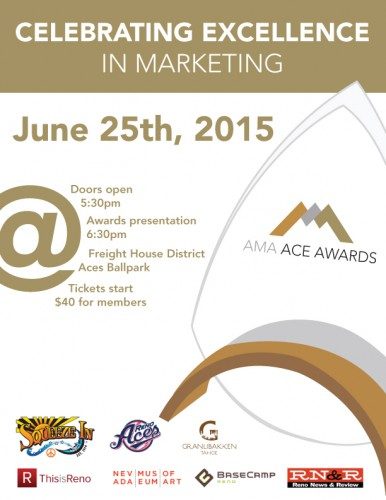 The Reno-Tahoe AMA is recognizing the best in local traditional and digital marketing at its 2015 Ace Awards event at the Freight House District on Thursday, June 25, 2015.

Among those honored are community outreach all-stars and renowned Reno/Tahoe businesses that conducted and submitted top-notch marketing initiatives in the past year.

Now in its 27th year, the annual Ace Awards recognizes brand engagement excellence within the community. This year, more than 140 nominations were submitted across 12 categories, the highest volume ever received. These were ultimately narrowed down to 52 finalists based on the board’s review of the submissions.

One winner per category, plus a “People’s Choice” and “Influencer of the Year” award, will be announced during Ace Awards event. The event includes food, drinks, networking opportunities, and will be emceed by Constance Aguilar of The Abbi Agency.

A record year for People’s Choice as well, the award was determined by over 1,500 participating voters asked to pick their favorite local marketing initiative of the year from all nominations.

The “Influencer of the Year” award is an award voted on entirely by the organization’s board members, as a person within the community who has deeply influenced the marketing community in the past year.

The Ace Awards are open to the public. The festivities begin at 5:30 pm, and the award ceremony will begin at 6:30 pm.

Go here to register for the event.