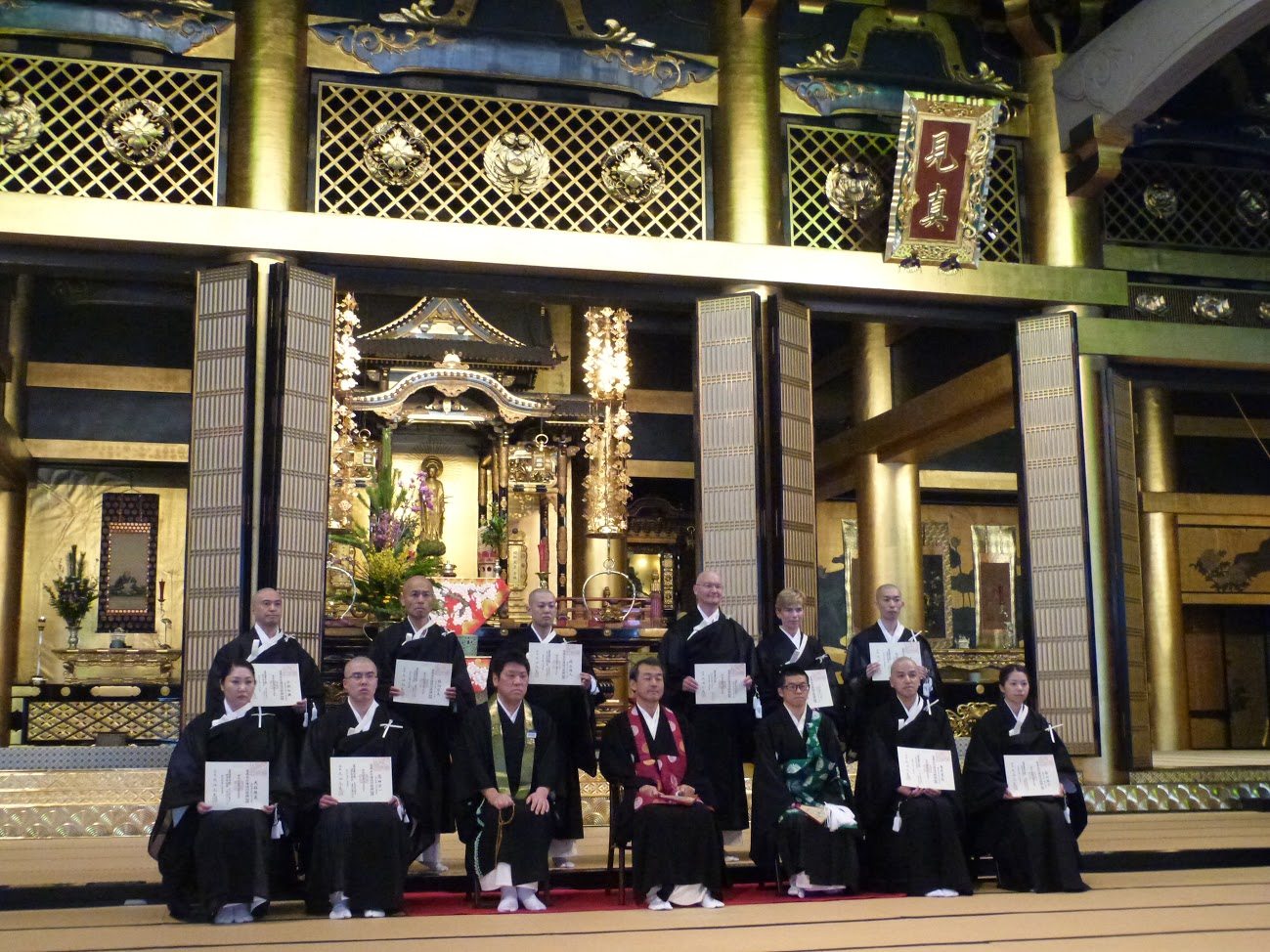 In March 2015, Shelley Fisher, assistant priest at the Reno Buddhist Center, was invited to participate in a traditional Tokudo ordination ceremony in Japan, which took place at the Reno center’s parent temple, Higashi Honganji. Fisher has the honor of being the first American woman ordained at the Japanese temple and the first woman ordained as a Shin Buddhist priest in Nevada.

Fisher grew up in Squaw Valley, where she considered the mountains her temple and beauty and synergy her teachers. She studied international relations and Buddhism while in college at the University of California at Davis. She went on to become director of religious education at the Unitarian Universalist Fellowship of Northern Nevada, before moving to the Reno Buddhist Center in 2003, where she was appointed assistant priest in 2008. She now leads the childrens’ Dharma School.

Reno Buddhist Center currently has over 100 members and is host to many group activities including various meditation classes, Dharma book study, yoga, Feldenkrais, Tai Chi, AA-Eyeopener and the new service project a “pay what you can” community cafe called Moon Rabbit Cafe. Everyone is welcome!