Forums designed to give lawmakers, parents, teachers the chance to learn and ask questions 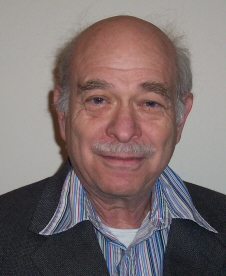 Two nationally recognized educators — both critics of the controversial Common Core State Standards — are scheduled to participate next week with representatives of the Nevada Department of Education in two public examinations of the pros and cons of Common Core.

The visiting experts are Dr. James Milgram, former member of the NASA Advisory Council and professor emeritus of mathematics at Stanford University, and Dr. Sandra Stotsky, professor emerita at the University of Arkansas’ Department of Education Reform. Stotsky is renowned for developing some of the country’s strongest sets of academic standards for K-12 students while serving as Senior Associate Commissioner in the Massachusetts Department of Education.

The teleconferencing to Grant Sawyer will allow question-and-answer opportunities for attendees in southern Nevada, says Ann Bednarski, chairwoman of Citizens for Sound Academic Standards (C4SAS), the organization that arranged the Common Core events.

Common Core is a copyrighted set of academic standards commissioned by the National Governors Association Center for Best Practices (NGA Center) and the Council of Chief State School Officers (CCSSO). All but four states have adopted these standards, many with modifications. In Nevada, the standards were adopted verbatim and are officially called the Nevada Academic Content Standards.

Doctors Milgram and Stotsky were members of the NGA and CCSSO Common Core standards-validation committee. Both, however, refused to sign-off on the standards and are now active critics of Common Core.

Nevada’s symposiums “are a big deal,” says Stotsky. Although parents across the country are becoming upset, she says, no one wants to talk to them — not even U.S. Secretary of Education Arne Duncan.