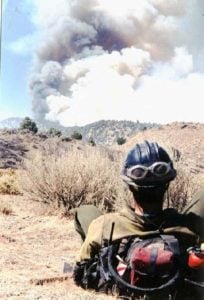 The Bureau of Land Management (BLM) is seeking highly motivated, energetic, and qualified candidates to fill several positions throughout the Desert Basin Zone (DBZ) Fire and Aviation Program for the 2015 fire season. The DBZ includes the Winnemucca and Battle Mountain districts.

Living quarters are available at both locations during the fire season. The normal length of employment is from May through mid-September for any seasonal position within the Desert Basin Zone.

Applicants must be 18 years of age or older and a U.S. citizen. Selected individuals are subject to random drug testing prior to and during their time of service. A “pack test” will be administered upon employment in which the individual must carry a 45-pound pack for 3 miles in less than 45 minutes. The pack test is a requirement for those hired in primary firefighting positions.

Interested applicants must go to www.usajobs.gov and submit their applications online.

Please visit to get more information about the BLM Nevada Fire and Aviation program and to access links to assist with applying for jobs. The first cutoff date for applications is January 13, 2015.

Circle your wagons at the California Trail Center during Cowboy...

Fast-track approach picks up the pace on renewable energy without...